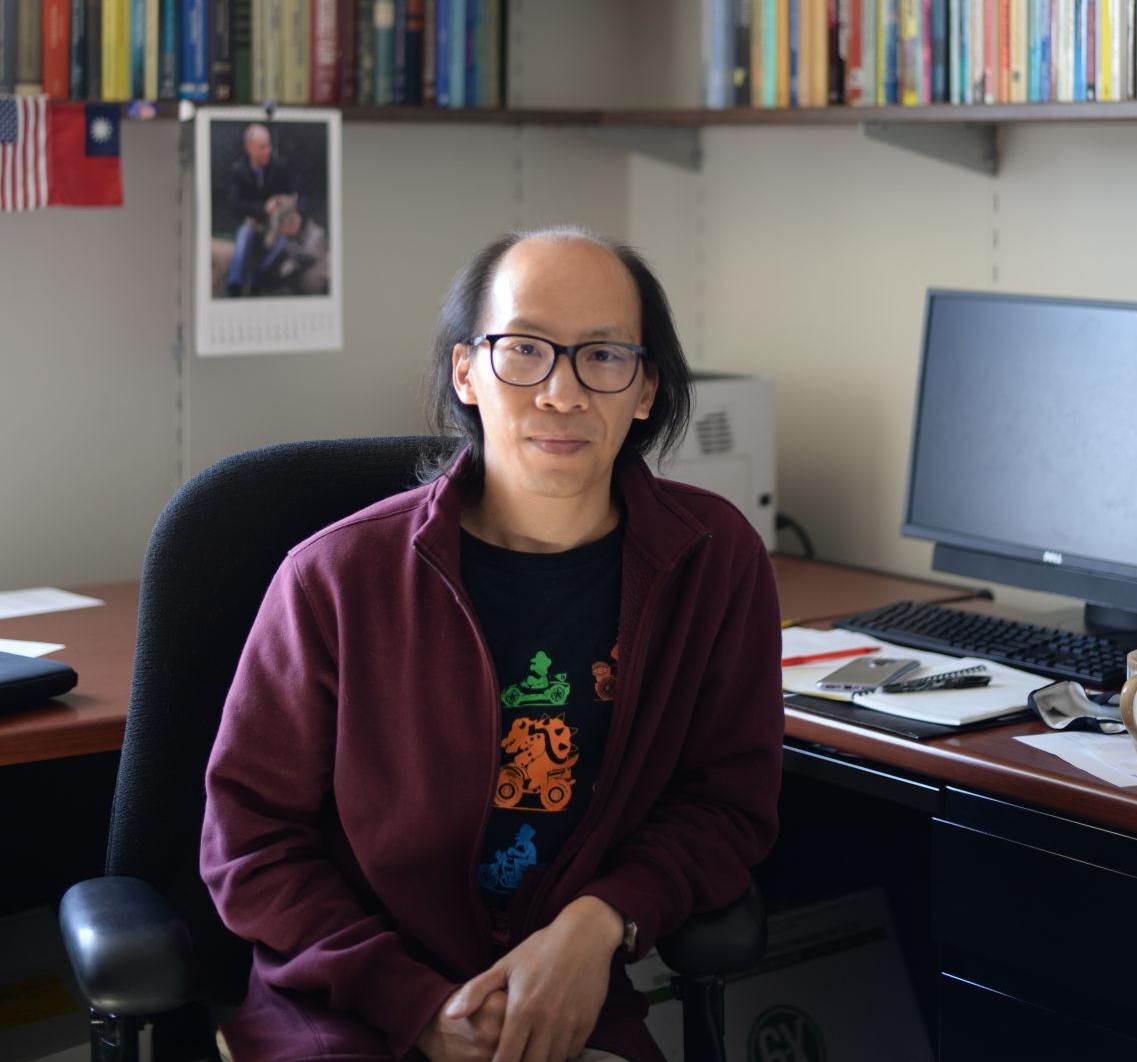 Professor Joseph Chen sits in his office in the Math Building, always welcoming students with questions. 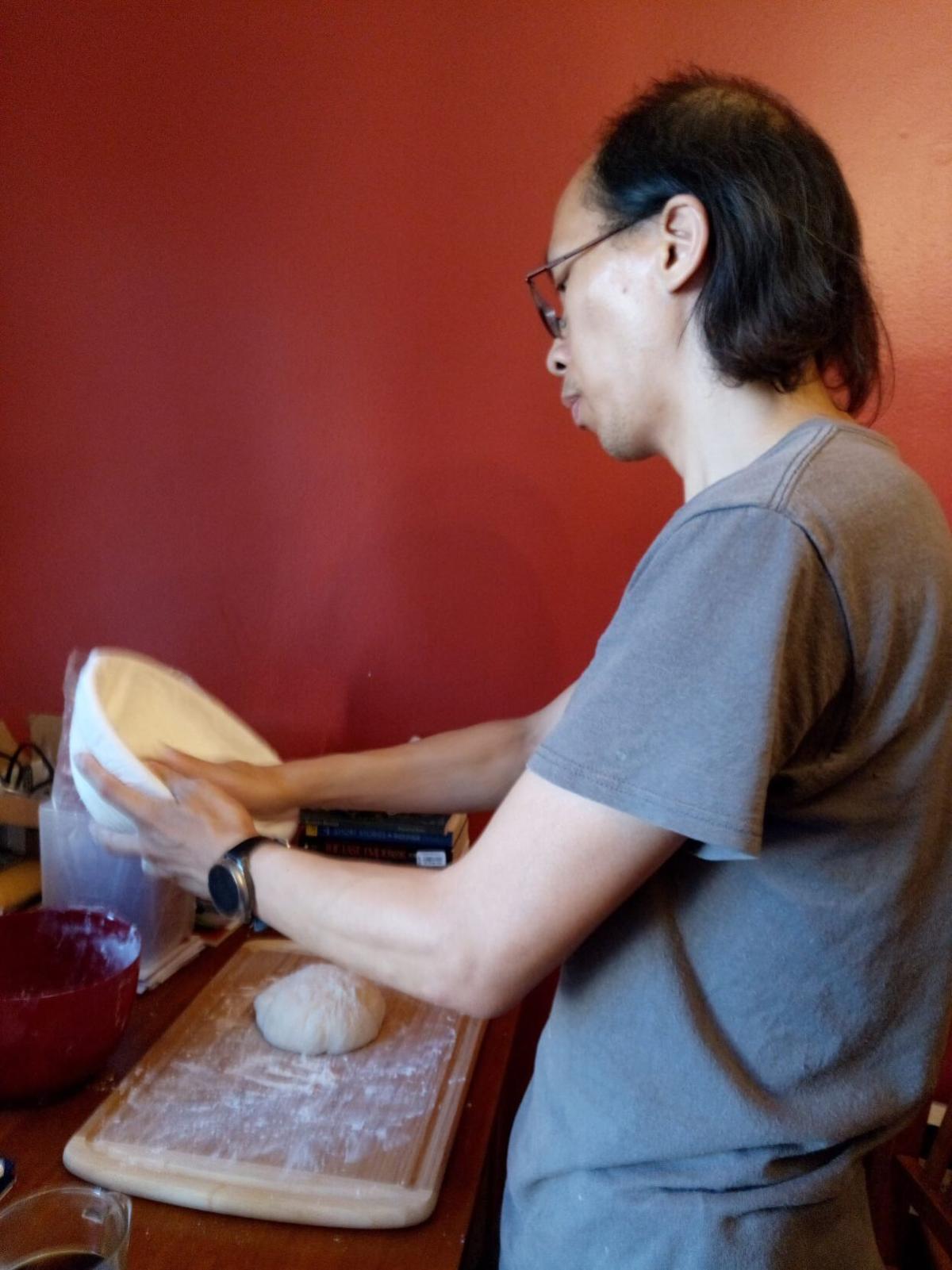 Professor Joseph Chen rolls out dough as he prepares to bake. 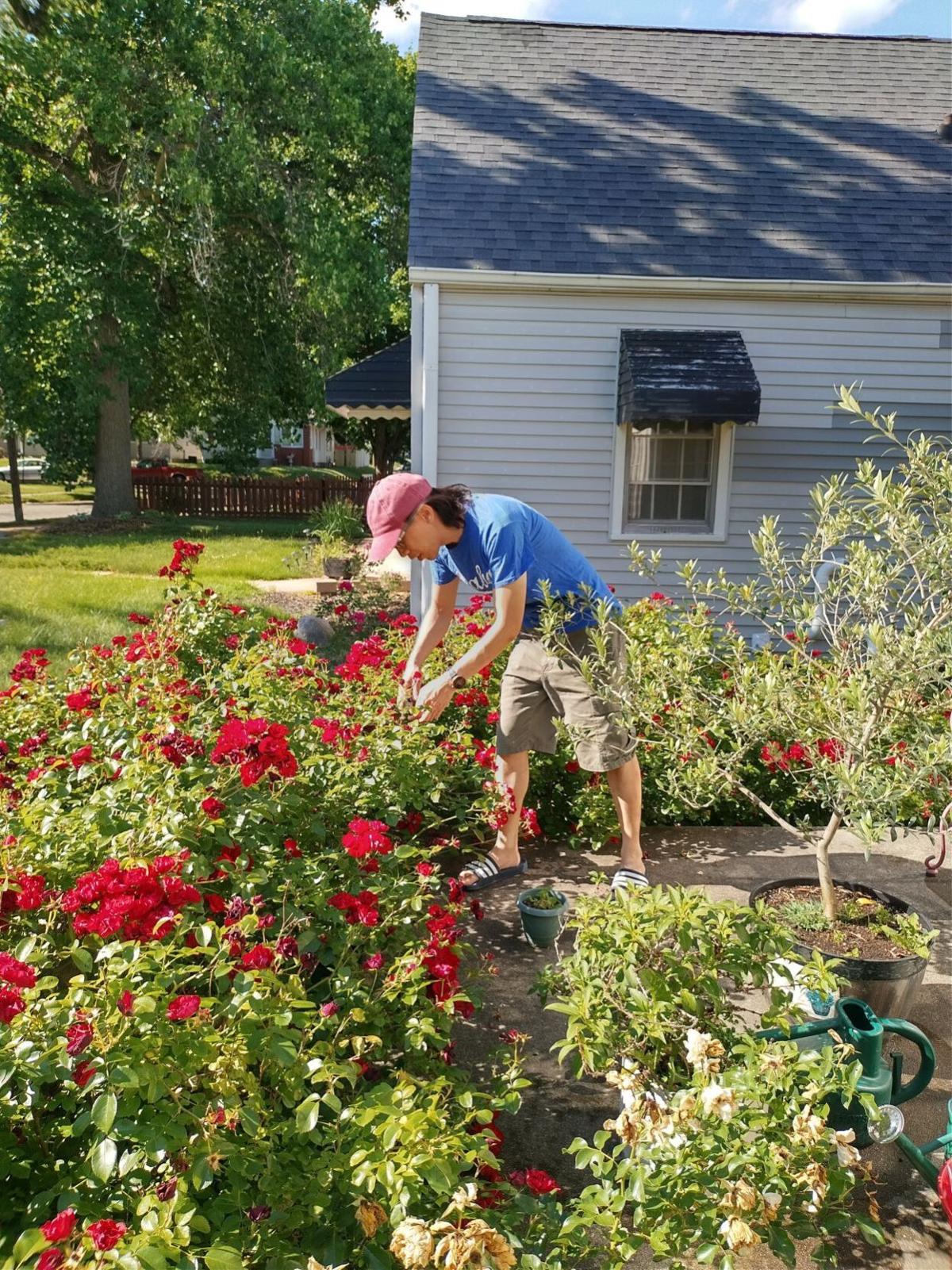 Professor Joseph Chen tends to the many rose bushes in his garden.

Professor Joseph Chen sits in his office in the Math Building, always welcoming students with questions.

Professor Joseph Chen rolls out dough as he prepares to bake.

Professor Joseph Chen tends to the many rose bushes in his garden.

“Math is the language of science and technology,” says Joseph Chen, a professor in the math department at Purdue.

Many students find the math courses to be incredibly challenging for many reasons, but Chen has made it a priority to minimize the challenge and provide students with the tools to not only succeed, but to understand the language of nature.

Beyond learning calculus to earn a degree, higher levels of math have been used to describe the nature of the universe and have revealed patterns revered as nothing less than beautiful.

Examples include the golden ratio, which can be found in many fields including botany, biology and even photography.

It is this belief that math connects everything that has shaped Chen’s teaching style and made him famous within the Purdue math department and at the University as a whole.

The journey to Purdue

Chen was born and raised in Taiwan and went on to live with his grandparents, one of whom was a diplomat for Taiwan. From this experience, he gained fluency in English.

“When I was growing up in Taiwan, I hated math,” Chen said in an interview. “I did very poorly in math, and I still remember seeing my report card when I was in junior high — it was terrible.”

Eventually, Chen’s perspective on math shifted, and, along with internal pressures, that motivated him to continue pursuing math. “At some point, I stopped fighting it, hating it,” he said.

“Asians have always been thought to be good at math, and people here thought math was very fast-paced and competitive in Asia, and to some extent that’s true,” Chen said. “At some point, I decided I need to keep up that reputation.”

Throughout his life, Chen has spent his time with several hobbies.

“When I have time, I play video games. I also have a bunch of rose bushes I take care of, and every year they give me beautiful flowers,” Chen said. Additionally, he enjoys baking, reading and watching science fiction media.

“I like science fiction, of course, but it’s a funny thing: I don’t like things that get too techy and too serious. Because I feel like when I watch a movie I want to enjoy (it). Even if the science is wrong — big deal,” Chen said.

“‘The Martian’ the movie, I found entertaining, but the book I couldn’t get through. There’s too much science in there. Parts of it read like a textbook to me,” he said.

Chen eventually moved to Chicago to live with his aunt, and he started his academic career at Purdue in 1997. He went on to get degrees in aerospace engineering. “I never left. I finished my undergrad here, and I got my PhD here, and then after that I started working here.”

Because of the combination of Purdue’s reputation abroad and the campus, Chen instantly knew he wanted to attend.

“Purdue has this wonderful reputation outside the U.S., especially in Asia. When you mention Purdue, people think ‘This is an Ivy League plus,’” Chen said.

As a result, Purdue has always held a significant place in his mind.

Just like math, Chen never enjoyed teaching as he was growing up.

“When I was younger, I had very little patience with people who couldn’t do things that I thought were easy, obvious and simple,” Chen said.

But Chen needed a way to pay for his master’s degree, so he applied to be a TA for the math department. He ended up being chosen.

“And after a while, I started enjoying it,” Chen said.

Since becoming a faculty member in the Purdue department of mathematics, Chen has earned a reputation for being an exemplary professor.

In April, Chen was unanimously awarded the Distinguished Faculty for Research award for his commitment to his students.

Chen has made it a priority to make the courses he teaches interesting for students, a feat that is especially important because he teaches introductory calculus courses that lay the foundation for an undergraduate career in STEM (science, technology, engineering and mathematics).

“I was consistently impressed with his communication. It was some of the best communication I’ve received from a professor to date,” Green said. “Not only that, but he seemed to have a genuine desire to see us succeed, whether it was giving us the time we needed to complete shifted homework or pushing a quiz back due to a technical error the night before.”

Chen is also often the topic of Reddit posts full of admiration.

His approach to teaching is largely derived from reflection on how he felt when he disliked math and what made him enjoy it.

“There was a lot in (calculus) I didn’t learn well,” Chen said. “I try to think back to when I was a student, and I was learning this topic or subject, and I ask, ‘What was challenging to me?’”

Additionally, he tries to remove the pretentiousness often associated with math lectures one can often find online on YouTube.

“I try to phrase things in a conversational way. It’s almost like telling a story,” he said. “I try to make things come alive a little bit.”

Through this teaching style, Chen has been able to pursue what he calls an addiction to seeing students understand math.

“I enjoy the moment when I explain something, and I look into a student’s eyes knowing (they) got it. And that became enjoyable to me, even addictive.

Since 2019, Chen has made an effort to publish all of his lectures for calculus I, II and III, in addition to differential equations and linear algebra. These courses comprise the typical math curriculum for students at Purdue pursuing degrees in STEM, and up until now they have reportedly never been published by other professors.

These lectures, which he calls “ChenFlix,” have cemented Chen’s reputation as an exceptional professor and are free and accessible to anybody anywhere in the world.

Chen is inspired to provide students — old and new — with advice on how to succeed at Purdue.

In his time of teaching introductory math courses, he has been able to identify two groups of students: ones to study too much and ones who study too little.

“Some students will lock themselves in their room and study 24/7 — if you feel like studying, good for you, but get out and have some fun. Look how big Purdue is, there’s so much going on at any given moment.”

“Get out, have fun, enjoy and make some friends,” Chen said enthusiastically. “I have students who struggle in courses, and I ask them, ‘How do you study?’ and they say, ‘I study by myself.’”

Chen follows with “Do you know anybody else?” to which he is often met with a one-word answer: “no.”

“And I feel a little bit sad when I hear that,” the professor said.