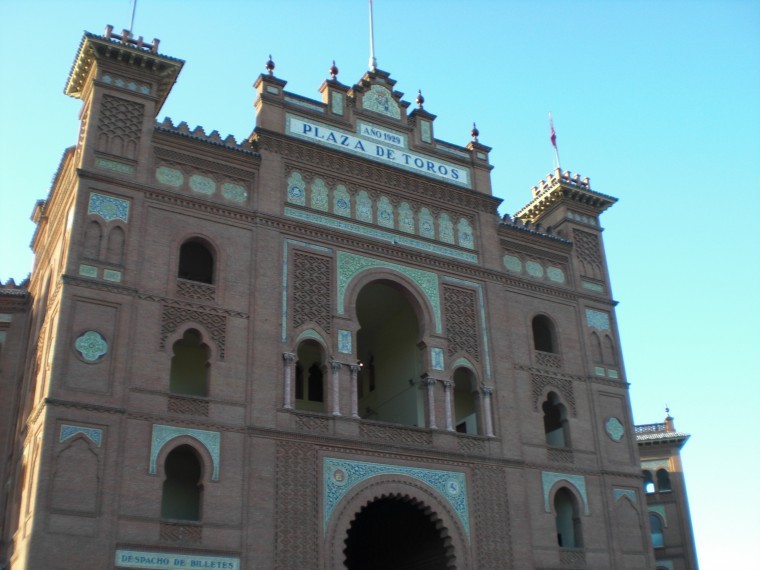 The entrance to the arena. The area and arena are known as La Plaza de Toros 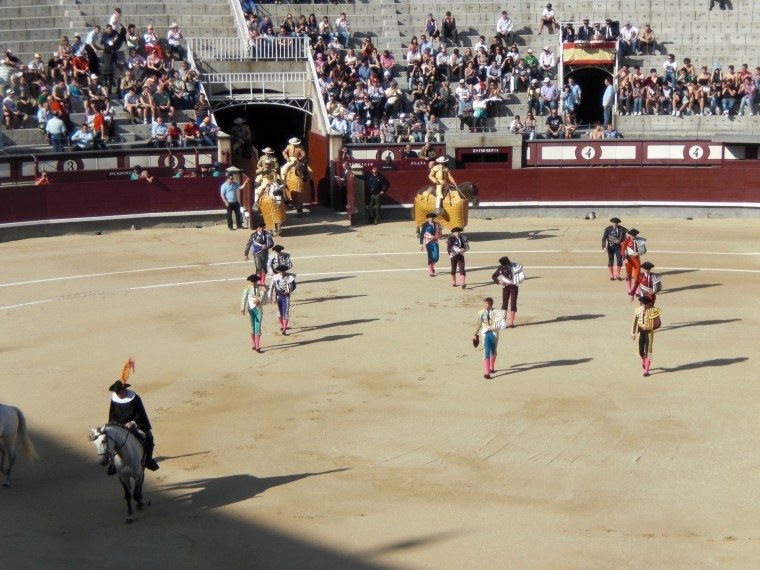 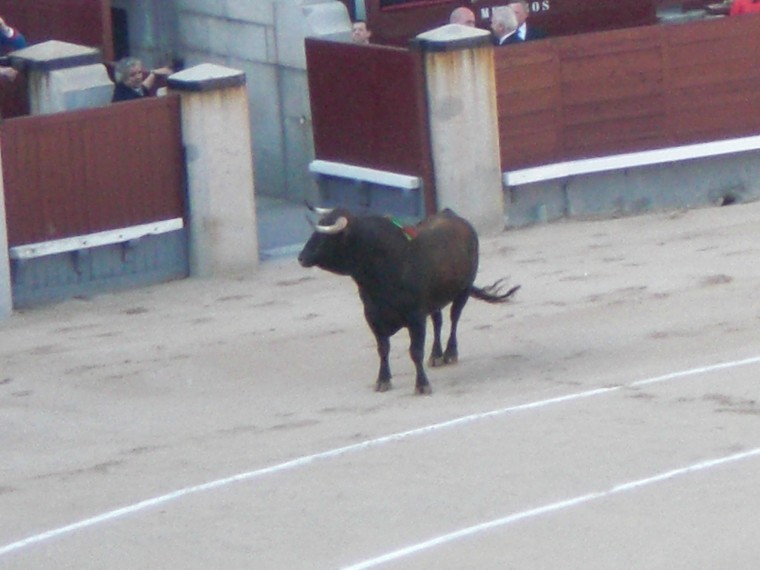 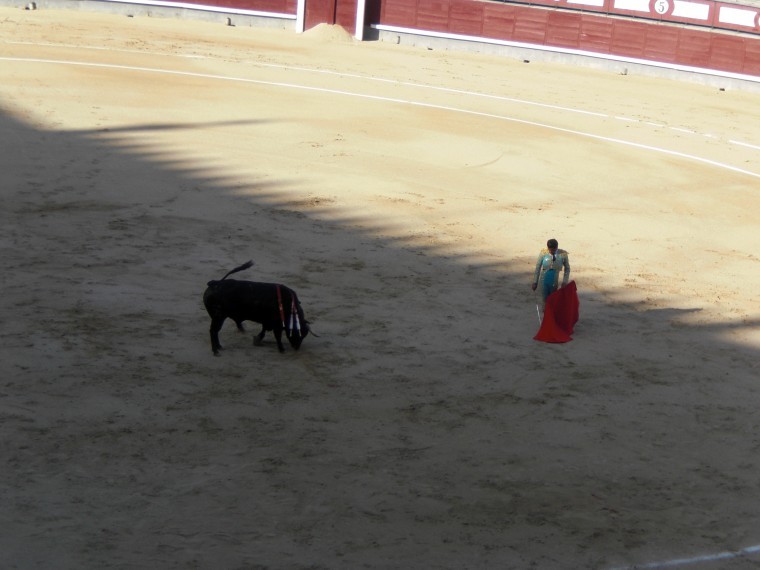 During the last round, the Matador is continuing to make the bull tired. 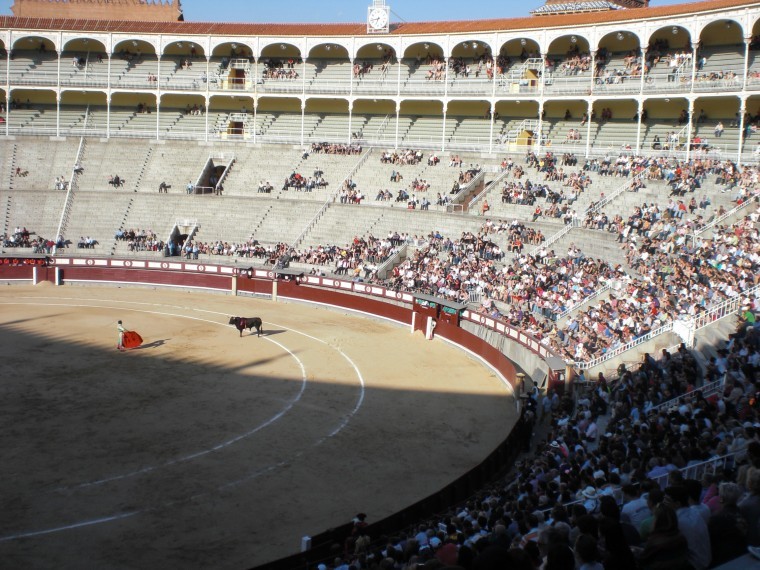 The matador, bull and the arena 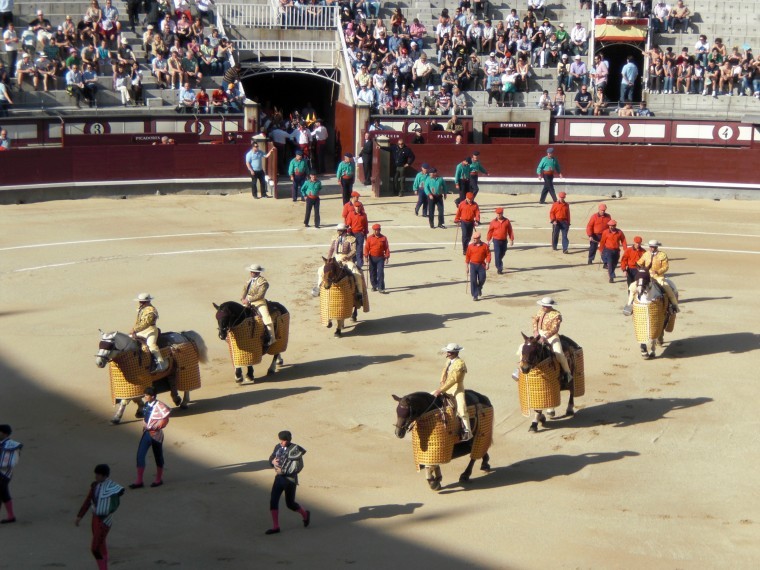 Every member marches into the arena, including the matadores, lancers on horses known as picadores and the fellows known as banderilleros. They also have trainers and workmen behind them.
1 of 6

The entrance to the arena. The area and arena are known as La Plaza de Toros

During the last round, the Matador is continuing to make the bull tired.

The matador, bull and the arena

Every member marches into the arena, including the matadores, lancers on horses known as picadores and the fellows known as banderilleros. They also have trainers and workmen behind them.

My brother and his girlfriend came to visit for a week and left this past Tuesday. They thoroughly enjoyed their time here and I had a blast showing them around. We were able to check everything off his list. From visiting surrounding cities to walking around the parks, we quickly made our way through all of the things they wished to do and to see. Living here in Madrid, however, has made the touristic areas boring. My brother lives in New York, so he completely understood my feelings. For the most part I've already visited the biggest tourist traps, which are always filled with people who don't know how things work. It's like the tour groups who come into the back of Class of '50. Yeah, sure it's fun to stare and look at all the little "going-to-be" freshman, but at some point it gets obnoxious that they're always walking into the middle of your class.

Lucky for me, they wanted to see a few things I still had on my list of things to do. Our most interesting experience together was The Bullfight. Bullfighting in Spain is controversial. While part of the Spanish people want to keep it as a culturally rich aspect of Spain, the other half would love to be rid of the issue. The reason being that at the end of the day the matadors and helpers kill the bull. So deciding that a bullfight was something to see before we die, we went knowing full well the end result.

With open minds, we settled in our seats ready to watch the event. The matadors and assembly come into the arena in a slight procession, like a parade. They march into the sanded arena and then head to their prospective areas. There are three main stages to bullfighting. First the bull comes into the arena and they test his aggression and a spearman on horse punctures two holes into the bull's back. The next stage is a process of the matador's fellows known as banderilleros, spearing the bull with barbs near the already open wound. The final stage is the Matador with traditional red cape and sword to wear the bull down and then finally strike the bull in the heart with the sword. We saw all of that.

It's one thing to read this on paper or to experience it even in film and quite another to experience it in real life. The word for the first bullfight I saw would be brutal. I wasn't prepared for the bluntness or the graphic nature of the fight. I will say that I sadly got more accustomed to the fight as we watched 4 bulls in totality and left early. It was an extremely cultural event, I've never seen anything like it and we even had one matador that did such a good job that he was awarded the bull's ear, a prize for a good performance.

While this kind of thing isn't my cup of tea, it was very interesting and I'm glad I went. One thing that made me feel better was that we had two good matadors and two bad ones. The crowd was happy to applaud the good matadors, who went through the stages and cleanly killed the bulls. The other two were not as good and the crowd let them know. It was clear to me that while bullfighting is still very much alive, the crowd wasn't fooling around. As a matador, if you go into the ring, you had better know what you are doing. The crowd wasn't supportive of amateur matadors struggling to kill the bull. You either know what you're doing and do it, or get out of the arena.

The end result: the experience was culturally intriguing. I can check it off my bucket-list and confidently say I'm probably never going back.