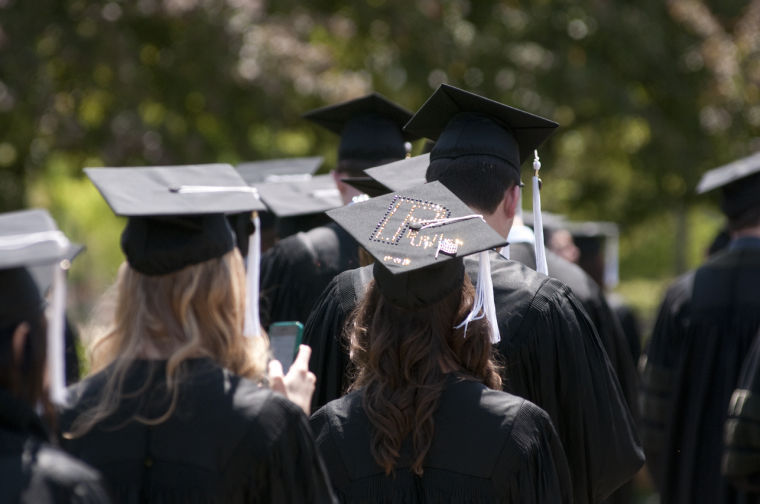 Graduation is on the horizon for many seniors. Although data show that women have recently surpassed men in number of bachelor’s degrees received, this does not necessarily mean more women will be entering the workplace. 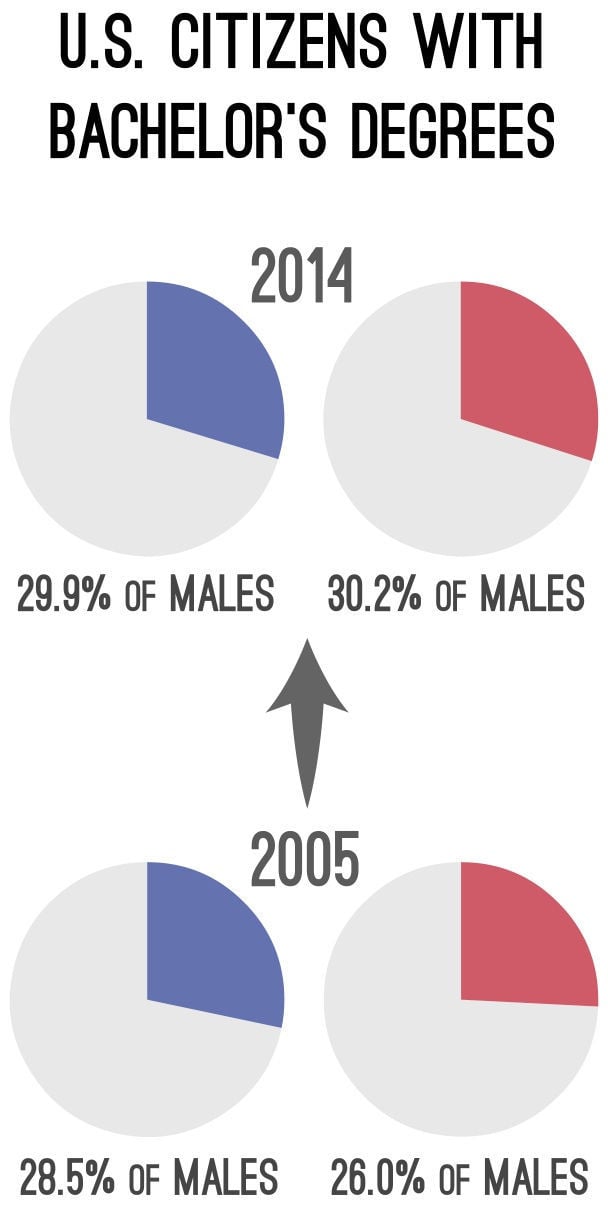 Graduation is on the horizon for many seniors. Although data show that women have recently surpassed men in number of bachelor’s degrees received, this does not necessarily mean more women will be entering the workplace.

For the first time in United States history, more women have bachelor’s degrees than men.

According to a recent poll by the United States Census Bureau, data from the American Community Survey show that in 2005, 28.5 percent of men had a bachelor’s degree or higher, compared with 26 percent of women. In 2014, the percentage for men was 29.9, while women were at 30.2, marking the first year that women’s college degree attainment was higher than men’s.

With the influx in education, this leads many to wonder what effect this will have on the job market.

Dana Bisignani, a graduate teaching assistant in the College of Liberal Arts, instructs a course in women’s, gender and sexuality studies titled “Women and Work.” While the increase in degrees is a large step for women, Bisignani says this doesn’t paint a different picture than what we see before our eyes.

“There is a direct impact between education and the workplace, and right now, that is getting very sketchy,” said Bisignani. “We have more and more people getting degrees in general, both men and women, who are also finding a harder time getting a job with those degrees. So, just having more women with degrees and even having more women with advanced degrees does not necessarily mean that we will automatically have more women in the workplace.”

While receiving an education is certainly a step in the right direction, Bisignani says the efforts should not stop there.

“One of the other major issues is flex hours,” said Bisignani. “One of the biggest impacts that can be made in terms of the workplace, in terms of making it more supportive of women, is to have flexible hours, so maybe they can come in earlier but they can leave a little earlier in the day to pick their kids up from school, because the bulk of childcare is still falling on women.”

Some companies have taken strides toward issues like this, but many people still hold a different mindset.

“In interviews often, even with very high-powered women in various fields, they still get asked, ‘How do you manage to balance work and family?,’” said Bisignani. “We never ask men this because we assume they don’t have to because they have their wives to do that, even when their wives are working full-time careers as well.”

Inequality doesn’t stop at gender barriers, though, according to Bisignani.

“I do think we are continuing to have the conversation about the pay gap, the other issue again if we are looking intersectionality at the pay gap, women receive about 77 cents on the dollar; that’s white women,” said Bisignani. “If we look at African American women, they receive about 67 cents for every dollar and if we look at Latina women it is about 10 cents lower. Those degrees are a positive thing, they have a lot of potential, but there are still those other barriers for women in the workplace.”

Molly Whitley, a senior double majoring in women’s studies and law and society, is not ignorant to the barriers set for women in the workforce with graduation looming on the horizon.

“While I’d like to think that women getting more degrees means a closing of the gender pay gap, that might not be the case,” said Whitley. “The kinds of degrees and jobs that women are more likely to be put on the path to generally pay less than those that men are put on the path to. In order to see a closing of the gender pay gap, we need to either see more women in professions that pay better or typically ‘feminine’ professions, teaching, nursing, etc., valued more.”

There are many things that need to change in order for those degrees to count.

“Just looking at the number of degrees earned will not necessarily help us predict the future of the gender pay gap,” said Whitley. “We need to look at who is earning what degrees and how much the careers those degrees lead to are paying. Further, we need to look at the reasons men tend to advance more in certain careers than women.”