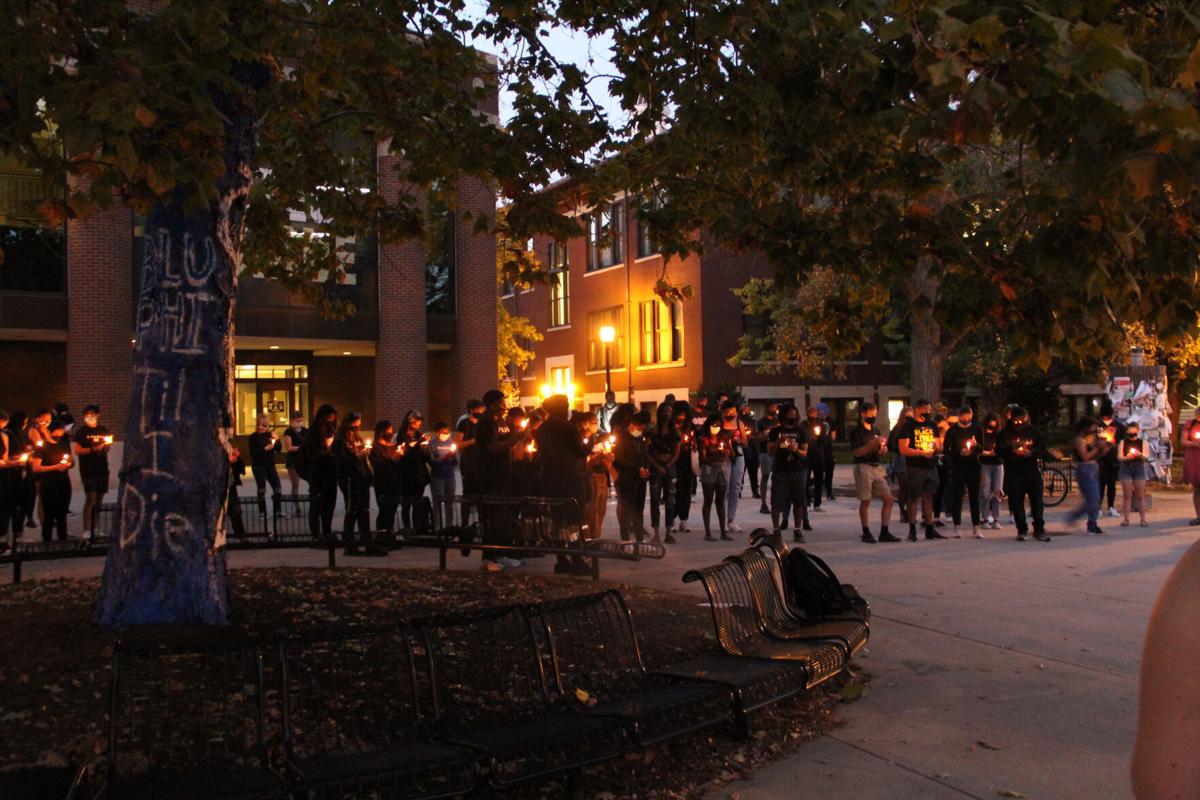 Students and faculty form a circle around the Diversity Tree and hold their candles for a moment of silence on Friday evening. 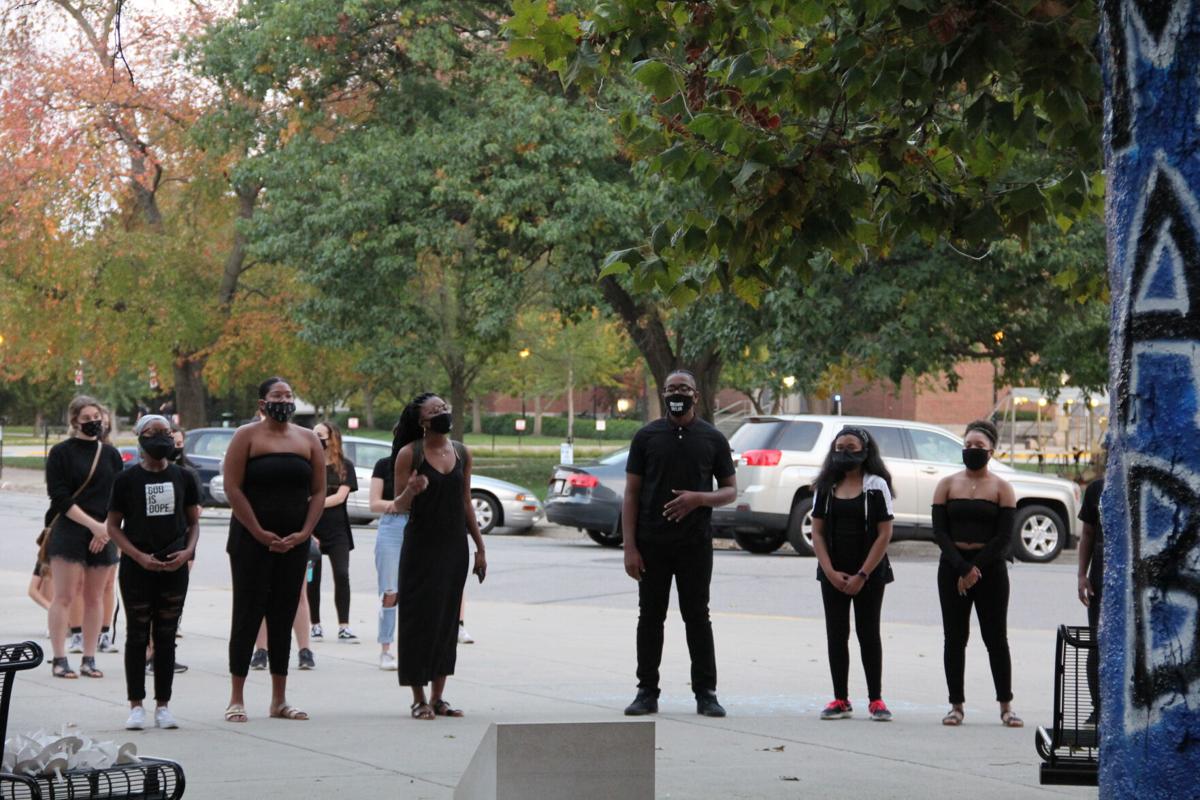 Members of the Black Voices of Inspiration sing two hymns to start the vigil. 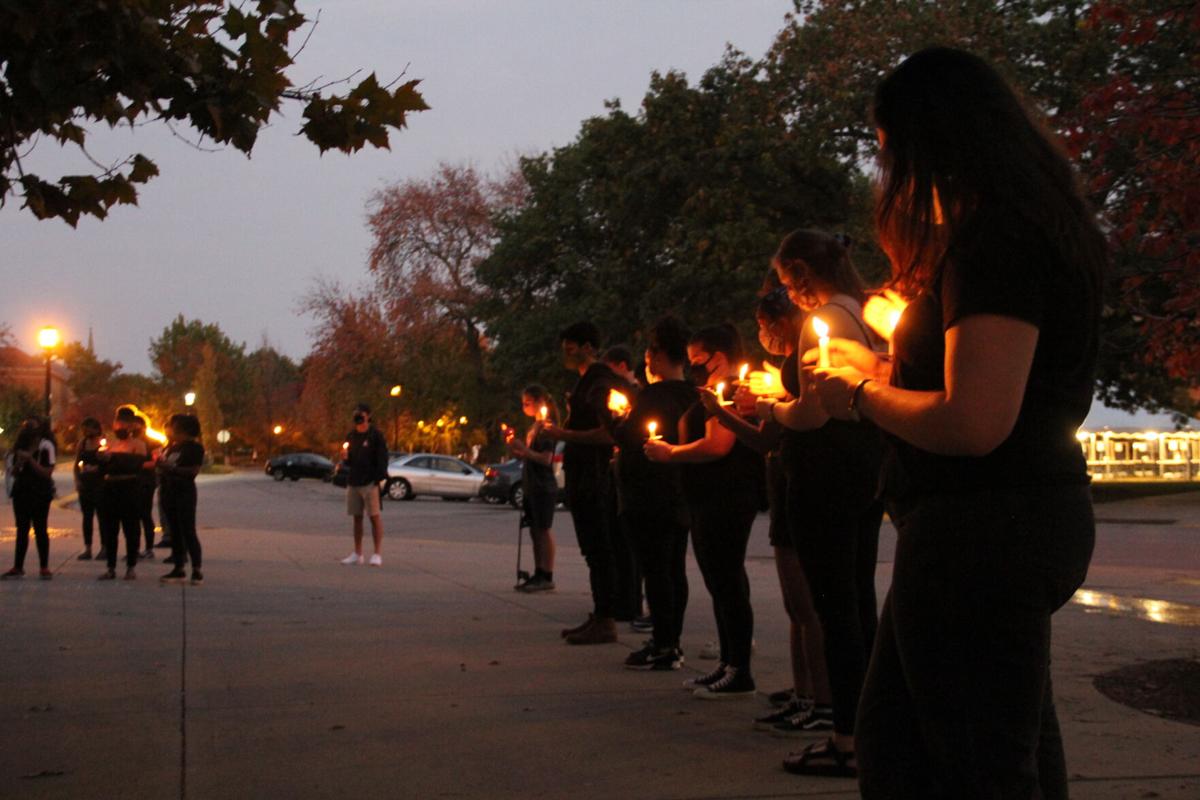 Students hold their candles during a moment of silence.

A sea of heads bowed in prayer, all silent for a moment of tranquil reverence during a candlelight vigil for Breonna Taylor, a 26-year-old Black health care worker who police officers shot in Louisville, Kentucky.

“We wanted to pay respects not only to Breonna Taylor but all Black women who’ve been overlooked,” said Christian Nichols, a junior in the College of Science and vice president of the Black Student Union, which organized the event.

“There’s been a history of confrontation here (at Purdue), and we want to keep the conversation going. This is a peaceful way to do it.”

The vigil took place at the “Diversity Tree,” a monument by the Class of 1950 Lecture Hall that serves as a pillar for organizations within the National Pan-Hellenic Council. The event drew a crowd of more than 50 Purdue students and featured speakers from Justice Alliance for Momentum and singers from Black Voices of Inspiration, a choir dedicated to the performance of music by Black composers.

The vigil took place in the wake of last month’s grand jury decision to not indict any of the officers for the killing. Daniel Cameron, the attorney general for Kentucky, has also filed a motion to keep files related to the grand jury’s proceedings and case testimony classified, according to NPR.

Faith Bergin, a sophomore in the College of Science, said the case proceedings exhibited an “absolute lack of not only justice, but compassion, empathy and transparency.”

The vigil was not only a chance for the crowd to mourn, but served as a platform for students to express indignation and a continued plan of action.

“I think (the vigil offered) students a chance to show what side they stand on,” Nichols said.

“Neutrality will only help the oppressor,” Bergin said, criticizing people who are indifferent to the Breonna Taylor case, as well as reforms for criminal justice in general.

Carey Walls, a junior in the College of Health and Human Sciences, sings tenor in the choir, which performed “Lift Every Voice and Sing”– dubbed in 1919 as the “Negro national anthem” in the U.S. by the National Association for the Advancement of Colored People.

“Music is the output of the community. It won’t fall on deaf ears,” Walls said. “No matter how much we’re in the streets and in demonstrations, making speeches to our own, music will still always be there to bridge the gap.”

After the music and the speeches, the sun set and darkness fell over Memorial Mall. As a hush swept over the gathered crowd, candles lit at one end of the crowd and slowly broadened into a glowing ring. The flames passed from candle to candle, with some students cupping the fire to warm themselves.

In one moment, the area was illuminated by a halo of candlelight; in the next, 50 exhalations made the mall dim again.

Sydney Ragsdale, a sophomore in the College of Health and Human Sciences, spoke at the beginning of the event and led a prayer for Taylor, her family and the students gathered at the vigil.

She spoke to her expectation that perhaps the nation is on the cusp of another triumph in human rights, but also to the necessity of constant effort.

“I just know that we still need to fight,” she said.