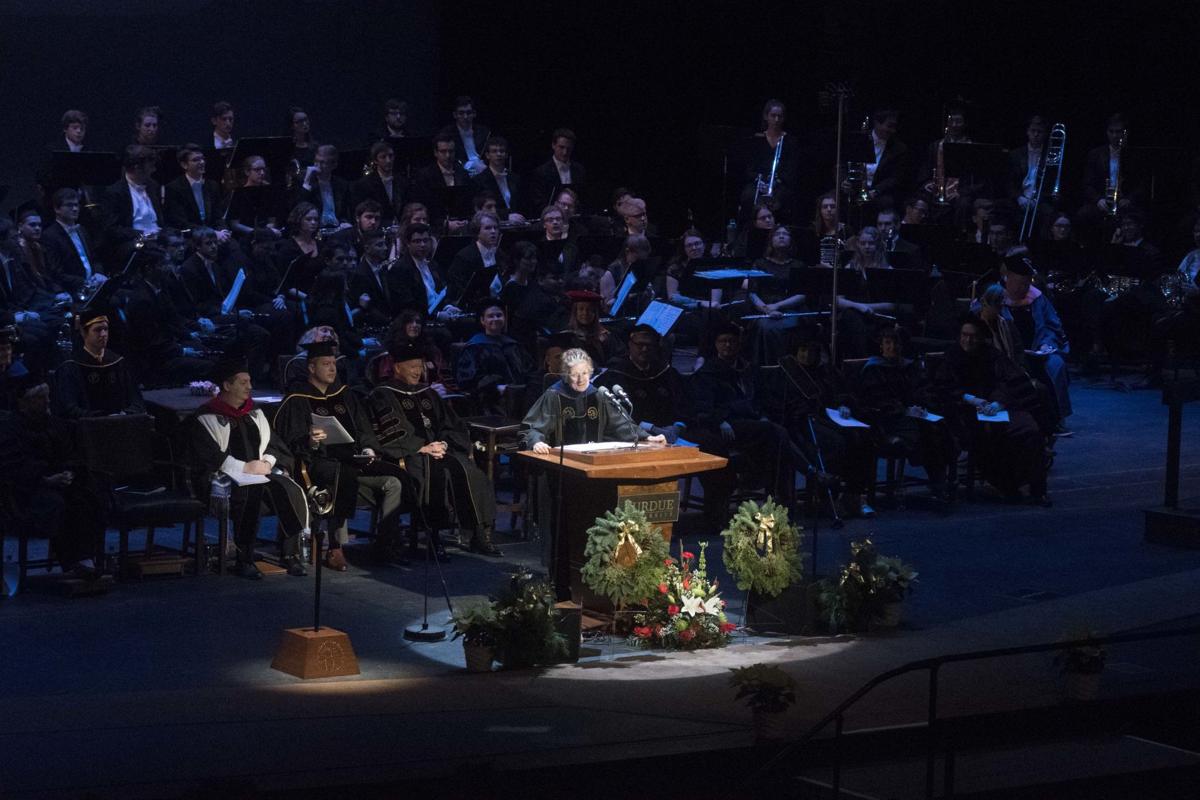 Rita Colwell addresses graduates and gives them words of advice during the Winter 2019 graduation ceremony. 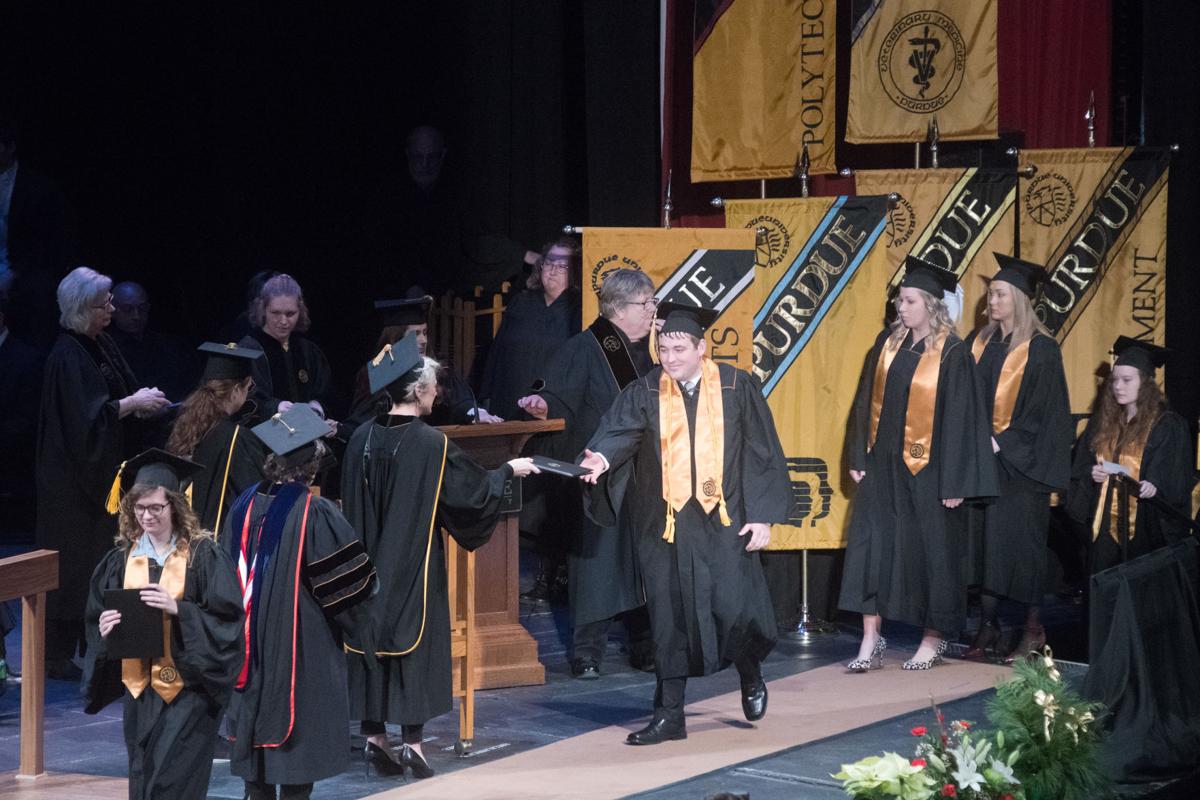 Graduates receive their diplomas on stage during the first division of graduation.

Rita Colwell addresses graduates and gives them words of advice during the Winter 2019 graduation ceremony.

Graduates receive their diplomas on stage during the first division of graduation.

"I've titled my remarks, 'How do you change the world?'" Colwell said as she challenged the graduates to make the most of their time at Purdue.

Colwell has earned over 63 honorary degrees from colleges and universities, according to Purdue President Mitch Daniels, and also spoke to students about the obstacles she faced as a woman graduating with a science degree in 1956.

"In high school, I was advised by a science teacher, 'Ah, don't major in science in college because science is not a career suitable for women," Colwell said. "Later a department chair denied me a graduate fellowship saying it would be wasted on a woman.

Colwell juxtaposed the difficult beginning of her career in the sciences to later in her life, when she was appointed the first female director of the NSF by President Bill Clinton in 1998.

She and two student responders spoke to graduates and their families about the crucial lessons Purdue has taught students.

Klemme spoke to students in the first division of commencement about her struggles with cancer. She told her story of having to take weeks off of school to undergo chemotherapy and being concerned her professors wouldn't accommodate and help her when she needed more time for assignments and schoolwork.

Instead of being hard on her though, her professors "did whatever was needed for (Klemme) to be successful," she said. "One of my professors sat and prayed with me while the other gave me a teary hug goodbye. They gave me the tools I needed to finish my classes and reach my diploma here today."

The second student responder told students of his work at Purdue, as he challenged himself to be a team leader for a school project, add a minor to his diploma and graduate a semester early.

"There were times when I was scared that my team and I may never be able to achieve success," Brock said, "but again, I was wrong about what I thought I was capable of.

"At Purdue we're frequently held to a higher standard; we're pushed to our limits, but there's a reason for that. It shows us that our limits are just a figment of our imagination."

After being told to turn their tassels, the graduating students cheered and threw paper airplanes into the air.

One made it to Daniels' podium.

"I thought my collection (of airplanes) would not grow today," Daniels joked, "but, future astronaut, out there somewhere."