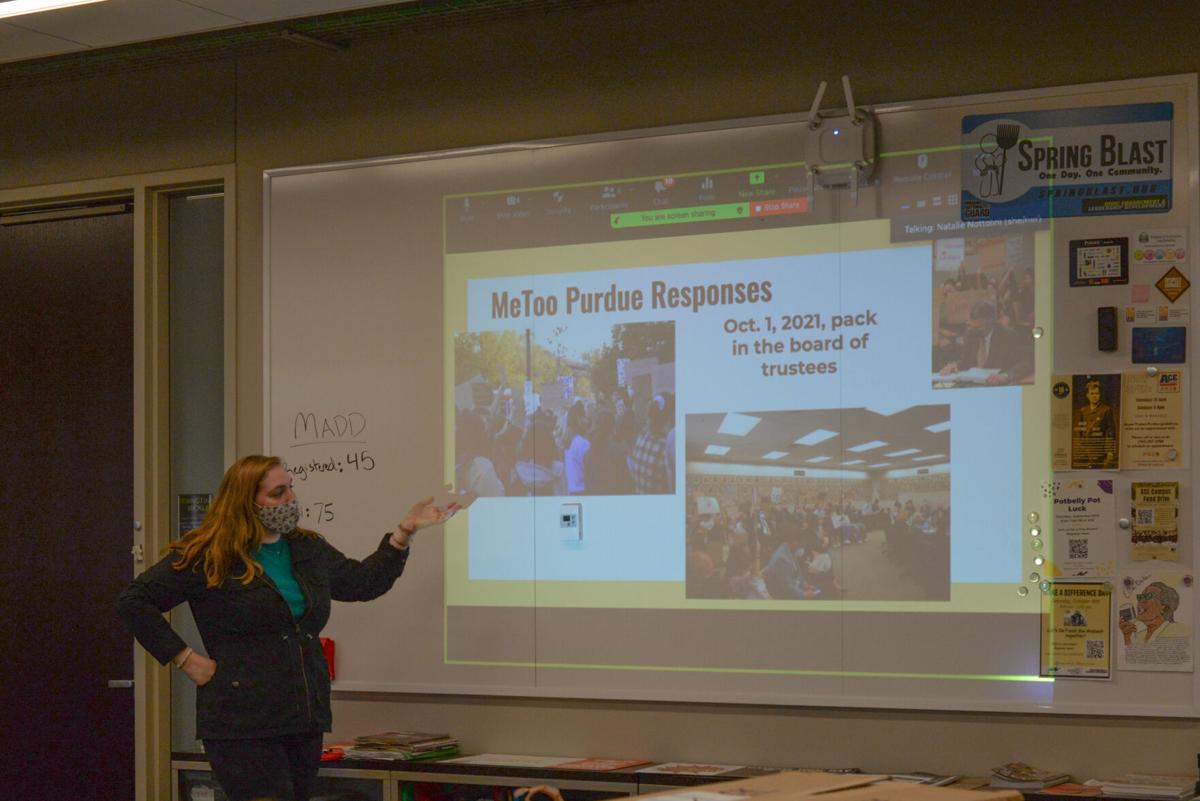 FACT secretary, Macy Duncan, shows photos of the board of trustees pack-in from Friday. 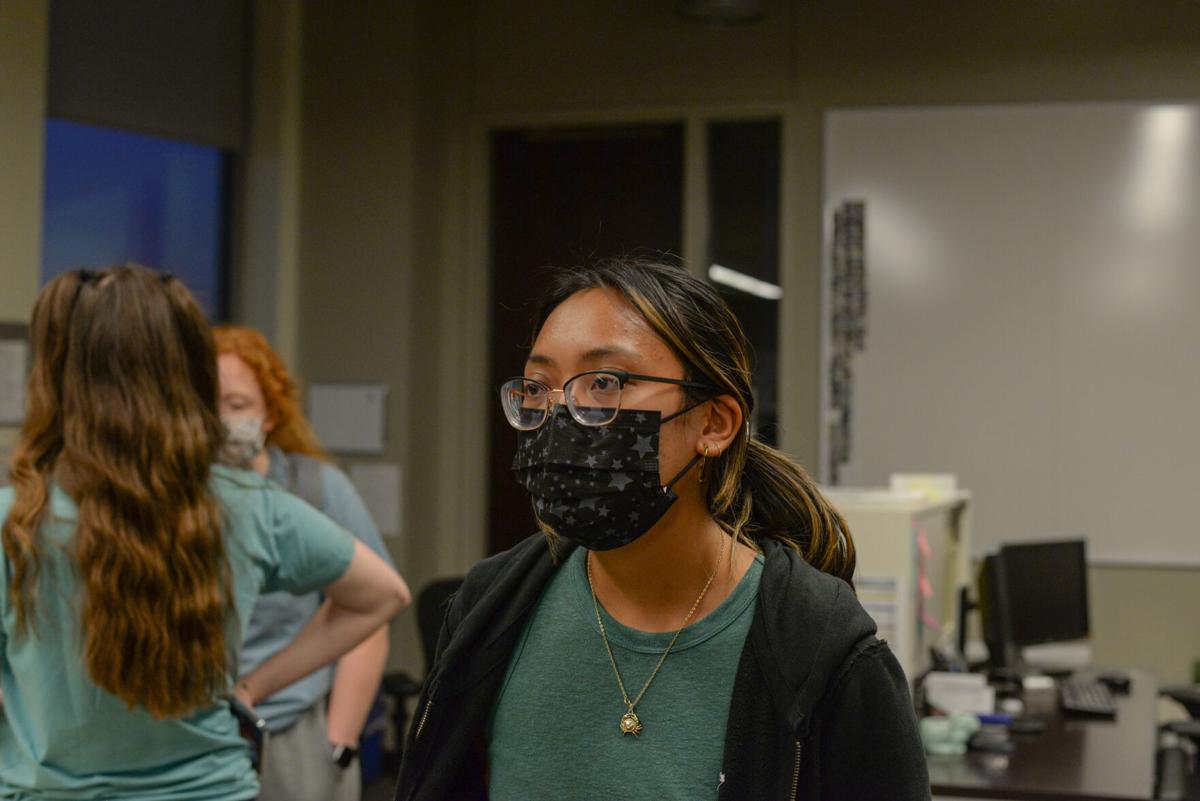 Ashley Bagadiong, the vice president of FACT and a senior in chemical engineering, talks about the impact of recent cases of sexual assault. 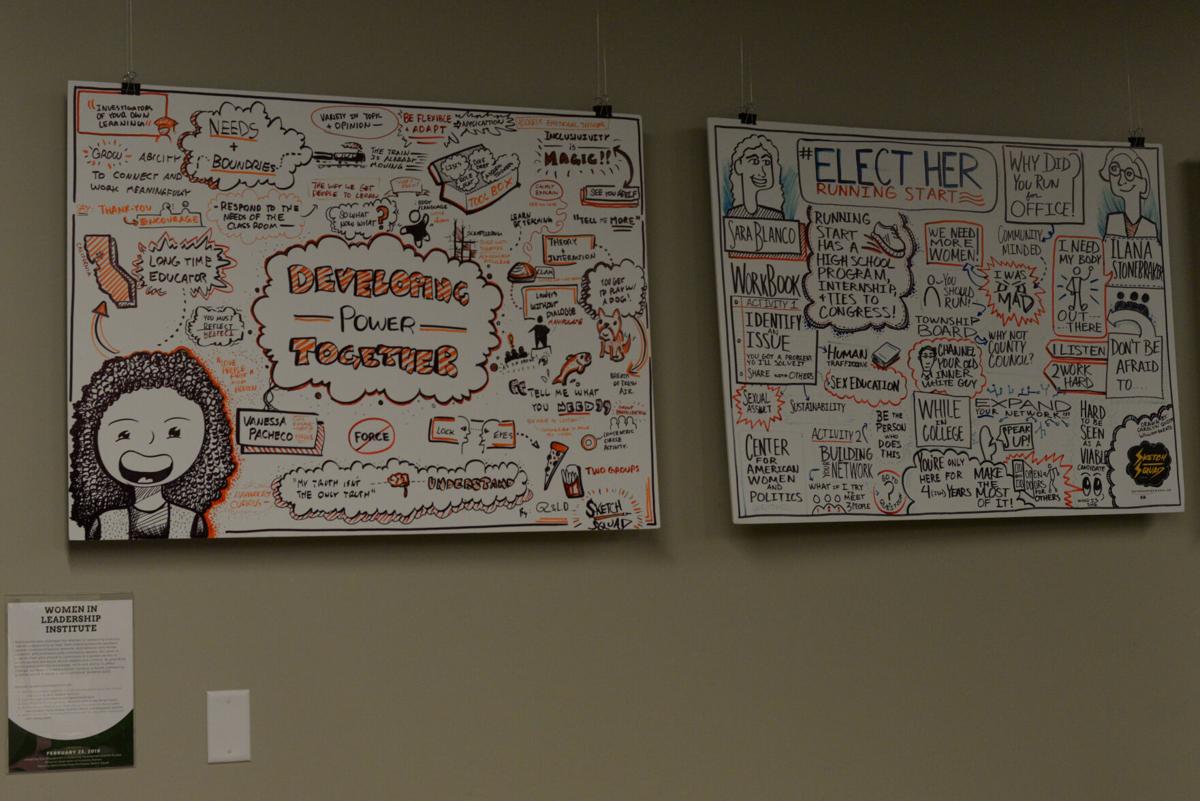 Hand drawn posters encouraging diversity are displayed in the office for civic engagement and leadership development. 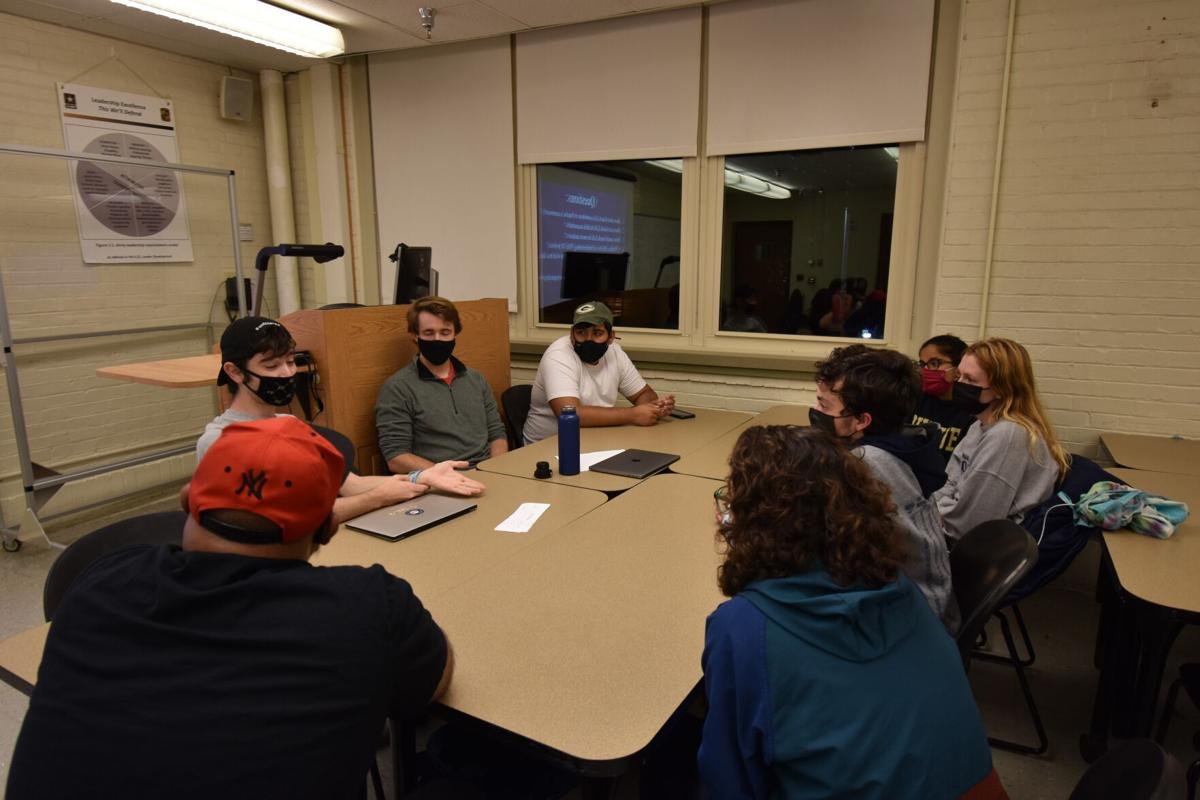 A group of students in the Political Discourse club discuss how Greek life contributes to Purdue's community.

FACT secretary, Macy Duncan, shows photos of the board of trustees pack-in from Friday.

Ashley Bagadiong, the vice president of FACT and a senior in chemical engineering, talks about the impact of recent cases of sexual assault.

Hand drawn posters encouraging diversity are displayed in the office for civic engagement and leadership development.

A group of students in the Political Discourse club discuss how Greek life contributes to Purdue's community.

With the recent rise in sexual assault reports on campus, many student organizations are holding conversations about what these assault cases mean for Purdue moving forward.

On Tuesday night, the Feminist Action Coalition for Today sought to educate their members on the history of sexual assault and discuss what actions they intend to implement to confront this issue.

Both FACT secretary Macy Duncan and FACT President Ashley Bagadiong expressed feelings of anger and frustration toward the number of sexual assault allegations this semester.

“I am not surprised that this has happened, but I am very appalled that this many reports happened in this short amount of time and that’s unacceptable. And I think it reflects a little bit about Purdue,” Bagadiong said.

These reports are what prompted FACT to address sexual violence at their organization’s meeting.

She went on to cover the history of Title IX and other sexual assault resources before turning her attention to the future of sexual assaults at Purdue.

She aimed a majority of her suggestions, which mimic demands from the Panhellenic Council and #METOO Purdue, for improvement toward the Interfraternity Council. One of these demands is to ban brothers from acting as bartenders in response to the BYOB policy. Duncan said IFC exists as a self-governing body, so it should be the target of future demands for action from FACT, rather than university-run entities.

Duncan encouraged the FACT attendees to write a written complaint to IFC, urging them to issue a response. She encouraged FACT members to ask that IFC follow suit in the changes put forth by both Panhellenic and the #METOO Purdue movement.

Bagadiong said she felt confident this meeting accomplished what it was meant to.

“The goals of this meeting were to give an overview about the history of sexual assault, and the policies and how Purdue has supported women,” she said. “And I think we did that.”

FACT plans to hold their annual Take Back the Night event in April, which is a march in solidarity with victims of sexual assault. They also plan to hold lead-up events aimed at continuing the conversation.

The following night, the Political Discourse Club hosted a meeting around sexual assault as well.

Leading up to this meeting, PDC faced backlash for their decision to cover this topic. Much of the backlash came from people who said they felt there’s no debate to be had since there’s no argument that sexual assault is a problem.

Even PDC officers didn’t all agree about whether this was an appropriate discussion topic.

“It’s important to think about how much obstruction we had,” PDC President Pietro Stroik said.“How many people within our own club, within our board, within our officer ranks, and then especially with other organizations on campus were adamant that a conversation on sexual violence should not happen.”

Despite backlash, they moved forward with the conversation to address the issue and talk about solutions.

“We know that it is better to be transparent and open about these issues rather than suppress them,” PDC officers said in a statement sent to the PDC GroupMe chat Tuesday night. “We believe that all students, inside and outside (Fraternity, Sorority and Cooperative Life), must talk to each other and examine solutions to address rape culture at Purdue.”

PDC said they anticipated ways to maintain control over the conversation and focused on the question of what policies would best initiate change.

At the start of the meeting, PDC Vice President Shye Robinson reiterated that the conversation was not about the “source of, causes of, or justification of” sexual violence.

It was made clear the expulsion from the meeting would be enforced on anyone who attempted to lead the conversation toward those topics.

The bulk of the meeting was spent with the attendees broken up into small groups, each discussing ways the rise in sexual assaults could be addressed and remedied. Opinions ranged from advocating the abolition of Greek Life, to enforcement of current policies, to enactment of new policies through IFC, Purdue or the national government.

“I personally think we should abolish Greek Life, but I also don’t think that’s realistic on Purdue’s campus, so I at least would like to see some kind of policy change,” Elise Marsicek, a sophomore in the Polytechnic Institute, said.

Robinson and Stroik later agreed their meeting was successful and they were happy with how it unfolded.

“I’m very proud of us,” Robinson said. “A lot of people had a lot of skepticism, but we took the necessary precautions in order to have a good conversation that was necessary.”