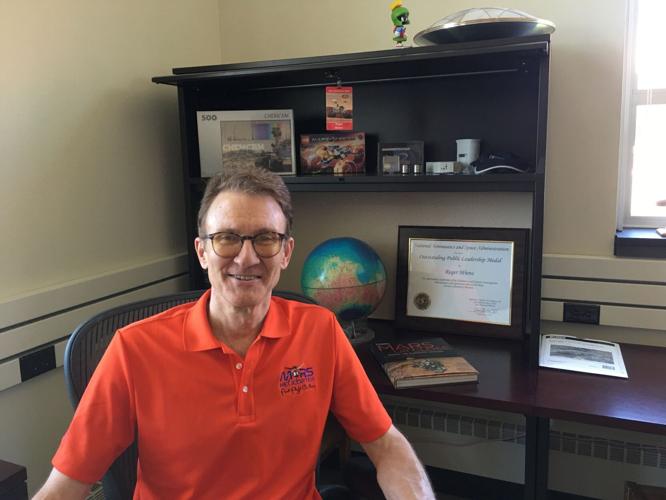 Roger Wiens sits at his new desk at Purdue. Behind him is an award from NASA for outstanding public leadership. 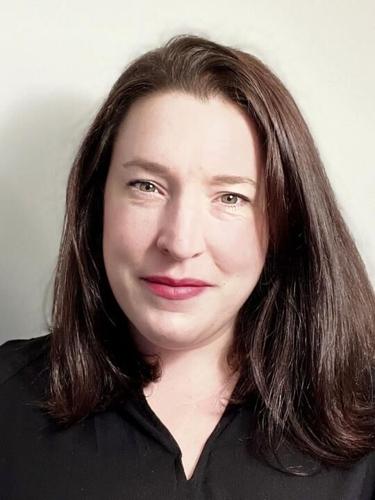 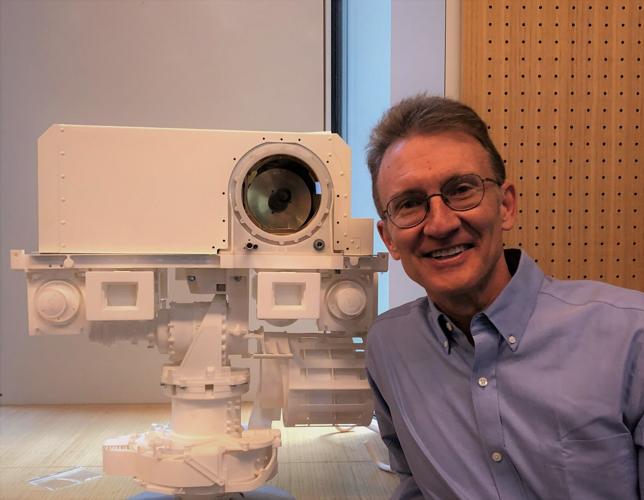 Roger Wiens next to the Perserverance mast. 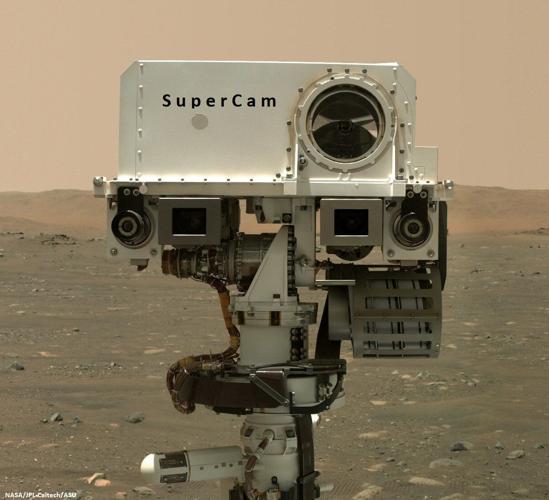 SuperCam in the selfie of the Perserverance.

Roger Wiens sits at his new desk at Purdue. Behind him is an award from NASA for outstanding public leadership.

Roger Wiens next to the Perserverance mast.

SuperCam in the selfie of the Perserverance.

Two Purdue professors are involved in an effort that could answer one of humanity’s biggest questions – whether there is life beyond Earth – using the Mars 2020 Perseverance Rover.

“It would probably be the biggest scientific finding ever,” Associate Professor Briony Horgan of the Purdue Department of Earth, Atmospheric, and Planetary Sciences said about finding evidence of microbial life on Mars.

Horgan’s team’s work mainly consists of analyzing the data from the Perseverance rover.

Currently, scientists do not know how common life is in the universe. If they found evidence that indicates life or past life, called biosignatures, on Mars then it shows that two planets in one solar system had life, which implies that life in the universe is common, Horgan said.

They have not yet found biosignatures on Mars.

“It’s really tough to look for microbes because they’re so small,” Horgan said. So scientists have to rely on the delicate instruments on the rover to look at textures of rocks and other features for potential signs.

Horgan said they are working to collect about 30 samples over the next couple of years with the Perseverance. In 2028, NASA plans to send a retrieval rocket to land next to the Perseverance and collect those samples.

“(We can) use that data to try to understand whether there was any habitable life on Mars,” she said.

Horgan studied physics as an undergraduate at Oregon State University. It was only when the Spirit rover landed on Mars in 2004 that the possibility of studying geology on other planets hit her. So that’s what she pursued.

In the first year since landing, the Perseverance saw layered hills that looked as if they were made from sedimentary rock, which is incredibly useful in the search for biosignatures. But after the rover drilled into the hills, scientists realized the rocks were igneous and made from lava flow.

Horgan explained that sedimentary rock forms when water carries and deposits sediments of sand or silt, and over time it builds up in layers and hardens. The same principle applied to these rocks on Mars, but instead of water, lava flow carried and deposited crystals that over time formed “beautiful layers.”

But their efforts weren’t in vain. These rocks could “help us understand a lot of things about the interior of Mars,” she explained, such as the mantle of Mars’ core.

“Running the rover takes a lot of work,” she said. Every day, the team has to program what the rover does the next day.

One of those people is Roger Wiens, a Purdue professor in the Department of Earth, Atmospheric, and Planetary Sciences, who leads the SuperCam laser instrument team for the Perseverance.

The SuperCam fires a laser into a rock so that scientists can study it. Wiens also previously worked on the ChemCam for the Curiosity rover, is a fellow at Los Alamos National Laboratory, and was knighted by the French government for his work.

He became interested in space by building model rockets and mapping out the features of Mars with his brother.

He’s going to start teaching in the fall semester as a new professor at Purdue. His first course will be “Mars Exploration.”

Wiens said the reason the rover must be programmed ahead of time was because the time for the radio signal from Mars to travel hundreds of thousands of miles away to get back to Earth would be about 20 minutes, and the time to send a signal back would be another 20 minutes. This makes it essential for the rover to be able to work on its own after the team programs its commands for the day.

The Perseverance rover landed in Jezero Crater in February 2021, where there likely used to be a river flowing into a delta based on the inlet and outlet valleys around the area.

“This is the very first time that anyone has ever explored an ancient river delta on another planet,” he said.

So why are river deltas so important to this mission?

Instead of fossils and shells, Wiens said, they’re looking for anything similar to dome-shaped sedimentary rock deposits, or stromatolites, that could contain evidence of microbial life.

It hasn’t always been easy. When building the SuperCam, two months before their French colleagues had to send the part of SuperCam that shoots the laser to the US, the oven that was used in production broke and destroyed an essential mirror.

“They came to open the oven and it was too hot to even touch the handle,” Wiens said.

They went to work immediately, Wiens included, putting two shifts on for seven days a week, and completed the destroyed parts in five months.

The catastrophe proved to be lucky: They found a problem in the mirror that would have been unnoticed before. After changing the designs, the mirror worked better than it would have previously, even better than the Curiosity rover’s camera, ChemCam.

“All of a sudden we had much better vision with this instrument and we could see things much further away than we expected, and everyone was shocked to see how well it did,” Wiens said.

It has only been one year since landing, and according to NASA’s website, the Perseverance rover has already collected eight rock samples and one atmospheric sample.

In the next few years, it will collect more samples and strategize possible landing spots of the Mars Ascent Vehicle, the vehicle that will help deliver the samples the rover collected back to Earth. The Perseverance will go out of the Jezero crater to investigate better landing sites for the MAV. Wiens estimates the process will take about seven years.

“I mean, think about it, we can either put our technology to go to war with each other or kill each other or we can do it to explore things and make life more exciting and make life better,” Wiens said. “Part of our technology is to make life better, some of it is to explore. That is some of the best things we can do. It makes us all the more excited about the universe that we live in.”