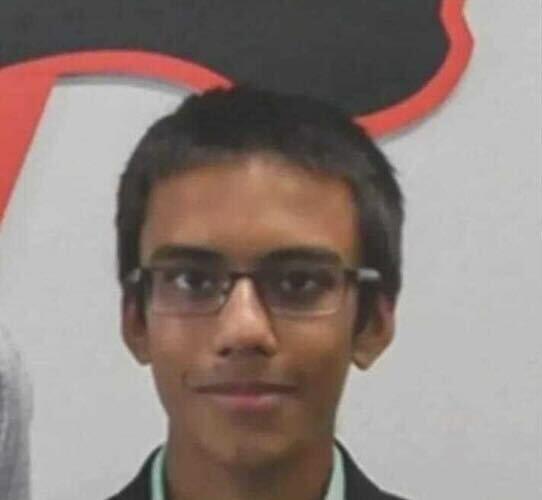 Varun Manish Chheda was killed by his roommate in his dorm early Wednesday night.

Varun Manish Chheda was killed by his roommate in his dorm early Wednesday night.

Varun Manish Chheda, 20, was killed overnight in his room in McCutcheon Residence Hall.

Chheda graduated high school in 2020 from Park Tudor School, a private school on the north side of Indianapolis, an Exponent staff member who knew Chheda said.

"He was unbelievably good at everything he did," the staff member said. "I didn't even process it when I saw his name until I said it out loud. I just had a flashback to science bowl in middle school."

Arunabh Sinha, an Indiana University student who said he's known Chheda since first grade, confirmed in a call with The Exponent the following Facebook post he published Wednesday:

"Varun was many things but above all, he was brilliant, humble, ethical, and family-driven.
"Brilliant: Varun exemplified the perfect combination of naturally gifted and hard-working. This led to him demonstrating success in academic competitions and typically being the mentor in the room, especially the science classroom. I can personally attest to this as he carried the load of the effort on our bridge building project among many others.
"Humble: Despite his brilliance, Varun never let on that he was a finished product. He consistently strived to be a better version of himself, and showed great respect towards everyone and their goals.
"Ethical: Varun always chose to take the route of integrity. He would do what is right especially if no one was watching, from academics to chess and video games. He refused to take shortcuts and was willing to put in the effort to make the morally sound decision.
"Family-driven: Most importantly, Varun was a bright son to his parents and a star role model to his younger sister. Even I looked up to him as I noticed how deeply he cared for the well being of his sister, Kavya. Our hearts hurt deeply for her, his parents, and his family all around.
"My sister and I were lucky to attend school with Varun for 12 years. Varun touched lives at every turn he took, from Sycamore, Park Tudor, and Purdue, to everywhere outside of school he was involved. He was destined to make a large impact in our world and while we have been robbed of this opportunity, I am still highly appreciative to have known him since 1st grade. Rest in peace, Varun. We will miss you dearly."

The Exponent staff member said he met Chheda in middle school and stayed in touch with him throughout high school, even though they went to two different schools, through Science Bowl, a U.S. Department of Energy academic competition that tests students on their science and math knowledge. The staff member said the two competed against each other, and when Chheda was in eighth grade, his team went to nationals.

"I just remembered his (family) used to come to all of his tournaments," he said, choking up. "He was really, really good at it − like unbelievably good. I thought for sure he was Ivy-bound.

"He was one of the smartest people I knew."

He was a semifinalist in the National Merit Scholarship Program and a candidate for the U.S. Presidential Scholars Program in 2020, according to a Facebook post from the school.

"The entire Park Tudor community is incredibly saddened by the tragic loss," Interim Head of Park Tudor School Dennis Bisgaard said in a statement. "Our prayers are with the family at this difficult time."

"(Chheda) was a straight shooter," senior Sumeeth Guda, who took a class with Chheda, said. "(He was) a good person and a really good student, and it showed."

Guda, a mathematics and science student, said the two had worked together on group projects before and described Chheda as a diligent person and a hard worker, praising him for his ability to work in a team setting.

"I hope to see justice be done."