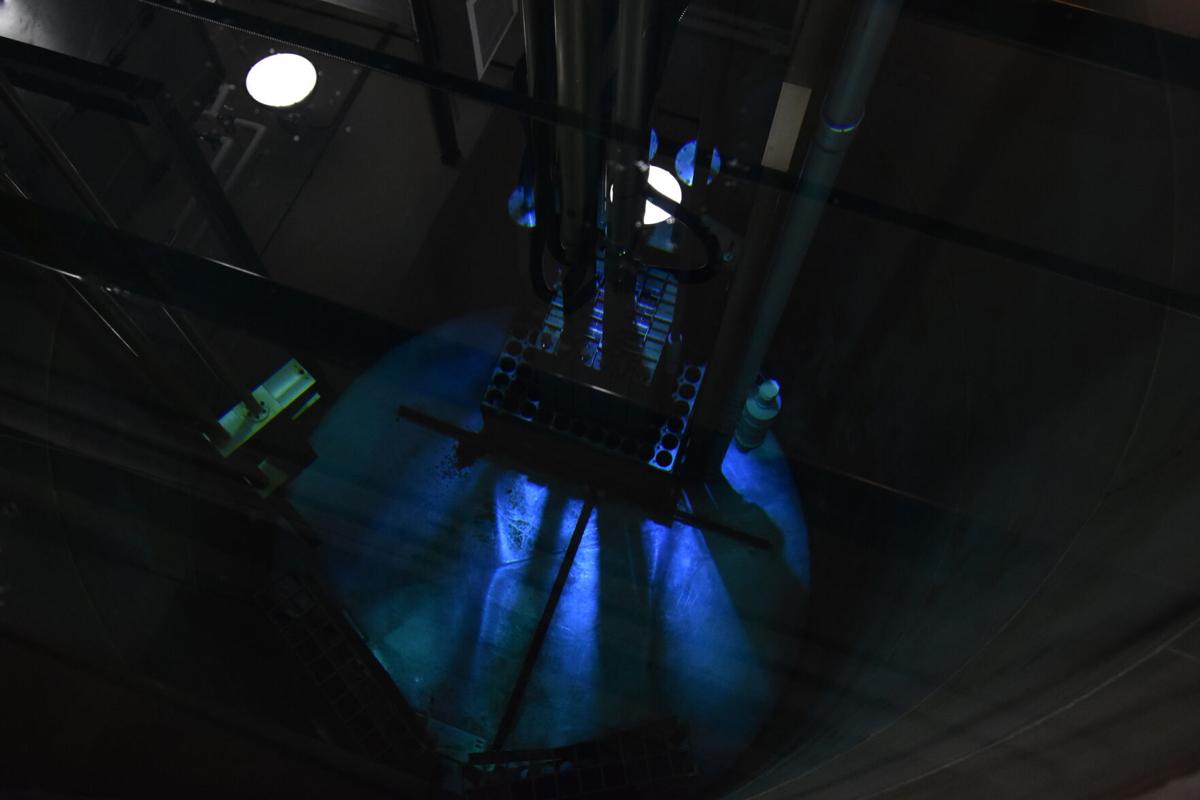 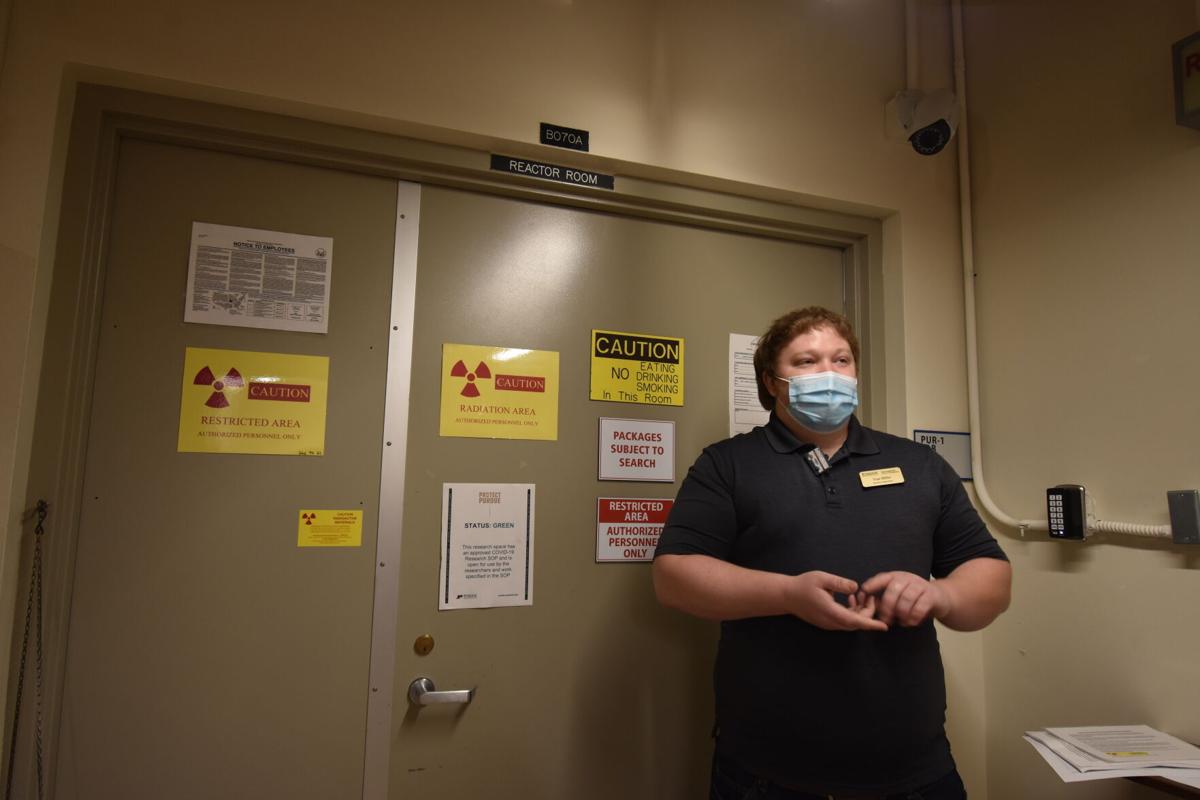 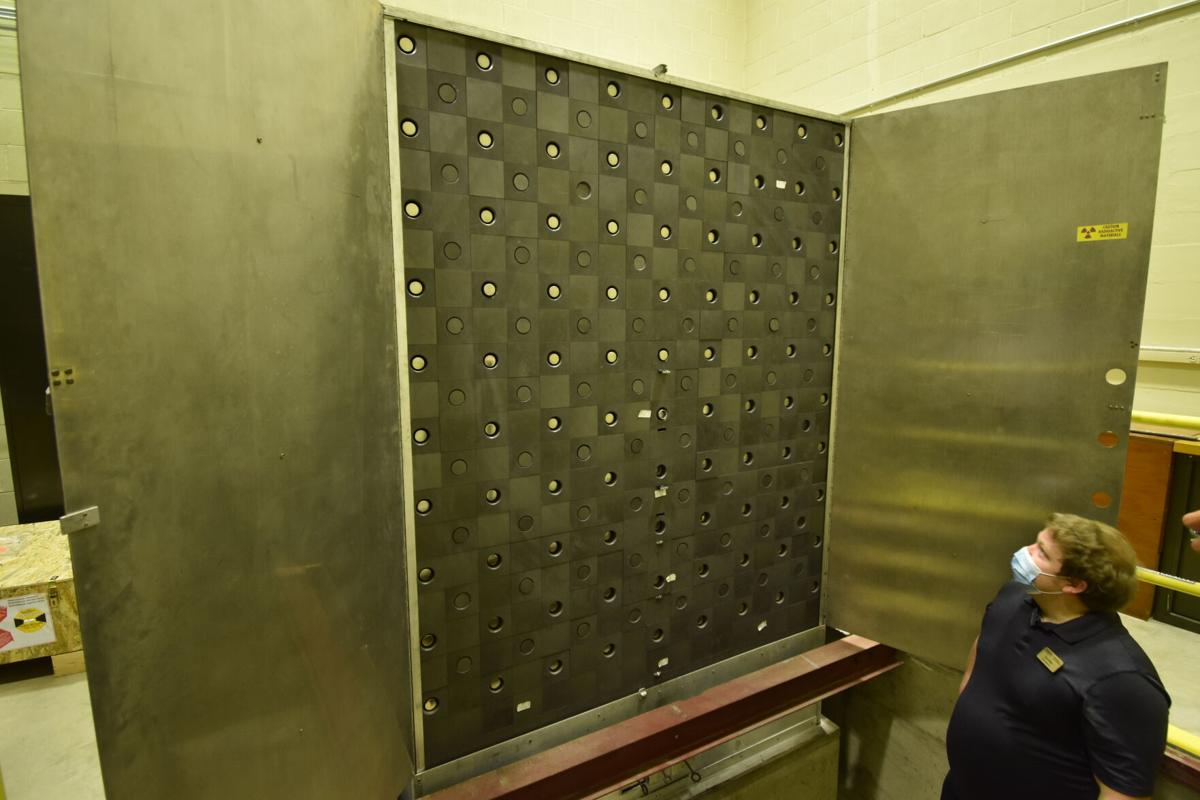 Natural uranium rods (U-238) are enclosed within black graphite blocks. 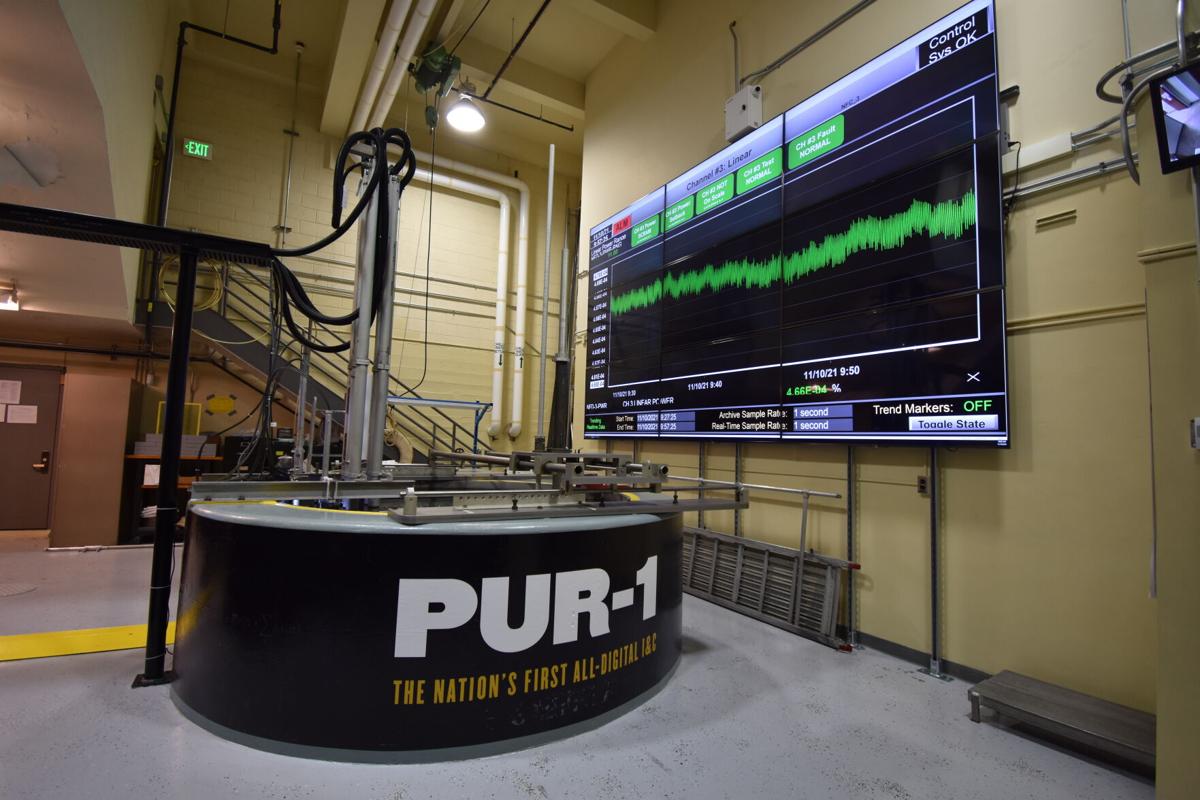 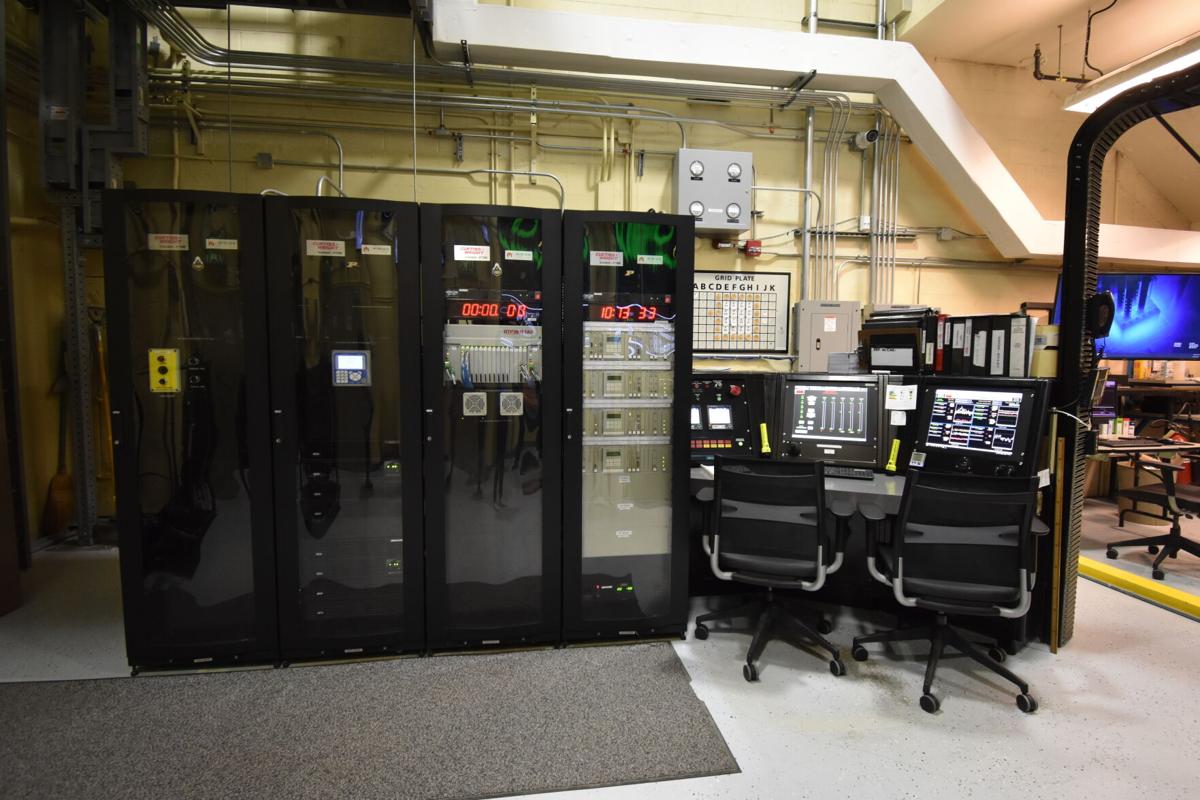 PUR-1 is the first nuclear reactor with a fully digital instrumentation and control system in the U.S.

Natural uranium rods (U-238) are enclosed within black graphite blocks.

PUR-1 is the first nuclear reactor with a fully digital instrumentation and control system in the U.S.

Humming quietly in the basement of the Electrical Engineering building, PUR-1, Indiana’s first and only nuclear reactor, has been the prized possession of the school of nuclear engineering for the past six decades.

“I consider the reactor to be a hidden gem on campus,” said Ashvini Malshe, associate marketing and communications specialist for the school of nuclear engineering.

“We’re not just a myth,” she chuckled.

Built in 1962 by the Lockheed Corporation, now Lockheed Martin, PUR-1 is a research reactor that uses enriched uranium loaned from the Department of Energy as fuel. The reactor core sits at the bottom of a deep water pool inside a small control room, allowing it to be directly observed during operations.

The reactor was the first of its kind to be designed for instructional purposes.

“You can do (nuclear engineering) on a chalkboard all day, but this is where (students) actually get to experience and see what it feels like to run a reactor and test all the theories they’ve been learning from the books,” said True Miller, the reactor supervisor and nuclear engineering radiation laboratory coordinator.

To Ryan Smith, a senior in nuclear engineering and a student employee at the facility, having an instructional nuclear reactor on campus played a major role in his decision to come to Purdue.

“I’m really glad that I came here, because I was able to get on with the reactor, and I just don’t know if I (would have) that opportunity at a different school,” Smith said. “What’s the point of all of this stuff that I’m learning (if not for) getting to actually apply it and use it in the real world?”

When PUR-1 is in operation, it induces a chain reaction from nuclear fission. Neutrons are fired into the fuel rods, splitting uranium atoms and producing more neutrons, Miller explained.

“It’s a system that, with a certain geometry and a certain material type, is allowed to have a self-sustaining reaction,” Miller said. “It’s like a campfire; the heat from the fire burning the wood keeps it going.”

The reactor is licensed to constantly produce up to only kilowatts worth of energy, enough to power about 10 hairdryers. Miller said the reactor’s main function is to produce neutrons, not electricity.

The university uses the reactor as “a neutron source for activation to support the engineering, health science, chemistry, pharmacy, agriculture, biology and nanotechnology departments,” according to the nuclear engineering website.

“There are a million uses,” Miller said. “There are ones I’m learning every day. It really runs the gamut of what you can do.”

After receiving a federal grant through the Nuclear Energy University Program in 2012, Purdue converted its nuclear facility from a traditional analog system to a digital one.

PUR-1 now has a 150-square-foot display screen in the control room that continuously exhibits data and figures produced from the reactor system.

“With the old system, you’d have to be sitting there with your lab notebook, recording data off of the ticker tape as it came out,” Miller said. “Now, every single data point that we measure is recorded in real time and stored for the life of the facility.”

The U.S. Nuclear Regulatory Commission licensed PUR-1 as the nation’s first entirely digital nuclear reactor, a milestone in the history of the program.

“The previous reactor supervisor had planned a class trip to go to Dubai to teach at a university out there. He would have an operator standing here at Purdue, and he would tell him ‘pull the control rods.’ In real-time halfway across the world, the students sitting in that classroom would be able to see the effects of it.”

Purdue students and members of the public can schedule a tour of PUR-1 online for free. The facility welcomes approximately 1,500 visitors a year, according to the PUR-1 website.

Malshe said having hands-on experience with the reactor gives Purdue students a competitive edge in this field.

“A lot of them, like Ryan, get to have hands-on experience, which is pretty much invaluable as a nuclear student,” Malshe said. “And walking away, they’re able to have industry experience that maybe not a lot of students have, which gives them an upper hand whether they choose to go in academia or industry.”