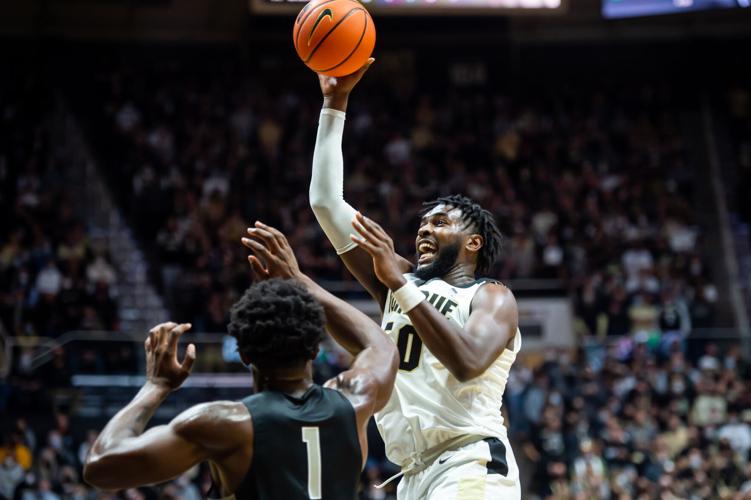 Senior forward Trevion Williams takes a jump shot over Indianapolis' Kendrick Tcoua. Williams, who did not start, scored 10 points and had six rebounds. 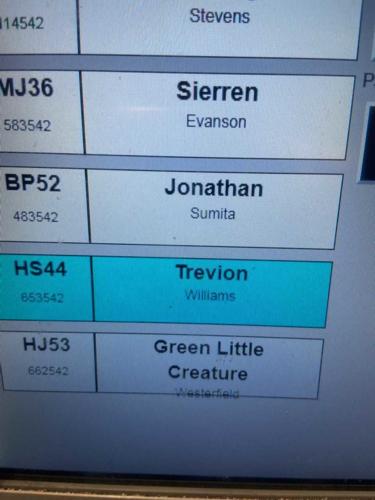 A list of mobile orders at the McDonald's on Stadium Avenue includes Trevion Williams, who reportedly pushed a worker there. 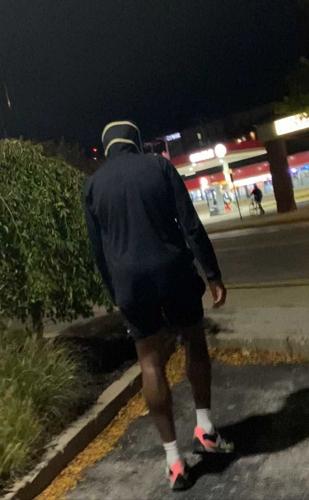 Oneida San Juan took a photo of Trevion Williams as he left the McDonald's. San Juan said Trevion shoved her to the ground after an argument over his mobile order. 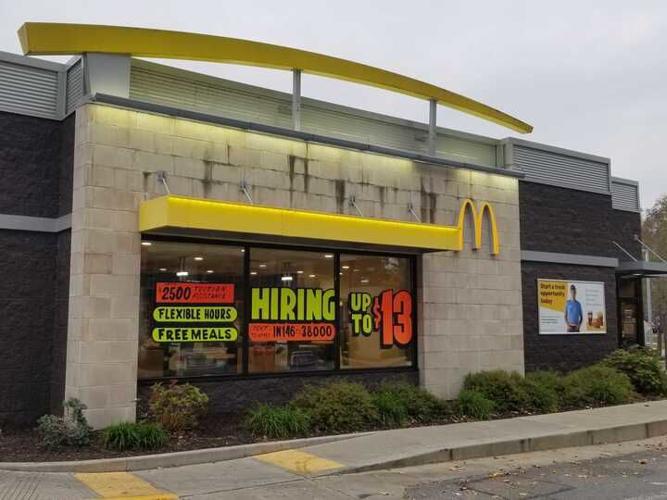 Purdue basketball player Trevion Williams was accused of shoving the manager at the McDonald's on Stadium Avenue after an argument over his mobile order.

Senior basketball player Trevion Williams has been accused of arguing with and battering a 37-year-old night manager at the McDonald’s on West Stadium Avenue.

By 1:45 a.m. Oct. 21, the three McDonald’s employees could no longer take on any new orders. They were forced to close for the night to catch up with the ever-increasing requests, the night manager, Oneida San Juan, said; they had at least 30 to 45 minutes' worth of orders to hand out, including mobile orders.

Williams arrived when the store was closed, and the shop’s system for mobile orders was closed, San Juan said. Williams allegedly confronted an employee named Dominique, who went inside the store to ask San Juan for help with the customer.

“I went out there, and there was Trevion,” she said.

San Juan told Williams all mobile orders and pending purchases were canceled at the time because of the closing, and the store was not taking any new ones, she said. Williams allegedly argued with San Juan, saying he had already been charged for his order. She told him to cancel his order for “his own peace of mind” to ensure he would not be charged for the fries.

A portion of the confrontation was recorded on San Juan’s cell phone as an audio file and sent to The Exponent.

"I don't know what games you're playing," Williams said in the recording, "but I ordered some fries, and I want my basket of fries."

San Juan responded by telling Williams that she canceled his order.

"I already ordered my s---," he shot back, his voice rising.

She said she tried to walk him through the cancellation process, eventually pushing the “cancel” button for him. Williams still wouldn’t leave, saying San Juan would not “honor his order,” according to the police report provided by Tom Nisen, a 63-year-old McDonald’s maintenance worker who was there.

“I had already explained to him the store was closing because it was severely understaffed,” San Juan said. “This was the second time he wanted to argue with me."

After San Juan walked him to the exit, Williams allegedly pushed San Juan to the ground when she tried to close the door behind him, which was also recorded in an audio file.

Williams is heard shouting "What the f---!" before the sound of San Juan falling and screaming.

San Juan said Williams opened the door before pushing her to the ground as she was falling forward. Nisen said he didn’t see Williams put his hands on San Juan but did see her fall over at the door.

Security footage provided to The Exponent shows Williams pulling the door open and stepping forward, but it’s unclear whether Williams pushed her, whether the door struck her or whether she fell on her own.

West Lafayette Police Capt. Adam Ferguson said officers were initially told there wasn’t a camera that caught the incident. San Juan said she didn’t know the cameras down the hallway had recorded it.

McDonald’s managers later sent security footage to the police after San Juan said she had time to “look at every camera angle.” The police report also states a witness said Williams was going to leave the store and turned around to say something when he had never left the store at all.

San Juan suffered “pain in her back, lower leg and hip,” she said in a Wednesday interview. The injuries put her on muscle relaxers for a week because of the pain, she said.

San Juan said she wanted to make sure her injuries were documented. WLPD officers offered to call an ambulance, but she said she would go to the hospital on her own time and send the hospital paperwork to the prosecutor.

Because San Juan had no bruises or other evidence of battery, the police report was not initially forwarded to the prosecutor, and police didn’t arrest Williams.

Police log entries showed two different reports for the event. The original dispatch log recorded the incident as a battery, without any further detail. The media report sent to The Exponent in the same document as the dispatch log listed the event only as an “argument” and didn’t contain a summary or names of parties involved.

Typically, the dispatch log is kept to a few key words with a time and location, while the media summary contains a description of the event as well as names of all people involved.

Ferguson said the disparity was “nothing nefarious” and simply the result of a new record system police are still getting used to.

“The way things show up on the logs is still a mystery to me,” he said. “Maybe I need to get more educated on that log, so I can better explain why you’re seeing what you’re seeing.”

He explained that sometimes keywords are entered before police know the full context of any situation, leading to log entries that don’t tell the full story.

"The Purdue Athletic Department was made aware of an incident involving student Trevion Williams on the night of Oct. 21," the statement said. "The alleged incident was reviewed by law enforcement, campus officials and the athletics department. Trevion is an outstanding representative of this university, and it's unfortunate that he has to address accusations made that do not have merit and are unfounded. We consider the matter closed."

Williams told an officer that San Juan had used racial slurs toward him, an accusation she denied. The audio she recorded and sent to the Exponent didn’t include any racial slurs.

After she got up from the floor, San Juan said she and the rest of the McDonald's staff followed Williams into the parking lot. It was then that a DoorDash driver saw the situation and called 911.

San Juan said she tried to take photos of Williams in the parking lot by the drive-through window to better describe him to the recently called police. Williams knocked the phone out of her hand and shoved her to the ground a second time when he saw the phone, she claimed.

The police report claims that security footage outside the building shows San Juan only lost her balance when the phone was “shoved” from her hand.

San Juan said she trailed Williams “at a distance” to show where he was headed as the DoorDash driver described what happened to the police over the phone. One of the officers stayed with the pair when they reached Williams’ off-campus apartment two blocks from McDonald’s, while WLPD officer Jeff Dunscomb confronted Williams.

Both Dominique and San Juan said the officer changed his tone when he first heard the name of the order.

Ferguson said people have complained about the police trying to hide incidents in the past because of the names of those who were involved.

“We’ve already been getting complaints that we’re trying to sweep it under the rug,” he said. “There’s no trying to downplay anything here, I assure you that.”

San Juan would like to file charges, she said, but the more than 11 attorneys she called told her she couldn’t unless the injuries she sustained were related to a worker’s compensation injury. She is still looking for an attorney to take her case.

Ferguson said WLPD is no longer investigating, and the case is awaiting a decision from the prosecutor.