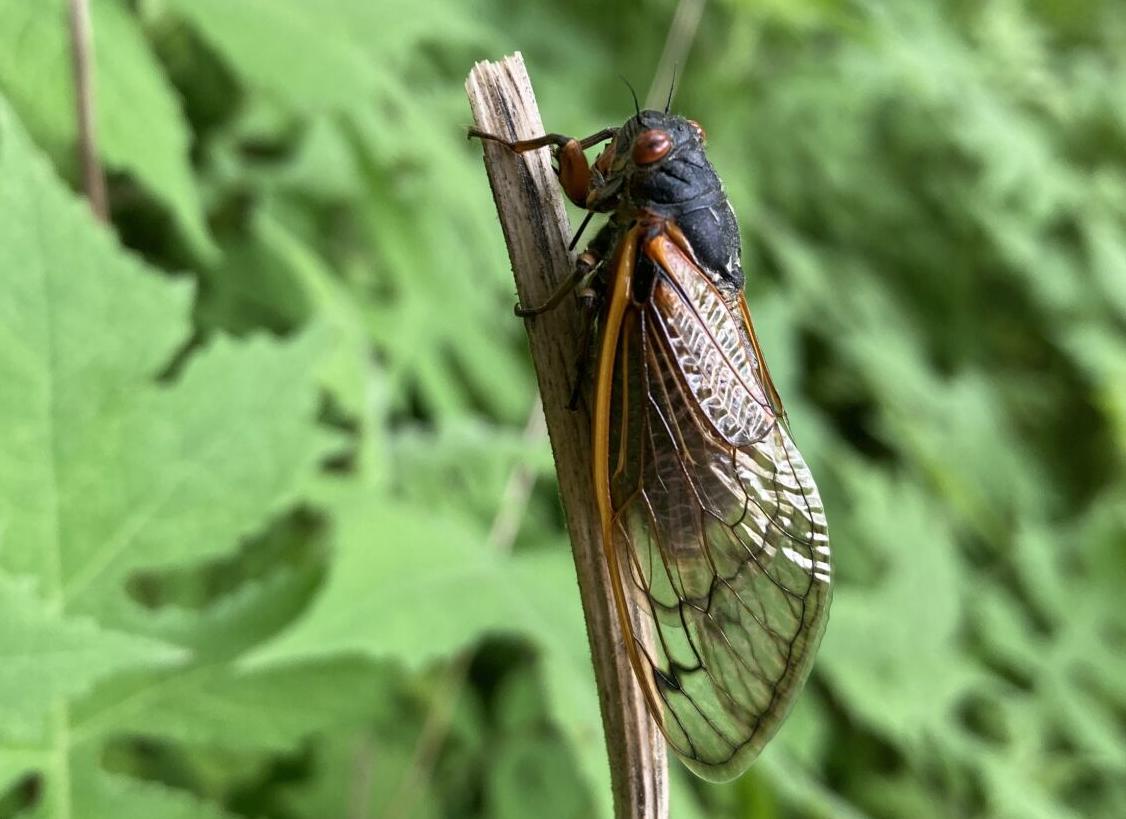 A Brood X Cicada sits on a branch at Martell Forest. 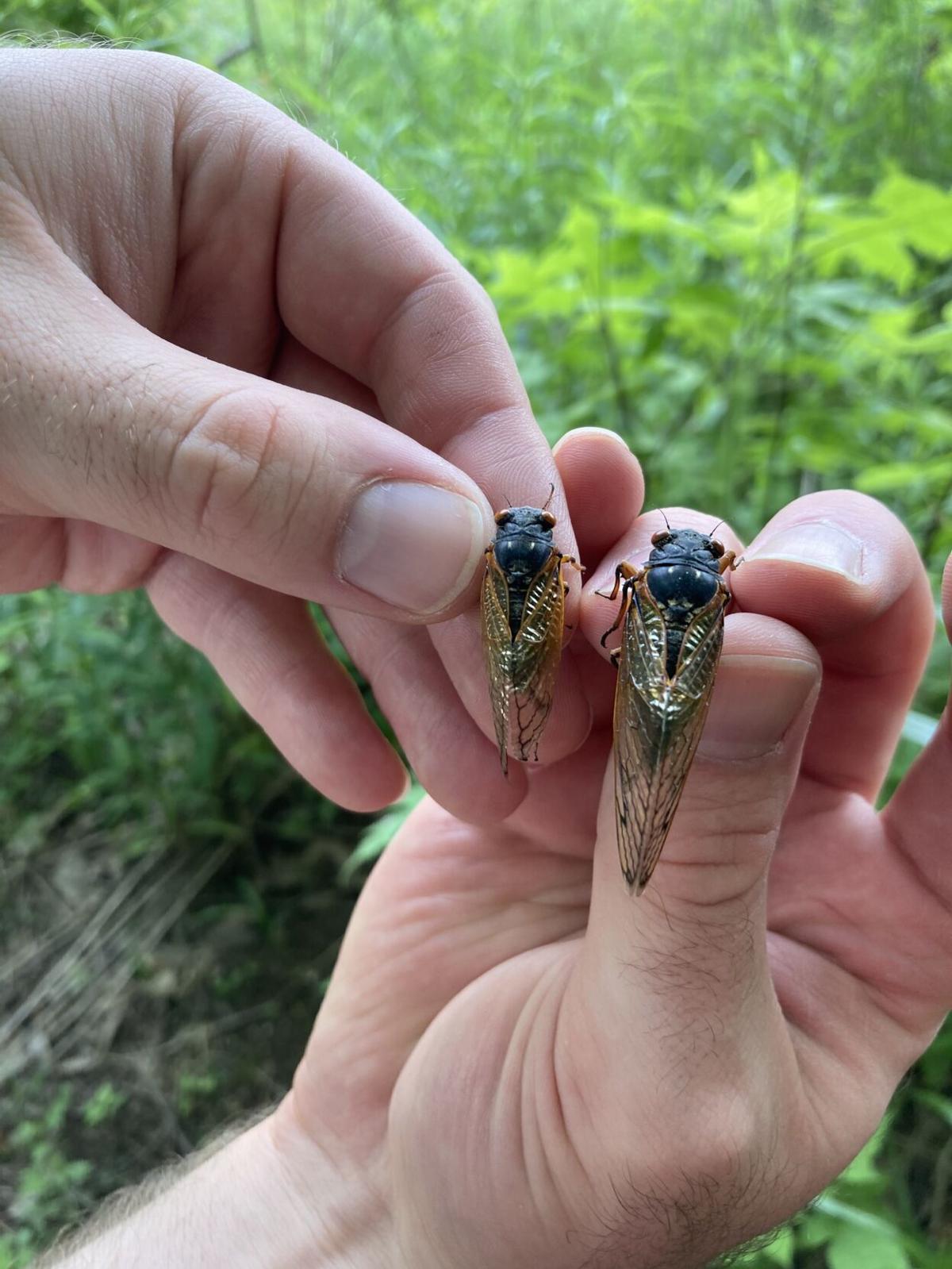 Doctoral student Christopher Wirth holds two species of Brood X cicadas. From left to right, the Magicicada cassinii, or the Dwarf Cicada, and the Magicicada septendecim. 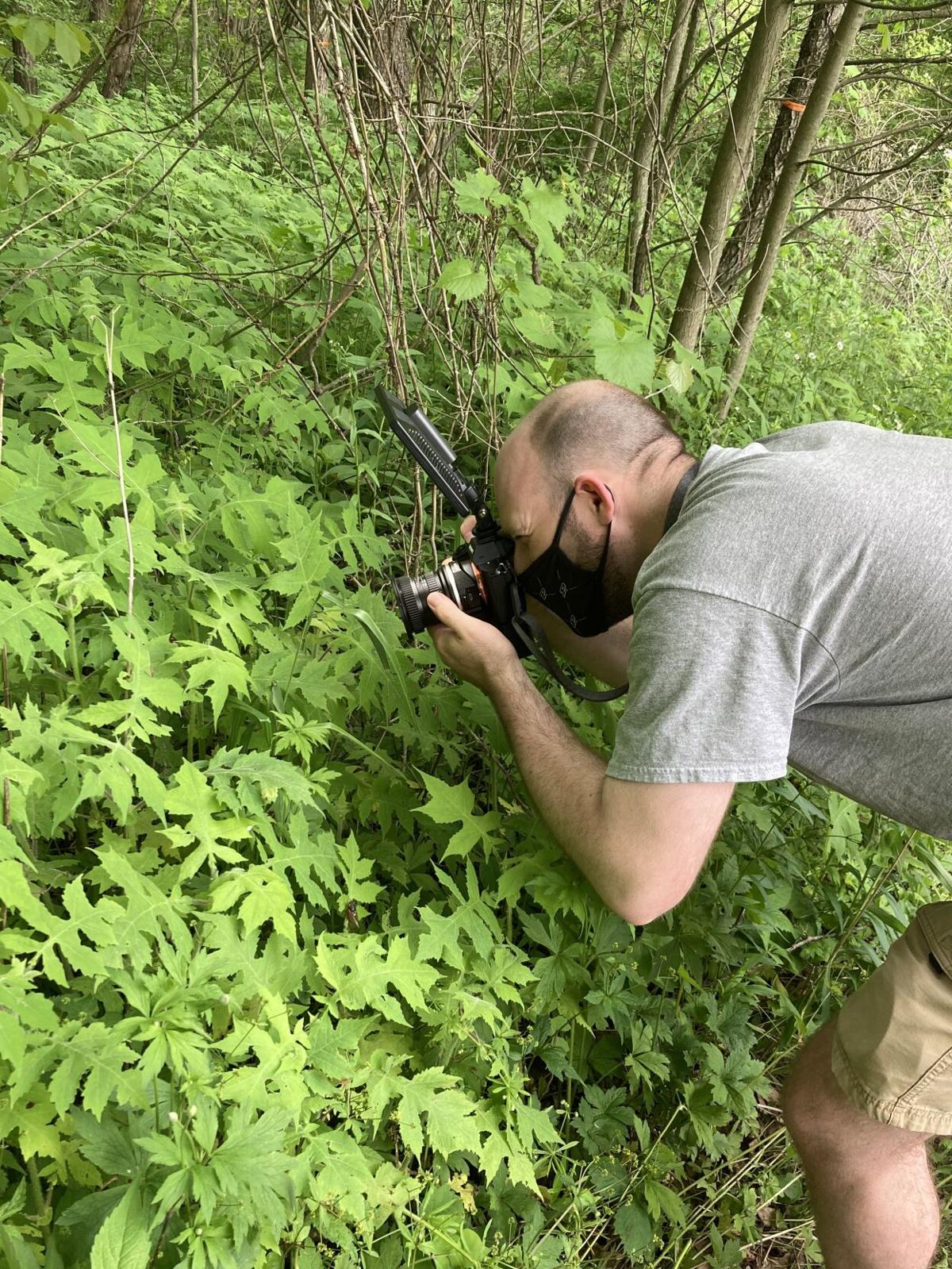 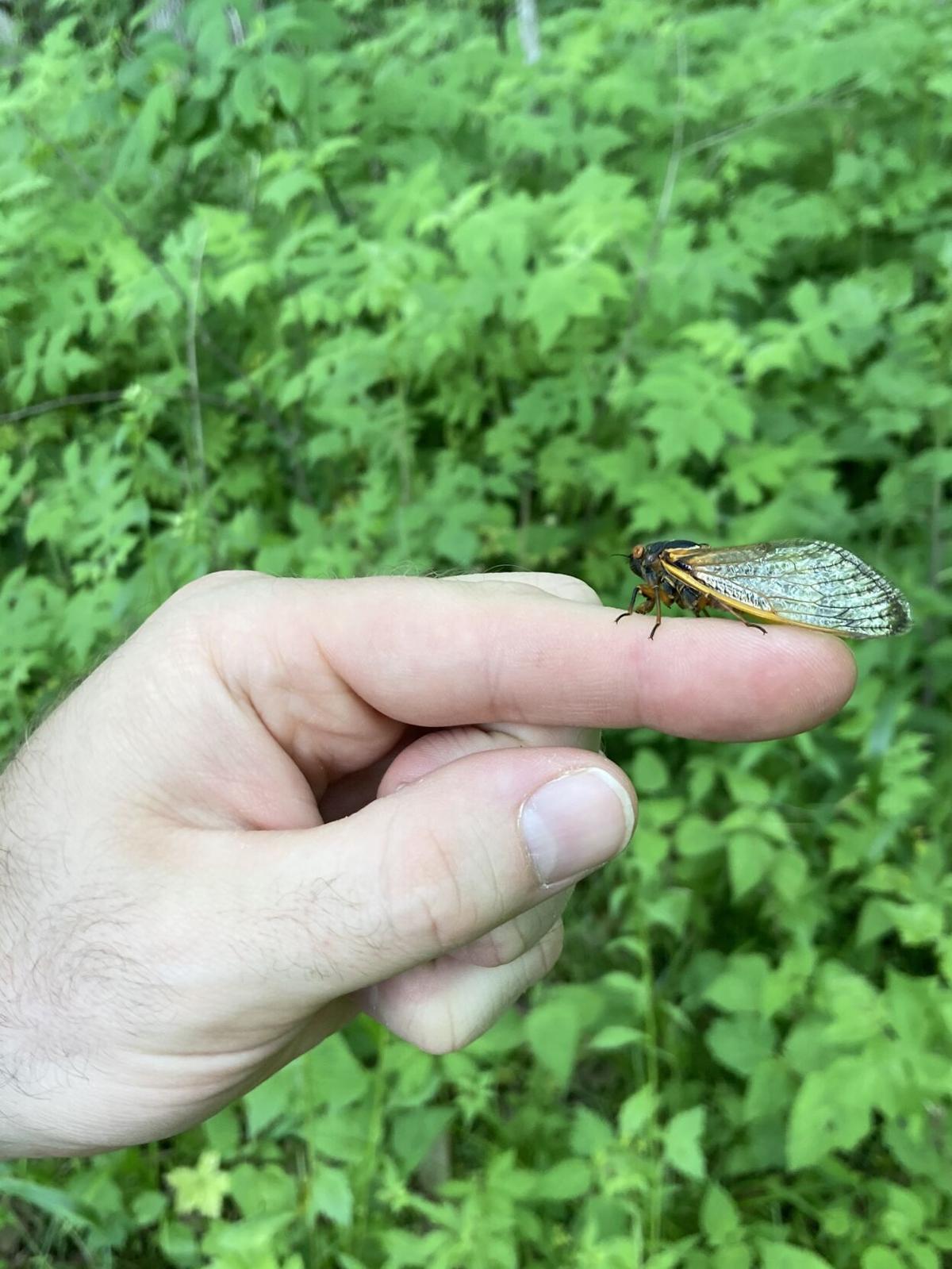 A Brood X cicada half the size of a human finger.

A Brood X Cicada sits on a branch at Martell Forest.

Doctoral student Christopher Wirth holds two species of Brood X cicadas. From left to right, the Magicicada cassinii, or the Dwarf Cicada, and the Magicicada septendecim.

A Brood X cicada half the size of a human finger.

Doctoral entomology student Christopher Wirth visited Martell Forest for the third time on Monday, looking for the Brood X cicadas that have been appearing over the past few weeks.

But not much searching was needed.

Upon exiting his car, the never-ending hum of cicadas in the forest greeted Wirth as he approached the woods, the volume increasing with each step.

Wirth glanced at the ground for a brief second to talk enthusiastically about the tiny craters caused by the cicadas' emergence when he sees the exuviae, or molten exoskeletons, of many cicadas. In that moment, Wirth knew the Brood X emergence was finally beginning.

In their most recent visit above ground, the Brood X cicadas have found their way into Tippecanoe County. Though their ever-present calls are already being heard in more forested areas, Purdue entomologists say this is only the beginning.

The Brood X cicadas show up once every 17 years to mate and return underground to birth the new generation and let the cycle repeat. Their last emergence was in 2004, where they appeared in the same localities that they have appeared in this year. Indiana is considered to be the epicenter for the Brood X emergence, with the southern portion of the state expecting a much larger cicada population, according to previous Exponent reporting.

Purdue’s campus, however, isn’t going to see much cicada action. Elizabeth Barnes, the exotic forest pest educator at Purdue, says that because of the constant construction and the small population of older trees around campus, a cicada sighting won’t be common.

Yet a lack of cicadas on campus doesn’t mean there aren’t any in the Greater Lafayette area.

Martell Forest, an outdoor research center just outside of campus, is seeing a number of cicadas already. As you walk along the trails, you’ll see a plethora of tiny holes in the ground from the cicadas burrowing their way to the outside world.

The cicadas aren’t hard to find, either. It takes only one glance to find the familiar black and orange insect sitting on top of a nearby plant.

And this is only the beginning.

“Based on iNaturalist.org, no cicadas were seen in this area (Martell) before last week,” Wirth said. “Based on all these observations, it does seem like this is the very start.”

Despite it being the beginning of the Brood X emergence, Martell is already a host to hundreds of cicadas, maybe even thousands. As Wirth walked along the trails of Martell on Monday, looking for cicadas to photograph, he easily found 10 to 15 within his first few steps. He said that if he were to go deeper into the forest, there would be no problem finding a thousand.

Even with these numbers here already, it’s no match to what southern Indiana is seeing, Wirth said.

“Down around Indianapolis, around Fishers, I’ve seen pictures of piles (of cicadas),” Wirth said. “I think one of the issues is that we’re also really on the edge of their range here.”

While talking about the mass abundance of cicadas, Wirth mentions a colleague from Virginia who began counting the cicadas from the first night of their emergence. The first night was about 100, but by the second or third night, they had counted about 1,500.

And if you have any concerns about these insects, don’t worry. The cicadas aren’t here to hurt you or cause any damage to the ecosystem.

The damage cicadas cause to trees is purely cosmetic, Barnes said, and despite their intimidating appearance, cicadas won’t pay you any mind. Wirth, on his expedition to Martell to document the emergence, handled numerous cicadas without any of them putting up a fight.

“They (cicadas) are pretty fearless,” Wirth said as he plucked a cicada from a nearby plant. He turned the cicada around in his fingers, pointing out certain anatomical distinctions of the cicada without the insect resisting Wirth's examination. “The most we’ll see is that they’ll get a little wary and back off.”

The Brood X emergence won't last long, Wirth said. The cicada frenzy is expected to die down in mid-June, just in time for the annual cicadas to take the reins once again.

The Purdue Department of Entomology, however, is wasting no time researching the latest generation and collecting specimens to further document the cicada timeline. In its cicada collection, it keeps records of the different generations of Brood X cicadas dating back to the late 19th century. Soon enough, the 2021 Brood X cicadas will be sitting next to their ancestors from 2004, 1987, 1970 and beyond.

Along with the expeditions, the department is also collecting data from citizen scientists around Indiana to map the state’s emergence areas.

But as for Martell and other forested areas around Tippecanoe County, it’s about to get noisier in the coming weeks, and Wirth is prepared to endure the oncoming cacophony for another chance to see these rare insects.