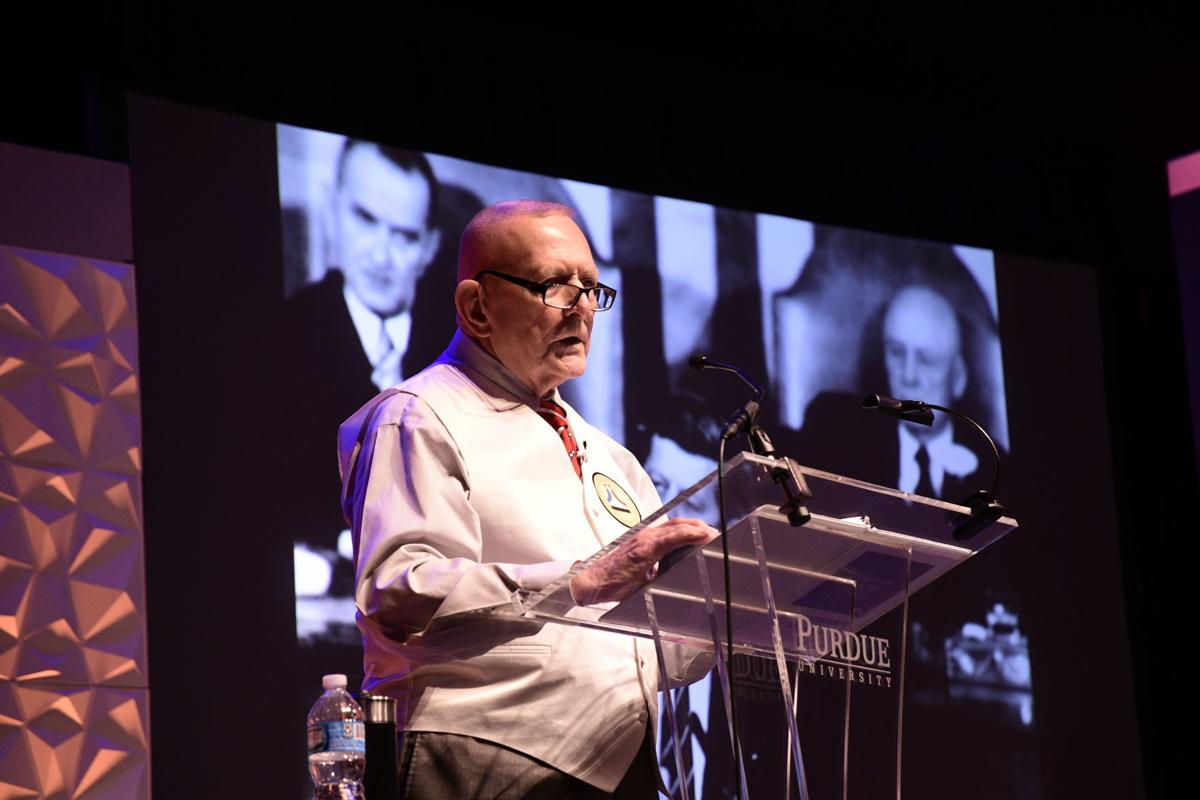 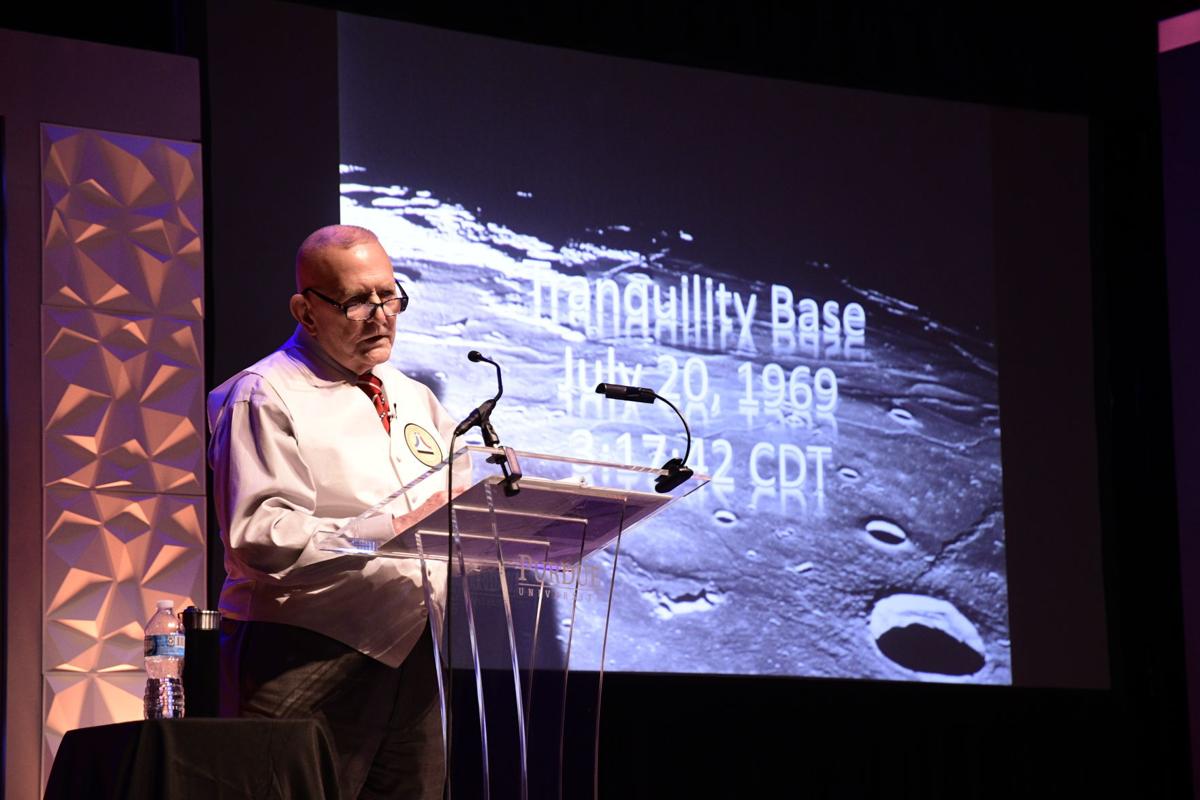 Hundreds of people got the chance to relive the monumental moment of mankind’s first steps on the moon as a former NASA flight director shared inside details of the Apollo 11 mission as part of the celebration of the 50th anniversary.

Gene Kranz answered media questions and spoke at a public event titled “Go or No-Go: The Untold Story of the Apollo 11 Moon Landing” last week at Loeb Playhouse. Tickets were sold out, and the event was live-streamed in two overflow rooms.

As footage from the mission was projected on the screen, Kranz narrated the historical event.

On the day of the liftoff, he recalled the mission control center was quiet when he arrived. No one was allowed to enter or leave the room until the crew had successfully landed, crashed or aborted.

“From now on it’s just my team and my crew,” the former flight director said. “No one else exists.”

Kranz’s team was counting down the seconds of the remaining fuel as Neil Armstrong and his crew approached the lunar surface. The rocket had only 120 seconds left of fuel and a 30% throttle setting.

Kranz said that by the 15th second, he was sweating, wondering if there was enough fuel to safely land. Then Kranz heard the words spoken from Armstrong over the radio: “Houston, Tranquility Base here. The Eagle has landed.”

In the seconds leading up to what was nearly unimaginable for most humans at the time, Kranz made a simple comparison of the landing to driving in snowfall.

“How many of you have driven down a snow lane road with the wind behind and it’s still snowing, so the snow is moving at the same speed you are? It was exactly the situation that Neil Armstrong was in,” Kranz said.

He explained that the lunar dust was blowing ahead of Armstrong, so the team had to find a rock or boulder for a stable landing.

To achieve such a mission, the former flight director recalled training during the early parts of the shuttle program to be rigorous as he “basically ran a boot camp.”

Back then, Kranz explained that many NASA members were self-taught engineers. At the time, he generally hired people with a physics degree. Many of them had military experience as well.

Armstrong studied aeronautical engineering at Purdue and served a year in the U.S. Navy as an aviator.

Kranz described the astronaut as a thoughtful individual, always thinking things over before agreeing.

“He wasn’t worried about getting (to the moon), he’d worry after we get there,” Kranz said, laughing. “He had already mentally landed; he was ready for the next step.”

NASA’s next big project is to create a gateway for long-term space habitation, which was announced Thursday by the dean of the College of Engineering, Mung Chiang.

The “Cislunar Initiative” plans to establish an infrastructure on the lunar surface to further moon exploration and eventually explore other planets, such as Mars. The project is predicted to sustain humans on the moon by 2028.

“As earthbound dwellers, we will be bound not by gravitational forces, but by our imaginations,” Chiang said. “Purdue engineering will be part of that journey.”

Kranz said Purdue is “one of the learning grounds” for space exploration, and he even has a granddaughter who is a Purdue student.

To tackle the cislunar project, Kranz thinks going back to the moon will be an international effort.

The flight director said he believes the biggest challenge is not building the technology for further exploration, but rather building the right team to do it. He explained his generation lived in an entirely different environment.

“You had the civil rights movement beginning, the environmental movement began, you had the Peace Corps. People were off their couches and marching for what they believe,” Kranz said, recalling the 1960s. “People were doing things.”

It has been 50 years since mankind’s first steps on the lunar surface, and it’s up to the nation to direct the next 50 years of space exploration, according to Kranz.

How many times have you been tested for the coronavirus as part of Purdue's random surveillance testing?