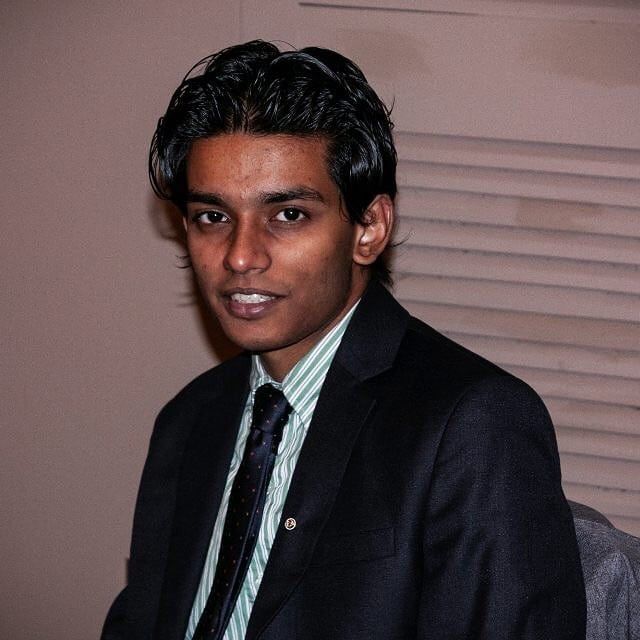 Anirudh Vasudevan was a member of Sigma Nu fraternity and set to graduate with a degree in industrial engineering in December. 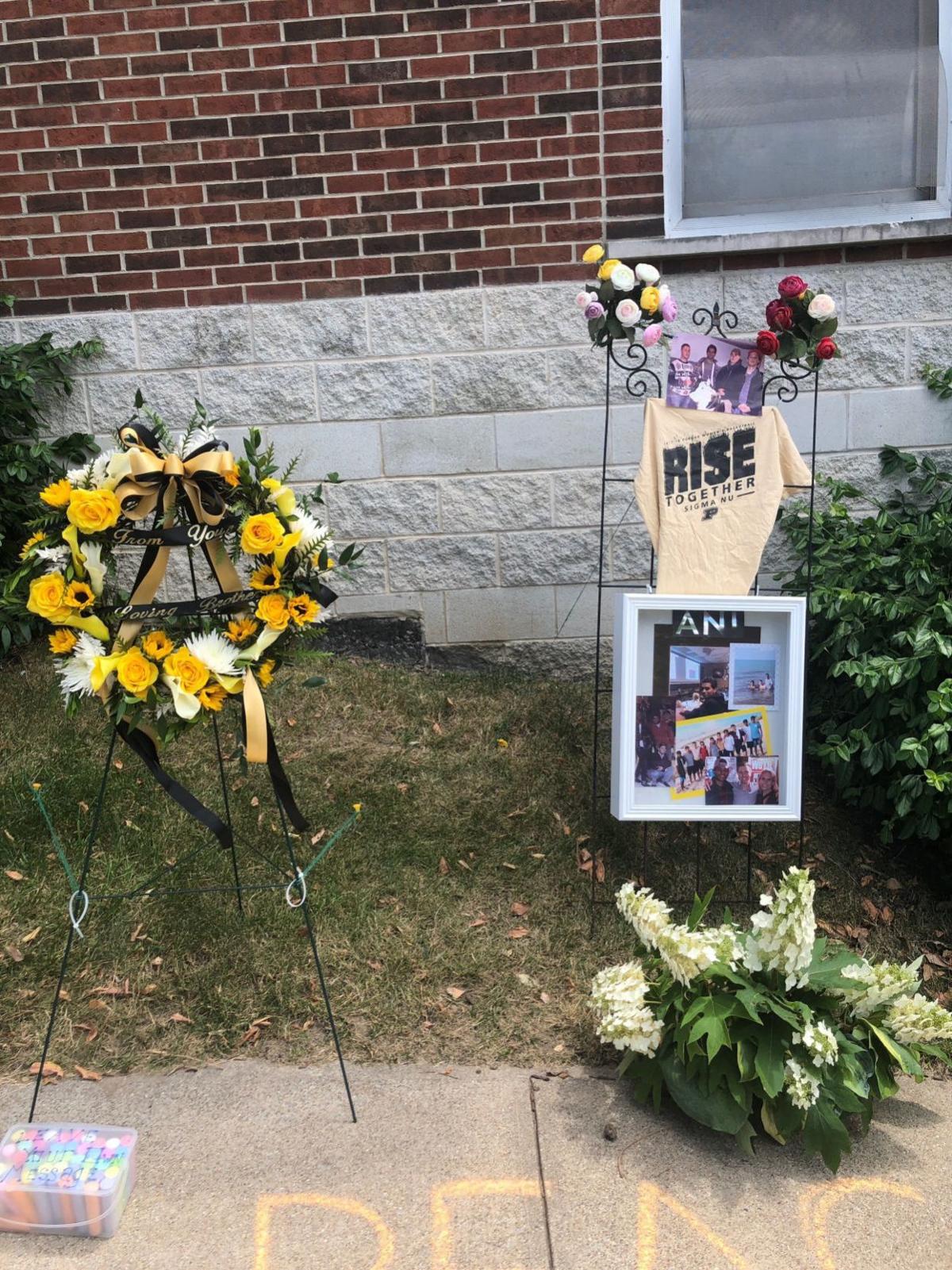 Friends from Sigma Nu fraternity arranged a memorial ceremony to show Vasudevan's family that he wasn't alone in the three years they didn't see him.

Anirudh Vasudevan’s mother traveled nearly 9,000 miles from Singapore to a Lafayette funeral home to see her son’s body on June 15.

His mother came with husband and daughter, and met cousins who had flown in from Texas and California, to mourn. Jarod Davis, an incoming senior, is one of Vasudevan’s only friends still in West Lafayette, he says, and was there to meet the deceased student’s mother.

“She started crying and said, ‘I haven’t seen him in three years,’ ” Davis said.

Three days prior, the incoming senior in the School of Industrial Engineering was found unresponsive by a roommate in a house Vasudevan rented on Stadium Avenue.

The cause of death is still unknown and pending a toxicology analysis. The police and the coroner both confirm they don’t suspect foul play.

Davis said he’s begun to collect letters from friends of Vasudevan to combine in a package and send to the student’s family. He’s been encouraging peers to share favorite memories of Vasudevan. He hopes to give shape to his experience at Purdue, to show Vasudevan’s family he was loved in West Lafayette.

“Even though we made each other mad sometimes, every single time we ended the day by saying, 'I love you.'”

Vasudevan came to campus in fall 2016 from Singapore as a first-year engineering student. Maya Sanaba, a recent graduate from the College of Liberal Arts, was part of a WhatsApp group chat along with him and nearly 300 other international students who came to Purdue that year.

"He was one of those people, wherever he goes, he's the life of the room," she said. "He brought so much energy to every situation."

He met James Mulvenna during his freshman year in Harrison Hall, where he was part of a tight-knit learning community called Global Engineering. Mulvenna said he and Vasudevan spent hours together in messy dorm rooms, finishing assignments into the early hours of the morning, using humor to lighten the burden of the work.

“I remember sitting in his dorm room laughing until there was just pain in my chest,” Mulvenna said. “We could have been done hours before.”

Vasudevan was the friend who earned As on exams while peers toiled away for Bs and Cs, Mulvenna said. Karthik Sharma, another friend on the floor, said Vasudevan was quick to help students through notoriously challenging calculus problems.

Always outgoing, Vasudevan did a stint as an Electric Vehicle Grand Prix driver his freshman year, representing his dorm. He joined Sigma Nu fraternity as Alumni Relations Chairman the fall of his sophomore year and became an increasingly active member, friends say.

The day after his death, 15 friends met with Vasudevan’s family at the fraternity for a memorial ceremony. A plastic bin full of chalk sticks invited visitors to leave messages.

Scrawled on the pavement were sentiments of grieving friends and family: “We will miss you so much” and “Rest easy, we won’t forget you.” A black and gold wreath hung on a makeshift memorial with a ribbon that read, “From your loving brothers.” Pictures of Vasudevan with friends adorned an adjacent memorial.

“If there was one person who I could say made me want to be with Sigma Nu, it was Ani,” member Carter Martin said in a later interview. “We wanted his family to know we were there for him.”

When the Sigma Nu house closed in April because of the coronavirus, Sharma said Vasudevan asked if he could move into the house on Stadium Avenue. The college experience had changed Vasudevan in some ways, but small details reminded Sharma why he loved his friend.

Vasudevan offered to pause movies when either of his housemates left the room briefly, Sharma said. He was an upbeat presence, full of recipe ideas and ways to brighten a sullen time for students stuck at home. The three cooked chicken tikka on the grill and channa masala at Vasudevan’s urging, a fun memory that sticks with Sharma.

Mulvenna and Davis remember Vasudevan’s stubbornness, a trait that both irritated them and reminded them how impossible it was to stay upset with him. When Mulvenna thinks of Vasudevan, he sees an image of his friend spread out on Mulvenna’s couch, empty drink bottles and bags of chips on the surrounding tables.

“He would just live at my apartment,” he said. “I would get on him for mooching. I would be so irritated with him, but it was so hard to stay mad at him. I’d just end up laughing.”

Davis saw Vasudevan at least twice a week during his sophomore year. The two butt heads often, something Davis said his mind returns to when he thinks of Vasudevan now.

“Even though we made each other mad sometimes,” he said, “every single time we ended the day by saying, 'I love you.'”

Because he’s in West Lafayette, Davis has been a main contact for Vasudevan’s parents. Along with collecting letters, he’s been to Sigma Nu to collect his friend’s belongings. He said his phone bill has skyrocketed because of the volume of international calls he’s making.

Vasudevan’s family flew back to India early last week with his body, friends said, after days of worry about the prospect of air travel during a pandemic. He received his last rites and was cremated Friday, in accordance with Hindu tradition.

The scores of errands required when a loved one dies have not spoiled the grieving process, Davis said. Rather, helping Vasudevan’s family seems the purest way in which he can honor his friend.

He knows Vasudevan spoke to his mother every other day in lieu of in-person interaction their relationship had been deprived of for years. Vasudevan and his mother spoke the night before his death, a conversation during which he seemed his lively self.

The goal of the letters is to show Vasudevan’s mother he was supported, cared for and loved in the U.S., Davis said.

As Davis left the funeral home, Vasudevan’s mother validated his efforts. After Davis hugged her, she looked at her daughter and said words that caused him to break down.

“Come hug your other brother,” she said, seeming to realize that her son was surrounded by a second family when he passed.