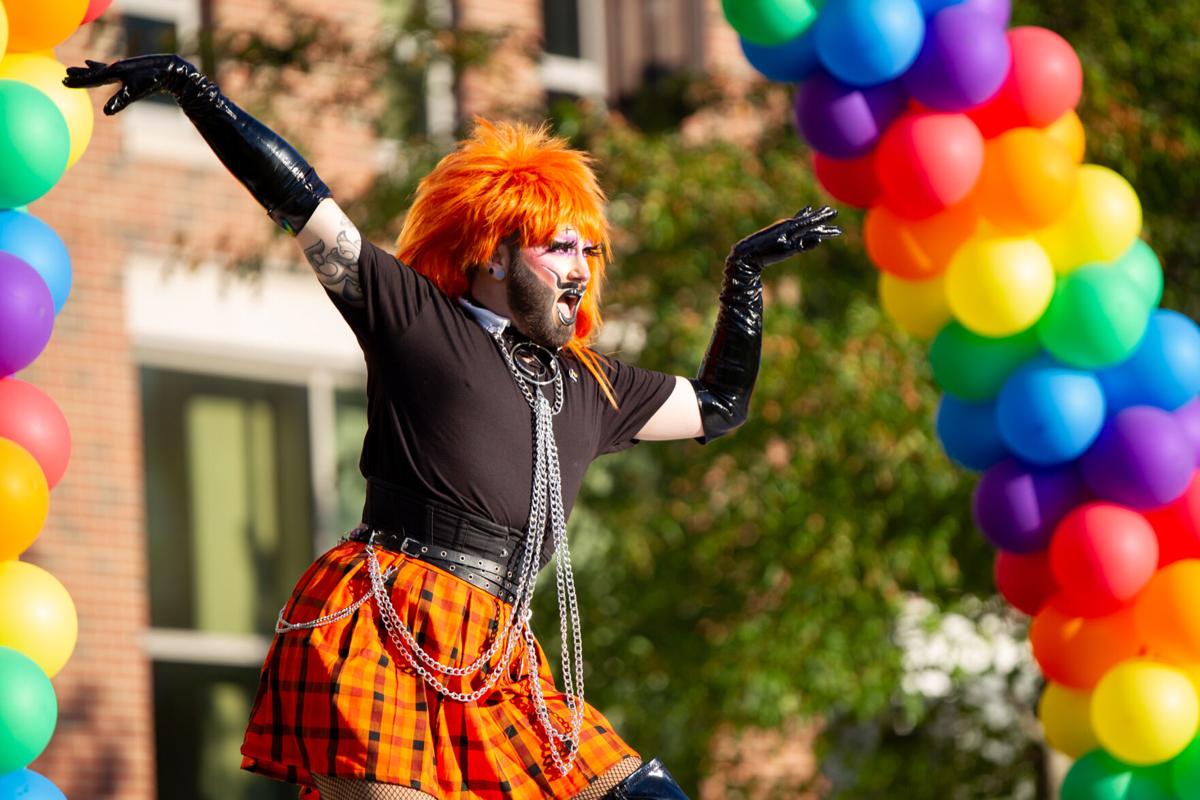 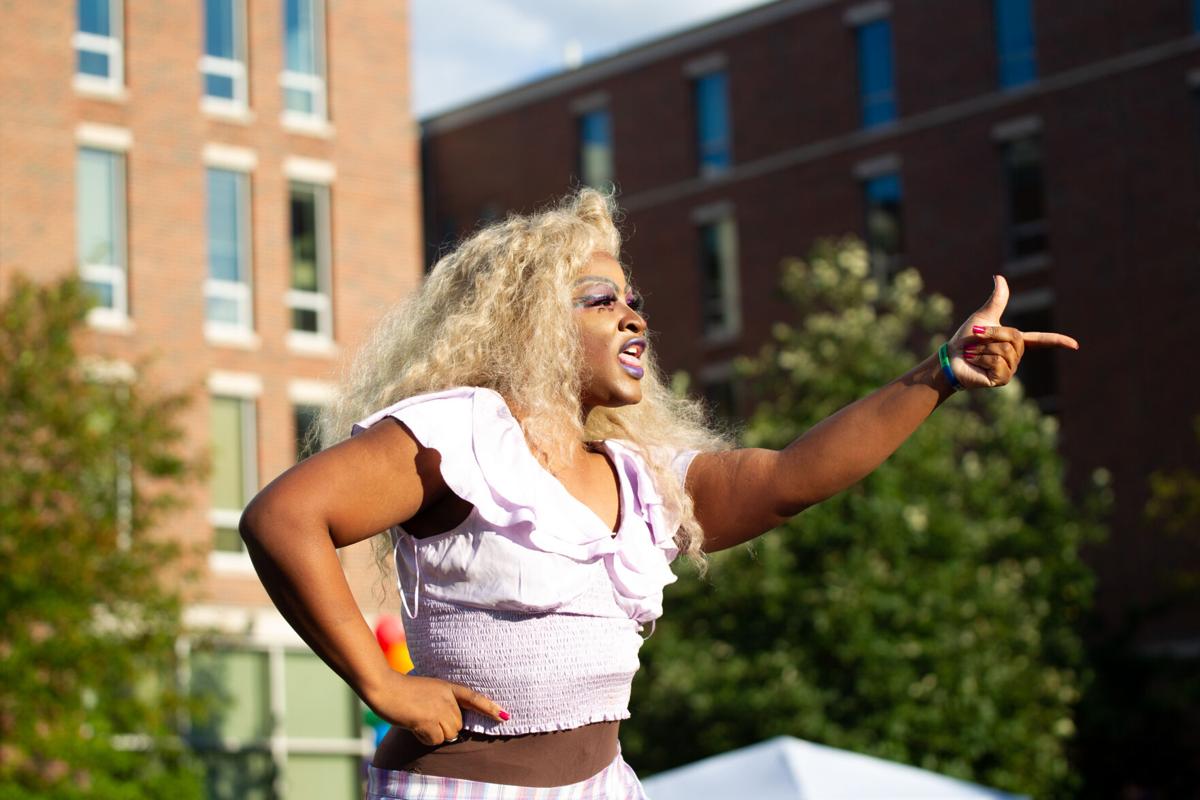 Drag queen Angela Shade struts into the crowd during a performance Thursday afternoon. 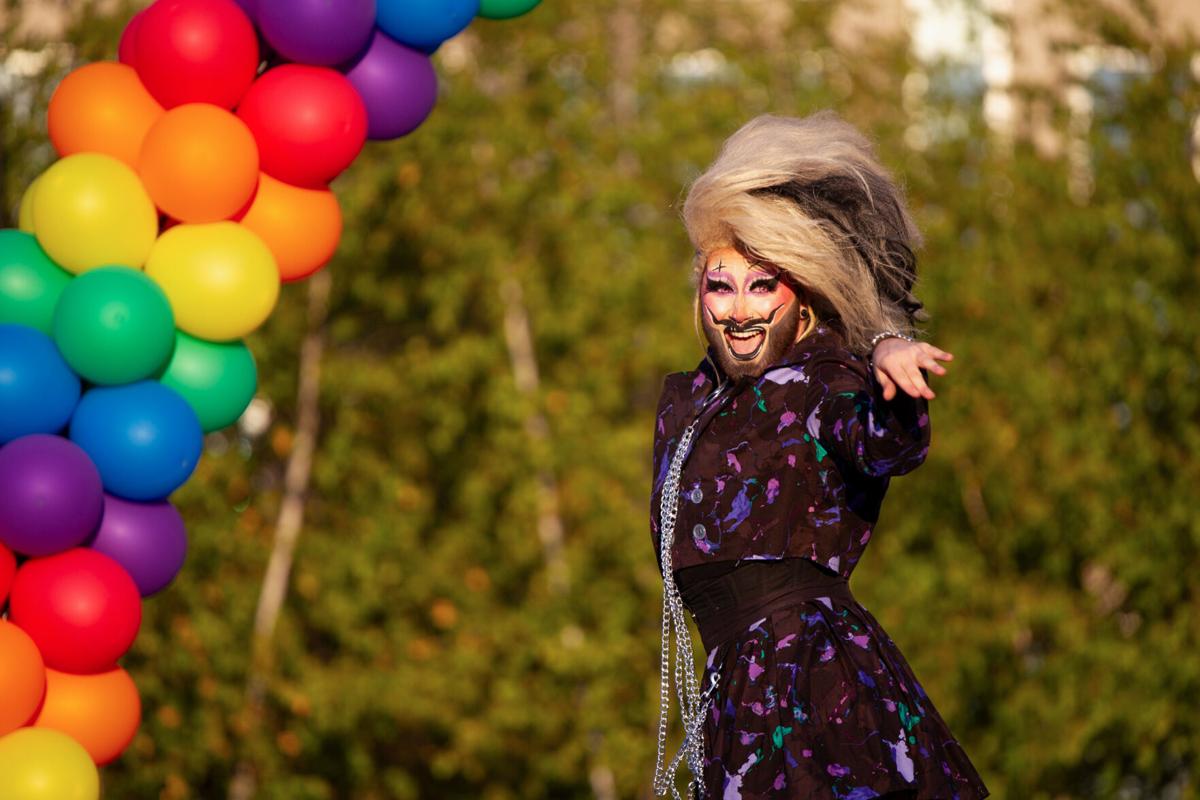 Drag queen Andromeda points into the crowd during the Thursday performance. 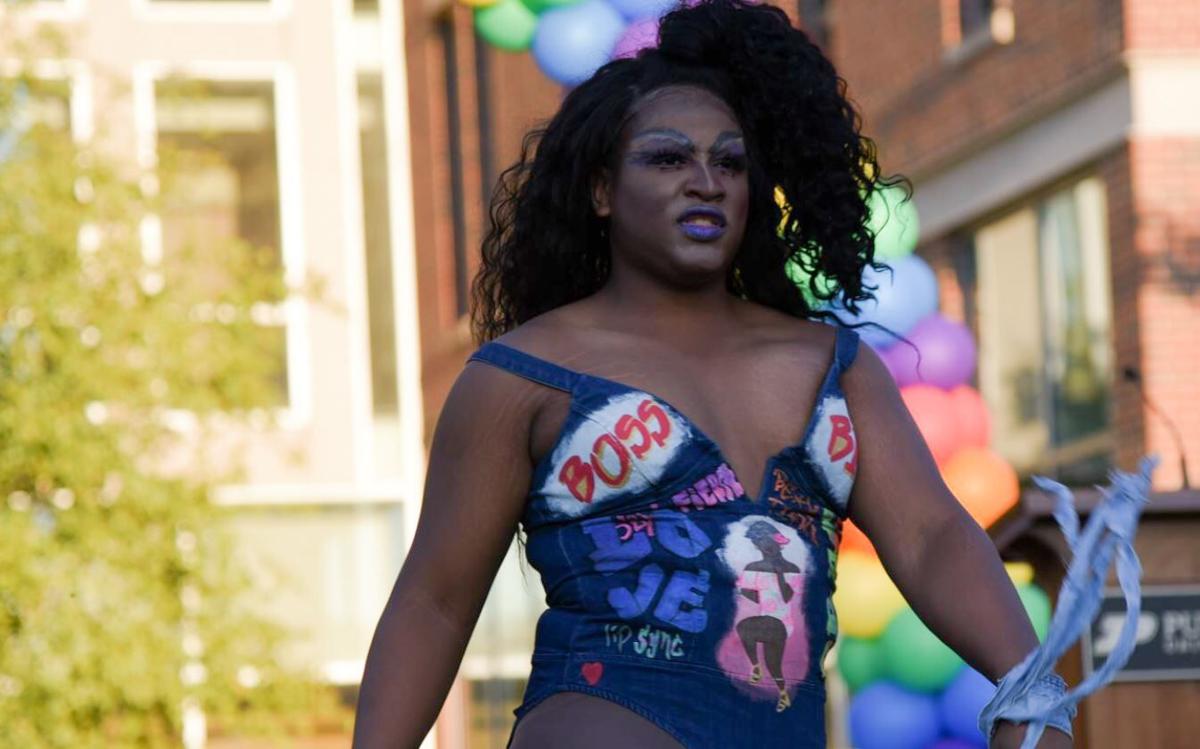 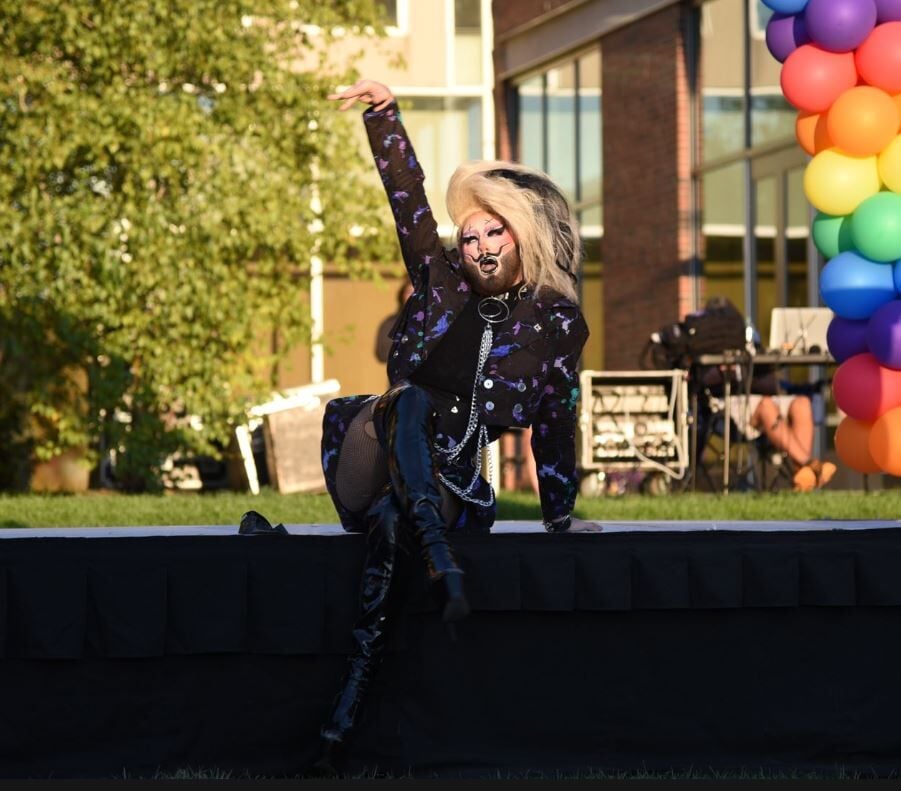 Drag queen Angela Shade struts into the crowd during a performance Thursday afternoon.

Drag queen Andromeda points into the crowd during the Thursday performance.

Angela Shadé, a drag queen, strutted across the stage, igniting the crowd by swinging her legs in the air.

Her message to the audience? Embrace your true self.

The lawn outside of Krach Leadership Center brimmed with cheers, joy and rainbow flags for two hours on Thursday afternoon. The LGBTQ Center returned to hosting the rainbow callout in-person, in line with its 10-year anniversary and the Purdue LGBTQ+ Student Alliance’s 50th year anniversary.

The event saw a huge turnout and featured over a hundred student and professional organizations, distinguished local guest speakers and a drag show entertaining guest throughout.

“No matter where you come from or what you've been through, how you identify, you're beautiful,” Shadé, a fifth-year senior in the College of Engineering said. “We're all beautiful, we're all different, and we need to embrace that.”

She danced her way into the crowd amidst raucous applause.

“In spite of people saying or doing things that would suggest the contrary, we're all beautiful, and we all have so much to give to this.”

Director of the Purdue LGBTQ Center Lowell Kane said was happy with the turnout.

“This is more exciting than we could have ever imagined,” Kane said.

Kane said the center wanted to make this callout “the biggest, best possible.”

“When we first started 10 years ago (the crowd) could fit into one room in Stewart center,” he said. “Today we’re close to 150 resource tables, and it pulls in well over 2000 people.

“It is one of the largest welcome-back events at Purdue University. ”

Andromeda, a Purdue alumnus with a Master of Health and a Master of Science in Applied Anthropology, was one of the four queens to perform.

“I love having a space to create affirming art for myself, and hopefully for those around me,” they said. “It's been a really beautiful way to understand myself and explore my own gender, as well as having a space to continue performing.”

Andromeda said seeing how much the community has grown makes them proud of their alumni.

“Even if it doesn't always feel like it, you always have a space on this campus,” Andromeda said. “You might have to fight for it sometimes but there are people here who will fight for you.

“Don't be afraid to lean on the people here who want to love you and help you, because this is a place for everyone.”

The crowd poured into the venue at around 6 p.m., filing through lines of tables for various student and professional organizations.

Elliot Bissman, sophomore in the College of Engineering and president of LGBTQ+ Student Alliance, was among the organizers setting up a table.

“It's really cool to see how many people are here, and I'm excited for the drag show portion of it,” Bissman said.

Elizabeth Nelson, a senior in the College of Science  was tabling for the God is Queer organization, said it’s important for Christian LGBTQ members to have a safe space to support each other.

“Part of God is Queer is that God made each and every one of us, including our queer selves,” Nelson said. “So, being queer also means that God is queer."

State Sen. J.D. Ford, the first and only openly gay person elected to Indiana state legislature and a Purdue alunmus, was invited to speak at the event. The Democratic senator represents the 29th District of Indiana that includes parts of Boone, Hamilton and Marion counties.

“Being the first out serving member of the LGBTQ+ community for our entire state (legislature), and then (the LGBTQ Center) celebrating their 10th anniversary, I feel that we're trailblazing in our own independent ways,” Ford said. “I'm so excited to be here to see the crowd, to see the enthusiasm, and there's just the love that we have. It's really inspiring.”

Bissman said the Alliance does a mix of social, educational and activism events for LGBTQ community, such as hosting queer professionals speakers and representatives from grassroot campaign against anti-transgender bills.

“The LGBTQ center, of course, is amazing, and there's a real sense of community there, especially because of them,” Bissman said. “We're hoping to add to that.”

Ford envisioned a future where being a gay legislator is no longer a novelty, and coming out no longer a struggle.