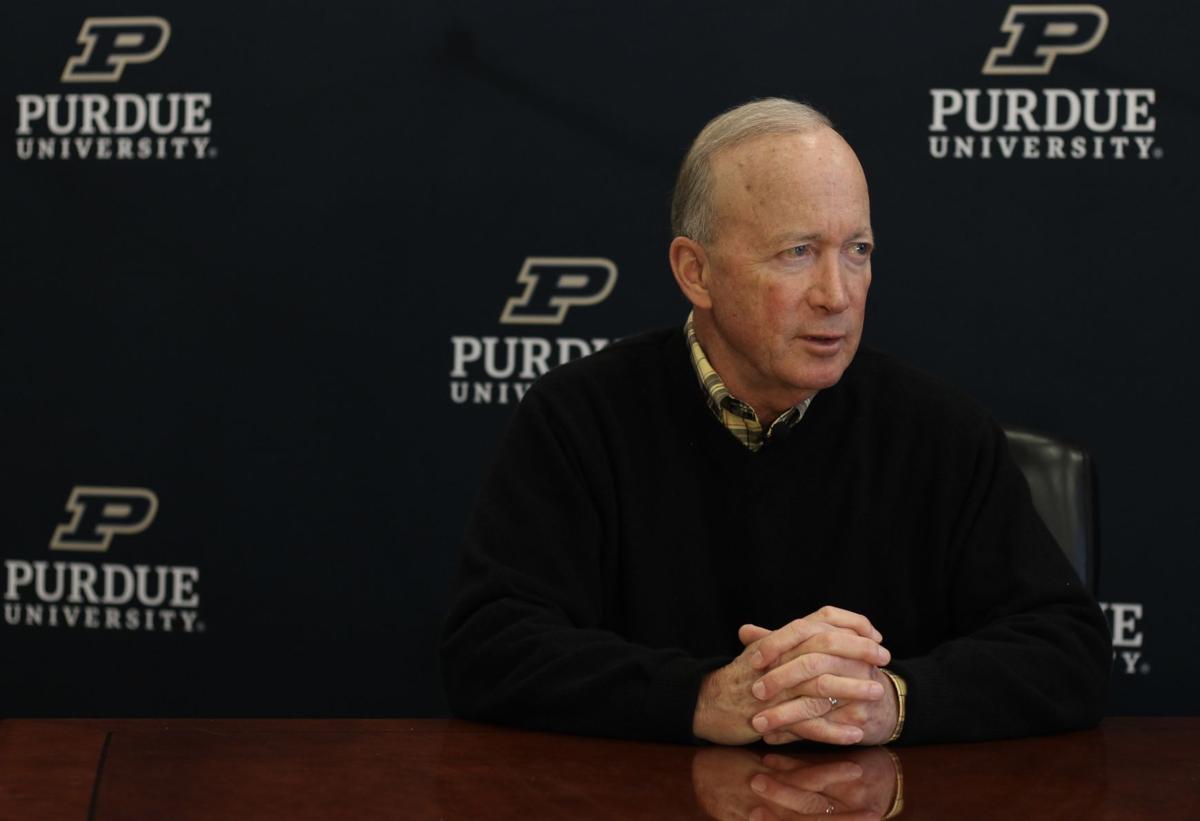 Purdue President Mitch Daniels answers questions regarding future campus events after the decision to change all classes to an online format.

Alice Pawley is a professor in the School of Engineering Education who teaches ENGR 132 to first-year engineering students.

Purdue President Mitch Daniels answers questions regarding future campus events after the decision to change all classes to an online format.

Alice Pawley is a professor in the School of Engineering Education who teaches ENGR 132 to first-year engineering students.

Purdue President Mitch Daniels said a professor’s concern about teaching students on campus in the fall without a vaccine represented a “very tiny minority view” on a CNN interview Tuesday night.

“And, frankly, not from the most scientifically credible corner of our very STEM-based campus,” Daniels said on the segment OutFront, when asked about the professor's comment. “No one is compelled to work or teach at Purdue, but let’s give that person the benefit of the doubt.”

"We changed our calendar ... not so much because of what we expect the flu season to look like, but because we want to minimize coming and going." - Purdue Pres. Mitch Daniels on a plan to end in-person class time after Thanksgiving to help combat Covid-19 https://t.co/VHOJPxKNOl pic.twitter.com/tXENzRvfnW

The professor in question, engineering education professor Alice Pawley, was quoted by CNN journalist Erin Burnett from an earlier news report as saying, “I don’t want to think about face-to-face teaching the hordes of students I usually teach until there is a vaccine.”

Daniels noted that campus celebrates a diversity of opinions, though he said thoughts like Pawley’s are in the “very tiny minority.”

“On the day that statement was made, it may not have been that plain to her that everything we’re about to do, changes in physical facilities, de-densifying of campus, a third of our staff will now work permanently off-site,” he said in the interview. “Absolutely stipulating minimal distance between her and her classroom, and the nearest student. Much more teaching online, and many other changes. She’ll probably be teaching from behind a Plexiglas screen to a room full of students who are wearing masks mandatorily.”

“I think it’s a mistake to discount or diminish faculty concerns,” she said, clarifying that she isn't looking for a fight with Daniels.

The professor, who teaches sections of first-year engineering course ENGR 132, said she thinks it is problematic that Daniels continues to say the coronavirus poses “almost zero lethal threat” to students, as he said again in the CNN segment.

Daniels did not respond Wednesday afternoon to a request for comment through a Purdue spokesperson.

Pawley said it is interesting that the president didn’t answer her question about dealing with the added stress of in-person learning and the logistics of having kids at home and was instead more interested in attacking her credibility.

“It just seems so unnecessary, he could have just answered the question,” she said. “It’s just a pattern.”

She expressed further concern that the Safe Campus Task Force doesn’t include many faculty members; it’s composed mainly of administrative employees, including a professor of food science. Three scientific advisers, who are professors, also work with the task force.

Pawley pointed out it would be impossible to do certain things in-person while social distancing in the undergraduate course she teaches. Helping a student debug code on a laptop is hard to do behind Plexiglas 6 feet away, she said.

That’s why faculty and the University should work to make online classes as helpful as possible, she says.

“I think we should think of opportunities to have connections however we can do that, but some of those ways will be online,” Pawley said. “So let’s do a really good job of that.”

Pawley described her academic background further in an email Wednesday afternoon, which includes achievements such as winning best paper awards in national conferences.

She has a bachelor’s degree in chemical engineering with distinction from McGill University in Montreal and master's and doctoral degrees in industrial engineering from UW-Madison, Pawley wrote. “I have had over $5 million of external funding from the National Science Foundation, won a PECASE award in 2011 for my engineering education research, which is granted to about 20 people nationwide who won for NSF CAREER grants, which themselves are considered prestigious.

“I teach engineering students coding, and we just finished teaching a data analysis project this last spring. I got tenure in the College of Engineering in 2013.”

Pawley said even if she was a faculty member in a non-scientific field, it wouldn’t be OK for her worries to be discounted. That’s the point of academic freedom, she said.

“Purdue University is one of the top research institutions in the world because of our world-renown faculty who are dedicated teachers and innovative researchers,” wrote senate chair Cheryl Cooky. “I am certain that the intention was not to suggest there are less scientifically credible corners of Purdue, although this was disappointing for many to hear. The University Senate has been active in providing input on how we can re-open campus while maintaining the health and safety of faculty, staff and students.

“I imagine we will know even more as the weeks go on regarding the recommendations from the Safe Campus Task Force and how those will be put into place for the fall semester.”