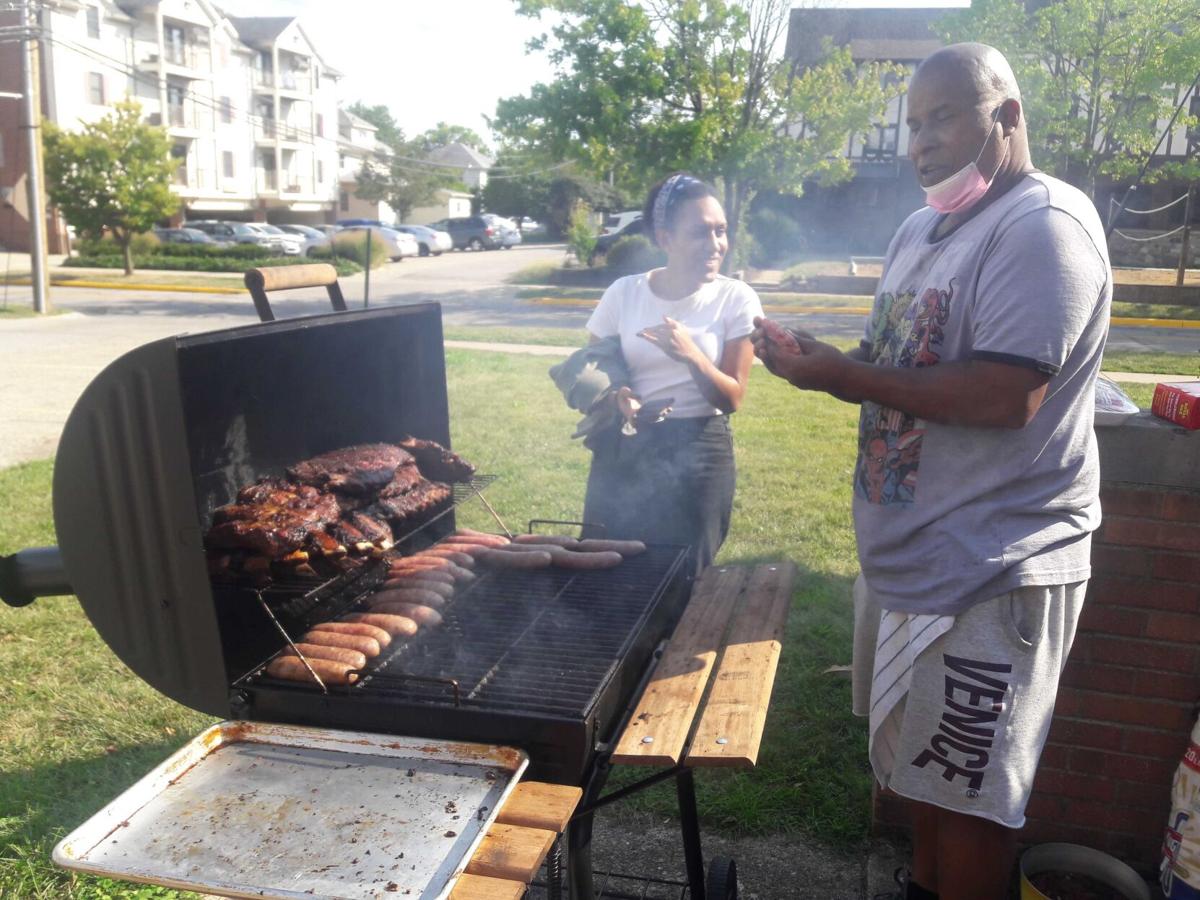 Dave Berryhill talks to a student while preparing the food for one of his weekly cookouts. 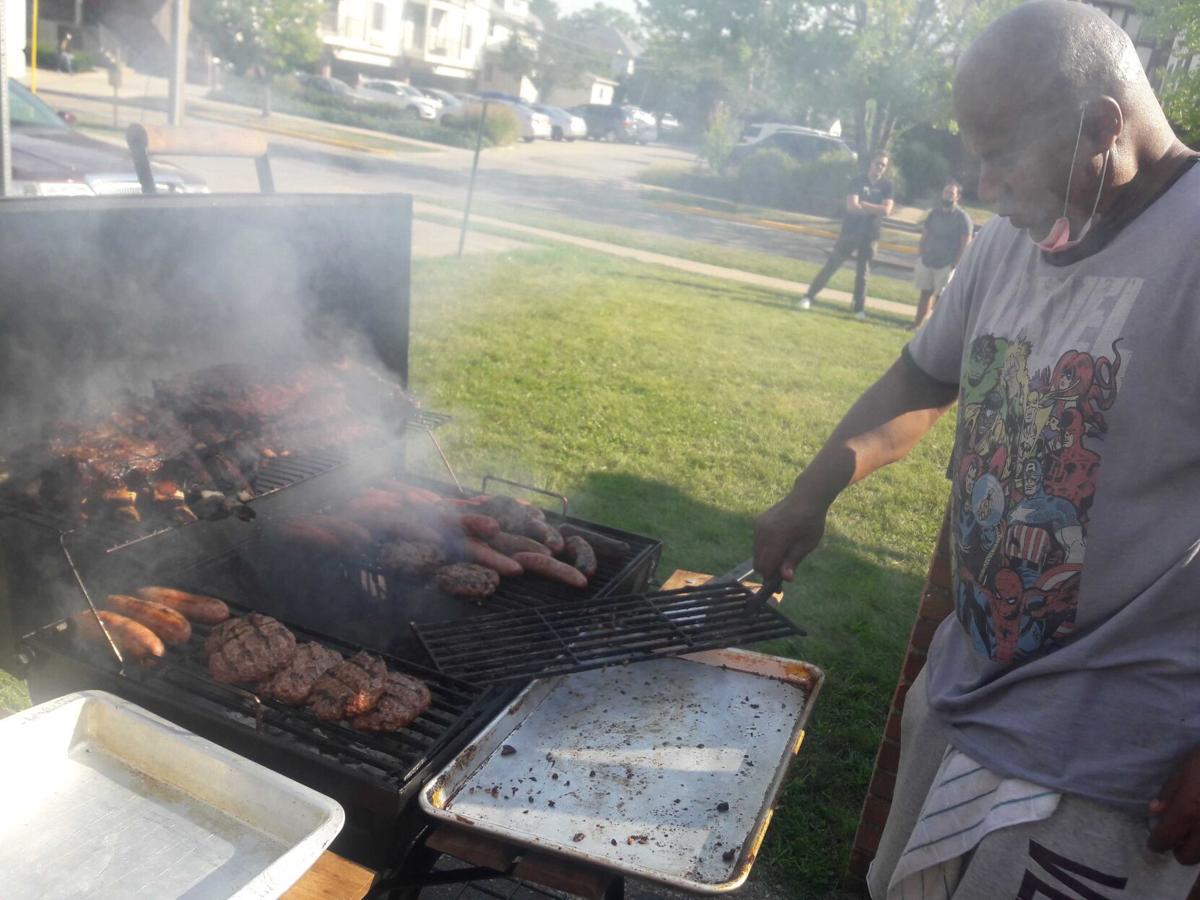 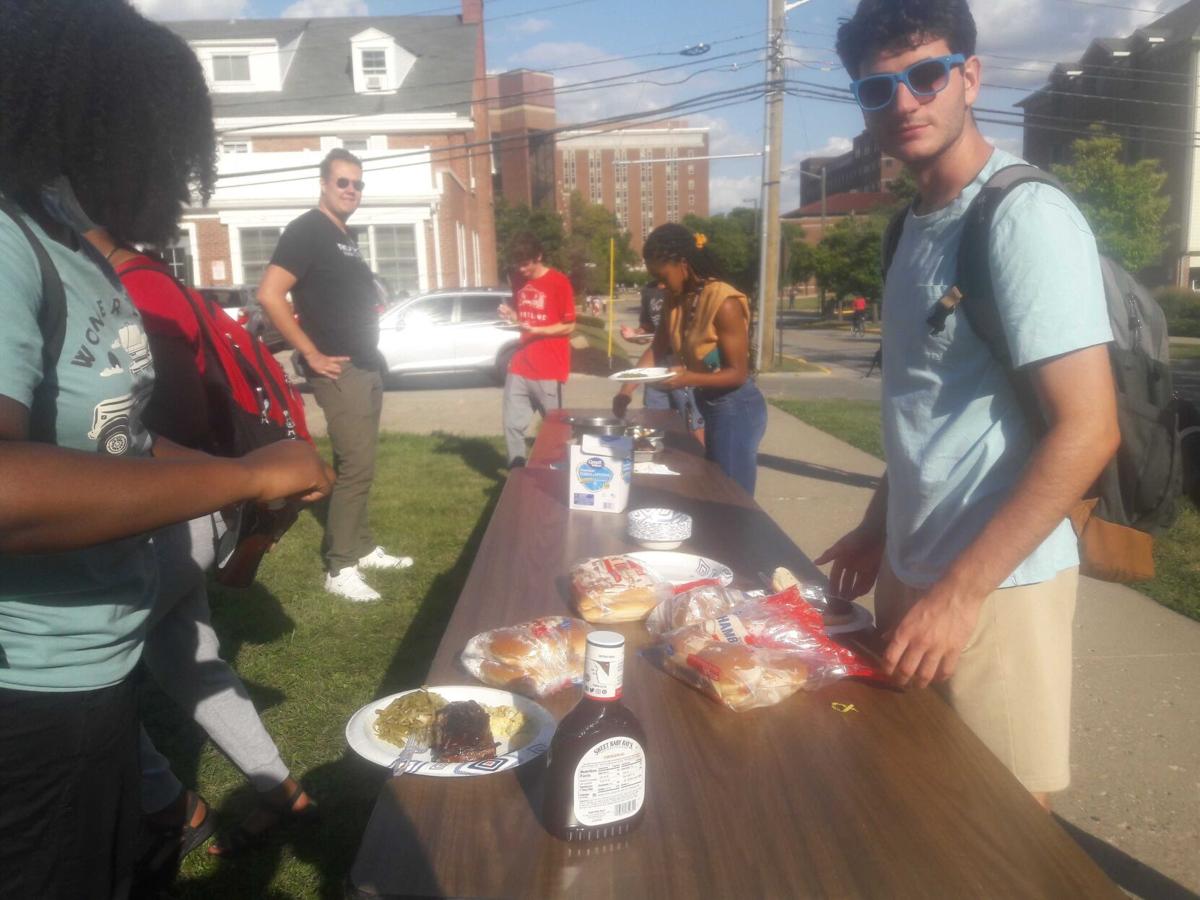 Students eat some of "OG Dave's" food on the sidewalk near the Baptist Student Foundation.

Dave Berryhill talks to a student while preparing the food for one of his weekly cookouts.

Students eat some of "OG Dave's" food on the sidewalk near the Baptist Student Foundation.

David Berryhill, an ex-Windsor Dining Court employee now at Wolfies Bar and Grill, rushed around a smoky kitchen in the basement of the Baptist Student Foundation Thursday, tossing onions and other ingredients in a pot and cutting cheese for his homemade mac and cheese.

The smell of barbecue wafted up the street, and upbeat music played from a speaker as students walked by. Berryhill let some students know they’re welcome to enjoy the food, with a few stopping to eat near the sidewalk where a table was set up.

Berryhill, who goes by OG Dave, has hosted cookouts and barbecues at his house for students since 2019, all for free.

This semester, Rodney Lynch, the director of the Baptist Student Foundation at Purdue, gave Berryhill permission to host them at the center, which Berryhill hopes to host weekly.

Berryhill said he pays for all the food himself, the only “profit” being the students who come and visit. Though it’s all free, Berryhill left a paper with his Venmo and a jar for donations.

To one student who walked up, Berryhill that joked that food was “$80 a plate.”

The first time, he hosted only one student in 2019, the student later brought some of his friends the next time, and since then, Berryhill’s gatherings have cascaded even further, spreading primarily by word of mouth.

Most at the Thursday barbecue seemed to know Berryhill from a friend, a friend of a friend or some chance interaction with him, while others with a plate full of food had only just met him.

Though near strangers, students chatted over burgers, bratwurst and mac and cheese. “He really just gets a group of everyone from everywhere,” said Ellie Grostefon, a sophomore in the College of Education.

Grostefon said she’s been to three other cookouts at his house. “I didn’t used to eat ribs or fried chicken,” she said. “Then I went to OG Dave’s.”

Though he doesn’t work for Purdue anymore, Berryhill has built quite a network within the community, not just with students. He has also connected with people like Jeff Brohm, who he serves regularly at Wolfies for Brohm’s radio show.

As for why Berryhill no longer works at Windsor: “Ah man, it doesn’t matter,” he said.

Berryhill grew up in Indianapolis with five sisters and one brother, and moved to Lafayette in 2012. His interest in cooking began early: “I was peeling potatoes in third grade,” he said.

Abe Barnes, a freshman in the College of Engineering, met Berryhill at Wolfies over the summer while visiting again with his parents.

He went to Berryhill’s cookout last Saturday, despite the weather.

“I’m the first person from my high school to ever come to Purdue, so I didn’t know anyone here,” Barnes said. “I met some people at the cookout. It was really nice.”

Zach McClary, a senior in the College of Engineering, first went to one of Berryhill’s cookouts back in May and has been trying to help Berryhill out ever since.

Last October, some students started a GoFundMe to help Berryhill with various expenses. The GoFundMe raised at least $1,000, according to previous Exponent reporting.

Though Berryhill is in a better financial situation now, McClary said Berryhill was out of work for a while and had been trying to get him connected with organizations and people on campus.

“He’s got a big heart for people,” McClary said, “and I just wanna see him live that out.”

As for the food, the reviews were unanimous: “Delicious,” Grostefon said. “Groundbreaking.”