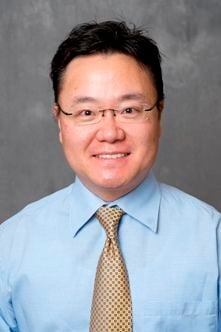 Kee-Hong Kim, is a researcher that made the diet pill. 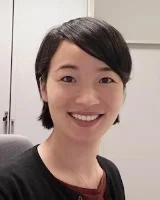 Yuyan Zhu, is a researcher that made the diet pill.

Kee-Hong Kim, is a researcher that made the diet pill.

Yuyan Zhu, is a researcher that made the diet pill.

A Purdue research study was published Aug. 8 showing that a substance previously used for Alzheimer's disease and atherosclerosis could be used for weight loss.

The study found that when ACAT, an enzyme, was used on mice, they lost weight over time.

“This study began with our simple question: ‘What is the role of cholesterol in adipose biology in terms of obesity?’” asked Kee-Hong Kim, associate professor in Food Science at Purdue University.

Kim and Yuyan Zhu, a 2016 Purdue alumna, are corresponding authors for the study. They are also inventors for a patent filed in 2017 by Purdue University that focuses on a drug which induces food supression and ultimately leads to weight loss for obese individuals.

They have filed two more patents this year, both revolving around the use of the enzyme ACAT. One uses this drug as a method for using an injection to treat hyperphagia, a disorder which causes individuals to never feel full, according to Mayo Clinic.

“When we move onto the clinical trials we do want to determine what type of obese patients we want to target to first,” Zhu said. “We would like to target patients with hyperphagia symptoms first. If it is effective, we can move on or expand it to a bigger population.”

ACAT has been used on humans before for treating Alzheimers, according to the U.S. National Library of Medicine Institutes of Health.

The Purdue Research Foundation funded the study, and the project also received funding from multiple other parties. The Purdue patent office has not responded to multiple calls for comment.

Zhu and Kim were both listed as having a conflict of interest during the study, due to Kim’s role as a founder and shareholder at EFIL Bioscience Incorporation, and both their roles as inventors for the aforementioned patent.

“(EFIL Bioscience Incorporation) is actually exploring transferring this finding from animal to human for treatment of obesity, as well as obesity-related diseases,” Kim said. “We are trying to develop a new drug formulation that is suitable for oral administration or an injection under the skin. Our goal is to move towards the licensing of our findings to currently existing pharmaceutical companies.”

As of the time of publication, no meeting or collaboration between EFIL Bioscience and other companies has occurred.