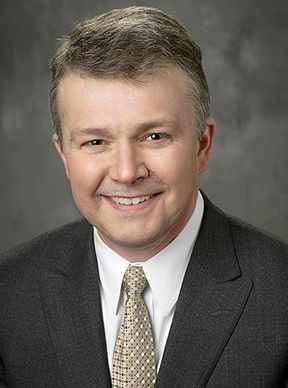 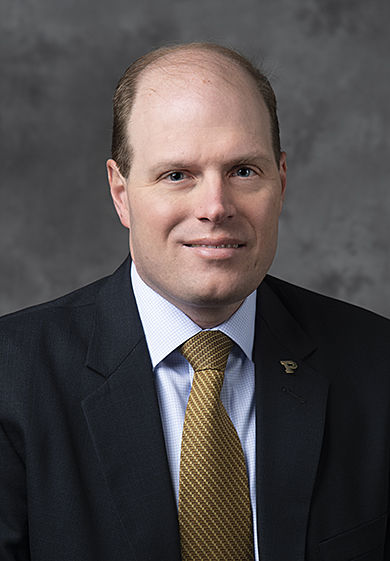 Though fall enrollment has been reported to be strong, the University still faces a host of financial difficulties as a result of the pandemic, Purdue administrators say.

Plans for the 2020-21 fiscal year made just three months ago had to be entirely redone, Provost Jay Akridge and Treasurer Chris Ruhl wrote in a letter to Purdue colleagues Friday morning. They explained why Purdue is planning so many budget cuts, despite the expected high enrollment.

"Given how quickly circumstances are changing," the letter reads, "even those plans may be entirely outdated in the next 90 days. We are preparing our financial plan using the best information and data available with a bias toward proactively managing the highly uncertain fiscal landscape ahead."

The note says the University plans major investments in keeping students, faculty and staff healthy and safe. Some of those investments include the funding of virus testing, contact tracing, "significant" amounts of PPE, enhanced online class offerings, cleaning and disinfecting of campus spaces and other safety equipment.

"At present, we are forecasting the need to be near $50 million – though it could be more as we will invest what is necessary to protect the health and safety of the Purdue community," it says, "including the funds required to meet the instructional needs of our students both on and off campus under the guidance of the Protect Purdue Implementation Team."

Ruhl and Akridge's letter details where some of Purdue's revenue and funding are expected to fall short in the upcoming term.

Tuition and fees account for the largest single source of income for the University, according to the letter, and travel restrictions could mean many international students won't return to campus. Further, COVID-19 has challenged many families' finances, meaning some students may no longer be able to afford college, or and some might not feel safe returning to campus.

The statement says that as many of the students who choose to take online classes this fall "are expected to take fewer credits," they will provide smaller tuition revenue than those students who return to West Lafayette.

University revenue will also be affected by a decrease in state funding, according to the letter. Indiana Gov. Eric Holcomb has indicated that state agencies should expect a 15% reduction in the budget beginning July 1. Purdue is expecting a $35 million reduction in support from the state in the next fiscal year.

Annual donations and endowment distributions account for more than $100 million in funding University operations as well. As business owners and donors face their own economic hardships, however, it's expected that support from donors will decline, the letter states. Likewise, Purdue's investments will most likely see a decline in value and investment income.

As the private sector works to conserve its own resources, industrial partners may need to cut back their funding of critical research. Cost recovery on grants and other research funding will be reduced then, according to the statement.

"Many individual colleges rely on specific sources of revenue to fund operations – for example, state and local government tax revenues support Purdue Extension and patient charges from clinical operations partially underwrite the College of Veterinary Medicine’s teaching activities," the letter reads. "While the impact varies by unit, collectively, millions of dollars of reductions are anticipated.

"Moreover, as the University hosts fewer events and visitors, many sources of auxiliary revenue will slow or dry up entirely – e.g. fewer conferences, events, and Convocations; and reduced number of visitors lodging and dining on campus."

So the University expects a drop in operating revenues in the tens and hundreds of millions of dollars in the next year and a half, according to the letter.

Steps taken to reduce such a loss in revenue started with the "sacrifice" of Purdue's planned operating surplus, Ruhl and Akridge said. The University deferred planned new spending and paused salary increases instead of reducing existing pay. Purdue also froze hiring in favor of not furloughing or terminating staff or faculty, the letter reads.

The University made a "job bank" of positions to "repurpose employees to areas of need," the letter states. Discretionary, non-essential repair, rehabilitation and major capital projects have also been put on hold.

Spending on University activities has also been reduced as travel restrictions are introduced and restrictions are put on campus purchasing on outside consultants and non-critical supplies.

The actions Ruhl and Akridge outlined are set to be approved by the Board of Trustees during its Thursday meeting.