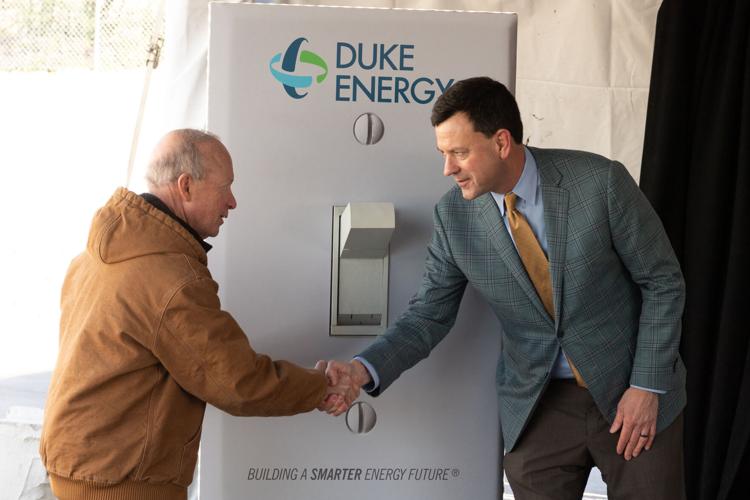 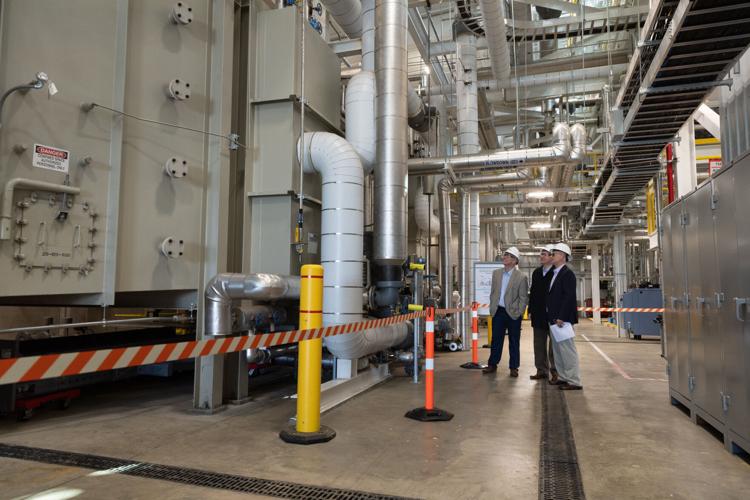 The 16-megawatt natural gas power plant is owned and operated by Duke Energy and will sell steam to Purdue for campus heating, Duke announced in a Thursday press release. Duke Energy will sell the electricity to its clients in Indiana.

The plant was built by Duke Energy on leased university property next to Wade Utility Plant. The land lease was approved by the Purdue board of trustees in 2019 and construction began in 2020, said Michael Gulich, university architect and senior director of campus planning, architecture and sustainability.

The new power plant is a combined heat and power plant, meaning it generates electricity while using the leftover steam the heat buildings. Since CHP plants utilize waste heat, they are significantly more efficient than standalone natural gas power plants, according to the press release.

“Duke Energy continues to be a dependable partner, open to innovative ideas and process improvements,” Purdue President Mitch Daniels said in the release.

“This collaborative relationship has yielded a new plant that moves us further down the path of carbon reduction and meets the needs of both partners more efficiently than either of us could have achieved alone.”

The Duke Energy press release said environmental benefits from CHP plants can be significant, but some professors believe it might not go far enough to address climate change.

“It is great to be using both the heat and the electricity being generated,” said Jeffrey Dukes, a professor of Forestry and Natural Resources and former director of the Purdue climate change research center. “It is a highly efficient plant, but it’s still a natural gas-fueled power plant. We need to be thinking about ways where we can turn this campus to other sources of energy.”

Purdue has a contract for steam from the plant for 35 years, said Angeline Protogere, a spokesperson for Duke Energy.

Under this contract, the plant may continue to burn natural gas until at least 2057, several years after the Intergovernmental Panel on Climate Change says the world must reach net-zero CO2 emissions to stop average global temperatures from exceeding 1.5 degrees Celsius (2.7 Fahrenheit) over pre-industrial levels.

“Power companies need those plants to exist for a long period of time if they’re going to recoup their investment,” Dukes said. “At the same time we need to be moving away from fossil fuels in a much shorter (time period).”

If plants are forced to close early, Dukes said the cost is often passed on to the consumer.

Mark Tilton, a retired professor of political science, said if energy providers continue to invest in fossil fuels, they will have a vested interest in resisting climate policies.

“If, at some point, there are regulators taking climate change seriously, and they want to shut it down,” Tilton said, “this is a huge corporation with a lot of money, and they’re gonna throw a lot of money into pushing back.”

Dukes also said continuing to rely on steam for campus heating and cooling needs could make it more difficult for Purdue to transition away from fossil fuels in the future.

The press release lacked the necessary context to understand the claims, professors said.

“There are many vague relativistic statements made without providing any of the context needed for real understanding,” Larry Nies, a professor in the College of Engineering, said in an email. “This is typical of press releases.”

“That 50,000 megatons,” Tilton said, “is that compared to burning coal? What is it replacing? Is it replacing less efficient natural gas?”

To reduce emissions, the new plant has to replace an existing, less efficient one, but Nies and Tilton said it was unclear whether that is actually the case.

Since the new CHP plant replaces some steam production from the less efficient CHP system in the Wade Utility Plant, it will reduce Purdue’s annual emissions, Gulich said.

Dukes said he believed the project doesn’t represent the kind of transformational change needed for Purdue to mitigate climate change over the long term. Since the Wade Utility plant is already a combined heat and power plant, Dukes said the new plant is only a small improvement over the current system.

Dukes said his initial impression was that purchasing more steam from Duke Energy was to meet increasing energy needs, something that indicates Purdue wasn’t meeting the energy goals laid out in its Physical Facilities Sustainability Master Plan released in 2020.

Gulich said in an email that Purdue campus energy use has remained relatively flat, up by 5% in the fiscal year 2021 compared to 2011.

Dukes and Tilton both said transitioning society away from fossil fuels is incredibly difficult and will require innovation.

He said a lot of faculty at Purdue were already doing the challenging work and hoped Purdue would continue to put resources behind the transition.

For many, the announcement that the new CHP plant was operating was the first they heard of the existence of the plant.

“I’m pretty sure that the whole process unfolded in total darkness, which isn’t necessarily to say that it’s a nefarious thing, I think that some of these negotiations can be complicated,” Dukes said.

“But, you know, we are an educational institution, and to the extent that you can bring in a dialogue about these sorts of decisions moving forward. I think that that benefits everybody.”

Duke Energy has reduced its carbon emissions by 42% from 2005, according to a 2021 Duke Energy Factsheet.

“We are in the midst of probably the largest transition to cleaner energy among the utilities in the state of Indiana,” Protogere said.

The energy provider has also announced plans to reduce carbon emissions from its Indiana power plant fleet by 63% by 2030, 88% by 2040 and be at net-zero emissions by 2050.

Duke Energy is also accelerating retirement dates for some of its coal-fired power plants.

To do this, Duke Energy has committed to building 4,252 megawatts of solar and 2,800 megawatts of wind energy and includes 1,221 megawatts of new natural gas production.

“Natural gas, particularly when it’s done as efficiently as the plant at Purdue, is cleaner energy generation that provides a critical bridge between coal and our plan for net-zero carbon emissions by 2050,” Protogere said in an email.

“Our objectives are not only cleaner energy but also reliable and affordable power. Right now we need natural gas for reliability when weather-dependent resources such as solar and wind are not available.”

Protegere said that many of the new natural gas plants they are creating are designed to also be able to burn hydrogen. This allows them to switch to hydrogen fuel as technology develops.

Duke Energy is exploring a wide range of options for achieving net-zero including accelerating the development of other low carbon power options and using carbon offsets.