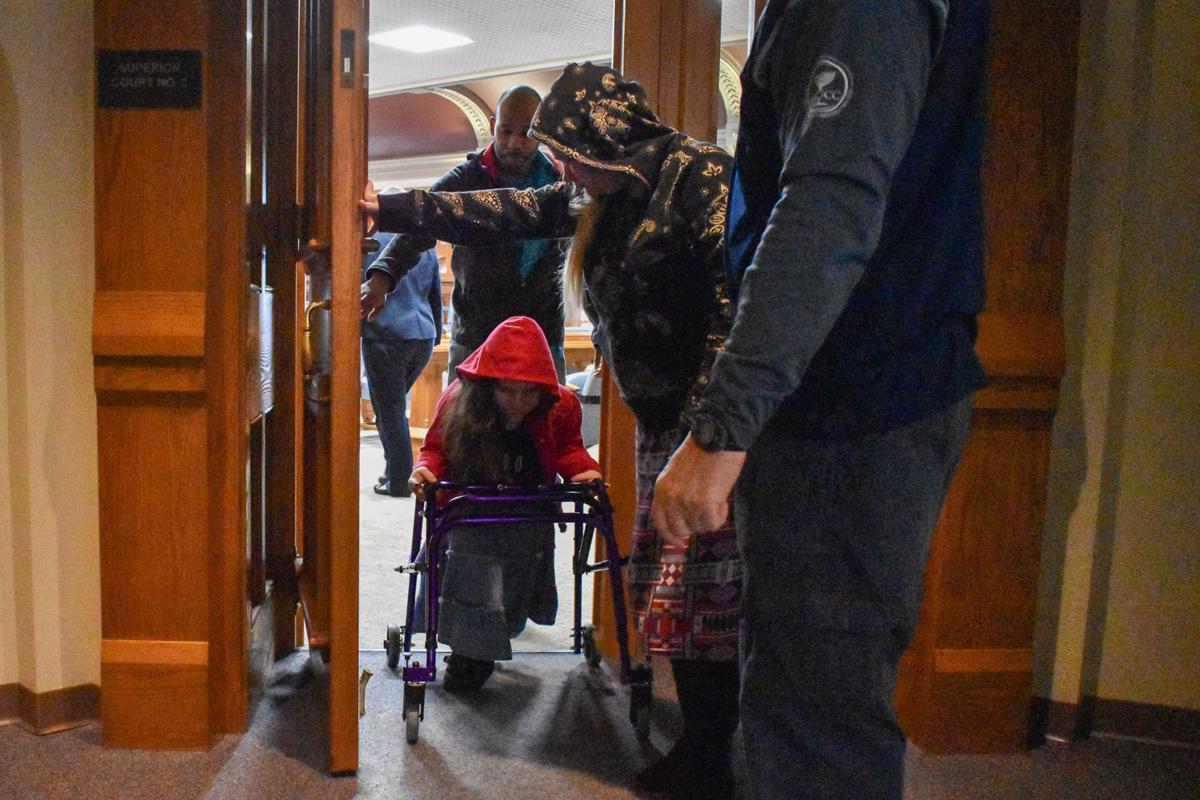 Natalia Grace Barnett exits Superior Court 2 with her guardians Antwon and Cynthia Mans after the hearing. 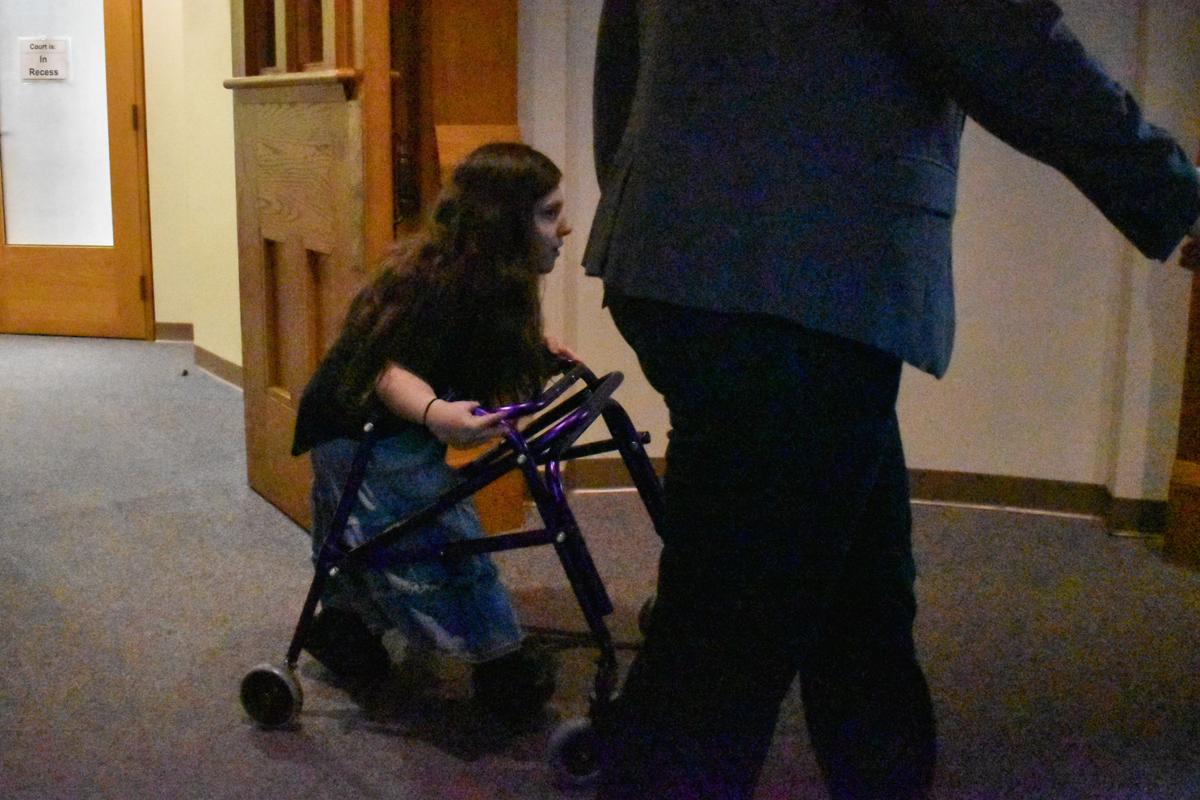 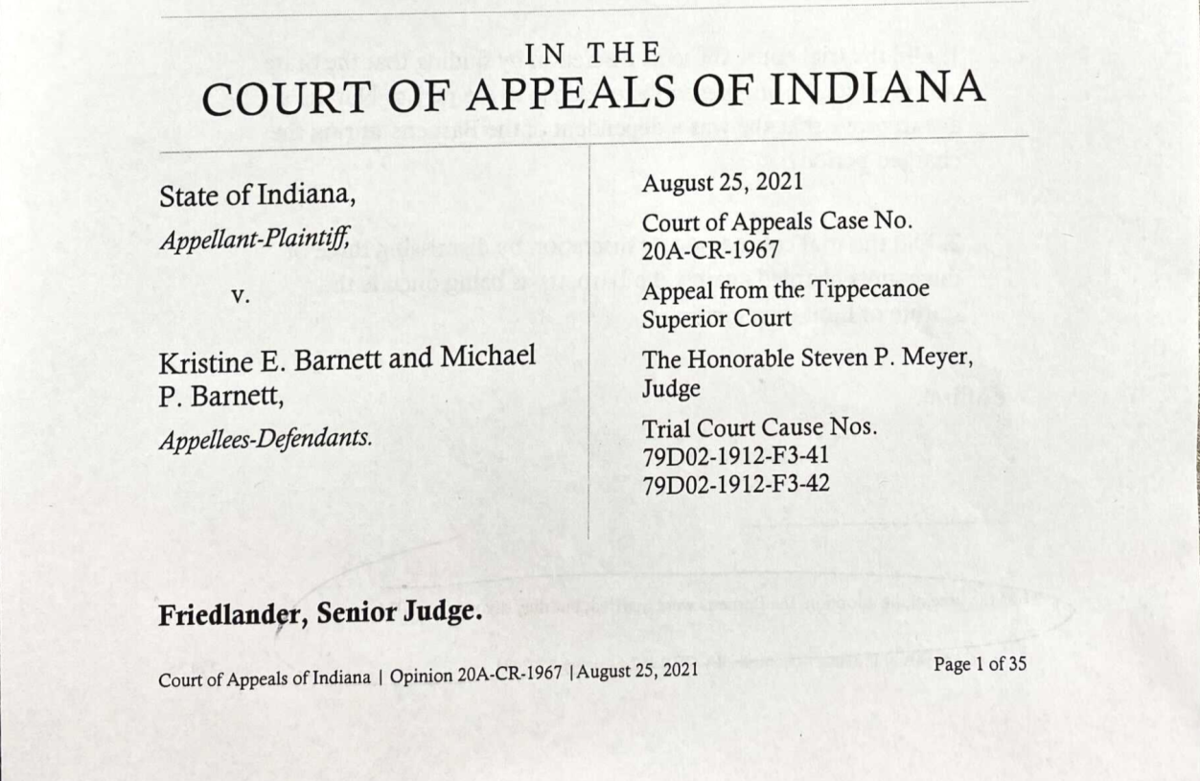 The Indiana Court of Appeals upheld the Tippecanoe Court's decision to dismiss six of the eight charges brought against Kristine and Michael Barnett. 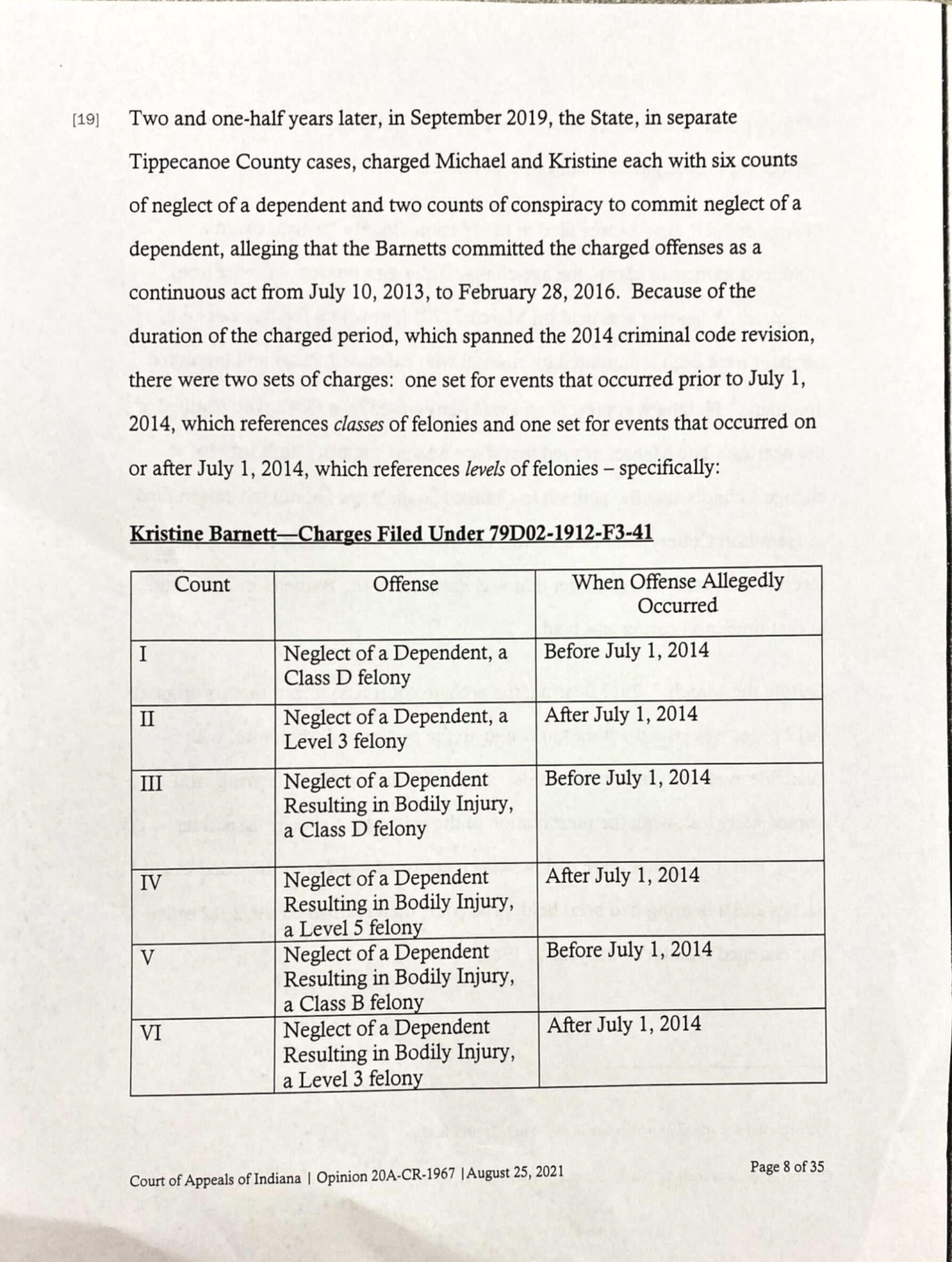 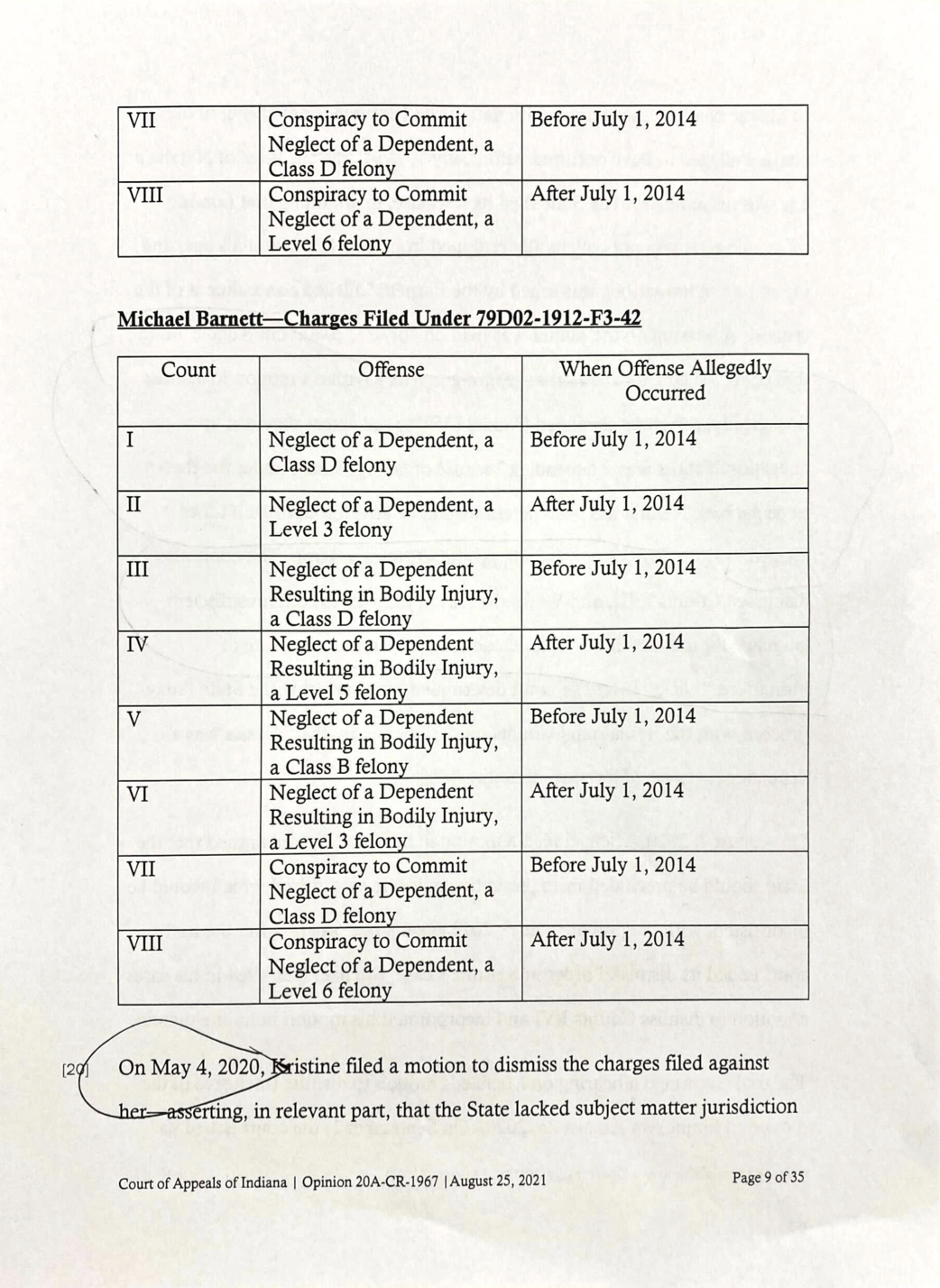 Six of the eight charges brough against the Barnetts were dismissed in 2019, and upheld Aug. 25. 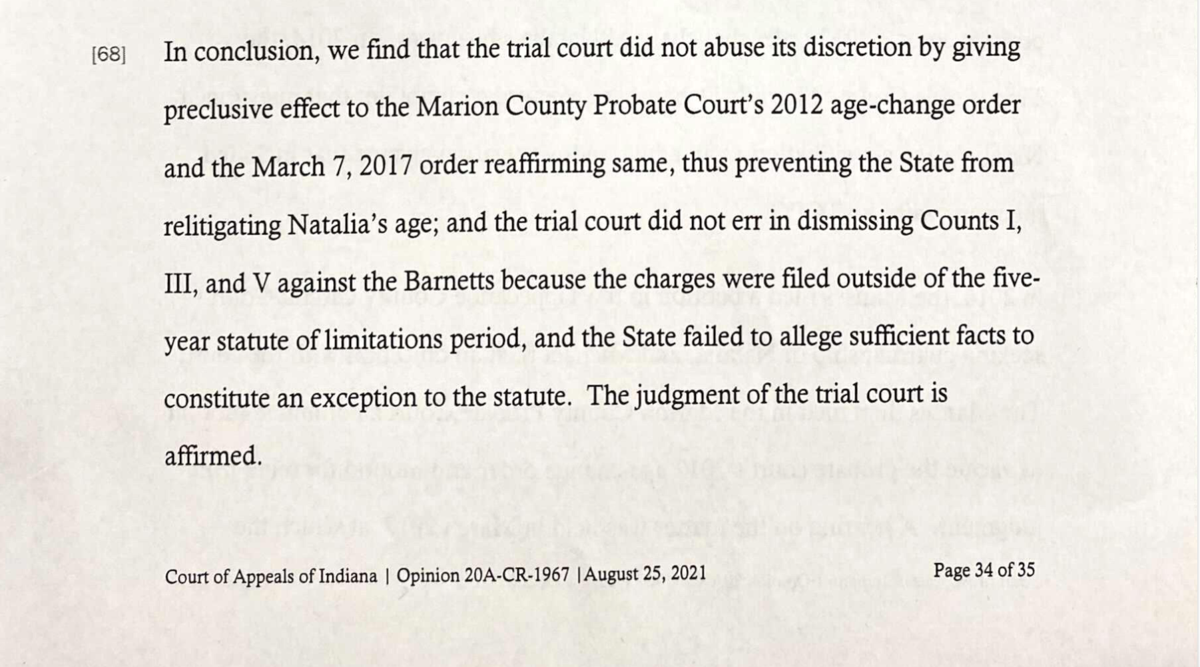 The appeals court found that the previous court did not err in its decision to drop 6 of the 8 charges against the Barnetts.

A decision regarding the neglect charges against the adoptive parents of Natalia Barnett was upheld today in The Indiana Court of Appeals.

Kristine and Michael Barnett were charged with multiple counts of neglect of a dependent in 2019 for leaving their then-adopted daughter alone in an apartment in Lafayette. A Tippecanoe judge dismissed most of the charges in August 2020, deciding that they weren't applicable due to another judge's determination of Natalia's actual age, as well as the statue of limitations being exceeded before the charges were filed.

Tippecanoe County Prosecutor Patrick Harrington took the case to the Court of Appeals, which upheld the decision Wednesday.

Kristine and Michael Barnett adopted Natalia in 2010, believing she was legally 7 years old. In 2013, the Barnetts filed for for an "age-change order" to change her birth date from 2003 to 1989 in a probate court in Marion County, effectively making Natalia legally 22 at the time, according to previous Exponent reporting. The court didn't appoint a guardian to represent Natalia in the decision, and neither her nor the Barnetts were present when the decision was made — which, the prosecutor argues, means the decision should not have been affirmed.

The age change was based on estimates from a primary care physician and a social worker, according to court documents. Natalia has a form of dwarfism called diastrophic dysplasia, which results in muscle and bone issues.

Along with lying about her age, the Barnetts claimed that Natalia attempted to poison them, stood over their bed with knives and tried to push Kristine into an electric fence — accusations Natalia denied when she went on "The Dr. Phil Show" in 2019.

Because of this, the Barnetts moved Natalia into her own apartment in Lafayette  and helped her obtain federal disability benefits to aid her transition into adult life, court documents say. The Barnetts moved to Canada soon after with their biological children, and while they paid her first year's rent, they didn't support Natalia financially in any other way.

The appeals court dismissed the prosecutor's first argument of collateral attack, which is defined in court documents as a judicial proceeding used to evade or deny the validity of a previously valid judgment. The prosecutor claimed that the age-change order should be voided since the adoption court had already confirmed Natalia's birth year as 2003. The appeals court ruled that neither the adoption court nor the probate court were acting out of their authority to make their respective rulings.

The prosecutor also argued that because the state was not present when the age-change order was decided, applying the decision in further rulings would be unfair. The appeals court cited in its documents multiple instances in which the state could have appealed the decision and failed to do so.

Finally, Harrington's office argued that the statute of limitations had not been reached, as the Barnetts concealed their wrongdoings to keep the state from prosecuting. The appeals court ruled that nothing the Barnetts did truly prevented the state from bringing charges against them at the time the offenses occurred.

The Exponent has reached out to Natalia on Facebook and hasn't received a response.