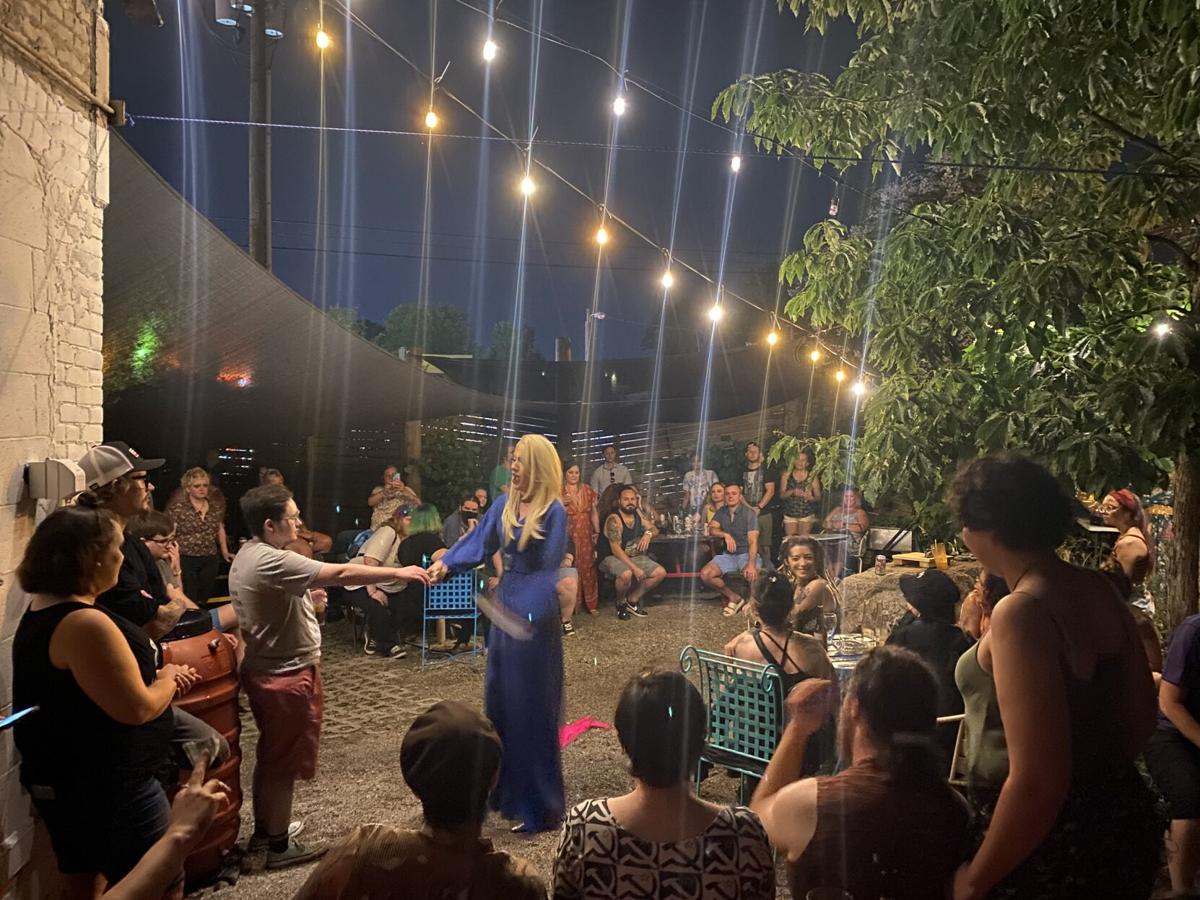 Veronica Fox greets a fan during the show. 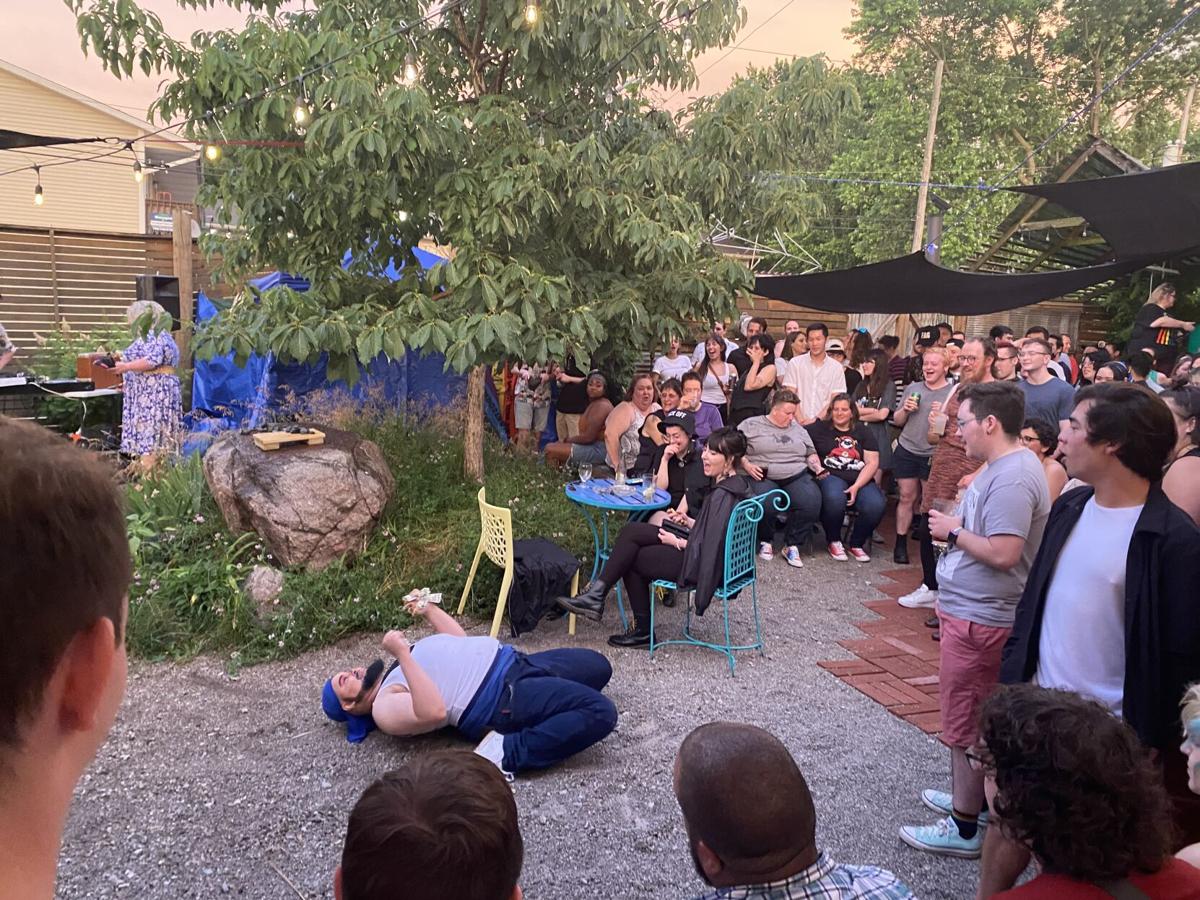 Drag queen Mozez breaking it down during the drag show at the Spot Tavern.

Veronica Fox greets a fan during the show.

Drag queen Mozez breaking it down during the drag show at the Spot Tavern.

Pride was on display in dizzying amounts Saturday night at the Spot Tavern in Lafayette.

The bar's outdoor area, illuminated by incandescent lights and cooled to a tolerable humidity by a passing thunderstorm, played host to Lafayette Pride's drag show. Emcee Anitta Schwanz, a drag queen from Crawfordsville, kept the crowd - which packed the bar to the gills - raucous and bubbling as a septet of performers sashayed across the gravel dance floor.

"Attitude check!" Schwanz would call out to the audience between performances. The crowd's Schwanz-instructed reply?

Entrance was $5 at the door. The proceeds went to benefit Lafayette Pride's community center, per the organization's Facebook page.

The crowd, a diverse mixture of college students and townsfolk - many draped in pride necklaces and attire - remained active and excited throughout the night. As the performers whirled across the floor and gyrated and danced up on people, audience members would hold out folded $1 bills for them in a gesture of appreciation and support.

One drag queen, Angela, had the crowd chanting along to Lil Nas X's "Call me by your name" as she performed her routine. Decked out in an orange, red and dark blue sequined pant suit, Angela ended the performance with a violent leg kick that left the crowd shuddering with glee.

"That scared the shit out of me!" a spectator near the front of the crowd yelped.

Another performer, Emma, pirouetted to Nicki Minaj's "Anaconda" while the crowd murmured in anticipation. Emma ambled around, collecting dollars, before suddenly landing a thunderous split that sent gravel cascading into the audience, which erupted into cheers.

Afterward, Schwanz, who captivated the crowd all night with her jeering and self-deprecating humor, addressed her philosophy on performing.

"Ninety-five percent of the reason we do this is because we're f------ entertaining," Schwanz said.

With the audience stuffed in the small confines of the outdoor area collectively raising the heat, it's a testament to the entertainment value of the performers that mostly everyone stayed throughout the night.

Justin Campbell, a recent graduate from Purdue in web development, said the show was more interactive than previous drag shows he'd been to.

"The ability to be so close to them moving with such energy is way more engaging than just watching from afar on a stage or something like that," Campbell said.

Campbell and his friend Morgan were both up-close witnesses to Angela's leg kick.

"If they had kicked me, I would've sued," Morgan said, laughing. "That shit would've hurt."

Campbell was in awe.

The last performance of the night was a duet between Jade Marie and Veronica Fox. As the show wound down, Schwanz talked about the real purpose behind the night's event.