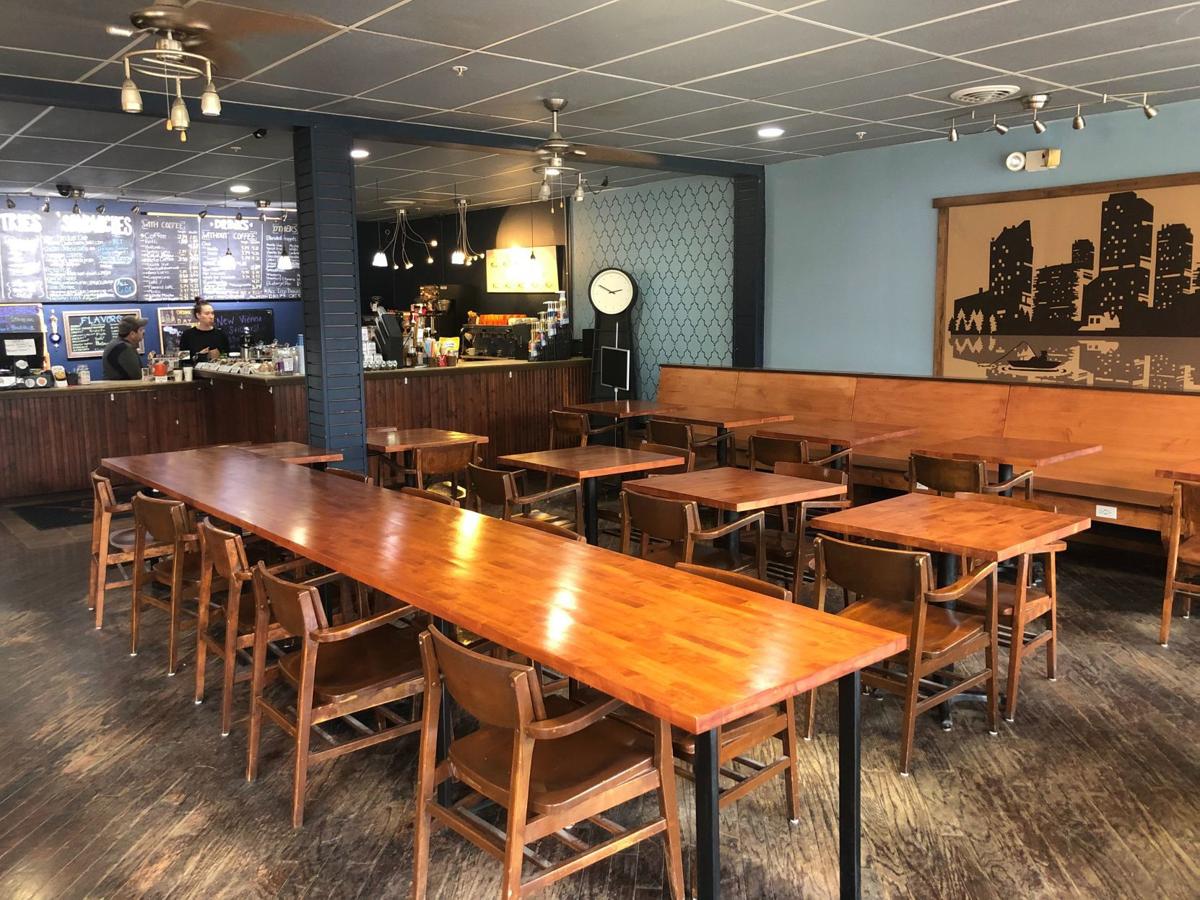 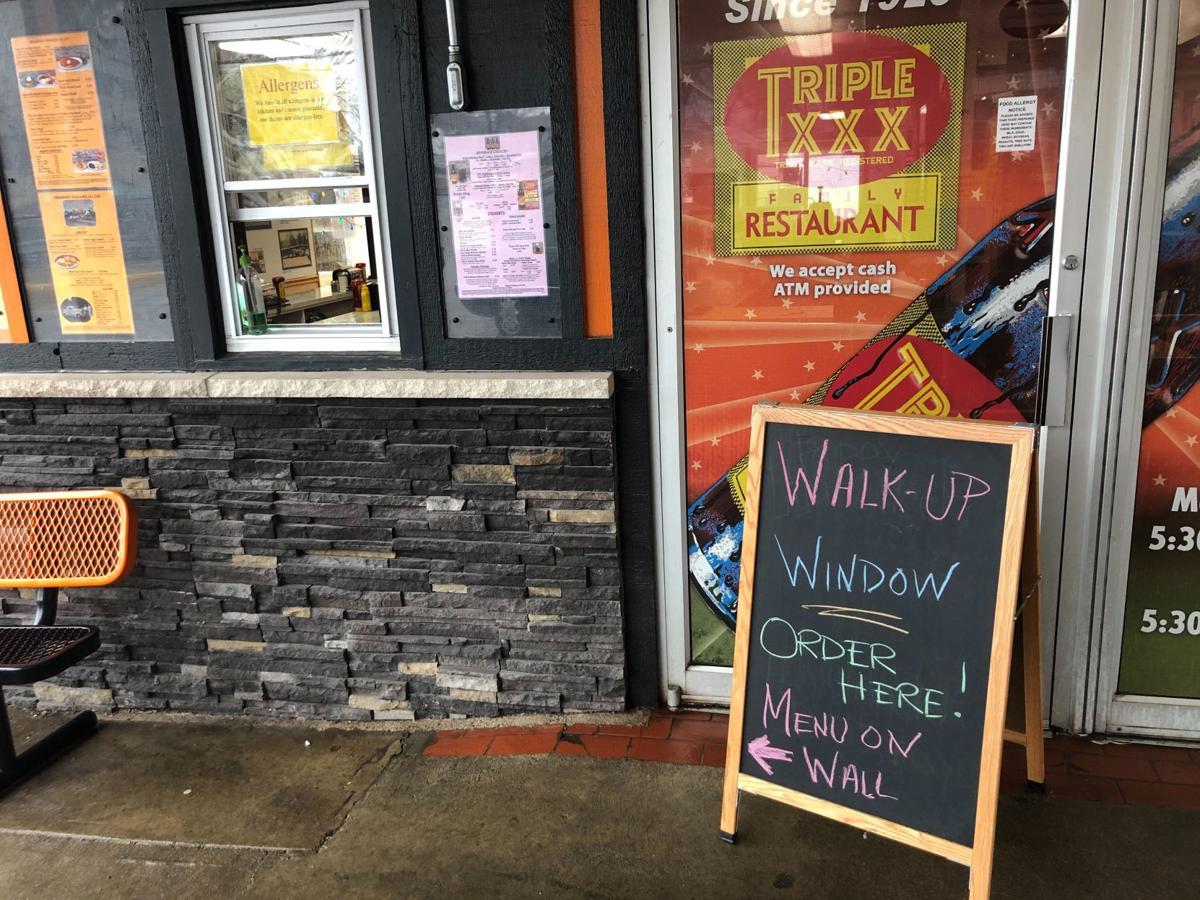 In the 27 years he’s been serving coffee and pastries, Issam Mustaklem had not seen Vienna Espresso Bar & Bakery as empty as it was Thursday.

It was a common experience on State Street in the last week. Businesses normally bustling with customers continue to reel after Indiana Gov. Eric Holcomb announced March 16 that all restaurants and bars must close to in-person patrons in response to the coronavirus pandemic.

Food businesses in West Lafayette made changes to adapt. Several have relied on existing delivery systems, while others have created entirely new processes to serve directly to customers’ homes. A handful have opted to close altogether.

Mustaklem, Vienna’s owner, said he shifted the full menu to carryout options and reduced his hours to save money on labor. But he acknowledged that his employees have suffered from having to work fewer hours and being unable to cash in on tips.

“In the beginning, I was contemplating the fact that I could do some of the work and take away the burden of labor,” Mustaklem said, referencing the difficulty in paying labor costs when sales revenue declines. “That’s not fair. Those kids are depending on me. They help me all year long.”

He said many workers have been at Vienna for several years and rely on it as their main source of income. Mustaklem would rather pay out of his own pocket, he said, than deprive his baristas of their pay.

“I think every (business) around here will have to take the hit for the people who have been there for them for years,” Mustaklem said. “I take the money and give it to the people who are loyal to me.”

Mustaklem, who also owns Egyptian Cafe and Hookah Bar in Chauncey Village, said both establishments rely on customers to enjoy leisure in-house to make sufficient money. Vienna is a hub for college students in need of a quiet workspace and stable Wi-Fi, while the hookah bar provides a spot to relax and unwind while snacking.

Deliveries and carryout orders are not sustainable for either shop, he said, and “do not make enough money to keep the lights on.” The 30 employees depending on him for pay are the primary reason he remains open, Mustaklem added, but he’s uncertain about the future.

State Street businesses were mostly empty over spring break and will likely continue to be until at least the end of March, when Holcomb’s directive is set to expire. But with the number of confirmed COVID-19 cases in Indiana eclipsing 200 over the weekend and neighboring Illinois issuing a statewide shelter-in-place order, the situation could become increasingly fraught.

Greater Lafayette Commerce created a list of about 150 area businesses with corresponding contact information to ease the process of ordering delivery and takeout. GLC CEO Scott Walker said a series of historic closures and postponements — namely the NCAA canceling March Madness — leading up to Holcomb’s decision prompted his organization to prepare to aid small business owners.

“I’m hopeful that we’ll see business owners weather through this,” Walker said, “but I think it’s going to be terribly challenging for many that rely on that income and cash flow.”

Holcomb offered financial assistance for small-business owners Thursday after a disaster designation imposed by the U.S. Small Business Administration. According to the governor’s press release, businesses are eligible for low-interest loans up to $2 million to compensate for revenue losses amid the coronavirus outbreak.

Mustaklem said demonstrating the qualifications to receive a loan — stable credit history and the ability to repay the loan with interest — is overly complicated. His preference, he said, would be interest-free payments that replenish depleted funds and allow Vienna and Egyptian Cafe to attempt to recover.

“I wasn’t the cause of this, yet I am in the center,” Mustaklem said. “Give me money to build my business back up the way it was before all this happened. And don’t expect me to repay it, because I am doing my share to stay open and lose money so my employees will not go and file unemployment, and then the (government) will have to pay for it.”

With the cancellation of spring activities ranging from sporting events to commencement, Barr said the busiest service weekends at the historic diner have been spoiled. Those missed opportunities to recoup on the unprecedented losses in March have left the owners questioning how to maintain the restaurant’s 50-person staff.

Mustaklem said Vienna and other West Lafayette businesses operate on a nine-month schedule, thriving during the spring and fall months while scraping by to pay rent in the summer. This year, the lackluster sales that plague summer have arrived early.

“If they’re going to close us until June, it’s going to be very, very difficult to make it,” Mustaklem said. “We’ve seen bad summers, but nothing like this.”

The situation is equally dire for many restaurateurs in Lafayette. Main Street’s Lafayette Brewing Co. implemented a makeshift system for deliveries after Holcomb’s directive Monday, owner Greg Emig said, but decided to discontinue it after a few days. It’s now closed for the foreseeable future.

“Just over a week ago, we were serving dine-in customers. By Monday afternoon, all the sudden, it was carry-out only,” Emig said. “We had never done any kind of delivery service so we didn’t have the infrastructure set up. Managers were the ones out running deliveries. I ran a few myself.”

The unpredictability of the coming weeks and the possibility that the restaurant could play a role in the spread of the coronavirus made the decision to shut down the best alternative, Emig said. The brewery has offered the remaining inventory in its kitchen for employees to take home but will still forfeit a sizable amount of product.

Emig said he and his wife expect to join their 42 employees in filing for unemployment assistance in the coming days. In 27 years of owning Lafayette Brewing Co., the fallout created by this pandemic is the worst the restaurateur has ever experienced.

“Restaurants run on very, very thin margins,” Emig said. “You gotta have income to make sure the bills get paid, and right now we just don’t have that.”

“We couldn’t make it just about money,” he added. “We had to look at the bigger picture and what it’s gonna take to get past this thing.”