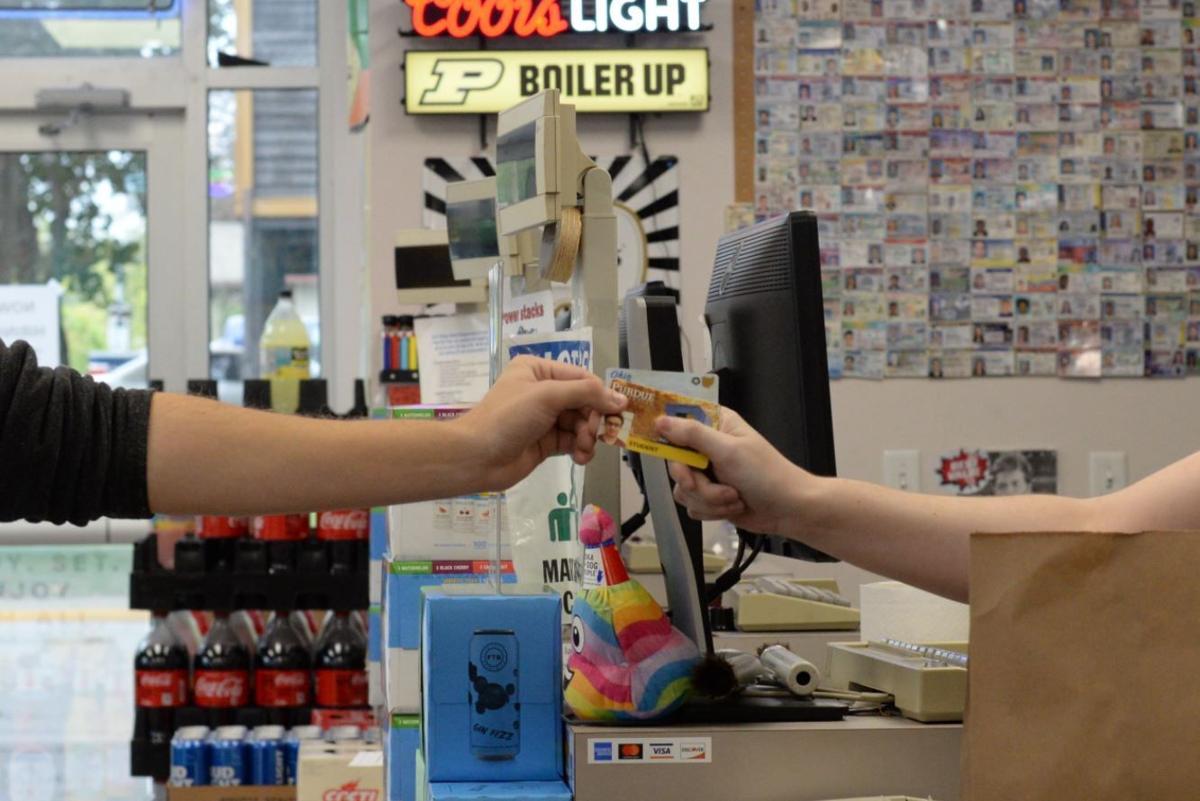 A customer exchanges their two forms of identification. 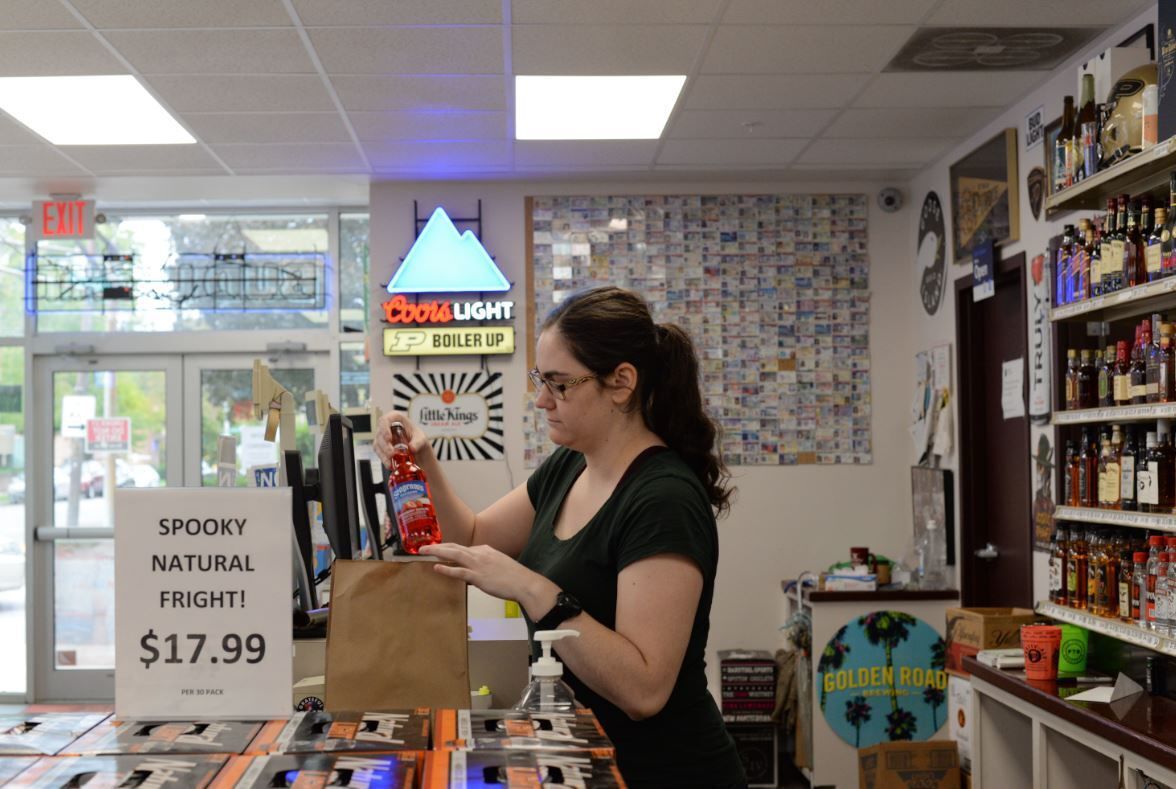 Village Bottle Shop Supervisor Sidra St. Rain puts a bottle of alcohol into a bag for a customer. 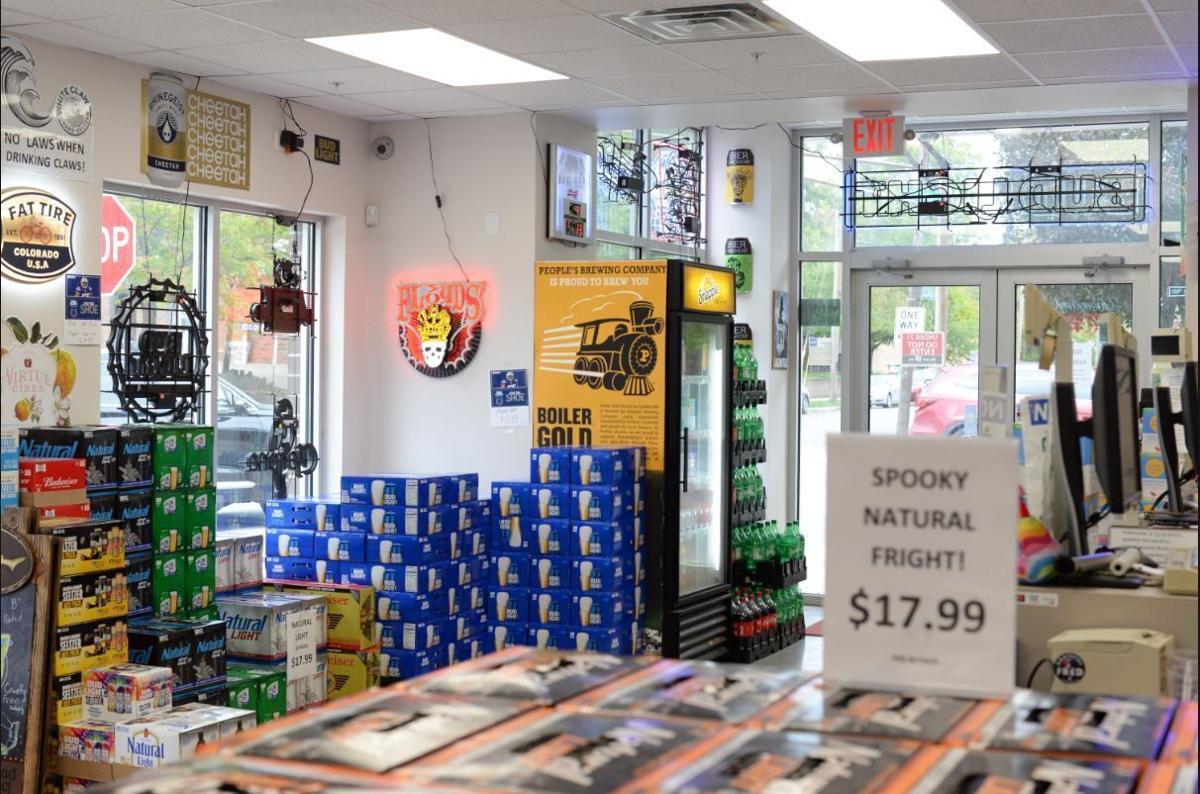 A customer exchanges their two forms of identification.

Village Bottle Shop Supervisor Sidra St. Rain puts a bottle of alcohol into a bag for a customer.

Fake ID cards, often used to buy alcohol and tobacco products, are becoming more prevalent on campus than in years past. In the past six weeks, over 25 minors younger than 21 years old were charged with having a fake ID and/or trying to illegally purchase tobacco and alcohol, a majority of whom were Purdue students.

Sidra St. Rain, a supervisor at the Village Bottle Shoppe on Vine Street, said the numbers of false IDs skyrocketed in comparison to the beginning of the summer.

“I was here over the summer and we got maybe one between May and July, and from July 1 to (September), we’ve gotten over 40,” St. Rain said.

Karan Singh, a manager at AM/PM General Store, said he also noted an increase of fake IDs at the store over the semester.

Local police departments, however, are usually not the ones to handle cases of false identification, Purdue Police Capt. Song Kang said. If officers find a minor possessing alcohol or consuming it, they can cite them for those charges.

Excise police recently adopted programs to further enforce state alcohol and tobacco laws. One exchange is Cops in Shops, a program where officers pose as employees or customers at dealer establishments. While the program is designed to enforce the law, it’s also meant to teach clerks the finer points of checking identification, according to the excise police’s website.

No excise officers have worked undercover behind the counter at AM/PM, Singh said.

“They just hang outside for a couple hours during the evening,” Singh said.

In her time at the Village Bottle Shoppe, St. Rain said she hadn’t heard of the program happening at the store.

“I do believe it does happen occasionally,” St. Rain said. “It’s sort of like a surprise inspection for a restaurant.”

While outside the establishments, officers check the IDs of customers, looking out for minors trying to use their fake IDs. And when someone is caught, the officer cites them on charges such as possession by a minor of false or fraudulent identification.

Another project is the Intensified College Enforcement program, which provides extra hours for excise officers to further their own enforcement efforts outside of a normal shift. The ICE program is deployed in Indiana University, Ball State University and Butler University among other campuses. It’s unknown whether ICE has been applied at Purdue’s campus.

The Exponent reached out to the District 3 excise police about its operations on Purdue’s campus and was denied an interview.

“During those periods of time, we can get a lot in a week,” she said. “But that’s for a very short period of time. Most of the time we’ll see one, especially over the summer, every month or so.”

Despite the popularity of nicotine and tobacco products, smoke shops don’t seem to see a lot of fake ID traction, said Eddie Torres-Cruz, a clerk at the West Lafayette Smoke Shop. When someone with a fake ID does come into the shop, however, Torres-Cruz said he keeps the ID and tells the manager.

“I don’t really like calling the police because I feel like that really ruins your day,” Torres-Cruz said.

A lot of kids who get caught usually accept having their ID taken and occasionally ask for them back, St. Rain said, which is usually answered with no.

Every now and then, if the situation escalates, St. Rain said she threatens to call the West Lafayette Police Department, but so far the police have yet to be called.

“The people usually just run away after they hear that I’m actually willing to call the cops,” she said.