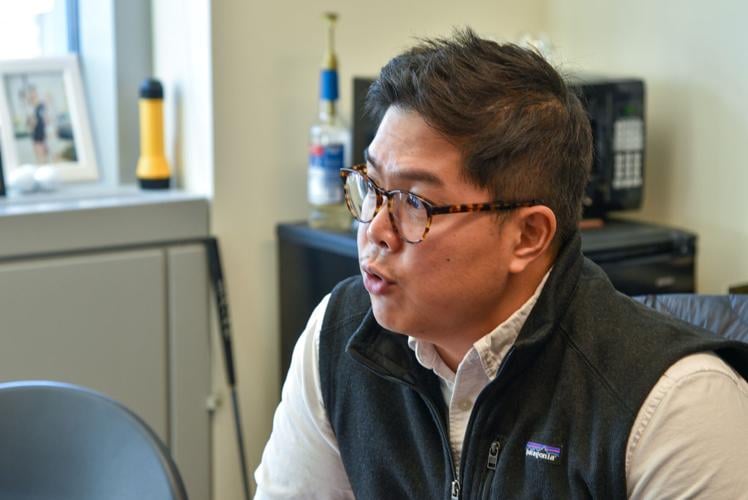 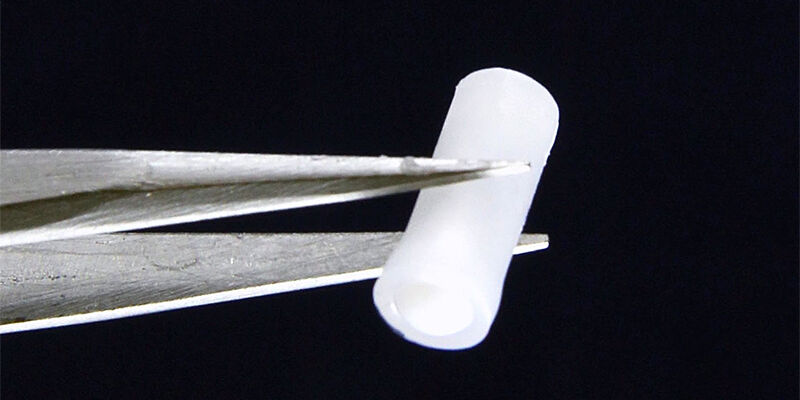 Rescue Biomedical is developing a minimally invasive under-the-skin device that automatically delivers naloxone when a person overdoses on an opioid. The company has received a four-year, $2.82 million Fast-Track Small Business Innovation Research, or SBIR, grant from the National Institutes of Health to develop its technology.

Rescue Biomedical is developing a minimally invasive under-the-skin device that automatically delivers naloxone when a person overdoses on an opioid. The company has received a four-year, $2.82 million Fast-Track Small Business Innovation Research, or SBIR, grant from the National Institutes of Health to develop its technology.

A Purdue professor is developing a device that when implanted under a person’s skin can detect an overdose in real time and administer naloxone to counter the effects.

Hyowon Lee, an associate professor in the School of Biomedical Engineering and director of the Center for Implantable Devices at Purdue, is the CEO of Rescue Biomedical, a national research group dedicated to treating the ongoing opioid epidemic.

“Our device is a closed-loop drug delivery system that automatically detects when someone is overdosing and immediately provides life-saving naloxone to prevent long-term neurological damage or death,” Lee said.

The device has two parts: a sensor worn around the user’s wrist and a capsule injected under the skin that releases naloxone when dissolved.

The magnetic wrist-worn sensor is designed to monitor the user’s respiration and the level of oxygen in their blood. When those levels drop too low, indicating an overdose, the sensor will heat up the capsule, essentially melting it to allow naloxone into the body.

“The value of this is two-fold,” Lee said. “There’s an incalculable value of saving someone’s life. But it also prevents lifelong disability from hypoxia.”

While he isn’t sure about the cost of the drug, he said the wearable component is currently being made with “off-the-shelf materials,” and should cost “somewhere in the tens of dollars.”

Now, Rescue Biomedical is conducting usability testing with IU School of Medicine. The main concern is creating a device that both drug users will want to use and doctors will want to recommend to patients. Understanding the amount of stigma that often comes with addiction, Lee said he doesn’t want the device to be very noticeable.

“You don’t want a scarlet letter,” he said. “There’s a lot of stigma. We need to go beyond that and treat it as the actual disease that it is.”

The company announced in early October that it received a four-year, $2.82 million Fast-Track Small Business Innovation Research grant from the National Institutes of Health to develop its technology.

The idea for the device went into motion after Lee presented his research on combating the opioid crisis at a National Institute on Drug Abuse conference in 2015. NIDA gave Lee and other researchers money to build prototypes, and Rescue Biomedical was officially incorporated in 2019. It was NIDA’s startup challenge in 2020, earning even more funding for further research.

Lee said Rescue Biomedical seeks to complete specific milestones through the lifetime of the grant.

“In Phase I, our goal is to better understand customer needs and identify a regulatory pathway for an approval from the U.S. Food and Drug Administration,” he said in the press release. “In Phase II, we aim to perform more usability evaluations and demonstrate functionality as we move toward regulatory approval.

“After the successful conclusion of these milestones, we will need to raise additional funds to scale up our manufacturing and to go through clinical trials to obtain regulatory approval.”

Purdue isn’t the only university leading the way in overdose research.

A research team led by the University of Houston developed a vaccine meant to block fentanyl’s ability to enter the brain, eliminating its effect on users.

Researchers say the vaccine will create “anti-fentanyl antibodies” that attach themselves to fentanyl molecules. The antibodies would stop the drug from entering the brain, allowing it to be flushed out of the body naturally via the kidneys.

The vaccine has only been tested on rats so far, but the team said none of the test subjects suffered adverse side effects. The team plans to start manufacturing clinical-grade vaccines in the coming months with clinical trials in humans planned soon.

Logan Straley kissed his little sister on the forehead.