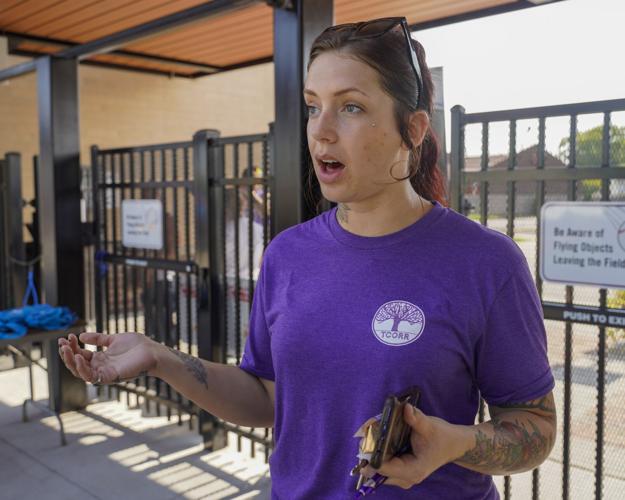 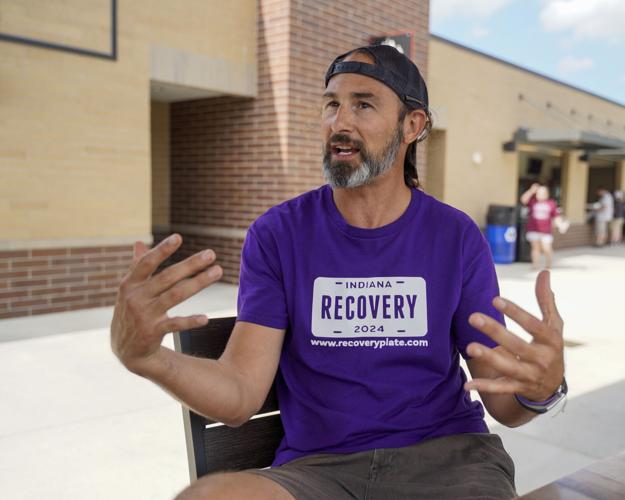 Dustin Washington, co-chair of the Indiana Recovery Council, shares his story with addiction and recovery. Washington said he celebrated his 21st year of recovery in August. 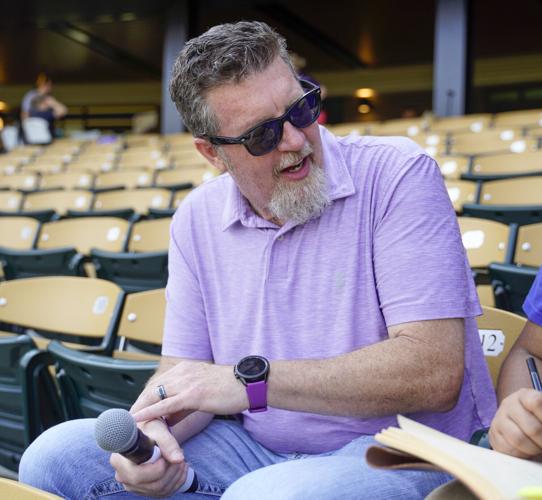 Jim Stone, emcee for the Tippecanoe Celebration of Recovery Rally and managing partner at Woof Boom Radio, shares his personal story of recovery.

Dustin Washington, co-chair of the Indiana Recovery Council, shares his story with addiction and recovery. Washington said he celebrated his 21st year of recovery in August.

Jim Stone, emcee for the Tippecanoe Celebration of Recovery Rally and managing partner at Woof Boom Radio, shares his personal story of recovery.

Grace Paton started using heroin and meth when she was 11.

Now, 16 years later, she is in her sixth year of recovery and leads an effort to help others fight addiction.

“(Recovery) is something where you have to find your own path,” Paton said. “Everybody’s different. ”

Paton is now the co-event chair for the Tippecanoe Celebration of Recovery Rally, where she helps celebrate people who have recovered and connects those interested in recovery to resources in their community.

“The opposite of addiction isn’t sobriety, it’s connection,” she said

Other community members gathered at the fifth annual TCORR in Loeb Stadium on Saturday and shared their stories of recovery.

“There are a lot of productive people out there who struggle with addiction, and if you work at it you can overcome it,” said Jim Stone, the managing partner at the Lafayette Q106.7 radio station.

Stone was addicted to alcohol and has been in recovery for 16 years.

“I had my boss look at me and say ‘Jim, you can keep drinking or you can keep working, but you’re not going to do both,’” Stone said.

Stone said he once passed out at his desk and slept through his radio show. A few months later, Stone emailed his boss asking for help after he realized he was too drunk to make it to work the next day.

“He helped me find that help, he sent me down this path,” Stone said.

Stone went to a treatment center and talked to people with similar problems to his. After his recovery, Stone is now business partners with his boss, who was ready to fire him at the time.

“The world doesn’t end when the drugs go away,” he said. “The world opens up and becomes a much better place for you, and you can accomplish things you’ve only dreamed of.”

Dustin Washington, the co-chair for the Indiana Recovery Council, just celebrated 21 years of sobriety on Aug. 28.

Washington was an above-average high school student and had a 3.8 GPA during his freshman year at Purdue, but started hanging out with the “wrong crowd” and turned to drugs and alcohol when he was 18.

“I believe I felt different from a very early age, and when I found drugs and alcohol, it helped me feel like I fit in better,” he said.

Washington failed out of Purdue three times by 1997, and the university refused to let him back in. When he was 23, Washington entered a long term residential treatment and has participated in various recovery programs since.

“I think one of the reason’s my life is allowed to be what it is today is to share with others, that we are all recovering from something,” Washington said. “We all have some piece of trauma that has likely touched our lives.”

Washington is now a father of three and owns two businesses.

“I have three boys that are 10,12 and 14, and the advice that I give them today is that mental health is just as important as physical health,” he said. “If I could go back and visit my 19-year-old self, I’d say ‘hey, go to therapy.’”

Washington said a big way to tackle addiction in a community is by prioritizing mental health and preventing misinformation about addiction. This can come in small steps, like using the phrase “substance abuse” instead of “drug addiction,” which has a negative connotation, and creating stigma reduction campaigns.

“When I was in school, there was a public information campaign that said nobody wants to be a junkie when they grow up.” Washington said. “The reality is none of us that have a substance abuse disorder chose to have it.”

Washington said many people may be predisposed for or have environmental issues that make them more likely to fall into addiction.

Washington is currently working with Indiana Addictions Issues Coalition to bring a recovery specialty group license plate to the state of Indiana to raise awareness about addiction and to celebrate recovery.

Another attendant, Lynn Johal, said she started her recovery eight years ago through the 12-step recovery process.

“There are multiple pathways to recovery, but for me the one that worked the best was 12 steps,” Johal said.

Johal said her addiction, like many others’, almost destroyed her life and her relationships, and put her in prison. She said that attending Alcoholics Anonymous and Narcotics Anonymous meetings in prison helped her recover.

“Some of the people that were (at) the lowest become the most productive people in the community,” Johal said.

Finding a new purpose and not isolating oneself is a big step to recovery, Johal said.

“When we isolate, we feel like it’s only happening to us, but when we get out in the community we realize there are people from different walks of life,” she said.

While she does have some regrets because of her addictions, Johal said she wouldn’t change anything.

“I wouldn’t be the person that I am right now had I not gone through those difficulties,” she said.