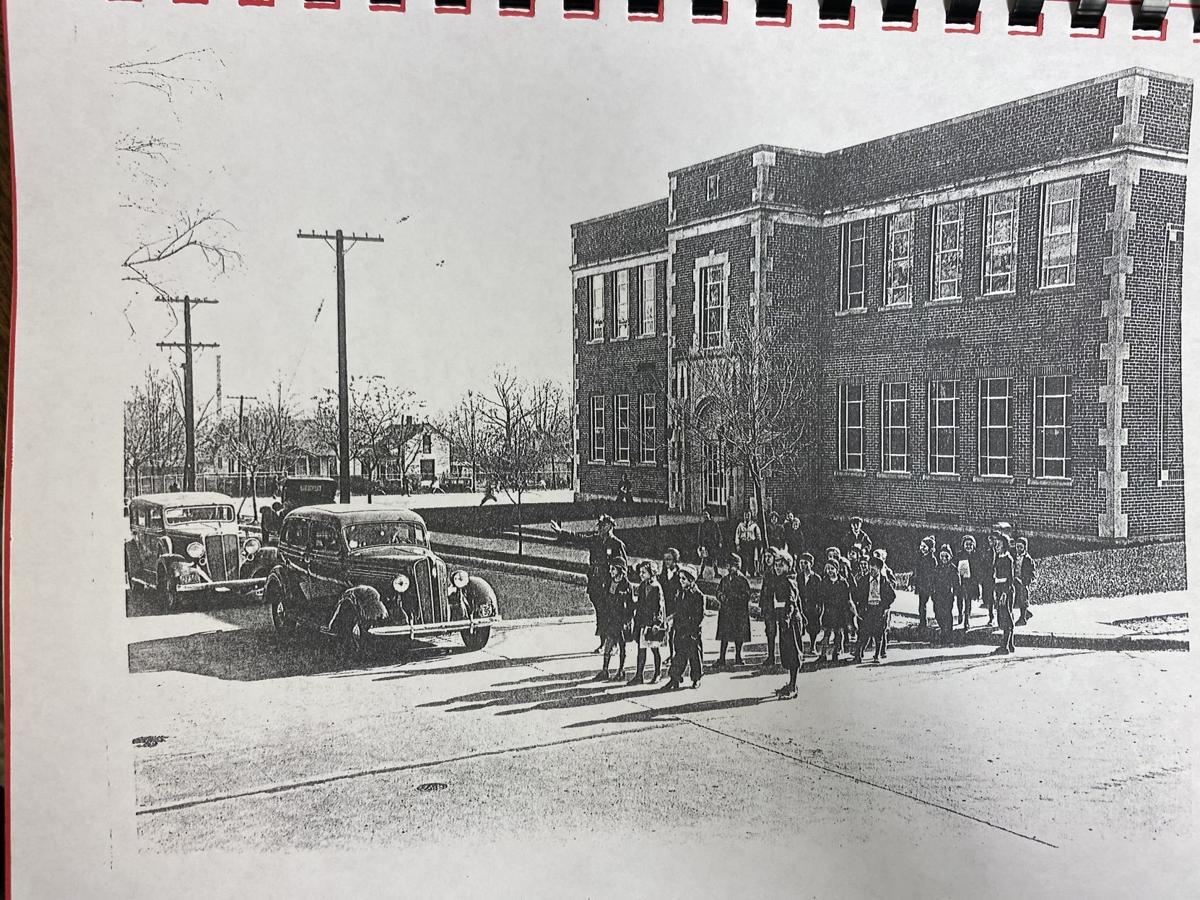 An old photo of students outside of the Morton School found at the Tippecanoe County Historical Association in their archives in the book “Morton Memory,” a collection of articles and photos. 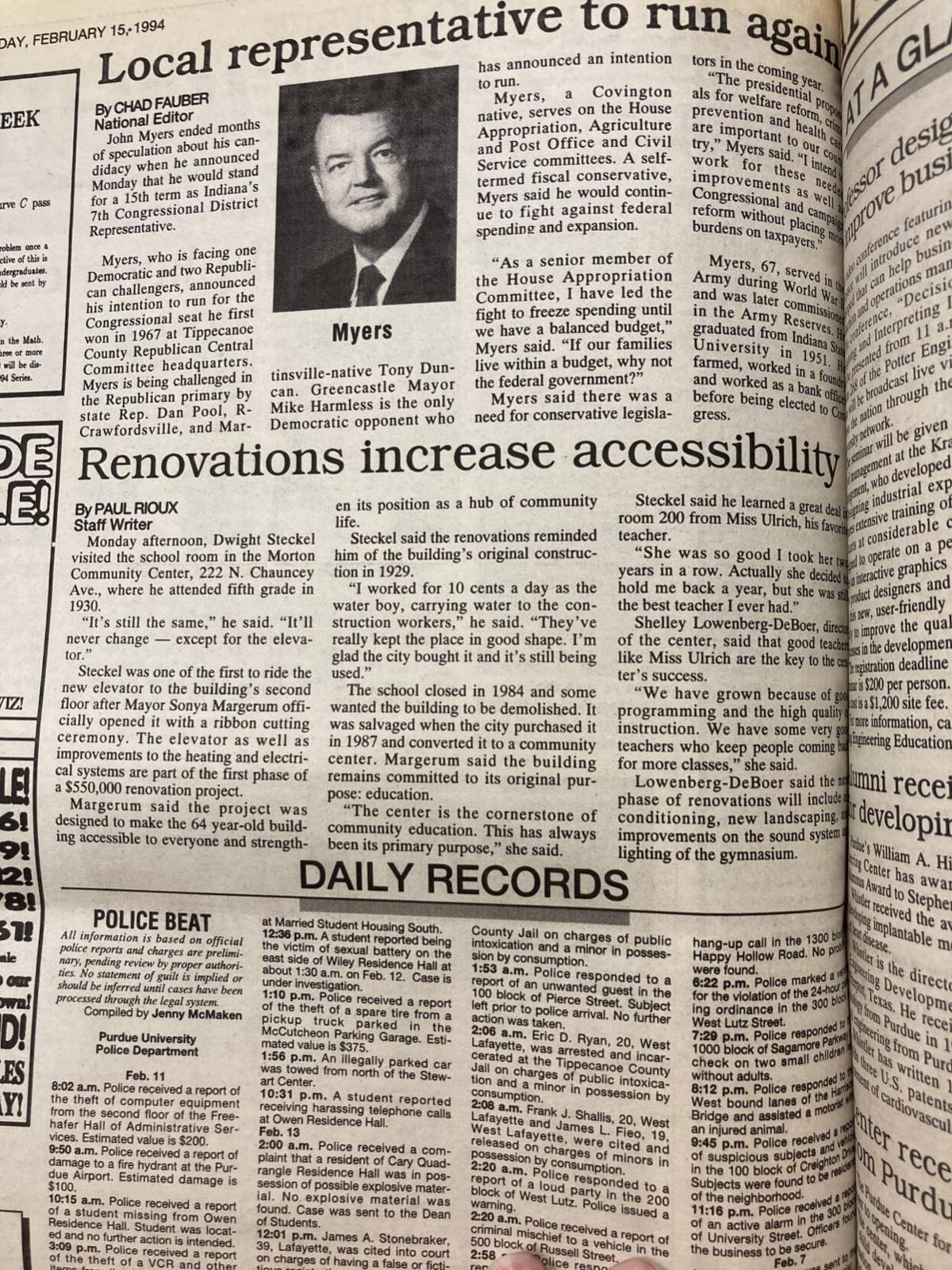 An article from a 1994 edition of the Exponent detailed renovations the Morton School went under.

An old photo of students outside of the Morton School found at the Tippecanoe County Historical Association in their archives in the book “Morton Memory,” a collection of articles and photos.

An article from a 1994 edition of the Exponent detailed renovations the Morton School went under.

West Lafayette City Council is set to pass an ordinance today that will designate the former Morton School, now the Sonya L. Margerum City Hall, as a local historic district. The building is noted for its “education and architecture” significance in the National Register of Historic Places.

“It’s right there in the heart and soul of the community, and several generations of West Lafayette residents had a very special attachment to that school,” J. Colby Bartlett, Vice President of West Lafayette Historic Preservation Commission, said. “It’s a public art in every sense of the word.”

Bound by Salisbury, Chauncey, North and Columbia streets, the Morton School was originally constructed in 1930 to meet the increasing educational demand of a thriving city. It was named after Oliver P. Morton, the former Indiana governor known for his staunch support of the Union Army during the Civil War.

Designed by Walter Scholer, a renowned Lafayette architect who also designed Mackey Arena and many other early Purdue buildings, the Morton School is one of the oldest surviving structures in the city.

Although the building was constructed during a period of architectural simplicity, Bartlett said, it stood the test of time both architecturally and aesthetically.

“It was all tax-funded, paid for by the people,” he said. “They didn’t recklessly spend money in terms of making it flamboyant, and you’ll see that among almost all institutional architecture during that period, especially if you remember that was the beginning of the Great Depression.

“There can be great beauty in simplicity.”

The main entrances of Morton School are decorated with inscribed square tablets. The tablet above the north door reads “Education is Paramount to Good Citizenship.” The south door tablet reads “An Education is the Birthright of Every Child.”

The Morton School building housed a namesake grade school that enjoyed a close relationship with Purdue for over 50 years. A joint agreement between the city and Purdue at the time allowed faculty and students to directly observe and teach in West Lafayette public schools, including Morton.

The partnership reflects Purdue’s larger role as a land-grant university to provide accessible education to the community it’s in.

After the school closed in 1985, the building was renovated as Morton Community Center and sometimes housed city government offices.

City Councilor Nick DeBoer, whose district encompasses Morton School, said in a phone call on Tuesday that the building’s significance is amplified by the city government’s recent decision to permanently move the city hall there and rename it after Sonya Margerum.

Margerum was the first female mayor of West Lafayette and passed away in 2019.

Using the Morton School building as the new city hall is a good example of adapting a historic building to keep it alive, Bartlett said.

“It’s a really wonderful balance of preservation and progress,” he said. “It reminds me of the history of our community, how far we’ve come and where we are in the continuity of growth and development.”