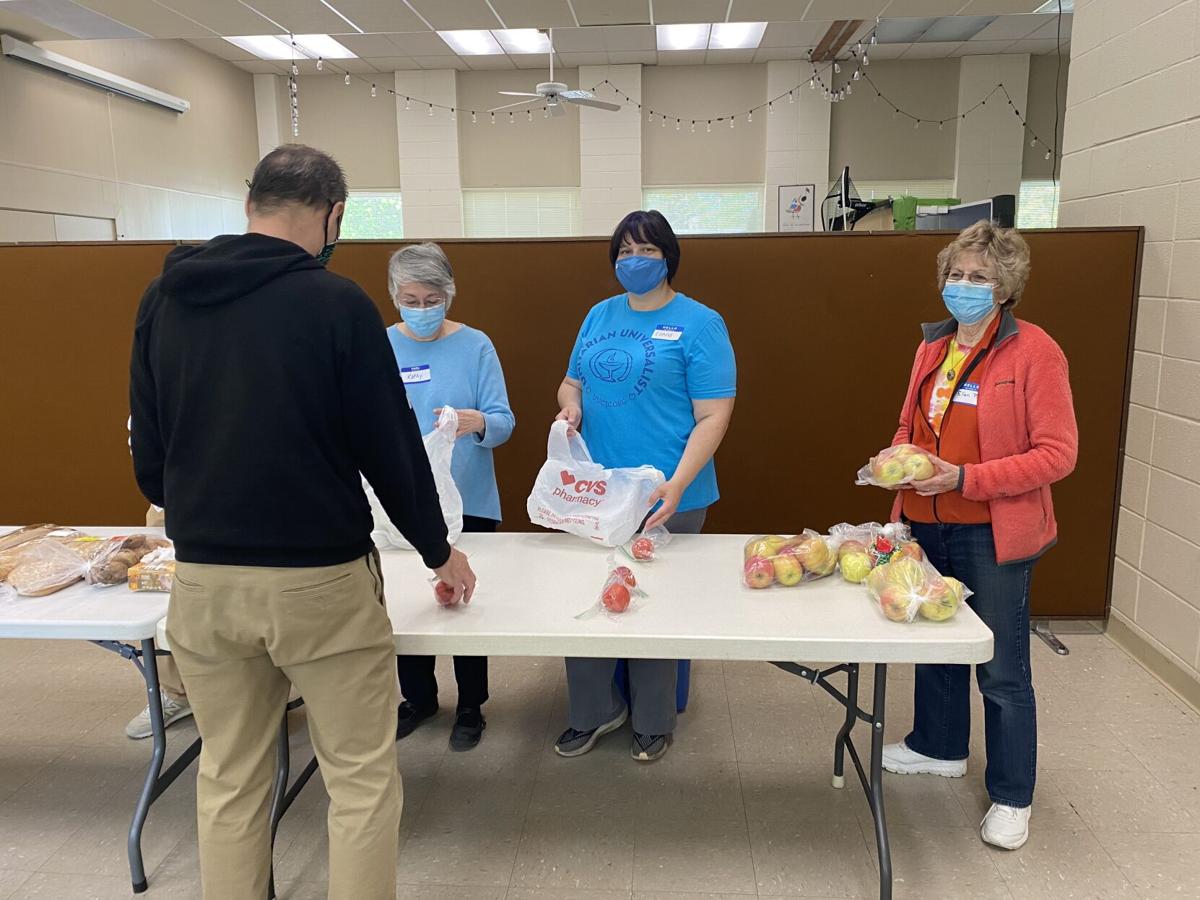 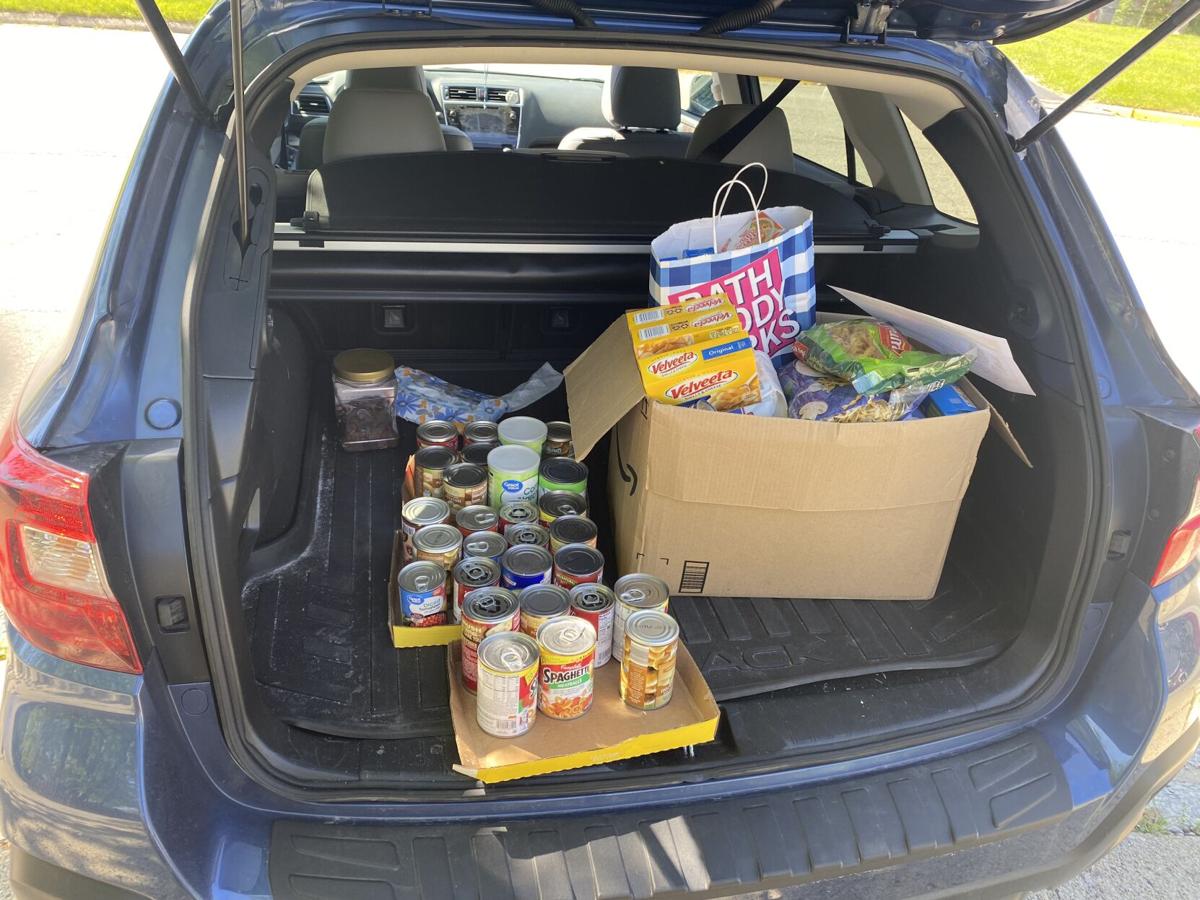 Donated food items in the trunk of a vehicle at Westside Food Pantry.

Donated food items in the trunk of a vehicle at Westside Food Pantry.

Entering its fourth week, the Lafayette Urban Ministry’s Westside Food Pantry is providing food and other essentials to more than just the relatively small number of patrons so far.

The pantry, nestled in a back room on the Smiley Street side of the Unitarian Universalist Church in West Lafayette, is open on Fridays from 10 a.m. to noon and is available to all Tippecanoe County residents older than 18. LUM also has a pantry open at its Ray Ewry Youth Center in Lafayette on Thursdays from 10 to 11:30 a.m.

Both pantries offer proteins, fresh produce and paper products such as toilet paper and paper towels.

Larry Guentert, a member of the church, said the only restrictions in place at each pantry are a mask requirement and an expectation of clients to remain socially distanced.

“People don’t come in. We meet them (outside) and get them what they need,” Guentert said of pandemic precautions. "Until things relax a little bit.”

Guentert said LMU members realized there was a need to open a pantry on the west side after continually seeing West Lafayette residents at the Lafayette location.

Even though business has been slow to start, with only five or six people stopping in daily, he believes the pantry is already making a big impact on the community.

“This one person picked up food for 11 people in her family,” Guentert said. “Even though we only had five or six clients last week, we served food to 48 individuals, which is significant.”

LUM’s two food pantries are only open for two combined days per week at the moment, but that is expected to change.

Pablo Malavendia, LUM’s executive program director, said the Lafayette pantry used to open for 4½ days per week before its partnership with a local church ended. He said the tentative plan is to move the Lafayette pantry out of the Ray Ewry Center and move into another church in June, which will provide more space.

“We’re trying to get back to that four days a week,” Malavendia said.

Malavendia hopes the pantry will stay open “forever and ever.”

“We work together, all the pantries, there’s absolutely no competition because people need food,” Malavendia said. “If someone comes in on a Wednesday, for instance, and we’re not open, we can tell them who is open.”