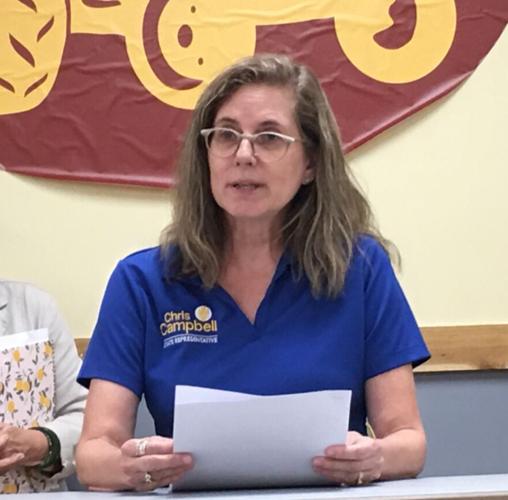 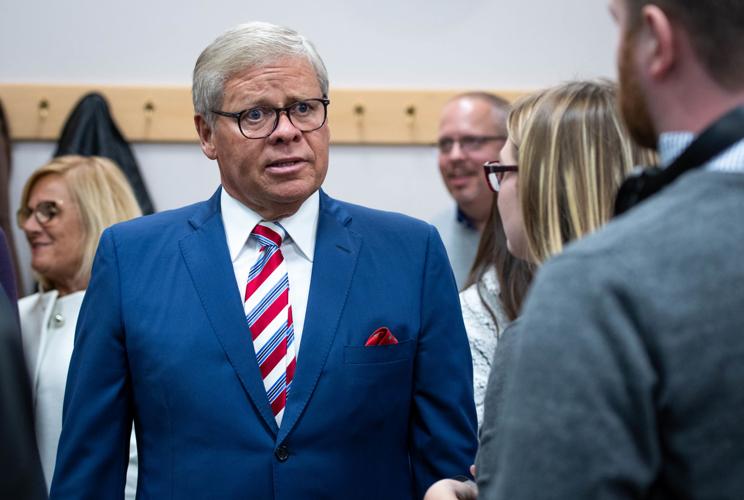 Ron Alting, Indiana state senator representing the 22nd district, speaks with visitors at the Tippecanoe County Building while polling results were shown from the November elections.

Ron Alting, Indiana state senator representing the 22nd district, speaks with visitors at the Tippecanoe County Building while polling results were shown from the November elections.

Senate Bill 1 in this special session is one such bill. The bill is set to be put on the floor at 1 p.m. Monday, and it calls for prohibition of abortion with certain exceptions. A vote is scheduled for Tuesday, and final testimony begins at 9 a.m. at the Statehouse.

Exceptions laid out in this bill include allowing abortion when the life of the mother is endangered and if the pregnancy was a result of rape or incest. There are no exceptions in the bill for how soon into the pregnancy an abortion could be performed.

The bill, authored by Sen. Susan Glick (R-13), states that performing an abortion could result in a level 5 or level 6 felony for the person performing the pregnancy.

The bill has protections against prosecution for the mother whose pregnancy is terminated and for the person who performed the abortion if the termination was accidental.

These developments are riddled with disagreement, however.

Republican Sen. Ron Alting, who represents West Lafayette, maintains that he is pro-life, but he disagrees with a ban that includes the first trimester, or the first 13 weeks of a pregnancy.

“I will be supporting a change to … allow pregnant women, in consultation with their health provider, family and clergy, to make their own decisions during the first trimester of pregnancy,” Alting wrote in a press release Wednesday. Alting also supports exceptions in the cases of rape, incest and life of the mother.

Rep. Chris Campbell (D-26) disagrees with more of the bill and said Thursday she will oppose it and fight it hard if it goes to the House.

“I am extremely concerned for the future of women in Indiana,” Campbell said. “I will continue to fight for women and women’s reproductive freedom.”

Although Indiana did not have a trigger law in place to ban abortions once Dobbs v. Jackson was decided, Campbell believes Indiana laws on abortion are too restrictive.

“Abortion is already too strict in Indiana,” Campbell said. “Indiana is among the states with the most restrictions to access to abortion.”

Campbell is apprehensive of the development of the bill through the Senate.

“There might even be more restrictions when the bill comes to the House,” Campbell said.

“The proposed Senate Bill 2 recognizes the importance of programs to support prenatal care, increased access to child care, struggling families with young children and additional tax credits to support families who choose to adopt a child,” Alting wrote in his news release.

The bill would also increase the tax credits available for someone who adopts a child, from $1,000 to $10,000.

Campbell said the language in the two financial Senate bills are similar to the language in Democrat-proposed bills Republicans shot down in the last General Assembly session.

Senate Bill 3 deals mostly with tax refunds and a gas tax cap at $0.295 per gallon.

Alting did not comment on S.B. 3 in his press release, and he was unavailable for comment Thursday afternoon.

Campbell said a similar bill has been proposed in the House. The Senate bill focuses on tax breaks, while the House bill has an automatic tax refund.

The House bill, scheduled to be discussed Tuesday, includes benefits for families such as a $225 automatic tax refund, a tax exemption for diapers and increases to exemptions for taxes for a dependent child.

No other House bills have been proposed as of Thursday afternoon.