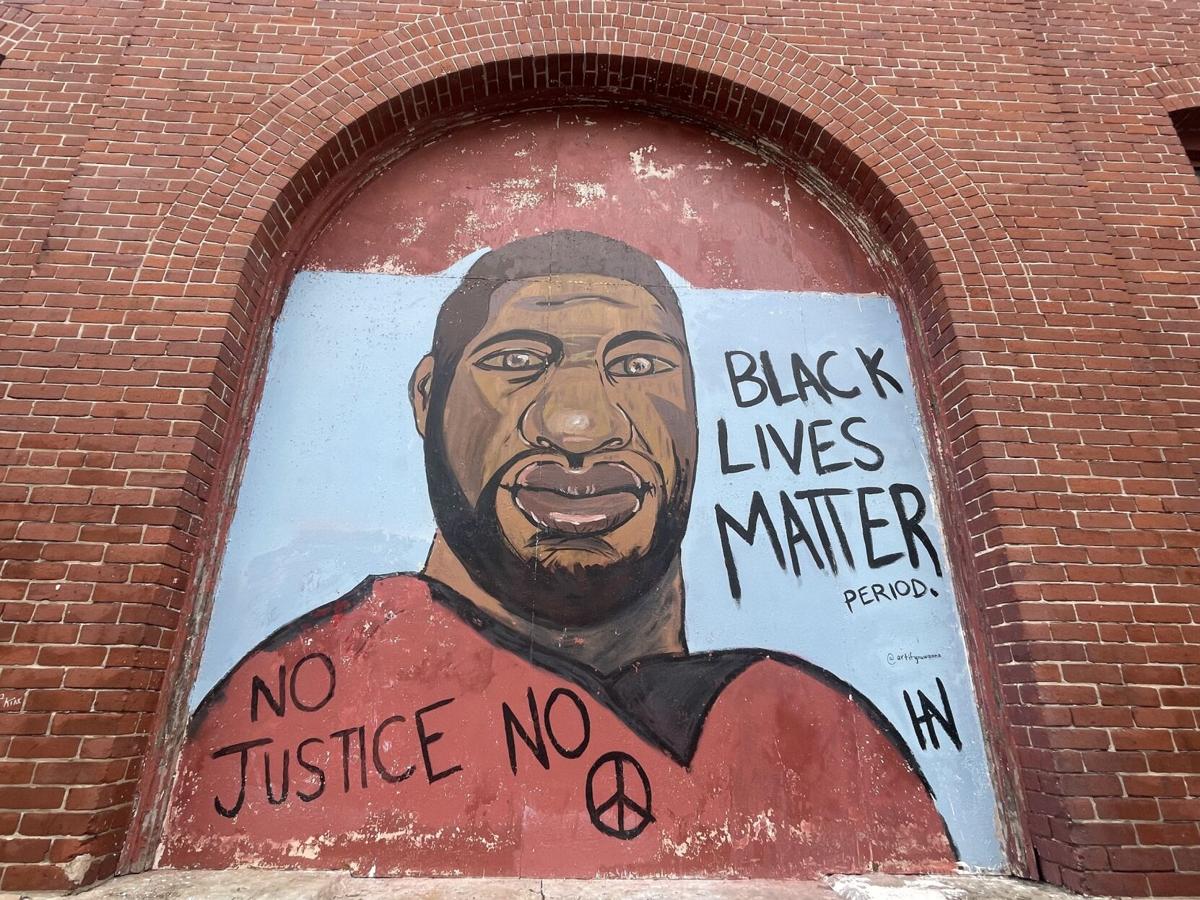 Mural of George Floyd in downtown Lafayette on the corner of North Sixth and Ferry streets. 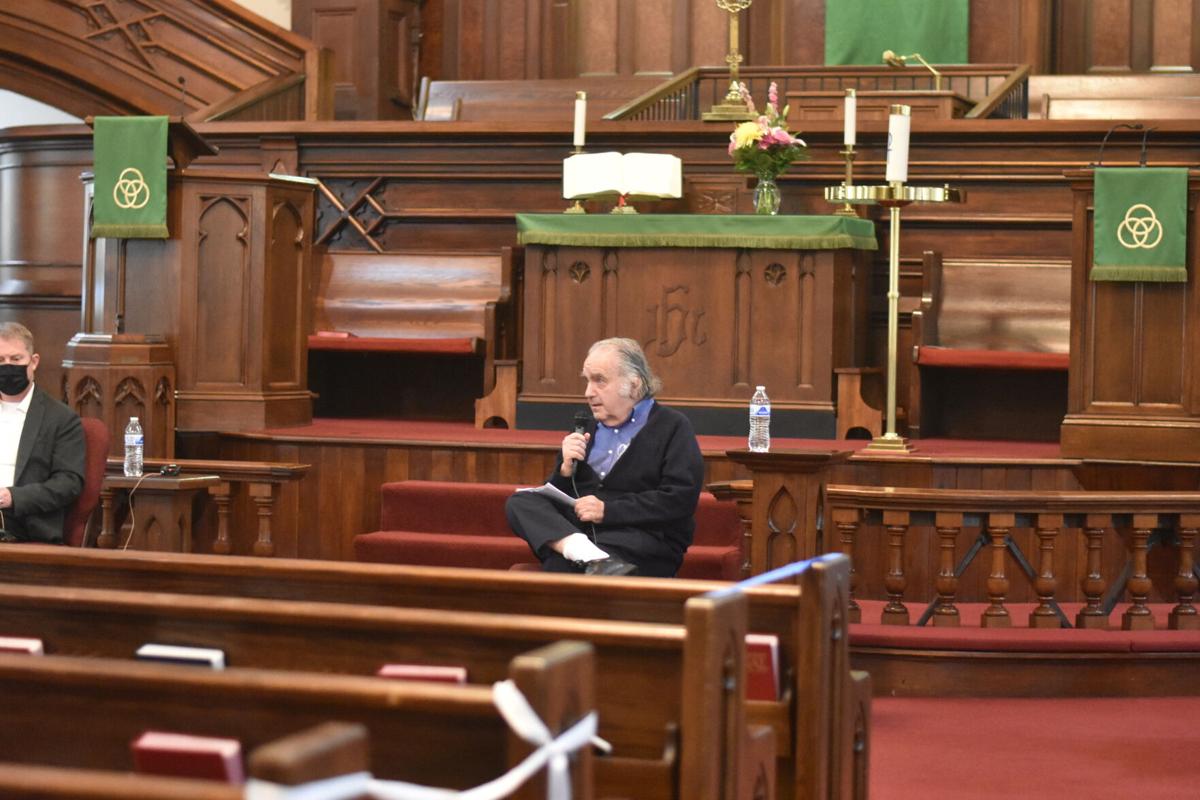 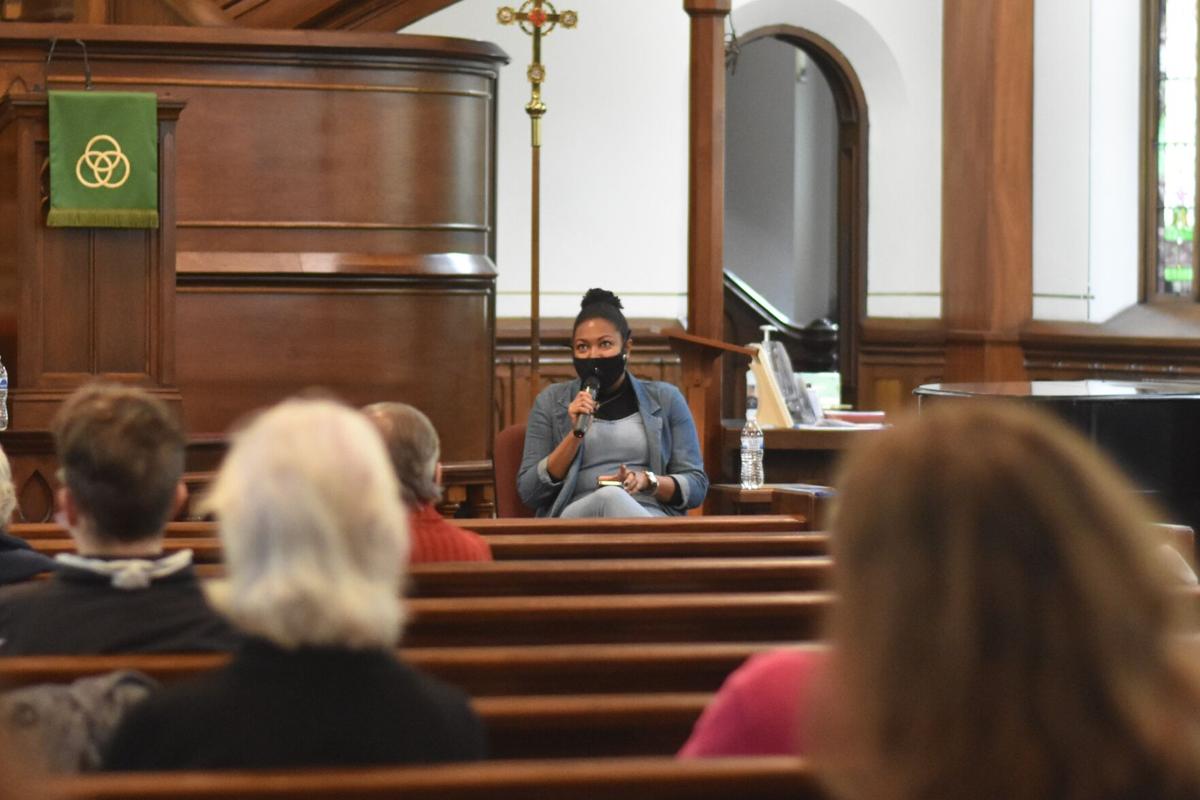 Alexcia Plummer, a senior contract analyst at Purdue, talks about what brought her back to Indiana.

Mural of George Floyd in downtown Lafayette on the corner of North Sixth and Ferry streets.

Alexcia Plummer, a senior contract analyst at Purdue, talks about what brought her back to Indiana.

Residents across the Greater Lafayette area organized at the Trinity United Methodist Church to honor the life of George Floyd and discuss racism in America.

The Lafayette Pastors Alliance and the Tippecanoe County Library hosted the event to bring positive publicity to the George Floyd Mural in downtown Lafayette by Sixth and Ferry Street.

The event was originally supposed to be held outside on the church field facing the mural but was moved inside because of the sudden downpour.

Josh Holman, Tippecanoe County librarian and event host, said the mural is surrounded by negativity because of the previous vandalism of the site.

“The mural received quite a bit of negative publicity, in terms of when something negative happens, but today we want to try and recognize and think about and celebrate (the mural),” he said.

The mural has been defaced five times since its creation in June 2020, so there was discussion from the community and the owner of the building about taking it down.

The Tippecanoe Arts Federation, the NAACP and several Lafayette citizens decided it was important to keep the mural because of its significant message about police brutality.

“So the idea sprung up to (do) something positive with the mural, and that is what today is about,” Holman said.

Ann Piechota, an attendee, said she came to show her support for the mural and to stand against police brutality.

“I was born in 1956, and this kind of brutality was going on then,” she said. “We haven’t stopped mistreating subsections of our population, and it’s not okay.”

One of the speakers, Purdue University history professor Cornelius Bynum, emphasized the importance of understanding racial disparities and listening to the voices of people of color.

“Simply because you haven’t experienced it or don’t see it doesn’t mean it doesn’t exist,” he said.

Bynum said he believes the concept of a colorblind society is inherently racist.

“To dismiss the distinctions we all clearly see that are manifested in police violence is in some ways to presume a hegemonic common universal experience,” Bynum said.

They discussed police brutality, critical race theory, and the need to organize for racial equality.

Plummer mentioned the lack of services to hold police accountable.

Targ emphasized the importance of organizing to talk about issues like police brutality.

Rita Holman, an attendee, said she was thankful for the discussion that came out of the event.

“When we connect with other people and they share their story, it gives more meaning, more life to something we may not have given thought to.”