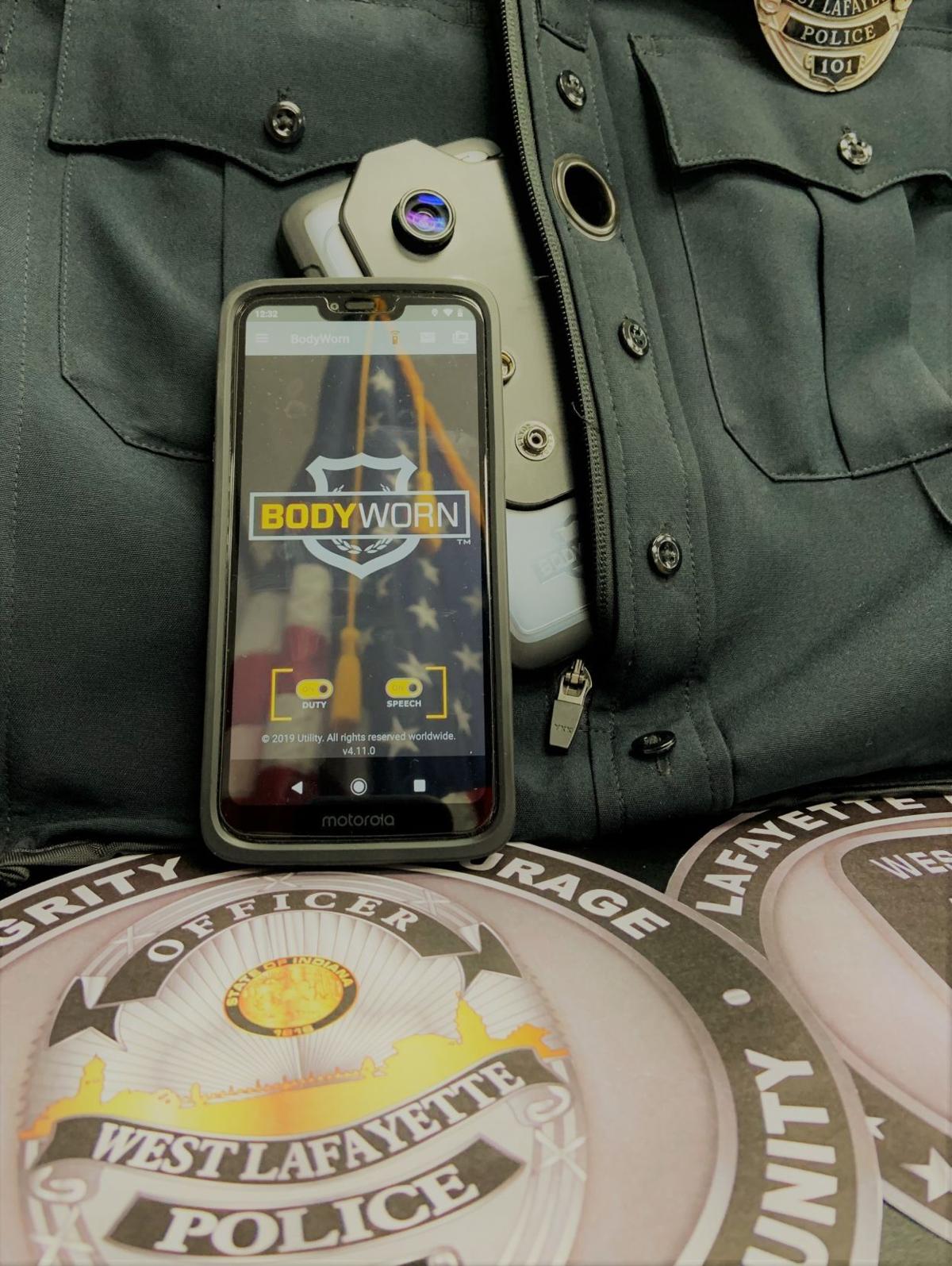 The West Lafayette Police Department was the first department in the state to fully deploy body-worn cameras to their officers. Their cameras are a cellphone with the Body Worn software installed.

The West Lafayette Police Department was the first department in the state to fully deploy body-worn cameras to their officers. Their cameras are a cellphone with the Body Worn software installed.

As one of the last police departments in Indiana without body-worn cameras, Purdue police await approval from the university on whether or not their officers will don the accountability-boosting equipment.

The decision to implement them isn’t up to the department. PUPD Chief John Cox said the university is actively investigating the use of body-worn cameras, which was taken into consideration over the last year.

“We’re just waiting on the university to investigate it,” Cox said. “They’re finishing looking at how they want to proceed. It’s not that we’re not heading that direction, it’s just we’re waiting on them to finish investigating how they would like us to move forward.”

In the meantime, PUPD is working on how to adapt once the cameras are implemented. It has been looking into creating a specific general order for the care of the cameras along with working on a process on how to transfer the video, so that the prosecutor’s office can review it for filing charges.

It’s also cooperating with other police departments in the Greater Lafayette area to further understand how body-worn cameras operate so that the transition will be easier. Learning how West Lafayette and Lafayette police use their equipment will also help make operations between the departments easier, Cox said, so that there’s consistency between the three.

PUPD reached out to other Big 10 police departments to see how they operate their equipment. Cox said Indiana University Police Department Superintendent Benjamin Hunter offered to provide PUPD with a “show and tell” of their equipment.

West Lafayette Police Department Lt. Jon Eager said the cost of cameras is what hinders many departments from acquiring the technology.

“It’s got to be something that we can bring on and then sustain,” Cox said. “It’s not like you just buy the equipment and then you’re done. There’s ongoing costs to managing that system.”

PUPD’s budget comes from the university, which is allocated every year on July 1. But larger, capital expenses, such as the body-worn camera equipment, must be approved outside of the normal budget, Cox said.

Purdue spokesperson Tim Doty said in an email that equipping PUPD with body worn cameras is under active consideration. The Exponent reached out to Purdue’s legal team, and a representative refused to make a comment.

PUPD would be among a later generation of police departments that utilize the equipment. Body-worn cameras have been deployed across the state among local and other collegiate departments over the past few years.

Police departments from public universities such as Indiana State University and Ball State have been using the body-worn cameras for the past few years.

The Indiana State Police started the process of issuing the equipment to their officers in early June and expect full deployment to take place in late August, according to an ISP press release.

WLPD was the first in the state to fully deploy the technology among its officers.

“We’re all pretty accustomed to being recorded,” Capt. Adam Ferguson said. “When we added our own body cameras, it was an easy transition for us.”

IUPD started wearing the cameras in 2020, and much like WLPD, there was very little fuss about the new technology.

The cameras benefit police departments and their communities by adding transparency in officer and citizen interactions, Cox said. The cameras are another way to keep officers accountable, along with keeping them safe from dangerous situations and exonerating them from false complaints.

Eager recalled an instance where he was cleared from a false complaint because of a VCR dash camera.

When Eager worked for the Bedford Police Department in southern Indiana, he pulled over a woman who was driving with two intoxicated men in the car. One of the men kept hindering Eager’s interaction with the woman, so the man was arrested for public intoxication.

“He wouldn’t get out of the car,” Eager said. “So I started to reach out to grab him and he knew ‘OK, I’m getting ready to get pulled out of this car’ and he turns toward me. So I step back. The guy steps up and puts his hands behind his back, a total change of behavior.”

In court, the man represented himself and told the judge there was a video of the traffic stop, Eager said, but there was no proof the interaction had been recorded. The man, after hearing there was no video proof, subsequently filed a lawsuit claiming that Eager body-slammed him.

Eager’s chief at the time went through all the tapes that had not been erased and eventually found the footage that cleared Eager’s name.

“Just by luck that tape had not been recorded over,” Eager said. “But if it had been, I’d have been sued and he probably would have won.”

Without the body cameras, PUPD has been holding their officers accountable through a general order. The officers are guided by how they behave, how they work with the citizens and how they investigate a case, Cox said. And when there is a complaint, it is taken to an immediate commander to determine its severity.

But the body worn cameras are there to make this accountability system simpler rather than replace it. The equipment is there to help provide clarity, not completely change an officer’s character, PUPD Capt. Song Kang said.

“If you believe that a body camera or a taser or any other technology will fix what’s happening within your organization, you’re probably being unrealistic,” Kang said. “With or without a body camera, we want every single officer to be out there to do their job professionally. Somehow the rogue officer is going to behave overnight because we gave them a piece of equipment?

“That doesn’t work that way.”

The cameras are also another way of keeping the communities the departments serve safer, which is why Cox said he wants them.

“We’re very fortunate that we have a great relationship with the community,” Cox said. “Not every department in the United States can say that about their community. But I feel good about our relationship, and there’s always ways to improve. And we’re always looking for those opportunities to participate … And so I think body-worn videos on our officers are another way to make people feel more comfortable.”

Since the university’s investigation into body worn cameras is out of PUPD’s hands. It’s unknown when they’ll get the equipment, but Cox said he hopes the decision comes soon.