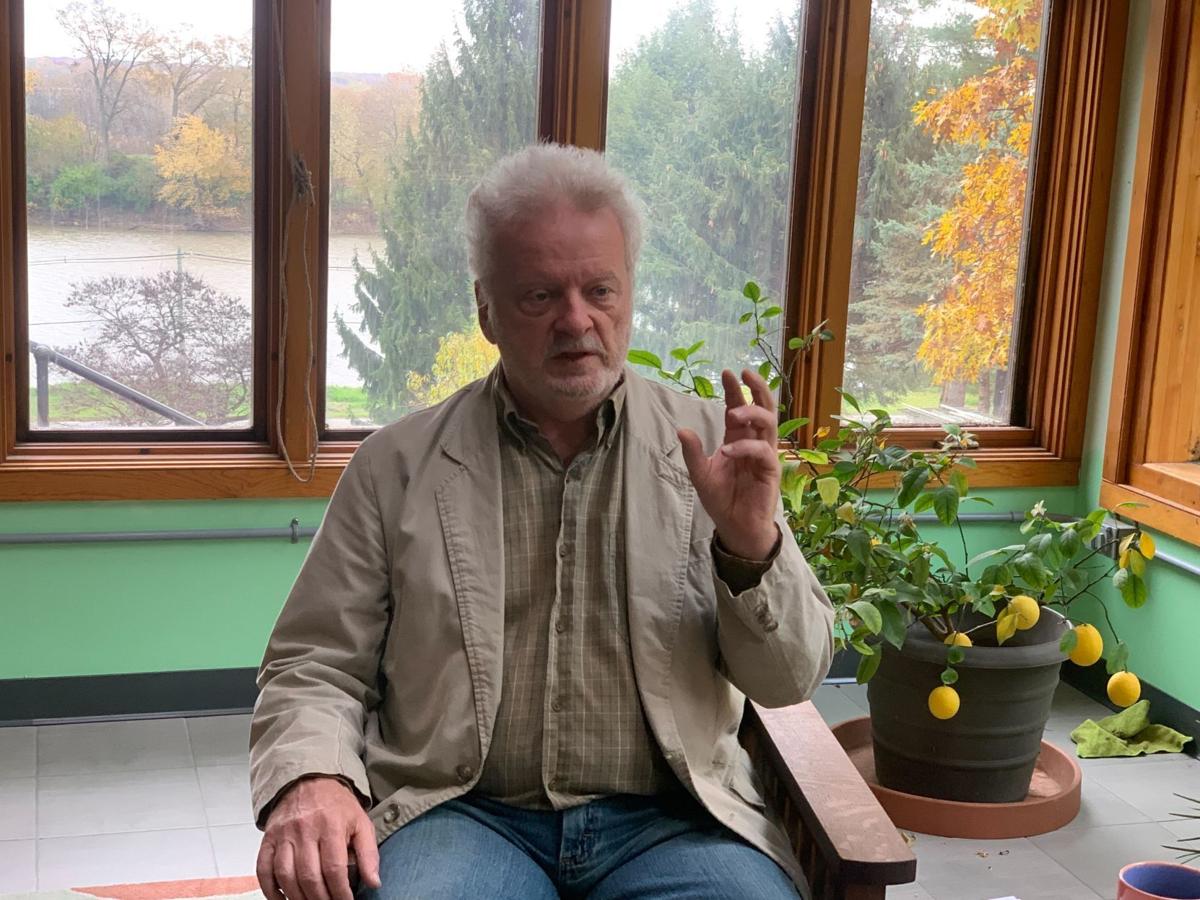 Dan Bollinger discusses the negative effects of circumcision on children. 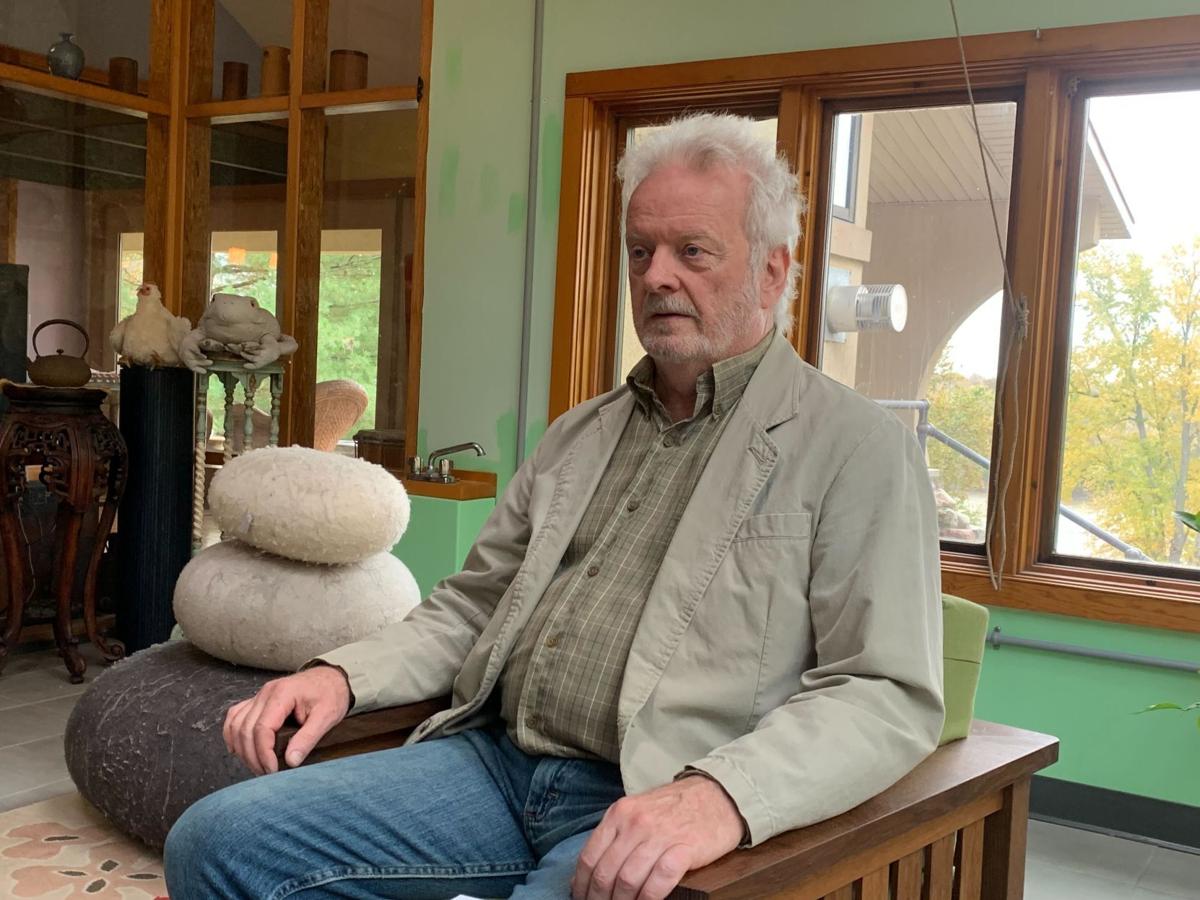 Dan Bollinger is a member of the intactivist movement, a movement against circumcision.

Dan Bollinger discusses the negative effects of circumcision on children.

Dan Bollinger is a member of the intactivist movement, a movement against circumcision.

A routine medical procedure, or a potentially trauma-inducing event?

Circumcision has always been a highly divisive issue, and Dan Bollinger, vice chairperson of Intact America, said “recurring nightmares” from his procedure led him to join the intactivist community.

Intact America, a nonprofit founded in 2008, heralds itself as a advocacy organization “seeking to end (male child genital cutting) in America” in the name of a collective healthy sexual future, according to its website.

Circumcision is a medical procedure involving “surgical removal of the skin covering the tip of the penis,” according to the Mayo Clinic.

“I was circumcised when I was three days old,” Bollinger said. “I’m pretty sure I went kicking and screaming.”

Bollinger said once he started therapy for his nightmares, it became clear to him that the snapshot images that left him in cold sweats with his heart racing were from a time before he could speak.

To Bollinger, the only logical source was his circumcision.

Purdue sociology professor Daniel Olson said from a religious standpoint, the scripture Genesis 17:1-14 is the main reason it is practiced.

Circumcision was originally symbolic of man’s relationship with God, and was “a marker of difference” between the Jewish people and gentiles, Olson said.

The scripture reads that circumcision is a covenant Abraham must keep with God, as it’s the sign of said covenant, and “any uncircumcised male, who has not been circumcised in the flesh, will be cut off from his people; he has broken my covenant.”

Bollinger said “less than 1%” of individuals who are circumcised in America are Jewish or Muslim, and while it’s still important to spread the message to everyone, Intact America focuses on the other 99%.”

A friend of Bollinger’s — a Jewish doctor who wrote a book on the topic — argues that Jewish people will eventually abandon circumcision, Bollinger said.

In the public eye, circumcision is often seen as a necessary medical practice.

However, Katelyn Westgate, a doctor at IU Arnett, said circumcision is an “elective procedure.”

“There’s not necessarily a medical indication or medical reason to do it,” she said. “There’s lots of different things that kind of go into a parent’s decision on whether or not they want to do it.

“Some people will say that reduced risks of infection may be one reason why they choose to get it, but there are lots of other reasons like religious reasons. I get a lot of parents that say they don’t want their kids to feel different than the other kids.”

Bollinger said Intact America utilizes Qualtrics to survey individuals regarding their feelings about circumcision. A 2020 survey targeted at mothers who had given birth up to four years prior indicated that 78% of new mothers had their sons circumcised if health providers asked, compared to only 45% of mothers who were not asked.

“We asked them, ‘How many times were you asked about circumcision?’ and we found out that on average, moms are being asked eight times,” he said. “So that falls under the category of aggressive sales or coercion.

“You don’t ask for oh, do you want your son’s liver transplant today? I mean, it’s an unnecessary surgery. So even once is too much for us, but eight times, on average, is just horrendous. It’s a very effective sales tactic when someone in authority keeps saying ‘Do you want this?’ And so you cave in.”

Westgate said that before she comes into the delivery room, the nurses have typically already asked the mother if she wants her child to be circumcised, which usually happens “when she’s in labor, or when she first comes into the hospital.”

“The nurses give me a heads up and when I go see the baby for the first time I confirm with the mom that that’s what she wants to do,” she said, “and we have a conversation about circumcision, the risks, the benefits, how the procedure goes and the aftercare.

She said that the three main risks include infection, bleeding and damage to surrounding tissue, and while the risk is low, it’s “still theoretically possible.”

While Bollinger claims to have lingering mental health effects stemming from his circumcision, Westgate said she has never known someone to react to the procedure in that way.

“I have never seen an adult with PTSD from a neonatal circumcision,” she said. “Nobody has ever told me that they regret a circumcision.”

Whether the father is circumcised, as well as hygiene are the two main reasons for circumcision, and Bollinger calls the general claim that a circumcised penis can be kept clean more easily “bogus,” especially immediately after the procedure.

“You’re dealing with an open wound in a diaper,” Bollinger said. “And (with) feces and urine and the diapers rubbing on it, it’s really painful.

“In the first year of life, circumcised boys have about a 1% chance of getting a urinary tract infection. The intact boys, it’s 1.2%, so the absolute risk point is .2%. That’s inconsequential. But relative risk increases 20%, and that’s a really bad way of reporting it.”

The time of a circumcision can differ based on a multitude of reasons, Westgate said. IU Arnett uses a medication called lidocaine so that the baby doesn’t feel anything “sharp or cutting,” as well as a pacifier and sugar water to soothe them.

“My preference is always to wait until they’re at least 24 hours old,” she said. “There are some parents who are really antsy to get out of here, so every now and then I’ll do it a little bit earlier. And sometimes if there’s medical reasons why we shouldn’t do it right away, we will wait until they’re three to four days old.”

Bollinger said that in an age of “equal sexual equality,” it seemed “odd” to him that there were federal and state laws forbidding female genital cutting, but not male.

“Up until 1986, female genital cutting was covered by insurance in the state, and it was perfectly legal,” Bollinger said. “And earlier in the 20s and 30s, it was actually promoted. A lot of girls were getting cut at that time for the same reason boys were getting cut — hygiene, that sort of thing. And then that went by the wayside.”

Bollinger said his hope is to bring the issue of circumcision to a “tipping point,” after which it will no longer be a societal norm.

“After that, we know that it’s going to be a runaway train and we’ll be lucky if we can guide it a lot,” he said. “Because at that time, bigger fish are involved, including policymakers and legislators, maybe. We hope that we make some massive policy changes where boys aren’t being solicited ever.”

The ending of circumcision will allow boys to feel ownership over their bodies, Bollinger said.

“Your body is still yours,” he said. “It doesn’t have a big-ass scar around your penis — a guy’s favorite body part.”

Letter to the editor: Circumcision is an important issue

I’d like to say a thank you to those at The Exponent involved in publishing the story “Controversy over circumcision persists.” To some, this …