West Lafayette Mayor John Dennis issued an executive order this morning requiring citizens to wear face coverings while shopping at local businesses or gathering in dense public spaces, but it offers a host of exceptions that could complicate enforcement.

All citizens are required to wear a mask when "entering, exiting or waiting in line" to enter businesses, the order states, as well as when inside those businesses. The provision extends to city buildings, public transportation such as buses or other government vehicles and "a taxi or ride-sharing vehicle or any other vehicle for hire, even if the vehicle is privately owned."

The policy also applies in workplaces where 6 feet of distance from coworkers is difficult to maintain, the order states, such as with jobs in manufacturing, construction or agriculture.

Face coverings must be worn in any outdoor space where a person is unable to or does not maintain 6 feet of distance from others, excluding members of their own households, the order adds.

Businesses must mandate that employees, contractors and volunteers wear face coverings while interacting with the public, the order reads, at the threat of the city potentially revoking that business's license to operate in the event of noncompliance.

Individuals could be subject to fines of $100 for the first offense and $250 for the second should they fail to adhere to the guidelines, Dennis lays out in the executive order. The order goes into effect today.

Nearly a dozen exceptions are offered to the mandate, targeting scenarios in which a face covering might potentially endanger an individual but also including those in which the practice would be difficult to enforce or inconvenient.

Students, administrators and teachers in schools will not be required to wear face coverings, the order states. Exceptions are also made for diners seated 6 feet apart at restaurants, bars or cafes, whether they are seated inside or outside.

Other major exemptions include people inside religious facilities and individuals actively exercising in fitness centers. When outside and in a location where distance is ample, such as uncrowded public parks or paths, people are not required to wear face coverings.

Law enforcement officers and city officials are permitted to remove their face coverings when keeping them on would "interfere with or limit their ability to carry out their official duties or functions," the order states. Individuals complying with arrest or other directives from government workers are also exempt when a mask would inhibit compliance.

"Facilities owned and operated by the federal and state government are exempt from this order," the order states. 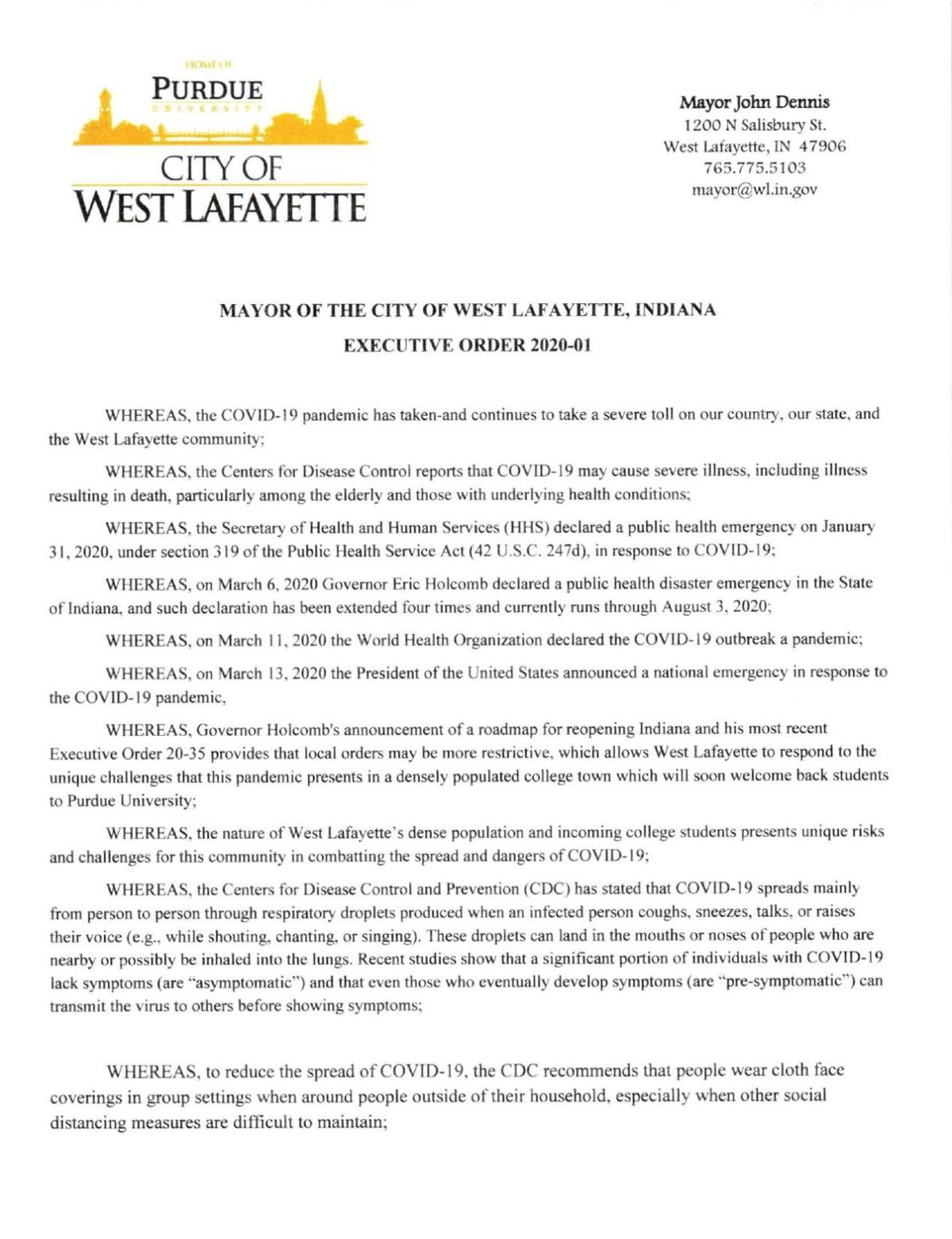