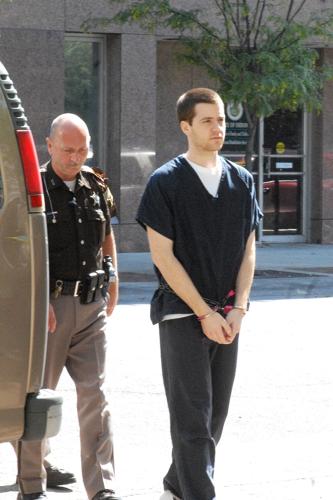 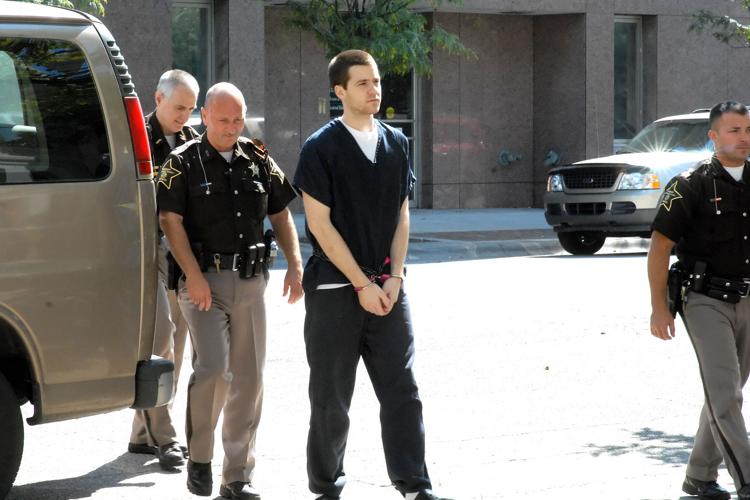 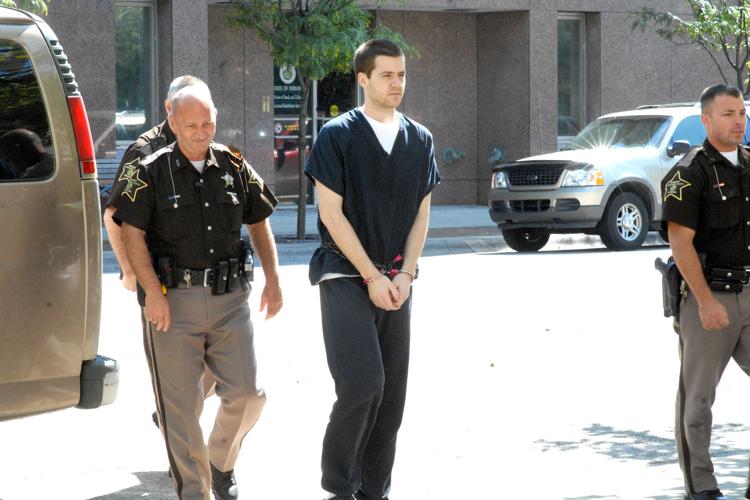 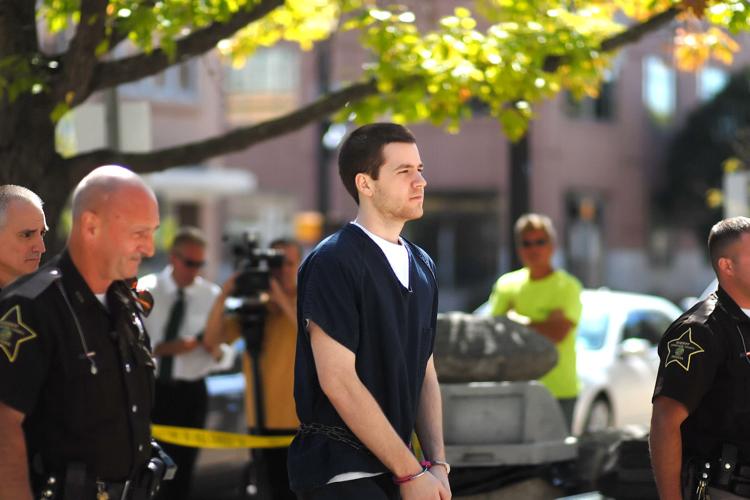 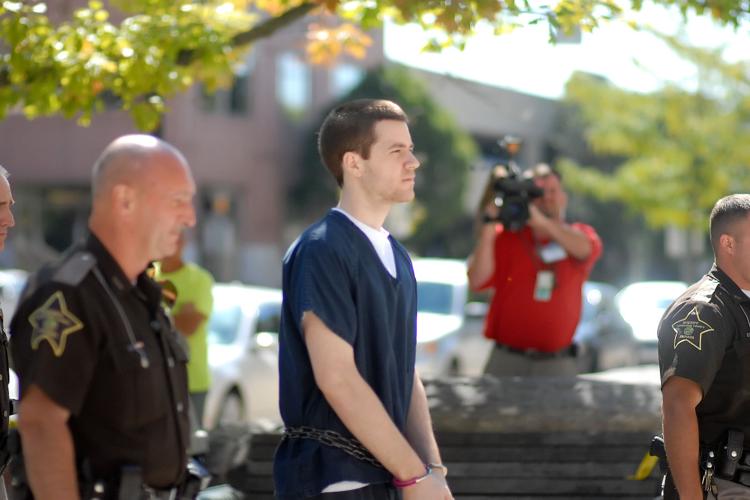 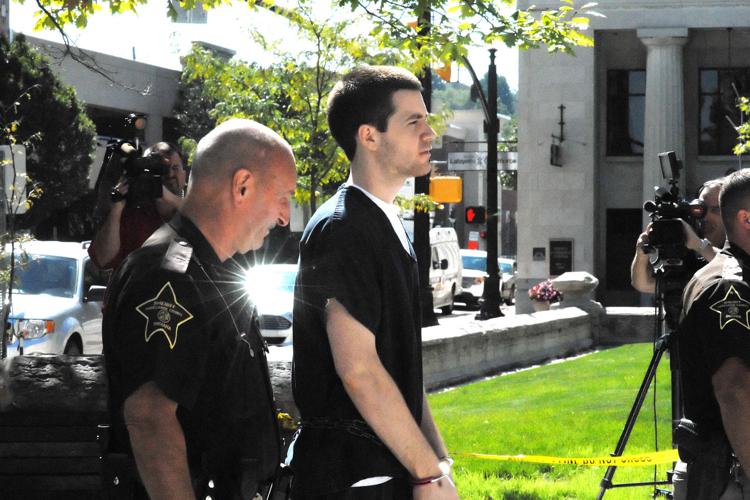 Mary Boldt walked determinedly to the stand, a stack of papers and a framed photo of her son in her hand and calmly poured herself a cup of water before sitting in front of her son’s murderer.

Around 50 people came to the final sentencing of Cody Cousins on Friday, all wanting to know the same thing: Why did Cousins, an intelligent young man, take the life of former Purdue University student Andrew Boldt, a virtuous peer, in January?

Mary breathed through her shakiness, her fury noticeably brewing just beneath the surface. Her letter began, “Mr. Cousins, did you even know my son Andrew?” She looked up from the paper and met the cold gaze of Cousins, a connection that was punctuated by an uncomfortable silence until he finally returned his glance to the front of the courtroom.

Mary continued asking Cousins questions, “What did he do to make you so mad?” “Were you stalking him?” “Who did you go to for support?”

Cousins returned his gaze to her face and clenched his jaw; a nerve had obviously been hit with the last inquiry.

Cousins had many opportunities to reach out for help. He even visited Purdue’s Counseling and Psychological Services department 17 times in the six months preceding the shooting. Unfortunately, their diagnosis of narcissistic personality disorder did little to help Cousins who, in the summer of 2013, began having manic thoughts that started to concern his mother who had him involuntary hospitalized near his hometown of Warsaw, Ind.

Cousins’ mother, Wendy Melancon, is a mental health professional, but her attempts to help her son were unwelcomed and rejected in most instances. When given medication for mood disorders, Cousins would begin taking it and his “bizarre thoughts” would ebb, only to stop the medication because he didn’t believe he was sick, according to Melancon.

Vernon Little and Steven Berger, court-appointed mental health specialists, analyzed and diagnosed Cousins with symptoms of schizophrenia and bipolar disorder, respectively, as an attempt to understanding Cousins’ state of mind during the time of the crime. Berger was of the opinion Cousins was mentally ill, but it did not play a role in the shooting of Andrew. Little, however, argued his mental illness had been present for some time leading up to the murder and it would be unlikely the events were not linked to his mental state.

Many in the courtroom agreed: the defendant was exceptionally intelligent. Cousins, though having been dropped from Purdue in the fall of 2011, was readmitted in 2012 where he made the dean’s list three out of six semesters while studying electrical engineering. His intelligence, unfortunately, was all-too apparent in the steps taken to murder Andrew.

Mary’s jaw clenched and her hands shook as she said, “I am keenly aware that that first gunshot did not kill my son. Mr. Cousins, you intended to make my son suffer before he died. How dare you? How dare you?”

The courtroom was completely silent for agonizingly long seconds and still no emotion could be seen on Cousins’ stoic face. Mary was demanding answers and until this point, no one had heard Cousins’ motive for the murder.

Her anger was warranted. Elmo Griggs, the pathologist who performed Andrew’s autopsy, said of the roughly 9,500 autopsies he has done, this was by far “the worst homicide (he had) ever seen.”

Griggs reported Andrew was found with five gunshot wounds and 19 stab wounds. The body also appeared to have been kicked several times. After hearing the horrific way in which his son committed the murder, Cousins’ father, Ernest Cousins, began silently crying while his daughter moved closer to the crook of her mother’s arm.

For the families, friends and students held captive in the basement lab of the Electrical Engineering building that day, the memory of the murder of Andrew will never lessen in severity. Of the 12 students present in the classroom, one left Purdue indefinitely and several changed majors to avoid entering the building again.

One student who was in the classroom and wished to remain anonymous at the hearing read a letter as a representative for the group. He said many had experienced recurring nightmares, lost hours of sleep, felt afraid in public or in their own homes, experienced a severe lack of trust in other people and had trouble concentrating on even simple tasks.

“For weeks afterward, I could see the pain of that day reflected in my classmates faces,” he said.

The student said he involuntarily thought about the murder 90 percent of the time he was awake and also said he felt uncomfortable around large computer equipment, meaning his major of electrical computer engineering caused him intense feelings of distress. After his testimony, he asked Judge Thomas Busch for the maximum sentence for Cousins.

Everyone, from Andrew’s family to Jean Morrell, his calculus teacher in high school, pled to Busch to ensure the maximum sentence.

Upon every cry for punishment, Cousins didn’t flinch.

After the testimonies, the defense was allowed a statement. The room was hushed wondering if Cousins would break his vow of silence to satiate the burning question on everyone’s minds.

Busch asked if the defense had prepared a statement.

“Yes, your honor,” came the voice of Cousins, a voice most had not heard before this point. “I have a confession to make. I lied to the doctors. I flat out lied.”

Cousins continued an eloquent and seemingly rehearsed dialogue admitting his lies to the many therapists and addressing his mother’s attempts to get him the help she thought he needed.

“My mother is a skilled clinician, except in the case of her son.”

His mental state was a point of contention between the two and after his hospitalization, contact was nearly non-existent between the family and Cousins. He spoke lucidly and clearly when he explained why he killed Andrew.

“I killed Andrew Boldt because I wanted to. In general, I do what I want and I deal with the consequences later.”

Tippecanoe County prosecutor Patrick Harrington, turned in his chair to glance at the stony face of a man who admitted to knowingly and deliberately killing in cold blood. The prosecutor’s wide eyes then closed as he shook his head in what one can only assume was surprise and disgust.

Busch took very little time in making his sentencing decision. Cousins was to receive the maximum punishment of 65 years in prison and was not deemed mentally ill. He stated because Cousins had refused help and treatment in the past, he clearly did not want said treatment and was not going to be required during his time in prison. Busch did say, however, if Cousins were to request treatment, it would be provided to him.

“Envy led to malice, malice led to hatred ... that’s not insanity. That’s not mental illness,” Busch said. “This was an act of terror.”

Just as quietly and calmly as he was led in, Cousins was cuffed and led out of the small courtroom. His statement of “That’s all I have to say, your honor,” hung heavy in the air.

Today, murder suspect Cody Cousins is attending a sentencing hearing for the murder of forme…