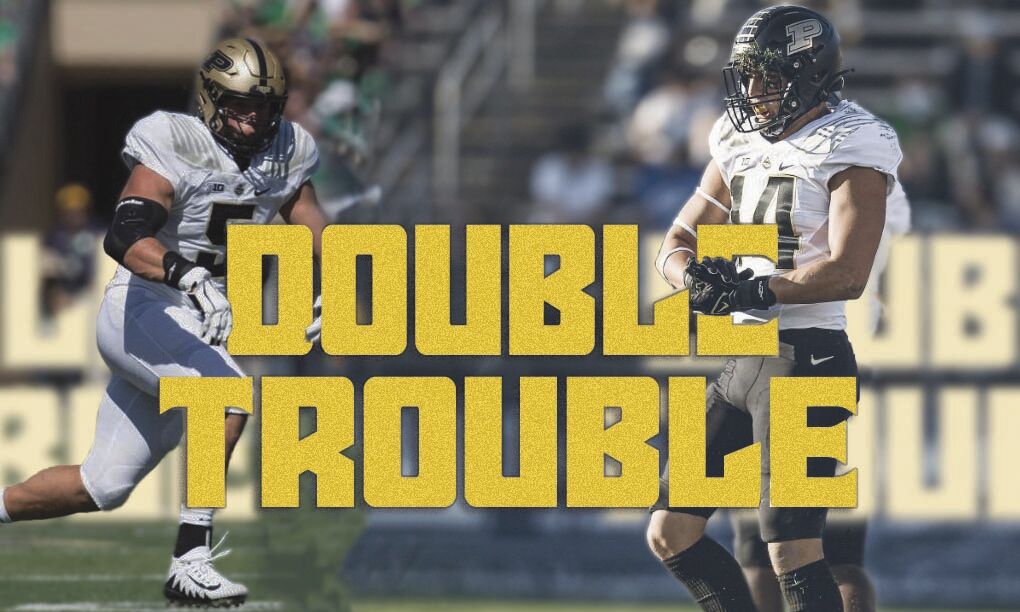 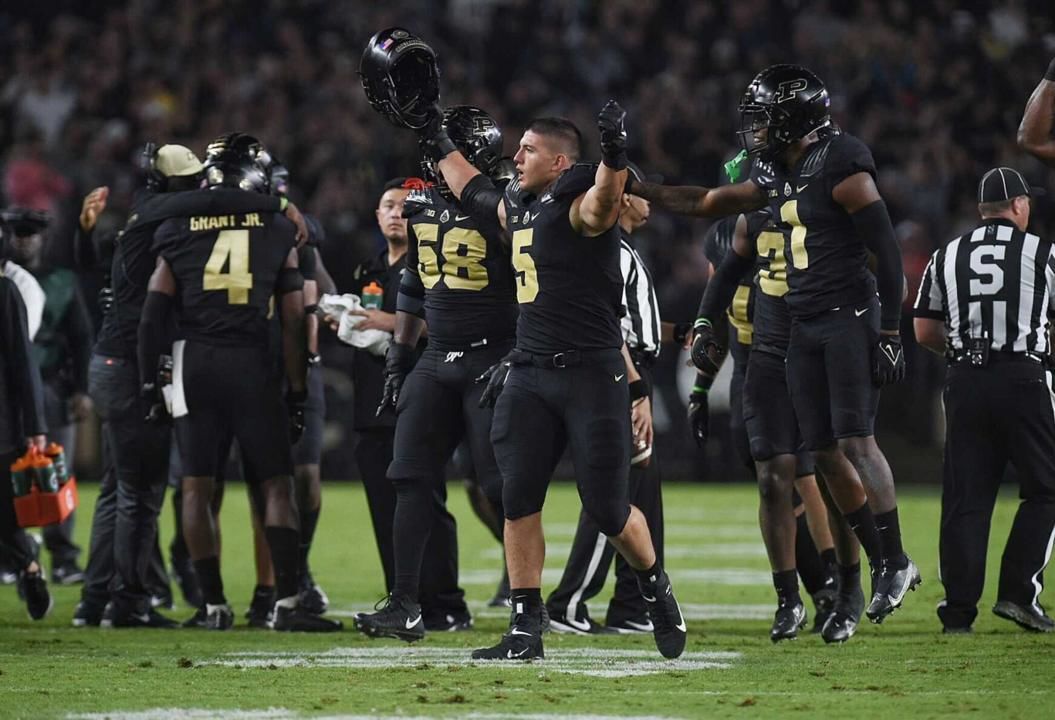 It only took one Karlaftis brother to put the attention of the Big Ten and college football world on Purdue with game-changing tackles for loss, strip-sacks and a hundred other reasons to have opposing quarterbacks constantly looking over their shoulder.

The addition of a second Karlaftis brother might keep it there.

Purdue fans were sent into a frenzy when freshman linebacker Yanni Karlaftis committed to the Boilermakers in early January, completing the duo of Greek-born and locally-raised defensive superstars. The two brothers tore up opposing offenses at West Lafayette high school, racking up an impressive 216 combined tackles and 69 combined tackles for loss in what would be now-junior defensive lineman George Karlaftis’s senior year.

Born in Athens, Greece, the pair grew up with month-long vacations to Paros, trips to West Lafayette and Purdue basketball games during Christmas time and the hustle and bustle of an area nearly half the population of Greece lives in.

Growing up in a bilingual household, the two siblings learned both Greek and English from a Greek father and American mother. Juggling learning the intricacies of both languages provided challenges for the junior lineman, ones he said he had to face without any guidance from older siblings.

“I had trouble learning how to talk when I was growing up,” George said. “It was different than most people for sure.”

Though the two speak more English in Indiana than they did in Athens, opportunities to continue practicing Greek were never in short supply when they moved to West Lafayette. Yanni’s Greek-born friends still speak with him in the language, while the brothers said they still manage to keep up with their grandpa in Greece through daily WhatsApp messages.

Whether big or small, changes came for the Karlaftis brothers when the family packed their bags and officially moved to West Lafayette, the home town of their mother Amy, in 2014.

“We didn’t really grow up as little kids riding our bikes around the big city,” Yanni said. “But when we moved here, it felt a lot more local and suburban. It’s definitely something we didn’t get to experience growing up.”

While there were plenty of barriers to cross when moving to West Lafayette, having spent time in the United States through Christmas trips and having their cousins in the school system helped them adjust to their new home. Switching to English almost full-time, adjusting to different teaching styles and making friends were some of their biggest challenges, George said, but it seemed an easier adjustment than most international students to the brothers.

Though already bigger and stronger than the players who would become his eventual teammates and rivals on the gridiron, football started as more of an afterthought for George. Their father, Dr. Matthew Karlaftis, stood out in the early 90’s as a javelin thrower and a football player for the University of Miami. George was initially deterred from playing football because his father suffered a severe head injury after his helmet came off during a game that required him to go through a 12-hour surgery.

Having been a judo world champion for Greece, Yanni said he wanted to continue playing more aggressive sports, giving him an easier time making the transition to football. It took the convincing of both Yanni and family members alike for George to finally don a West Lafayette uniform and dominate at the high school level.

Matthew Karlaftis still holds the fifth-farthest javelin throw in school history, according to the ASCE library.

For both George and Yanni, having the ability to play in their home town and the university both parents had studied already gave Purdue a leg up on other universities when it came time to recruit the brothers. Having head coach Jeff Brohm there, George said, was one of the key reasons the brothers committed to Purdue University.

“Coach Brohm was in the right place at the right time,” George said. “It was a recipe for success in my eyes.”

One commitment eventually led to another: Yanni’s already-strong connections to the program through George gave it more of a "family feel" than other universities. Going to Purdue basketball games before he committed, Yanni said, served as his introduction to the world of college sports and the fandoms behind them.

“I didn’t really have a (college) ‘team’ team growing up,” Yanni said. “If there was a team I had, it was Purdue basketball. As I grew, it really had a place in my heart.”

Football families don’t come a dime a dozen: While families like the Mannings or the Watts have made a name for themselves with multiple college and professional players, a family having more than one member play in college or beyond can be rare in any sport.

The Karlaftis brothers now join the ranks of elite football families despite having just started their careers less than a decade ago, and they get to do it together.

“Playing with George here has been really special,” Yanni said. “He has been able to show me a lot of stuff in my first year. I really look up to him.”

The brothers had not worked on the same sports when they grew up: George focused more on water polo, while Yanni worked more with judo. The brothers still found ways to compete with each other even as they were separated by different sports, though.

“Growing up, we would always find ways to fight,” Yanni said with a smile. “Our dad would say ‘I have to break you guys up, or one of you is going to kill the other.’”

No matter how competitive they got, the brothers’ bond and appreciation for each other never dwindled. It only finding ways to grow stronger as time went on.

Fans had their chance to see the brothers play alongside each other for the first time in an early-September match against UConn, a game that saw the Boilermakers beat the Huskies by a resounding 49 points. Though it was George that usually found ways to dominate opposing offensive lines, Yanni stuffed the stat sheet and gave Huskies quarterback Steven Krajewski an even tougher time on the field.

The freshman linebacker would end with four solo tackles, two pass deflections and three quarterback hurries in what would hopefully be one of the first of many appearances the linebacker will get to see alongside his potentially NFL-bound brother.