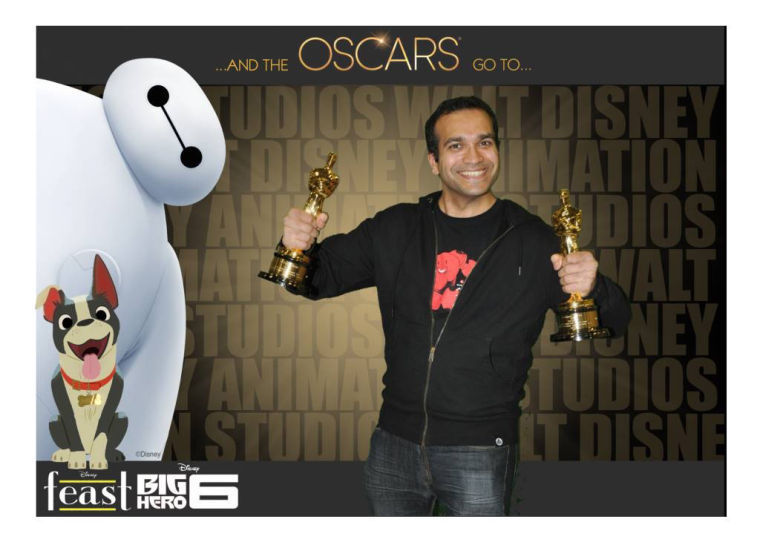 Norman Joseph, a 2013 graduate of the College of Technology, poses with the two Oscars his team won for "Big Hero 6." 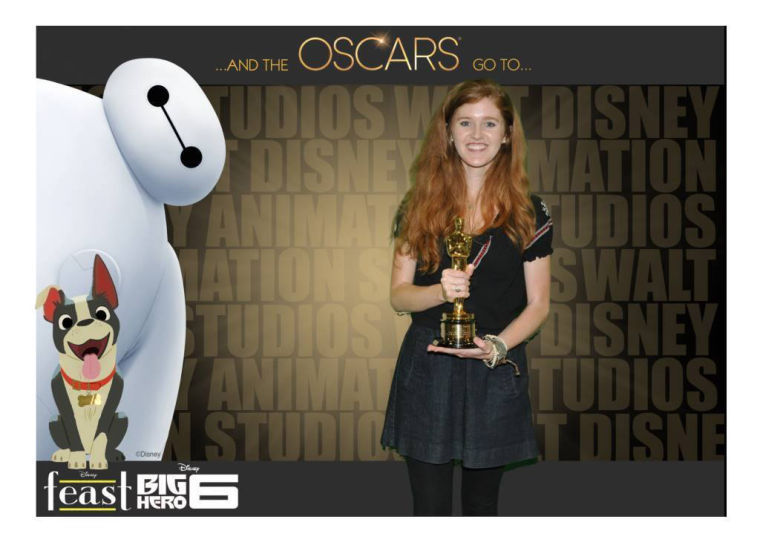 Kaileen Kraemer, a 2013 graduate of the College of Technology, poses with the Oscar that the "Big Hero 6" team won for Best Animated Feature.

Norman Joseph, a 2013 graduate of the College of Technology, poses with the two Oscars his team won for "Big Hero 6."

Kaileen Kraemer, a 2013 graduate of the College of Technology, poses with the Oscar that the "Big Hero 6" team won for Best Animated Feature.

Tyler Kupferer, a 2008 graduate of the College of Technology, also worked on animation for Big Hero 6.

Some Purdue alumni who are employed at Walt Disney Animation Studios were involved in making “Big Hero 6,” the film that won an Oscar for Best Animated Feature at the 87th Academy Awards ceremony this year.

All three were very excited and grateful to have their hard work honored with such a prestigious award.

“It’s an amazing feeling to know your hard work was accepted and appreciated,” said Norman Joseph, who received his master’s degree in computer graphics technology from Purdue in 2011 and is now a technical director at Walt Disney Animation Studios.

Joseph said he was not surprised that the film won the Oscar.

Kaileen Kraemer, who received her bachelor’s degree in computer graphics technology from Purdue in 2013 and is an assistant technical director at Disney, was not as confident.

“No, I didn’t (expect it to win),” she said. “It was a tough year and pretty cutthroat between all of the nominees at the previous award shows. I was sitting in a big theater full of coworkers and right when we heard the word ‘big’ we immediately stood up, disbelieving ... Considering all of the breakthrough technology that was used to make the film, I am glad it won.”

Some of the new technology created for the film was used to create a complex setting for the movie and lighting that more closely resembles lighting in the real world. It also allowed them to create completely unique characters for crowd scenes, so no two people in the movie are the same.

“It feels pretty great,” she said. “We weren’t really expecting it to happen. I think everyone’s in high morale. Winning an award as part of a group feels pretty good.”

Of course, a job at Walt Disney Animation Studios and a chance to achieve something like this does not come easily. All three worked hard to get where they are today.

“I did a lot of jobs. I interned a lot for companies in Indiana,” Yun said.

She explained that she applied for an internship with Disney, even though she was not really expecting to get it. While doing the internship, a job opened up, and she took the initiative to apply for it.

“They still have me here,” she said. “But it’s not like I just applied and it worked out. It’s a long-winded process.”

Despite the work they all had to put into getting to where they are today, it is safe to say that they all feel it was worth it.

“Animating in some way, shape and form has always been my dream job,” said Kraemer. “The real clincher was when I was six; I found out that the environment in ‘A Bug’s Life’ was not live-action, but created with computers. I was floored. I basically then pondered this until, eventually, I learned how computers can help bring artistic vision to life.”

Joseph’s career achievements are even being honored by Purdue. Next month, he is receiving the Early Career Award from the College of Technology.

“I actually had to read the e-mail two times to understand that they had chosen me,” he said. “I was very happy when I found out.”

All three have advice for current students who may want to pursue a similar career path.

“Whether you want to become an animator, software engineer, concept artist or producer, it is important you have a strong and always growing understanding of the technology that goes into creating these films … These films are so dependent on the software the filmmakers use,” said Kraemer. “If you are lost and aren’t currently taking programming courses, simply start with websites like codecademy.com to start learning how to program. Absolutely anyone can learn how to program, and nobody has an excuse not to with all the free, credible resources out there. Make this career goal your priority and take advantage of what is already established at Purdue. The Purdue SIGGRAPH (Association for Computing Machinery’s Special Interest Group on Graphics) chapter folks meet weekly to geek out about this stuff, and would be happy to have you join.”

Yun explained that it is important to take the initiative to seek out jobs and opportunities that you may not have known about otherwise.

“There’s a lot of jobs that you’ve never heard of that might be very interesting to you,” she said. “Go to conferences. See what others do … You kind of need to take a step forth.”

Sometimes you have to take a step right out of your comfort zone.

“If you really want to do something, take the risk,” Joseph said. “You will only have fun in life if you enjoy what you’re doing.”