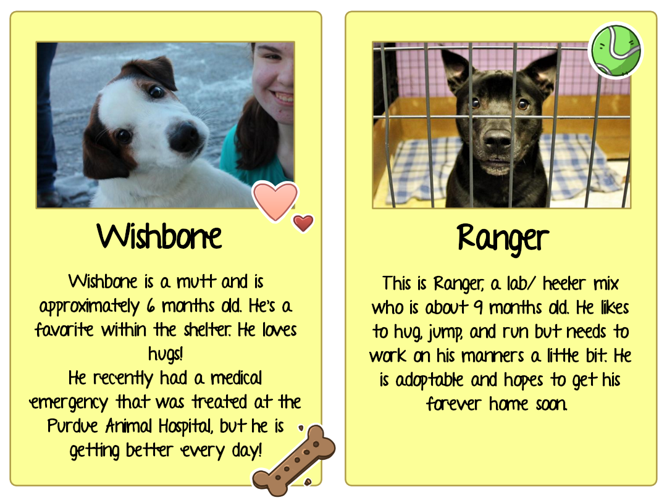 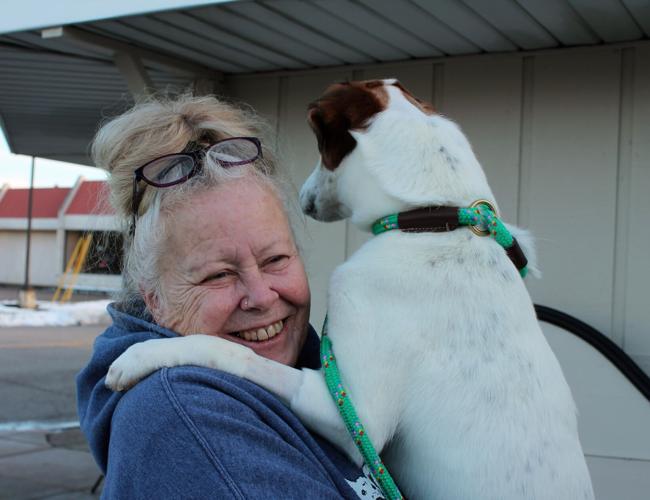 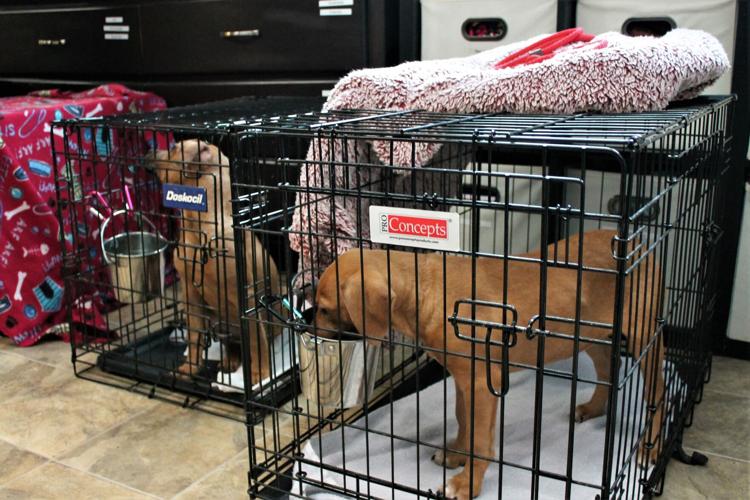 One puppy drinks while its sibling watches volunteers work. 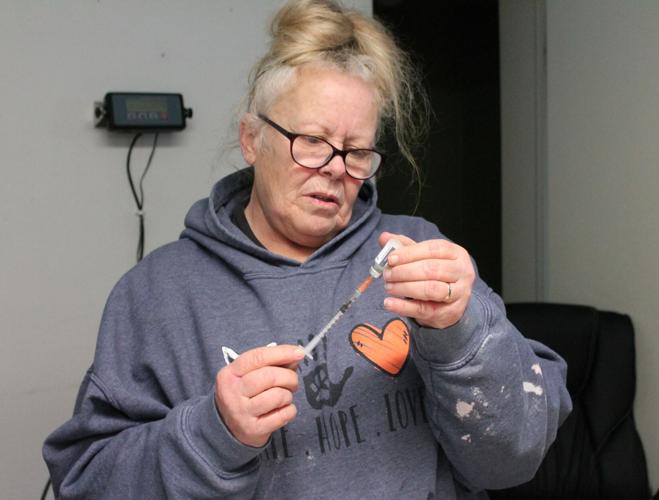 Jackie preparing a vaccine for a foster puppy.

One puppy drinks while its sibling watches volunteers work.

Jackie preparing a vaccine for a foster puppy.

Amid a new litter of puppies commanding attention from their pen, the bustle of volunteers taking dogs on walks, potential adopters coming in and mama dog, Ellie, demanding to be let out, Jackie Becker manages the chaos with a smile and pets for all the dogs.

Becker, the executive director of Natalie’s Second Chance No Kill Dog Shelter and a former Lafayette police officer, took over the shelter in 2016, when the former director retired to spend time with her grandchildren. After spending 30 years with the LPD, Becker said she retired and was invited to join the shelter because of the work she did with her other rescue, Two Bitches Rescue.

“My passion has always been animals,” she said. “I’m an old farm girl.”

Two Bitches Rescue specializes in working dogs like German shepherds, and works on rehoming them, instead of sending them to shelters.

“I’m Bitch one,” Becker said with a grin, referencing the name.

Becker said she was willing to do whatever it took for her dogs, including sleeping in the shelter during the snowstorm in the first week of February.

“Me and a couple of volunteers just kinda camped out here,” she said, “making sure the dogs were safe and not scared.

“This isn’t a job, but it’s just as much, or more, demanding emotionally and physically.”

Natalie’s Second Chance accepts dogs from any background: strays, surprise litters or surrenders from previous owners. A shelter is considered no-kill if it places 90% of the animals that come into its care, according to the Animal Humane Society. At Natalie’s, dogs are cared for by volunteers and employees that aim for every dog to be placed in a happy new home, according to its website.

With 25 dogs putting the shelter at full capacity, and more always coming in, the permanent staff works hard to make sure all the dogs’ needs are met. Each dog is given its own kennel with towels or blankets and enough room to move around, Assistant Director Saundra Rice said.

However, both directors say they believe the facility is lacking. It just doesn’t offer enough space for everything, Rice said. Some dogs share a room with washing machines and their grooming station inside the building.

“We need green space, so when we don’t have volunteers, the dogs still get walked,” Becker said.

The shelter building, which Natalie’s rents, gets little to no help from the owners, Becker said. Pointing out leaking floorboards and cracked windows, she said it was “a miracle” the shelter wasn’t flooded.

“We’re sharing the space with cockroaches,” she said.

The shelter has few full-time staff members, so it needs volunteers to walk, socialize and play with the dogs. Purdue students involved in Greek life, service clubs like Pet-a-Puppy club and individual students make up the majority of their volunteers.

“If we get eight volunteers, it’s a lucky night,” Becker said. “I rely heavily on my students.

“The biggest struggle is when you guys are gone.”

John Law, a sophomore in the College of Engineering, came with a couple of his fraternity brothers to walk the puppies on Friday.

Law, the service and philanthropy chairman of Beta Theta Pi, said the fraternity chose to do their community service at the shelter.

“We wanted to go out into the community and do something,” he said. “College students are stressed and taking care of dogs helps.”

While it was Law’s first time coming to the shelter, fellow fraternity member Charlie Thrift had been there before.

“We had to sign up three weeks in advance, and I was pretty quick to sign up,” he said.

Thrift, a sophomore in the College of Science, said nearly 18 members of the fraternity signed up to take shifts, which would stretch over the next three weeks.

Each dog is different, Becker said, and how long each dog is walked can vary.

“I usually tell them to let (the dogs) set the pace (when they’re walking),” she said. “Some dogs will walk the full mile, but others don’t want to do it.”

She also said the age of the dogs comes into consideration, especially since some of the younger dogs chew on the leash, and the volunteers, when teething.

“This is just from playing,” she said, pointing to bite marks on her arm. “(Otis) is a sweet puppy, but sometimes he doesn’t know how strong he is.”

Otis, a one-year-old pit bull mix, is listed on the shelter’s website as adoptable and as having “a few quirks that would need a dedicated human to help me work through.”

Running a dog shelter isn’t without its downsides. Since the facility is only a few minutes drive from Purdue’s main campus, Becker said they rely on Purdue’s Small Animal Hospital for veterinarians and emergency medical situations. She said having the hospital so close was “a lifesaver,” especially for one of her dogs, Wishbone.

When six-month-old Wishbone’s health started declining, Becker had to rush him to the hospital, where they determined he had a lesion, indicative of inflammation or infection.

“We are extremely grateful to have Purdue in cases like this,” she said.

Wishbone is expected to make a full recovery, and the volunteers now make fun of the little shaven patch on his head where the MRI was taken.

The shelter also has a vet that comes in every day. All additional vaccines and shots, with the exception of rabies shots, are administered by the shelter, Becker said.

“We can’t administer rabies shots because they have to be given by the vet,” she said.

For people trying to adopt a dog, the process at Natalie’s is much longer than at other shelters. It starts with an application to get to know prospective adopters better.

“It’s a lengthy application, and it asks a lot of personal questions,” Becker said. “I have to protect my dogs.”

After applications are reviewed, applicants are given a chance to interview over the phone. If other pets are in the home, someone can bring the prospective adoptee to see how well the animals get along. There is also a home visit so that they can be sure the dog will be safe and cared for.

Becker said the shelter doesn’t hesitate to reject applications if home conditions aren’t up to their standards.

“I am not afraid to get in my Tahoe and come get my dog back,” she said.

To Becker, helping people find the dog for them makes the trouble worthwhile.