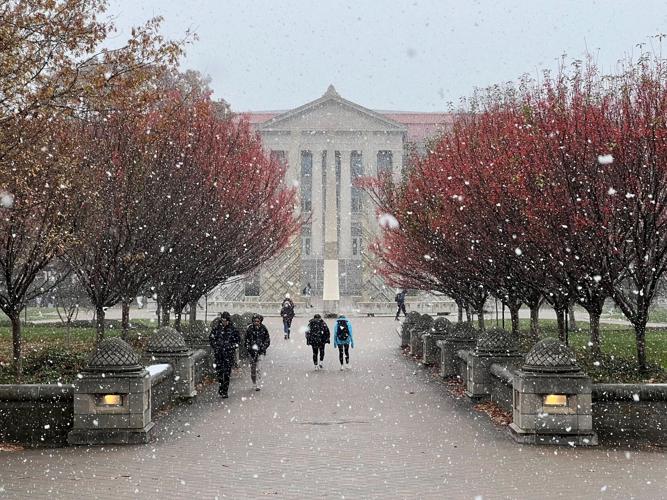 At a perfect 32 degrees, snow falls heavily outside Hovde Hall of Administration. 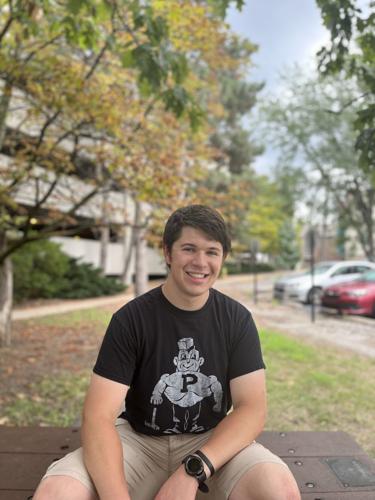 I have been a resident of the “Armpit of America,” more commonly known as Indiana, for my entire life.

So, like the Farmers Insurance commercials, you would think that I know a thing or two because I’ve seen a thing or two. But, that is where you are wrong. Oh, so wrong.

The most terrifying sight for me is when the weather forecast says there will be substantial snow or icy conditions.

When the first snow falls, one thing is guaranteed: the return of the ice polishers. Do not get me wrong, these machines are efficient for clearing the snow, but as the name implies, it leaves the underlying ice nice, shiny and slick.

After seeing the ice polishers for the first time as a freshman with their enormous, cylindrical brushes that whisked the snow effortlessly away, I believed that because the snow was gone, the ice would be too.

However, the ice polisher brushes are unable to scrape the ice frozen to the ground, a revelation I only discovered after falling on my back and bruising most of my body.

But there is some good that comes from these wretched machines. Since most freshmen have never seen these machines before in their lives, they are unaware of what they are capable of doing to them.

It is always fun watching a freshman going about their day and suddenly and unexpectedly finding they are now on a date with the pavement. Witnessing these unexpected meetings brings a smile to my face and makes my day all that more better.

Skip forward a year, and I am now challenging both death and gravity by wearing a heavily worn pair of boots. The soles have less traction than a drag tire in monsoon conditions, and are balder than Mitch Daniels’ beautiful head.

It is always a thrill trying to rush to a 7:30 a.m. class wearing those boots and praying to my beloved Purdue Pete that I don’t slip and die and end up taking the Boilermaker Special into the afterlife.

As Indiana weather is more temperamental than a 100-level professor, there is both cold and hot weather and I know the heat side all too well living on the top floor of an air conditioning-less dorm.

I knew I was going to be subjected to the heat. However, I failed to remember heat tends to rise. So, a fourth floor room would essentially be an oven. For around a month and a half, the room averaged around 85 degrees, with a peak temperature of 91.7 degrees.

Despite hating the heat with the passion of a thousand suns, I wouldn’t swap it for the alternative.

Snow, ice and cold are the three reasons I believe I am living in my own version of purgatory. I don’t know what evil I have committed to deserve such a punishment, but I guess it could be worse. I could be stuck in Ohio or New Jersey.

At least I can take comfort in knowing that the snow and cold here in Indiana will only last until May. Then I can go back to sweltering and wilting in 90 degree heat with 100% humidity.

It sounds like paradise when the forecast says it is only going to be a high of 5 degrees.