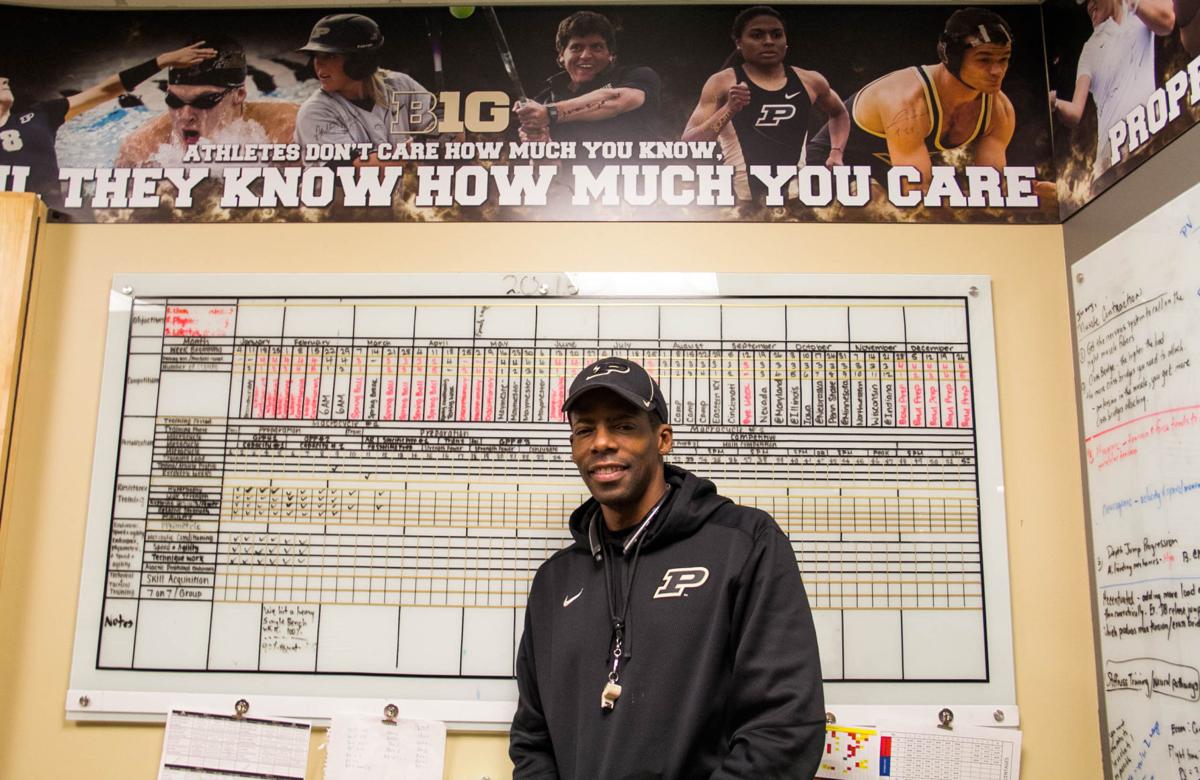 Duane Carlisle poses for a picture at his office in front of his favorite quote on Tuesday at Mackey Arena. 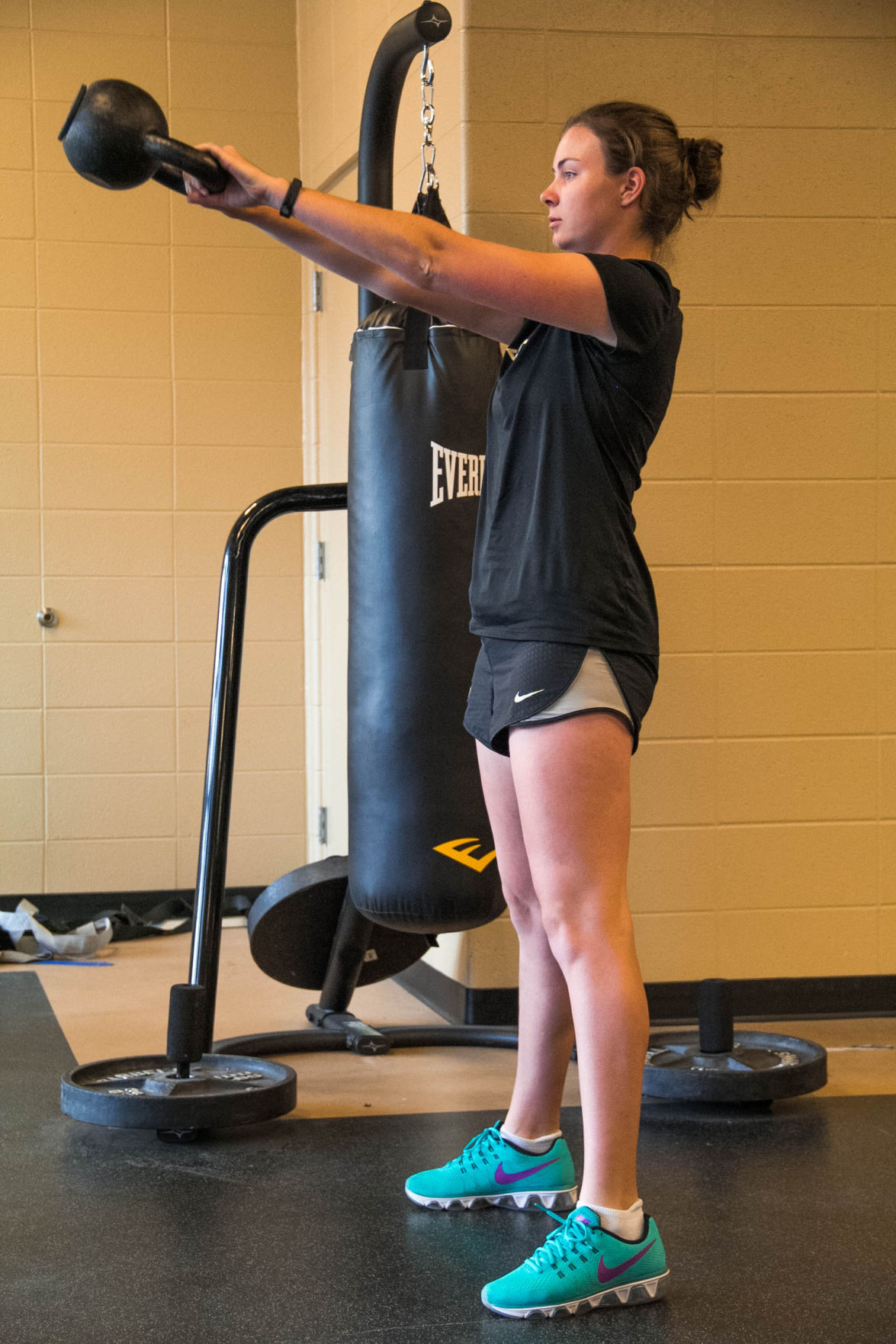 A tennis player works with a weight at Mackey Arena on Tuesday. 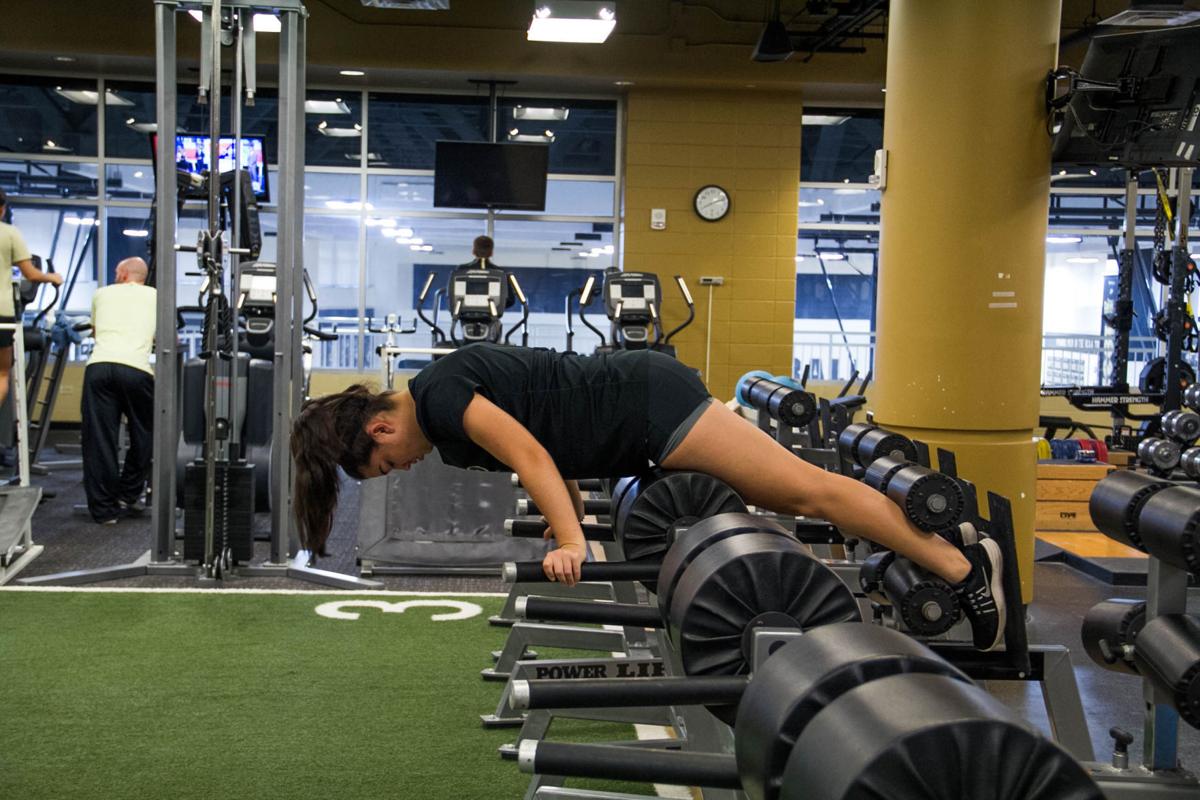 A Boilermaker athlete exercises on Tuesday at Mackey Arena.

Duane Carlisle poses for a picture at his office in front of his favorite quote on Tuesday at Mackey Arena.

A tennis player works with a weight at Mackey Arena on Tuesday.

A Boilermaker athlete exercises on Tuesday at Mackey Arena.

Unbeknownst to most, Duane Carlisle has transformed the sports performance department at Purdue into one of the leading sports science labs in the country, and he’s just getting started.

It’s 5:45 a.m. on a Friday and while most struggle to drag themselves out of bed, Carlisle is hopping around Mollenkopf in anticipation for his first group of athletes. He’s been at work since 5 a.m. to prepare for the busy day that lies ahead.

He walks into the main gym and flips on the music. It’s empty for now but a raucous group of football players will burst through the door shortly. Even though it can seem chaotic from the outside, there is a method to the madness in Carlisle’s department. Players know their own training programs and get right to work once they show up. Their plans include individualized modifications for previous or recovering injuries and specific offseason goals.

This morning in Mollenkopf, Grant Geib, one of Carlisle’s closest associates, is also ready to get to work with football players.

The players straggle into the gym looking groggy (it’s about five minutes before 6 a.m.) and start to joke among themselves. As the second hand hits 12, a blaring noise erupts from the TVs hanging from the pillars in the gym. Like clockwork, the players turn to face the screens. This morning a pump-up video with clips from war and combat fill the TV and an aggressive voice shouts out commands telling players about the sacrifice in sweat equity they need to put in. After a couple of minutes the video fades to black and a final message is delivered over the speakers: Welcome to the grind.

The video did its job.

Carlisle walks around fist-bumping all the football players as he heads to the indoor 92,400-square-foot turf field to check on the wrestlers, who are days away from beginning their season.

He usually arrives an hour before the players start their lifts to prepare the staff and plan out his day ahead. The workout plans vary for each sport so he relies heavily on his associates to design and execute his vision for each team.

“I’m only in my fifth year here and I’ve grown tremendously under him,” said associate trainer Wally Becker.

Every week he hosts a “huddle” with his associate trainers to expound on new ideas both about training and just about growing as individuals. His associates are eager to learn new things from him because Carlisle is a wealth of information.

Before building the sports performance department from the ground up at Purdue, he was the head strength and conditioning coach for the San Francisco 49ers. He also turned a successful private gym into a training ground for Division I college and professional athletes. The breadth of knowledge and experience that Carlisle brings to the table gives the work he’s trying to accomplish in West Lafayette instant credibility.

Carlisle has brought extraordinary changes to the department since he showed up. His vast knowledge and connections in the sports science industry allows him to bring the best new technologies straight to Purdue’s student athletes. Carlisle has emphasized a new type of training style called “velocity-based training” to help athletes improve their strength.

Simplistically, VBT moves away from the traditional weightlifting regimen and focuses on bar speed. It’s no longer just about how much you can lift, but also about how fast you’re lifting. In many cases, it can be more effective to use less weight but complete sets more efficiently, rather than struggle to complete a single set with heavier weight.

Carlisle’s closest aide, Christina Specos, who has worked with him for more than a decade, finds this method of training useful when she works with teams such as women’s basketball and volleyball. She uses machines called Tendo Units that easily attach onto machines and barbells and read off peak and average velocities.

Her goal is to use the information she gathers from the Tendo Units to adjust workouts on the fly. If an athlete’s productivity decreases significantly due to any number of external factors (body stress, school, etc.), she can adjust the workout immediately to maximize their output for a certain session.

Boise State dealing with rare issues running the ball and stopping the run: 'It's not the standard'

Sean Payton: 'No way' Saints will be without all their coaches again vs. New England

She uses it as a tool to relate to athletes and show them where their output level is compared to where it should be. Even though it can be useful for motivation, the key to using these new devices is collecting data. After using the Tendos to gather the data, Specos can show her athletes trends and progressions to make them more aware of their growth.

Becker, who works with track and field and women’s soccer, says Carlisle is always open to incorporating new ideas and technologies. His primary use of technology revolves around tempering his workouts to balance with players’ practice workloads. For example, he can ease up or strengthen specific workout programs depending on how intense or relaxed that week’s practice has been.

How he measures the workloads depends on the sport.

With the women’s soccer team, Becker relies on a Polar heart rate monitor to understand the level of exertion the girls have been through during a week of practice or during games. This system records information through a strap that the players wear while on the field. The strap compiles information about the “training load” of that specific player by analyzing heart rate response and how much pressure was exerted on their bodies. Becker has the ability to look at this information in real-time to make sure he is pushing his athletes just the right amount.

For basketball he’ll use a GPS tracking system called Viper made by STATSports to track essentially every moment that a player spends on the court. STATSports products are used in a myriad of professional leagues by teams like the Chicago Bulls, Washington Wizards, FC Barcelona, Arsenal F.C., Carolina Panthers and the Cincinnati Bengals. The players wear a thin, padded vest with a computer chip nestled in the back that continuously records data for the duration of a practice or game and the Viper software will store data such as distances, stressful (high-speed) running, and accelerations. For the Purdue basketball team, the primary focus is to use the data collected to manage fatigue. The trainers will select a few metrics, from the vast array collected by Viper, to analyze and will amend the workouts for specific players that seem to be overworked.

Becker believes these technologies can be instrumental in optimizing player output — if used properly. With the amount of data that is being collected, it can be easy to misinterpret and do more harm than good for a player. The next step for the department could be hiring a full-time professional to work with the collected information. That level of specificity isn’t available yet at Purdue, but it’ll be here sooner rather than later.

While in years past, trainers would have relied on verbal feedback to determine how stressful an athlete’s body felt after training, Purdue’s sports performance department now has the ability, using these technologies, to accurately predict how an athlete’s body will react after training. This is not only a huge step in enhanced performance on the field, but also crucial in preventing injuries and prolonging athletes’ careers.

One of Carlisle’s signature accomplishments in building this department has been establishing a full nutritional staff. Led by Director of Sports Nutrition Lauren Link, a former Purdue soccer player, the nutritional staff has found a key supporting role in the success of the sports performance department. On a large scale, they sponsor workshops and visit all the teams throughout the year emphasizing and recommending healthy food habits. But that is just scratching the surface of their full operations.

They have set up refueling stations all across athletic facilities for players to use and get solid nutrition before, during and after training. The most popular one is located in the Mollenkopf weight room where, throughout the day, a stream of players come by and grab healthy snacks and replenish with energy drinks and protein shakes. They are the one-stop shop for healthy foods.

Head baseball coach Mark Wasikowski, who was hired from Oregon just this summer, immediately recognized the value in having a full-time department dedicated to sports performance. He marveled at the level of specificity that they were able to achieve in designing individual programs based on positions, roles, body mechanics, and injuries.

“Everyone has their own program. Everything is tailored for each athlete,” said Wasikowski.

In Wasikowski’s eyes, the combination of sports performance and Link’s nutrition department provides a great tool for recruiting.

“Huge selling point! Those are hit on hard in recruiting,” said Wasikowski, “asking, ‘Why Purdue over somewhere else that may not be in the Big Ten?’ Well, that’s one heck of a reason why.”

Duane Carlisle is the director of sports performance at Purdue.