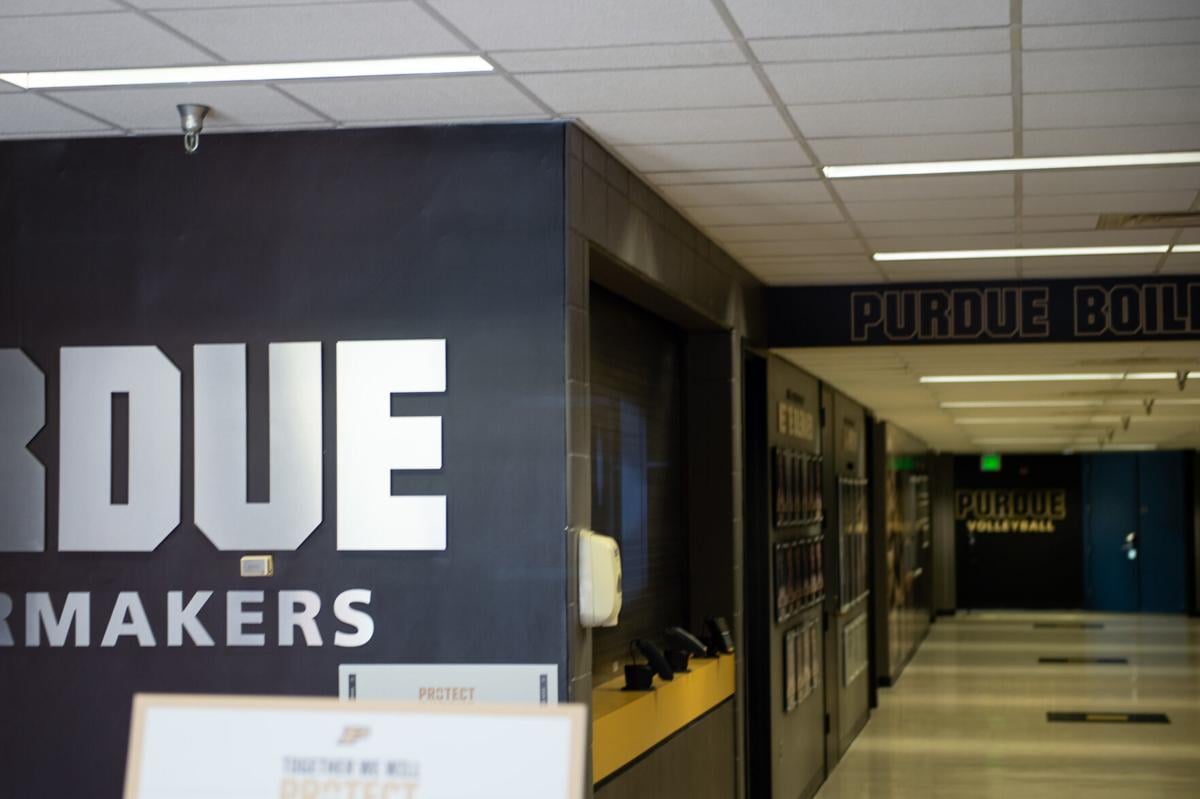 Holloway Gymnasium, which would usually be full of service staff, is now empty due to the cancellation of fall sports. 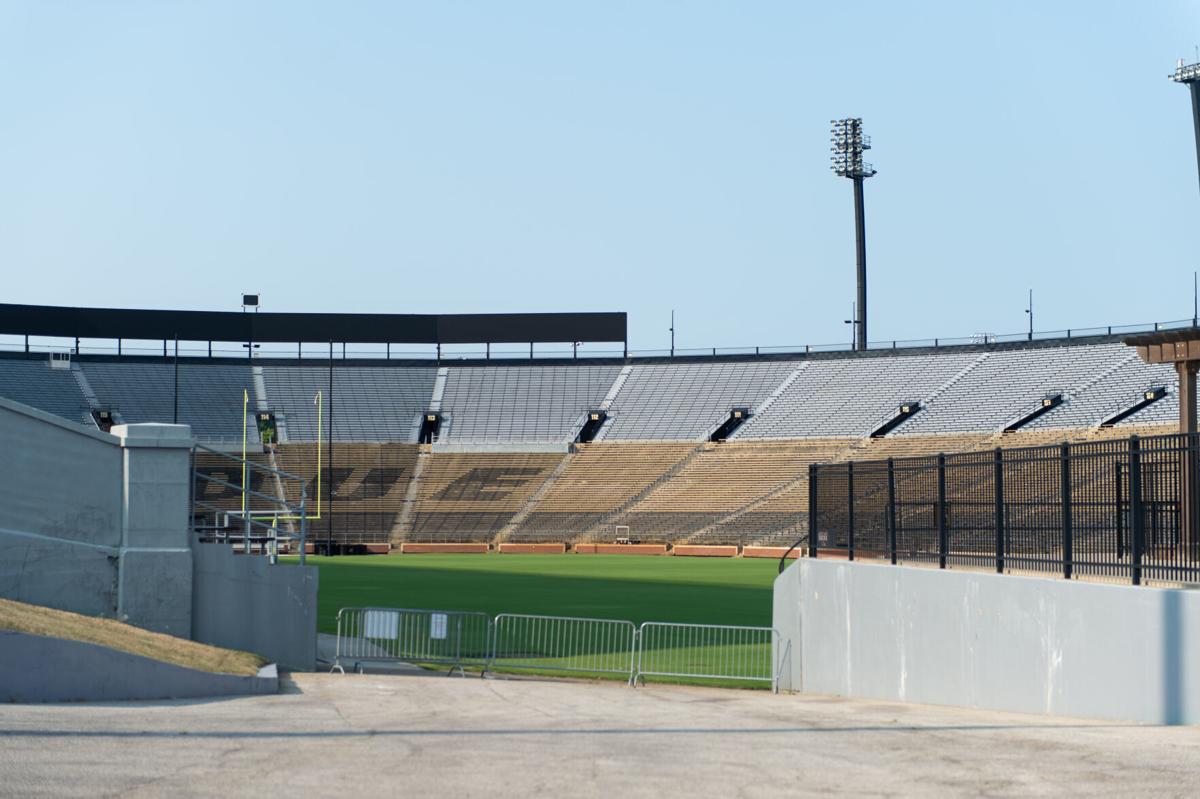 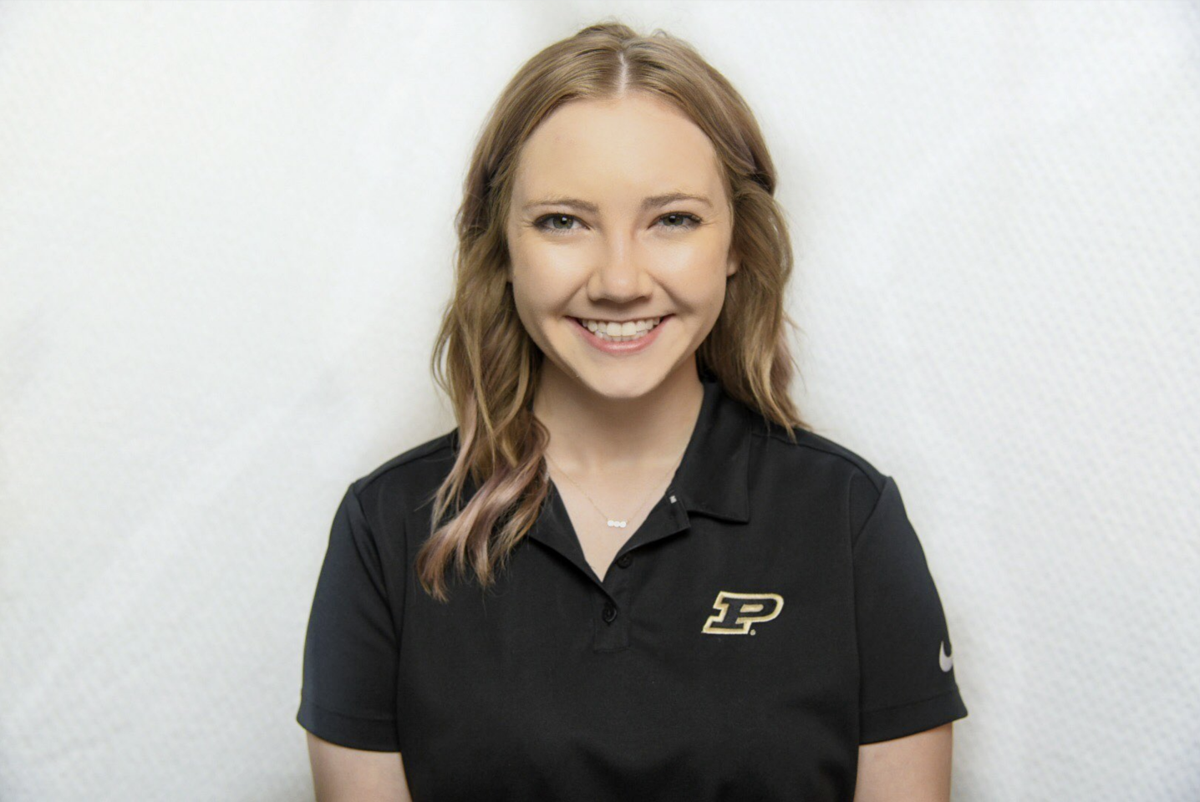 Dalani Young, a senior in the Colleges of Health and Human Sciences and Liberal Arts, worked for the Exponent as a photographer before becoming a photography intern for Purdue Athletics.

As the sports world continues to be gutted by the coronavirus, some Purdue Athletics employees will be out of work too, according to a press release.

Despite some of Purdue’s highest paid coaches taking 20% salary cuts to hedge the loss of sports revenue this fall, “all other Purdue Athletics staff will be impacted by either reductions of force, furloughs, reduced schedules or salary reductions ranging from 5% up to 50%,” a Tuesday press release said.

This line near the bottom of the press release might critically affect a large number of workers, but the athletic department’s statement did not specify which positions might face the brunt of the budget cuts.

Dalani Young, a senior at Purdue and former Purdue Athletics photography intern, is in one of those positions.

Young said she was given no work or pay one week before classes began.

“(My boss) didn’t put a label on it, but basically the conversation was that they don’t have the money to keep paid interns,” Young said in a Twitter direct message. “We could choose to work for free, but right now he’s not even sure what he would even have interns do.”

This would have been Young’s second year working as an intern for Purdue Athletics.

“Not only did I love sports photography and working for the university, but it was a big way for me to pay my bills,” she said. “I’m not sure if my position will continue due to this announcement and if it doesn’t, I will have to look for another job.”

When asked what interns might be paid to do this semester, Kassidie Blackstock, associate athletics director for strategic communications, said she was unaware the department had interns on its payroll.

Tim House, director of the John Purdue Club and senior associate athletics director, said it isn’t unusual for interns to work as volunteers, which is now the only option for them.

“Interns are a year-to-year position for us,” House said, “so we still have student-workers who are volunteers.”

Driving for 6: Football-minded questions are back

Blackstock emphasized that “decisions have been made” regarding pay and work reductions, but did not provide details when asked what employees will face varying degrees of financial hits.

“I can’t really speak to specifics,” Blackstock said. “That was just where everything could fall.”

House said those decisions were made based on “people’s ability to impact both our student-athletes and our ability to generate revenue based on their role.”

“Everyone falls somewhere on that spectrum, and all decisions were made based on people’s ability to impact that spectrum.”

Neither Blackstock nor House could provide detail on how long furloughs would last, other than the fact that returning employees will be handled on a case-by-case basis.

Young said she was not told how long she would be out of work, but may not return regardless. She plans to graduate in December and leave campus.

Since photography interns and people in similar roles will have fewer work assignments this fall sports season, House said the employees who are retained will see a shift in their job focus.

“Right now, we don’t have competitions to promote,” House said. “Everybody that I can speak to (is) focused a lot more on helping the John Purdue Club and raising money right now than they normally would be.”

Tim House co-founded the More Than A Game campaign with Athletic Director Mike Bobinski as a way to generate revenue for the Athletics Department in light of the lack of fall sports revenue. While advertised as predominantly in support of student-athletes, House described the More Than A Game initiative as a “catch-all” fund.

He did not specify how funds will be allocated between furloughed and pay-reduced employees and other areas of the department.