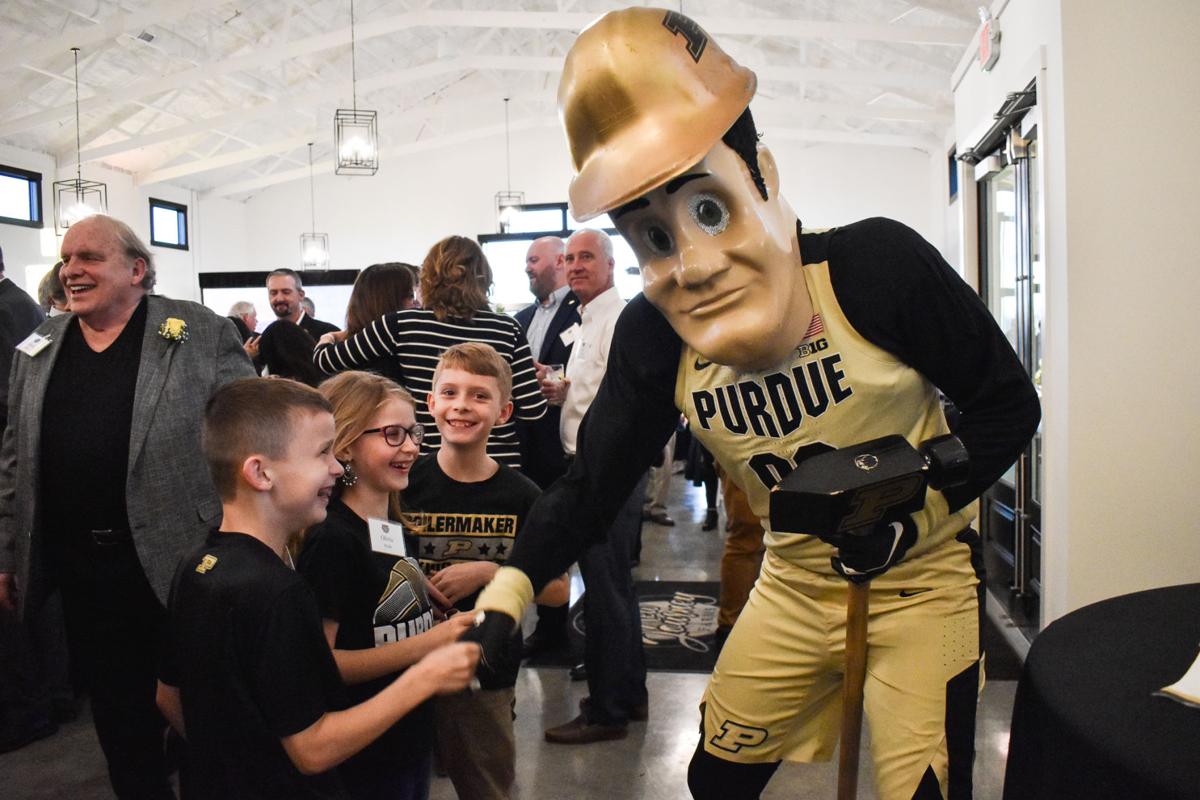 Purdue Pete shakes hands with three siblings and let them wield his hammer. 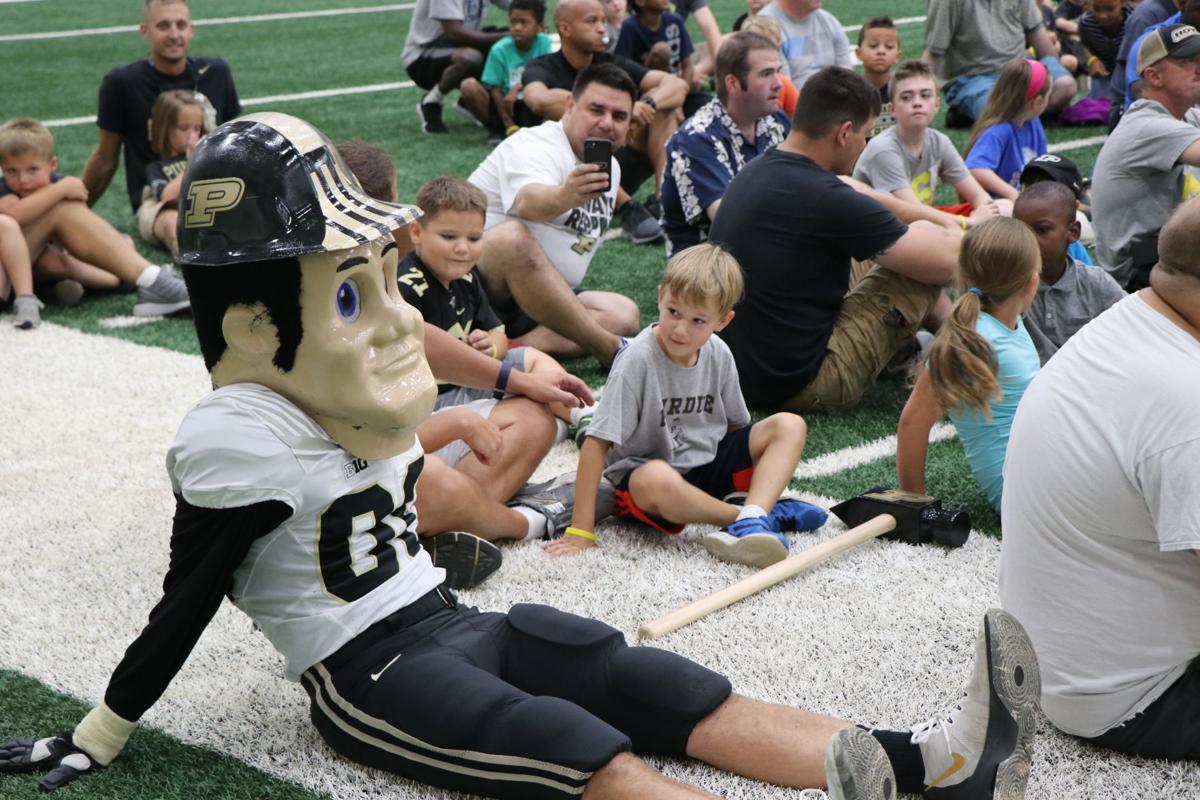 Purdue Pete relaxes on the sideline next to some young Boilermaker fans. 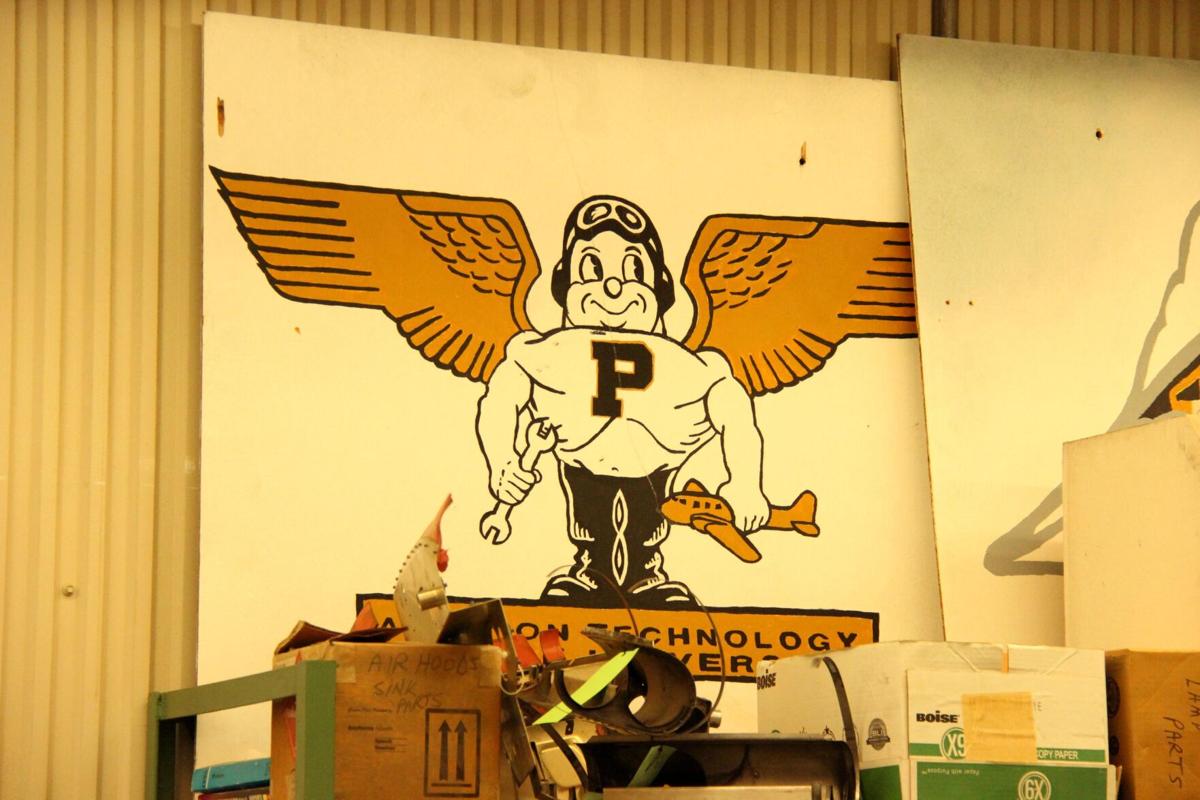 An aviation-themed Purdue Pete poster is hung on a hangar wall at the Purdue Airport. 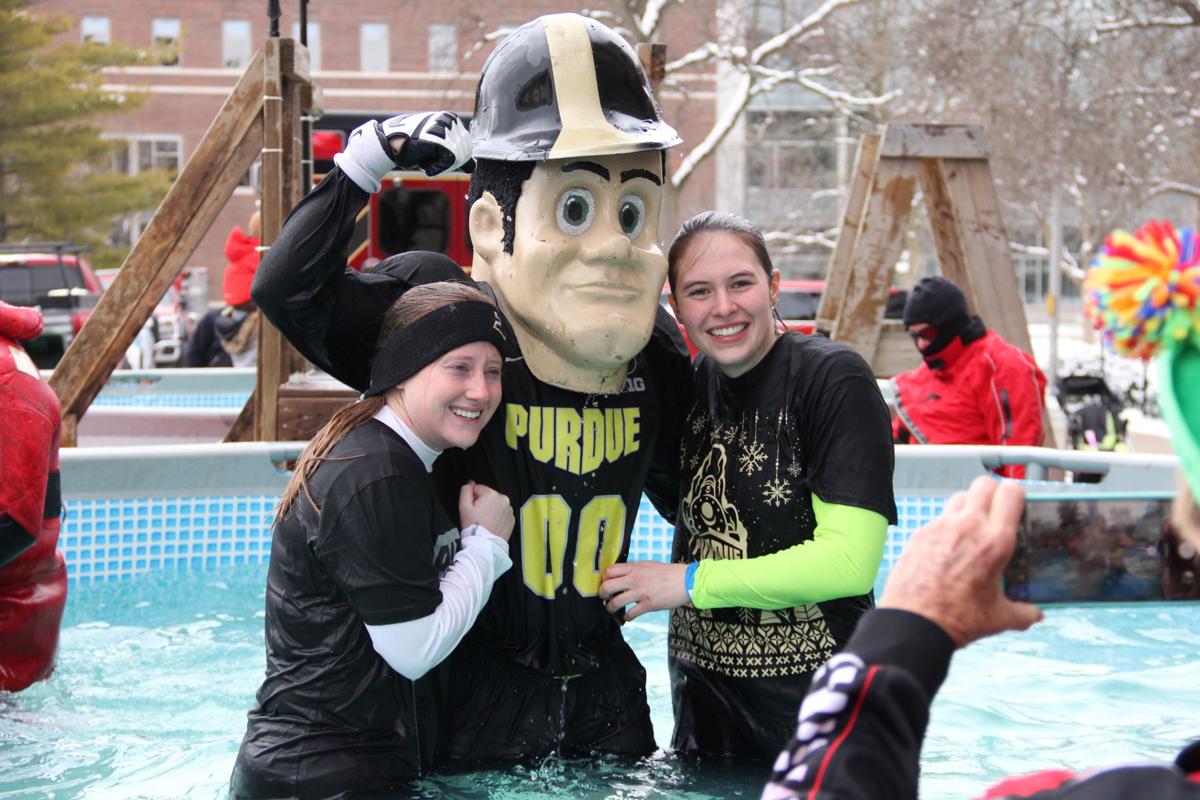 Purdue Pete poses for a photo after jumping into the pool. 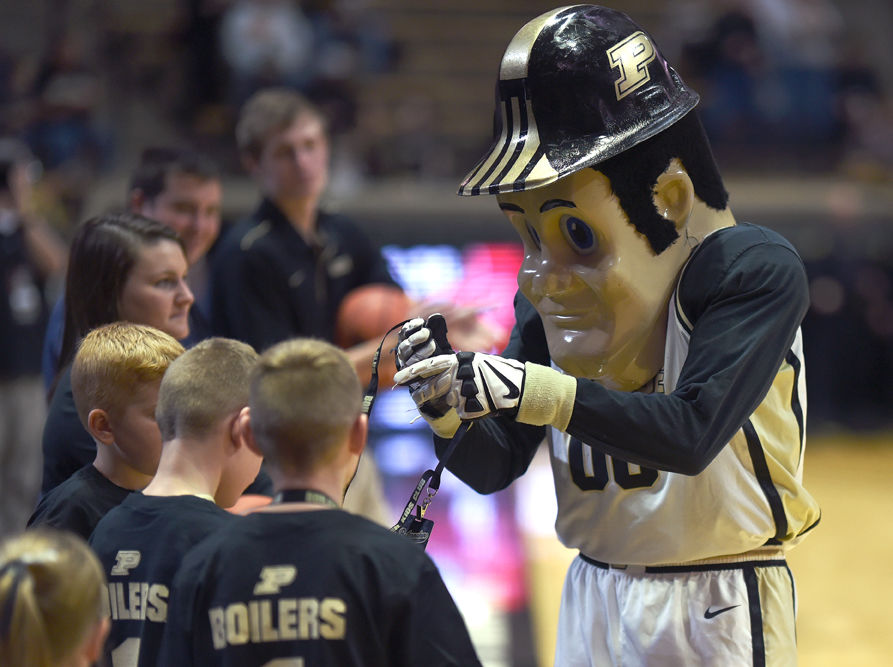 Purdue Pete clowns around with ball kids prior to the Dec. 31 women's basketball game with Wisconsin.

Purdue Pete shakes hands with three siblings and let them wield his hammer.

Purdue Pete relaxes on the sideline next to some young Boilermaker fans.

An aviation-themed Purdue Pete poster is hung on a hangar wall at the Purdue Airport.

Purdue Pete poses for a photo after jumping into the pool.

Purdue Pete clowns around with ball kids prior to the Dec. 31 women's basketball game with Wisconsin.

Purdue Pete, the university’s beloved mascot and a Boilermaker staple since 1956, found himself under fire in an early August blog post.

The blog post from promotional company Quality Logo Products had nothing but harsh words for Purdue’s iconic mascot.

The blog ranked him just behind Oklahoma State’s “Pistol Pete” as the second-worst mascot in the country, putting him ahead of the No. 6-ranked Penn State Nittany Lion and the No. 8-ranked Stanford tree.

Purdue Pete was also ranked the creepiest mascot in the nation by the blog. He was ranked in front of Louisiana at Lafayette’s cayenne pepper, who placed just behind him, and the No. 5-ranked Wake Forest Demon Deacon. The site attributed his “blank stare,” “intimidating facial expression” and “disproportionately large head” as some of the biggest contributors to his alleged creepiness.

“If you type in ‘Purdue Pete’ on Google, one of the first suggestions is ‘Purdue Pete creepy,’” the blog post read. “We’re not joking.”

Ten students from Purdue’s incoming freshman class each had their own opinions of the site’s accusation. Some agreed, saying his large eyes would be enough to catch anyone off guard.

“It depends on if you see it at day or at night,” said Mario Vazquez, a freshman in meteorology.

Nathan Christensen, a student in psychology, said he liked how Purdue Pete’s design resembled a football player. He would even like to dress up as Purdue Pete, he said, just for the experience.

Incoming freshmen Silvana Cuervo and Connor Crowley both said the fact that Pete was a human mascot made him creepier. Cuervo said breaking from the norm of animal or object-related mascots often led to creepier characteristics and designs.

The Quality Logo Products Blog seemed to agree, placing human mascots in four of the ten spots in their creepiest mascot rankings and five of the ten overall worst spots.

10@10: On Schott's return, and nonconference success

“I don’t like the idea that it’s a human dressed as another human,” Crowley said. “That’s something that’s strange.”

Every student interviewed said they agreed a change in eye shape and size would make him more approachable to fans.

Though he made his first ever mascot appearance in 1956, Purdue Pete was created after then-University Book Store owners Doc Epple and Red Sammons hired artist Art Evans to create him for an advertising logo, according to a Purdue engineering article. Epple named the mascot Pete in 1944 after Purdue’s yearbook editors asked to use him on their cover. His first photograph was taken four years later.

Since his 1956 adoption into Purdue’s official sports mascot, over 40 people have played the role of Purdue Pete. Four Purdue Petes are selected per year, the engineering article said, out of the average of 50 people who try out every year.

“You do a lot of outreach for Purdue, and that’s great,” said John Whittington, a former Pete. “(Kids) come in a little scared, but when they see Pete, they start having fun and relax.”

Pete has seen his fair share of scrutiny during his 65 years in commission, undergoing seven different redesigns as Purdue’s main mascot, according to Purdue Traditions. His most recent redesign came after reports of the fiberglass head design being “frightening to younger fans,” according to previous Exponent reporting.

After initial high hopes for a final design, Pete’s short-lived 2011 redesign was relentlessly booed off the field after his reveal in that year’s Black and Gold football game, according to Purdue Traditions. The design was called “a complete embarrassment to the University” by former Pete John Langenkamp due to the how difficult it was to move around inside of the costume.

Tryouts to be Purdue Pete start on Aug. 28 at noon in Mackey Arena, according to a Wednesday BoilerBlast email. Attendees will be able to try out to be “one of the most iconic mascots in college athletics,” becoming one of the four lucky few to carry on the legacy of college’s creepiest mascot.

“What do you have to lose?!” the email says.