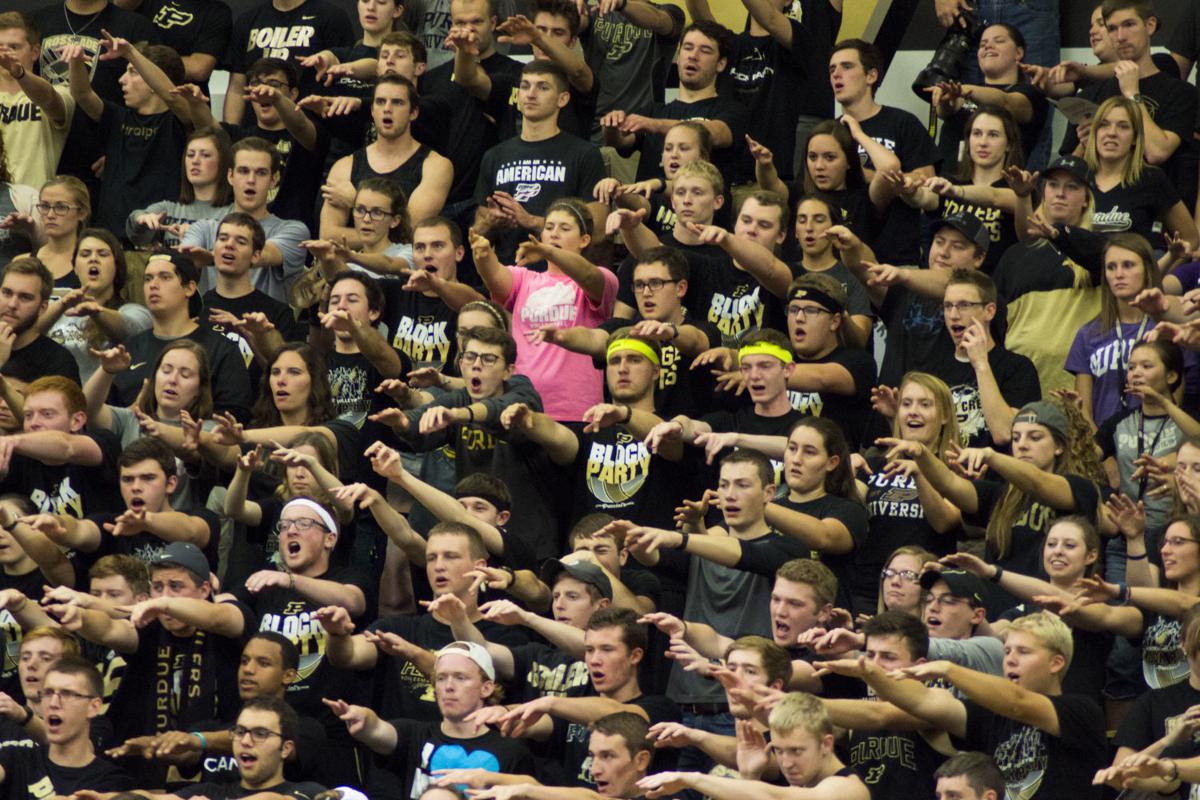 The “Block Party,” Purdue volleyball’s fan section, cheers on the Boilermakers in Holloway Gymnasium in 2015. 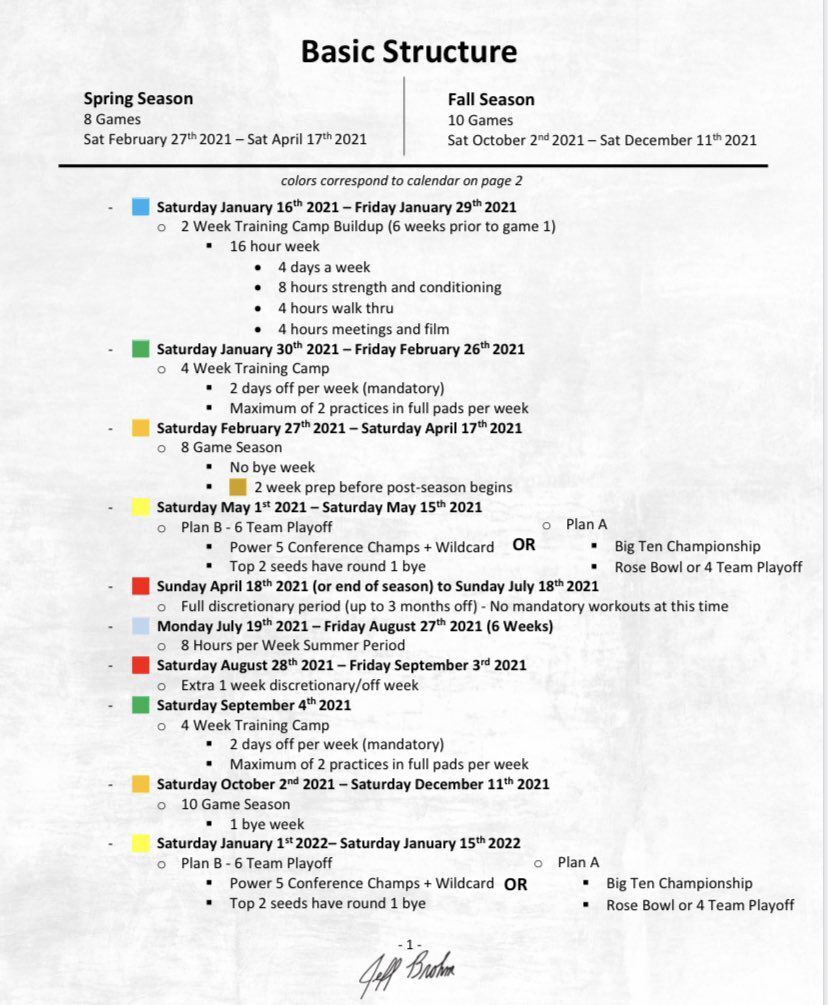 Football head coach Jeff Brohm proposed a detailed plan for the Big Ten to play football in the spring. 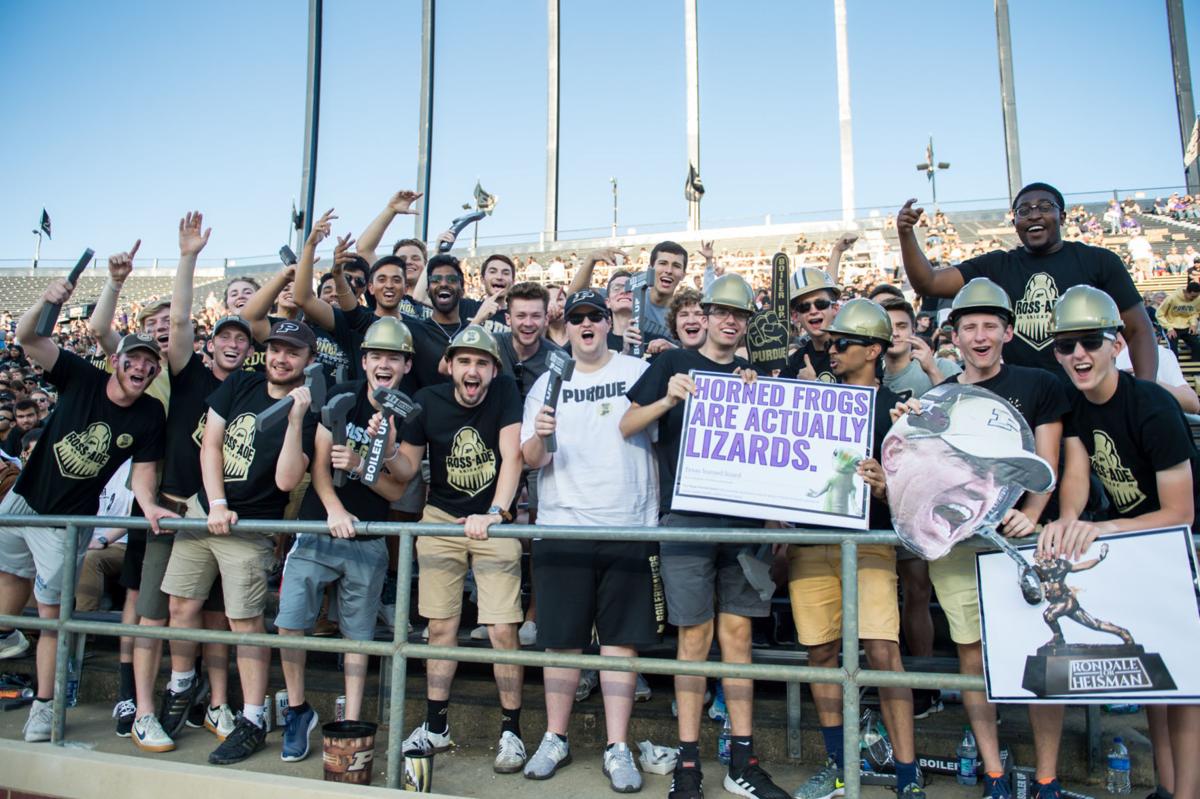 Members of the Ross-Ade Brigade arrive early to a football game with signs to cheer on the Boilermakers.

The Big Ten’s decision to postpone 2020 fall sports sparked three weeks of debate that shows no signs of stopping. While no official statement has come from Purdue Athletics, members have been vocal on Twitter about their desires to return to their respective arenas.

Volleyball head coach Dave Shondell tweeted multiple times expressing a desire to play this fall. His most recent, sent Friday, mourned what would have been opening weekend for Big Ten volleyball.

“The Boilermakers had a home weekend scheduled with Tennessee,” Shondell wrote. “Our Big Ten coaches and players continue to do everything in our power to play volleyball as soon as our league gives America’s Game the green light.”

Brohm himself has been silent on the issue, aside from announcing the proposal, but sophomore defensive lineman George Karlaftis has shown support for the argument to play.

Karlaftis retweeted multiple arguments for why the Big Ten should be allowed to play this fall, and on Aug. 16 he tweeted a petition to the Big Ten to reinstate the 2020 season. The tweet, captioned “#WeWantToPlay,” received more than 600 likes.

The ultimate Husker fans: Three things you should know about being king of the road

Driving for 6: Football on the mind (and schedule); Fidone's hot start; one bit of schedule normalcy

One member of the Ross-Ade Brigade shared his own opinions on the news when it broke.

“I am not surprised that it got canceled,” said Aidan Miller, a junior in the Polytechnic Institute. “The world besides the U.S. has handled the virus better than we have. We have an outbreak. A lot of other nations have this under control.”

While acknowledging the logic of the decision, Miller argued players should still be able to play if they are comfortable doing so.

Tim House, director of the John Purdue Club, would not give comment on the decision, but expressed disappointment in the lack of sports as a general fan.

“I’m a fan like everybody else,” House said. “I wanted to watch college football this fall. The fan in me was bummed. The professional in me has to be prepared for what comes next.”