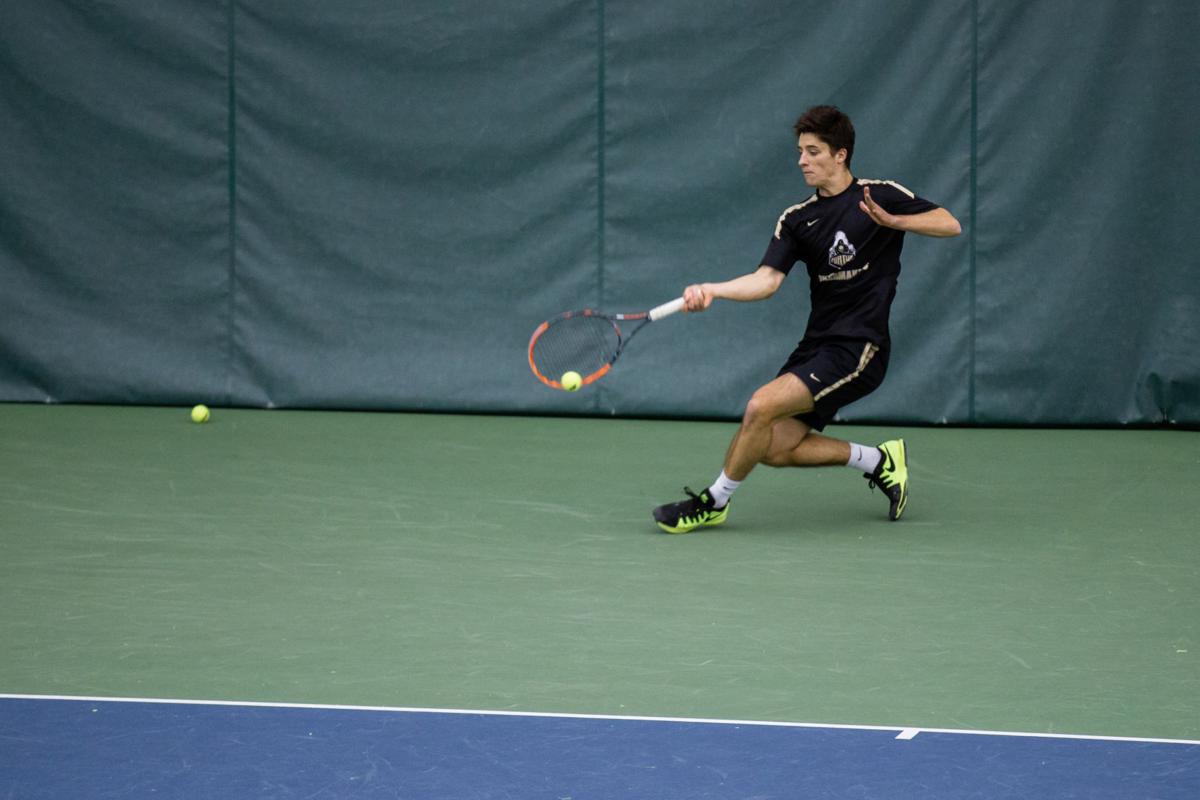 Freshman Maksymilian Raupuk hits a ball across the court on Saturday afternoon against Toledo. 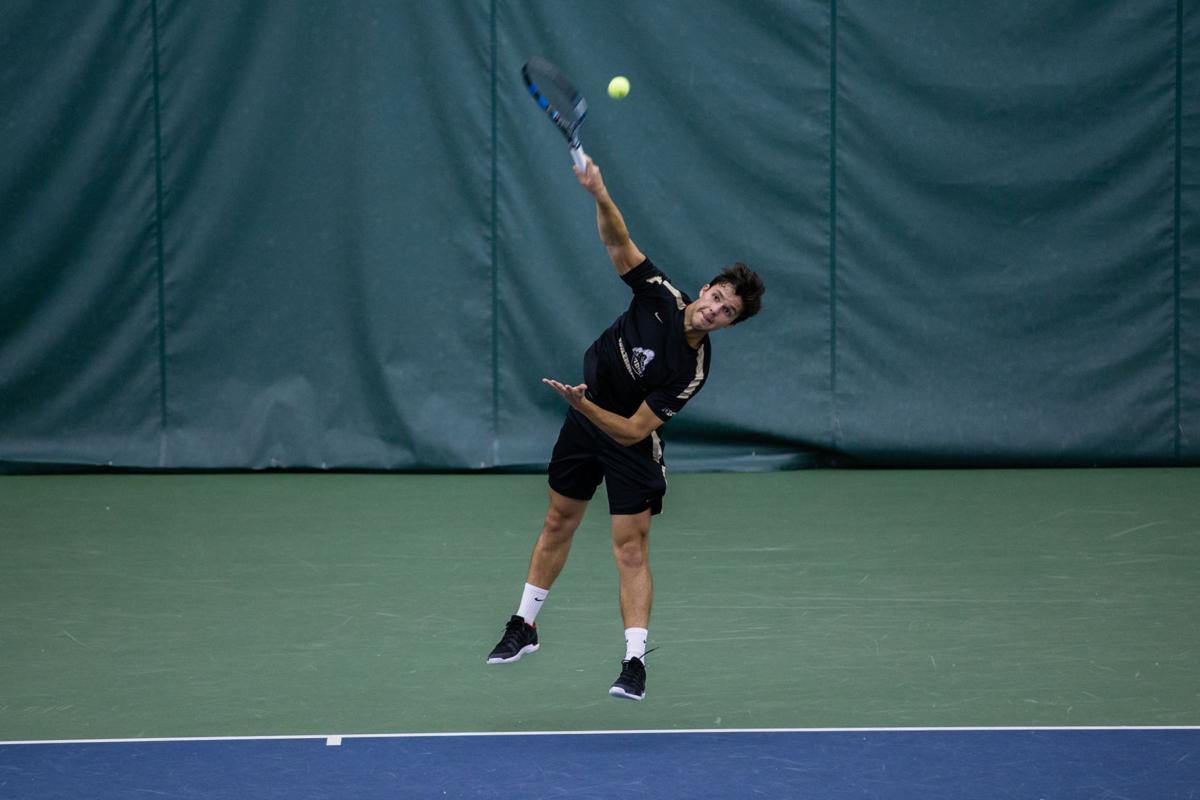 Sophomore Stephan Koenigsfest serves a ball in Purdue’s 7-0 win against Toledo on Saturday.

Freshman Maksymilian Raupuk hits a ball across the court on Saturday afternoon against Toledo.

Sophomore Stephan Koenigsfest serves a ball in Purdue’s 7-0 win against Toledo on Saturday.

After dropping both of their matches in the ITA Kick-Off tournament in Texas the previous weekend, the men’s tennis team kicked it into high gear and rebounded with a dominating 7-0 win over Toledo on Saturday afternoon.

Madarasz and Bennett have been paired for every doubles match this season, but their chemistry was discovered last season.

“This is our second season playing together,” said Madarasz. “At the end of last season we played together as well. I think usually we played No. 3 or No. 2, but we’ve found that connection. We feel good next to each other, we complement each other, so I think we’re just going to play better and better.”

Freshman Maksymilian Raupuk and junior Dominik Sochurek defeated their pairing 6-1 to win the doubles point, as the other Purdue doubles team was leading 5-4 before their match was cut short.

In singles, Madarasz again faced Ansalone, where he won 6-4, 6-1. In the first set, Madarasz went back and forth, but holding serve at 4-4 was the turning point of his match.

“The beginning of the first set, I didn’t feel the ball that much so I tried to work on that,” said Madarasz, “spin a little more and just tried to eventually break him. That 4-all, I was one point away from losing my serve, but I could hold and I could break him the next game. So I think the change in momentum at 4-all just changed everything, and after he couldn’t really come back.”

Watch now: Turner Corcoran says 'guys felt like they wanted to be back' after bye week

The No. 2 player for the Boilermakers has been rotating all season; however, recently sophomore Stephan Koenigsfest has consistently filled the role. He defeated his opponent 6-3, 6-4. In the second set, he was up 5-1, but dropped three straight sets before clinching the match.

Last year, Koenigsfest was named the regional ITA Rookie of the Year. With awards come expectations, and the coaches are making sure he sees enough competition.

“He’s a very talented player and I think the sky’s the limit for him,” said head coach Pawel Gajdzik. “We want to make sure that we challenge him enough and show him some looks. And I think (Saturday) he came in prepared and ready to go, and he got the job done.”

Raupuk was also the reason why Purdue was able to secure a sweep. At the No. 4 spot for the Boilers, he dropped his first set 3-6, took the second 6-4, and finished out a long tiebreaker, 15-13, to get the sweep.

As every other singles match finished, all the coaches and players migrated to his court to cheer him on.

“There is a lot of pressure on me when everyone is watching,” Raupuk said, “but it’s something cool. If you win it, you feel the support from the guys; when you lose, it’s worse. (Coach Gajdzik) helped me a lot. He coached me how to win against this guy, how to play points and how to win those points, so that was definitely helpful.”

The team will head to Waco, Texas, for the second time in three weeks, to take on the highly talented No. 8 Baylor Bears. Purdue lost to then-No. 21 Florida State at the Kick-Off tournament. Florida State was then swept by Baylor 4-0.