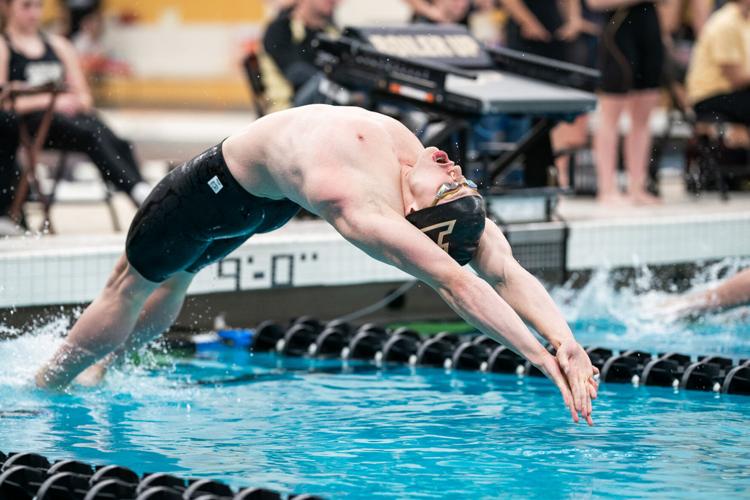 Junior Andrew Swenson dives back at the start of the men's 200 yard backstroke. Swenson took fifth place with a time of 1:46.53 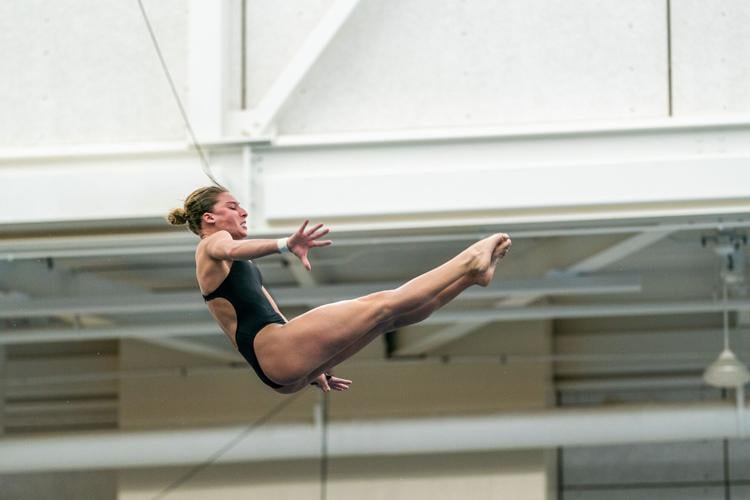 Fifth-year Maggie Merriman falls out of a pike during the platform diving finals. Merriman earned the team-highest 290.15 points, securing her first place for the event. 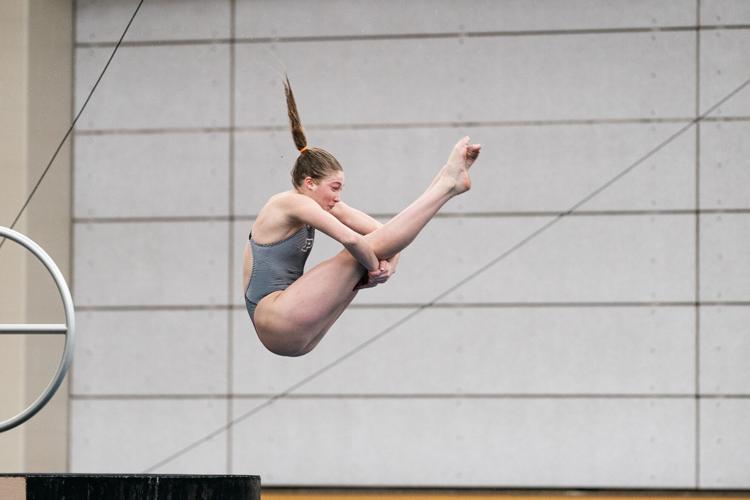 Sophomore Sophia McAfee performs a pike during her dive off the ten-meter platform. McAfee racked up 261.25 points, earning her seventh place. 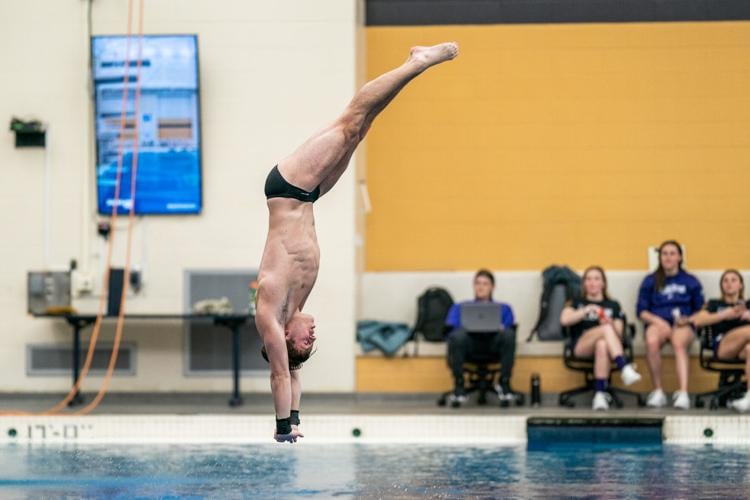 Sophomore Jordan Rzepka dives into he water after diving from the ten-meter platform. Rzepka took first in the event with 399.20 points. 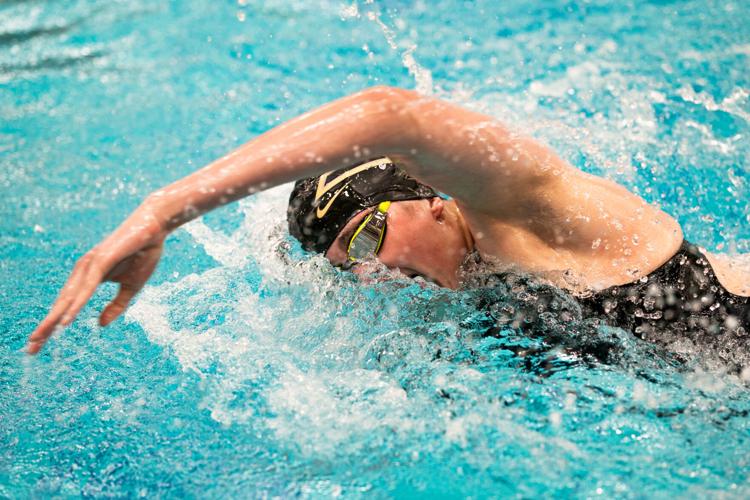 Junior Andrew Swenson dives back at the start of the men's 200 yard backstroke. Swenson took fifth place with a time of 1:46.53

Fifth-year Maggie Merriman falls out of a pike during the platform diving finals. Merriman earned the team-highest 290.15 points, securing her first place for the event.

Purdue swim and dive won over a quarter of the events at its 11-team midweek invite courtesy of a three-day diving sweep and competitive races from its top swimmers Wednesday through Friday.

The men trailed Louisville by 12 points headed into the last day of the home meet, after ending the first day behind 80. Three event wins on Friday and four the night before propelled the Boiler men 100 points past the Cardinals and into first place.

Sophomore divers Jordan Rzepka and Sophie McAfee took first place in every men’s and women’s individual event at the meet, respectively: the 1-meter, 3-meter and 10-meter platform. Making its debut for the first time at the Purdue Invite was team diving, which McAfee and her partners, sophomore Maggie Merriman and freshman Daryn Wright, teamed up to win on day one.

Men’s team diving was the next day, and although Rzepka and his partners didn’t pull off the win, they managed to draw a large crowd around the diving pool. Breaststroker Luke Fortner contributed a 109C dive from 5 meters, starting off in a headstand, and going into 4 ½ turns on a forward somersault dive.

Sophomore Brady Samuels’ and fifth-year Nick Sherman’s performances were largely responsible for the Boilermakers’ explosive finish at the meet. Both swimmers had two event wins and a silver medal, and both contributed splits to a number of relay teams throughout the week.

Purdue QB Aidan O'Connell away from team after brother's death

Jalen Hurts on the Eagles' Offense

“I mean, it got the job done, but the times were not what I was hoping for,” Samuels said. “But hopefully those come in February when it actually matters.”

Sherman broke his own school record in the 200-yard individual medley on Thursday in a come-from-behind win. He said he likes to be able to see the other swimmers, and that’s when he turns it on.

“I like the back half (of the race), so the breaststroke and freestyle,” Sherman said. “The second one hundred (yards) is where I typically excel.”

The women swimmers pulled off a number of wins in their respective heats of the B finals but never came through with an overall first place. Relay finishes and strong individual performances in the finals contributed enough points to end the invite in third place.