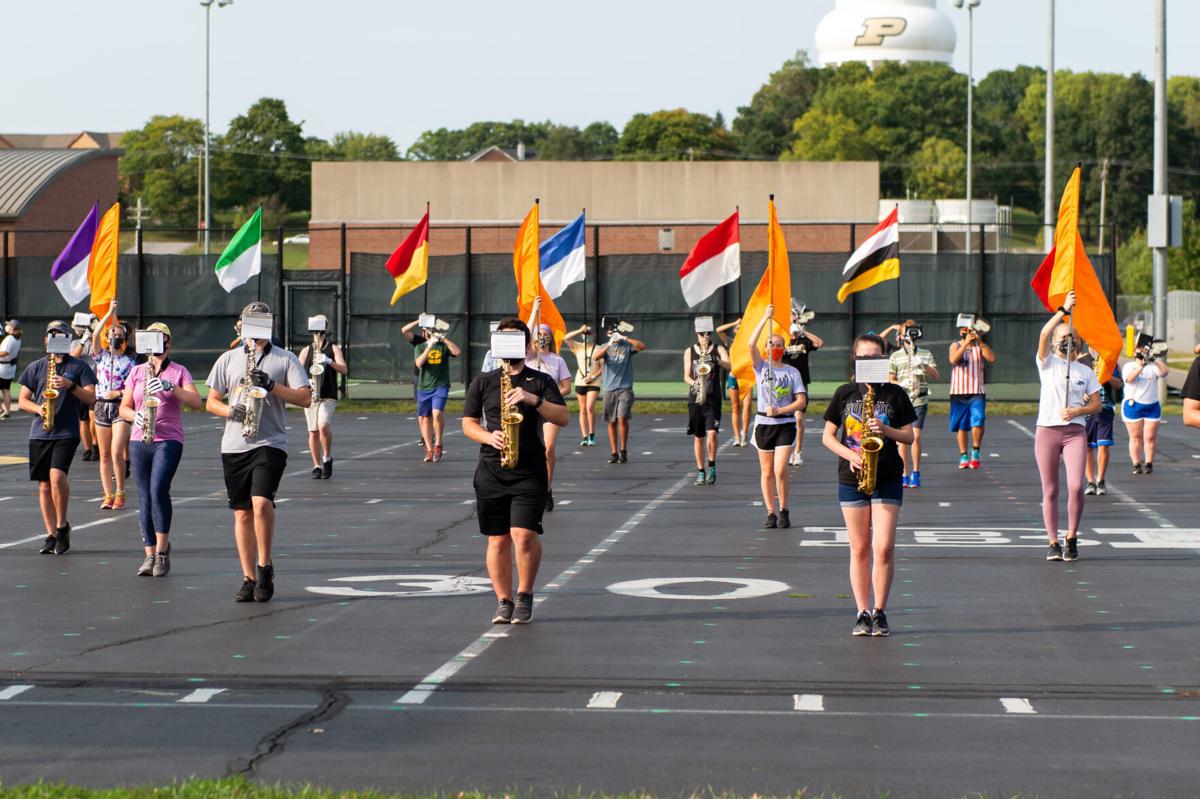 The All-American Marching Band practices on the marked lot on Third Street. 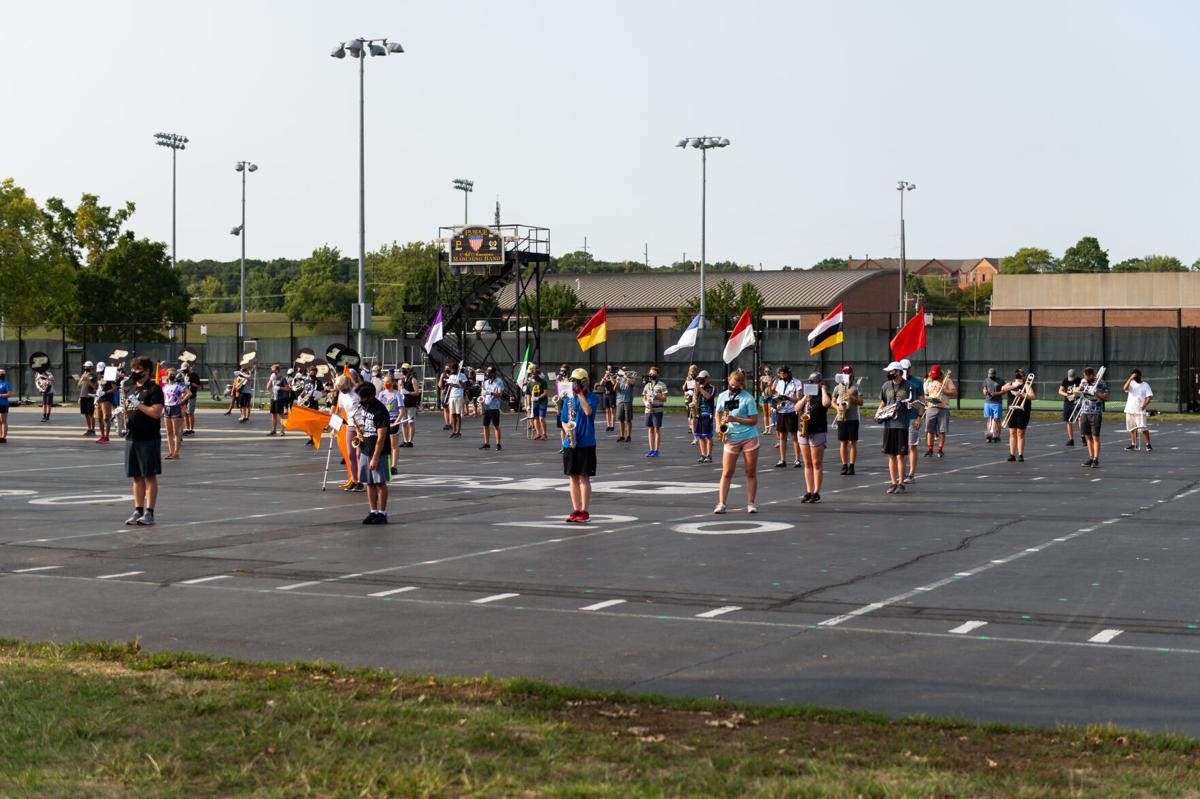 Instead of all 450 members playing at the same time, the marching band has split up into three groups called platoons that each practice separately.

After the August announcement that the Big Ten would postpone fall sports until 2021, Purdue’s All-American Marching Band pivoted its focus from football games to readying its players for next season and beyond.

The band prepared for this semester differently than it normally does, expanding from 380 members to 450, according to the band’s director. Instead of planning each practice session around the pregame and halftime festivities of that week’s game, the band focuses on training the new players in all of its traditions.

The band director Jay Gephart said that the expansion of the roster was also done to adhere to proper social distancing and safety guidelines as closely as possible. In a normal season, the roster is cut down to 380 members through an audition process, and the players who don’t make the cut go on to play in the jazz band or the concert band.

“We are very adamant in adhering to the Protect Purdue Pledge with our ensemble,” Gephart said. “This includes allowing anyone, any wind or percussion player who wants to be in the band, to sign up for marching band this fall with the idea that we are driving as many students to an outdoor ensemble as possible because the outdoors are safer.”

Gephart and the marching band have taken specific steps toward maintaining a safe environment, which includes providing aerosol-catching face masks for the wind players and bell covers for the bass players. Band practices are socially distanced and the 450-piece band is broken up into three smaller divisions called platoons.

“None of those platoons are meeting on the field simultaneously,” Gephart said. “We’re rotating our rehearsal schedules so that we have a smaller number of students on the field at any given time.”

As for the players themselves, adjusting to the structures set in place has been a part of the learning process. Adam Sieferman, the trumpet section leader and a senior in mechanical engineering, noted that socially distanced practices have been fairly easy to implement, while other changes like the bell covers have taken more time to figure out.

Badgers football: Alvis Whitted has made a solid first impression on his wide receivers

Sieferman said that even though it has been difficult not getting to perform at football games, the chance to play in the AAMB in any capacity is more important.

“Other Big Ten schools canceled the season and dropped their marching band,” Sieferman said. “So a lot of us are taking advantage of this opportunity to continue playing.”

When football was postponed, Gephart decided that it was in the band’s best interest to focus on preparing for the 2021 season.

“What we did not want was to have two rookie classes join the marching band next fall,” Gephart said.

Now that football is coming back, Gephart says that the jury is still out on if the band will be participating in game day festivities. For now, only families of players and coaches are allowed to attend the games at Ross-Ade Stadium.

Even if they aren’t allowed to perform at the games, if there are Purdue-sanctioned watch parties or pep rallies that adhere to the protocols of the Protect Purdue Pledge, the band will be there.

“We want to do anything and everything we can to help our football program and to create a spirit on our university campus that is Purdue,” Gephart said. “We just want to help in any way we can.”