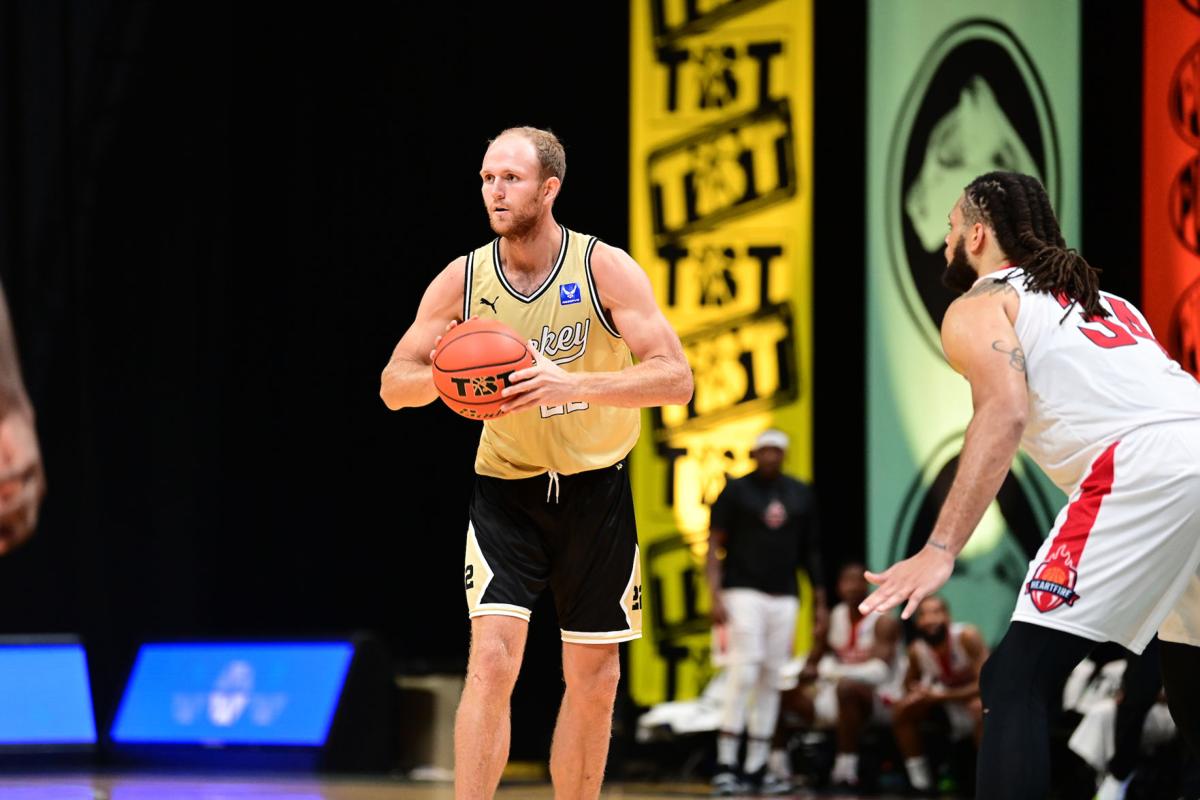 "If there were just open seats and you could see 100 seats going up, all empty seats, it would have definitely been weirder," former Purdue forward Evan Boudreaux said of playing without fans. "You had to bring your own energy, and had to feed off each other, rather than feed off the crowd." 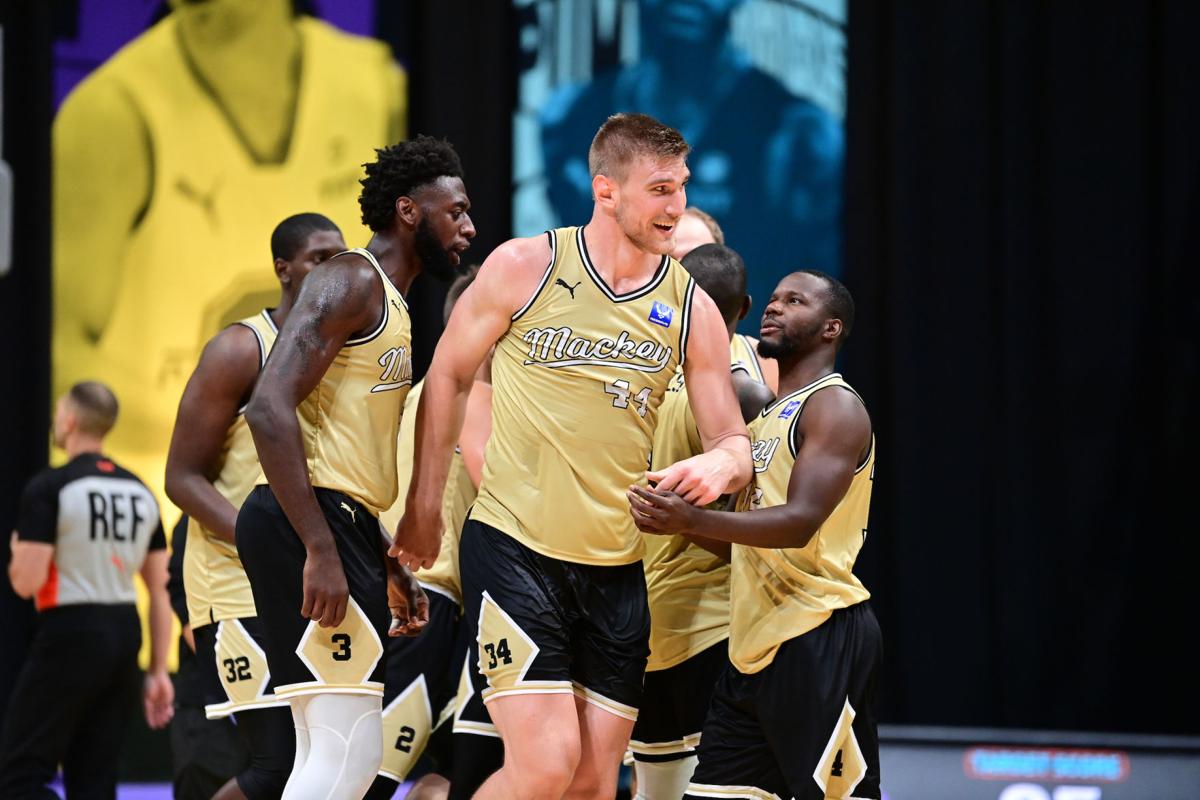 Men of Mackey, the Purdue alumni team competing in the The Basketball Tournament in Columbus, Ohio, was eliminated Tuesday night, falling 76-69 to 3-seed Boeheim's Army after nearly completing a second-half comeback.

"We knew they'd play zone, but you gotta go through it a bit to see what works and what doesn't," Boudreaux said while driving home to Chicago Wednesday. "We were a group of guys who hadn't really played together at all before this tournament."

Men of Mackey opened the second half on an 8-2 scoring run. Haas poured in 6 of his 12 total points in the ensuing minutes, and by the end of the third quarter, the Purdue alumni team had narrowed the gap to 58-56.

The score was close the remainder of the game, but Boeheim's Army led 68-66 and pulled away with a scoring run. It reached the "Elam Ending" 76-point mark on a free throw.

"Boiler Nation, we went out there and played hard," Haas tweeted Tuesday night, "and while shots didn’t fall, we stayed strong and played till the end. We appreciate all of your support, and while we wish things were different, I hope this is a stepping stone for future (Purdue TBT) teams."

The tournament is single-elimination and started with 24 teams, 12 of which remain in the running for the $1 million prize, according to TBT's website.

"To get asked to play in the TBT, I'm super glad I did," Boudreaux said. "To play organized basketball again at a high level was a lot of fun."

Boudreaux said he didn't expect to play against high-level talent again so quickly, just months after the Big Ten tournament was called off and the NCAA canceled March Madness.

The tournament serves as a template for leagues that may attempt to safely resume games in the coming months, Boudreaux said.

Several teams were disqualified after members tested positive for the virus, and players had to adhere to strict precautions. No fans were permitted to attend, an effect Boudreaux says was dulled by enclosed courts.

"If there were just open seats and you could see 100 seats going up, all empty seats, it would have definitely been weirder," he said. "You had to bring your own energy, and had to feed off each other, rather than feed off the crowd."

Players were allowed to interact only with members of their team, Boudreaux said. Teams interacted in private meeting spaces and weren't allowed to travel into the surrounding city. Masks were mandated.

"From a logistics and health standpoint, I'm not sure many ways they could have done a better job for us," Boudreaux said. "We felt safe, we felt comfortable, and so we were able to just go out there and play basketball."

The 23-year-old finished his graduate degree in the Department of Technology, Leadership & Innovation this spring, he said.

He's in conversation with an agent to play professionally in Europe. The process feels largely out of his hands, he said, as the coronavirus pandemic prompted Europe to ban travel from the U.S., which leads the world in case numbers.

"It's not up to me," he said. "I've got a half-court basketball court in my basement. A lot of it is trying to stay in playing shape, and making sure you're running."