"The vote by the Big Ten Council of Presidents and Chancellors", the letter said, "was overwhelmingly in support of postponing fall sports and will not be revisited." 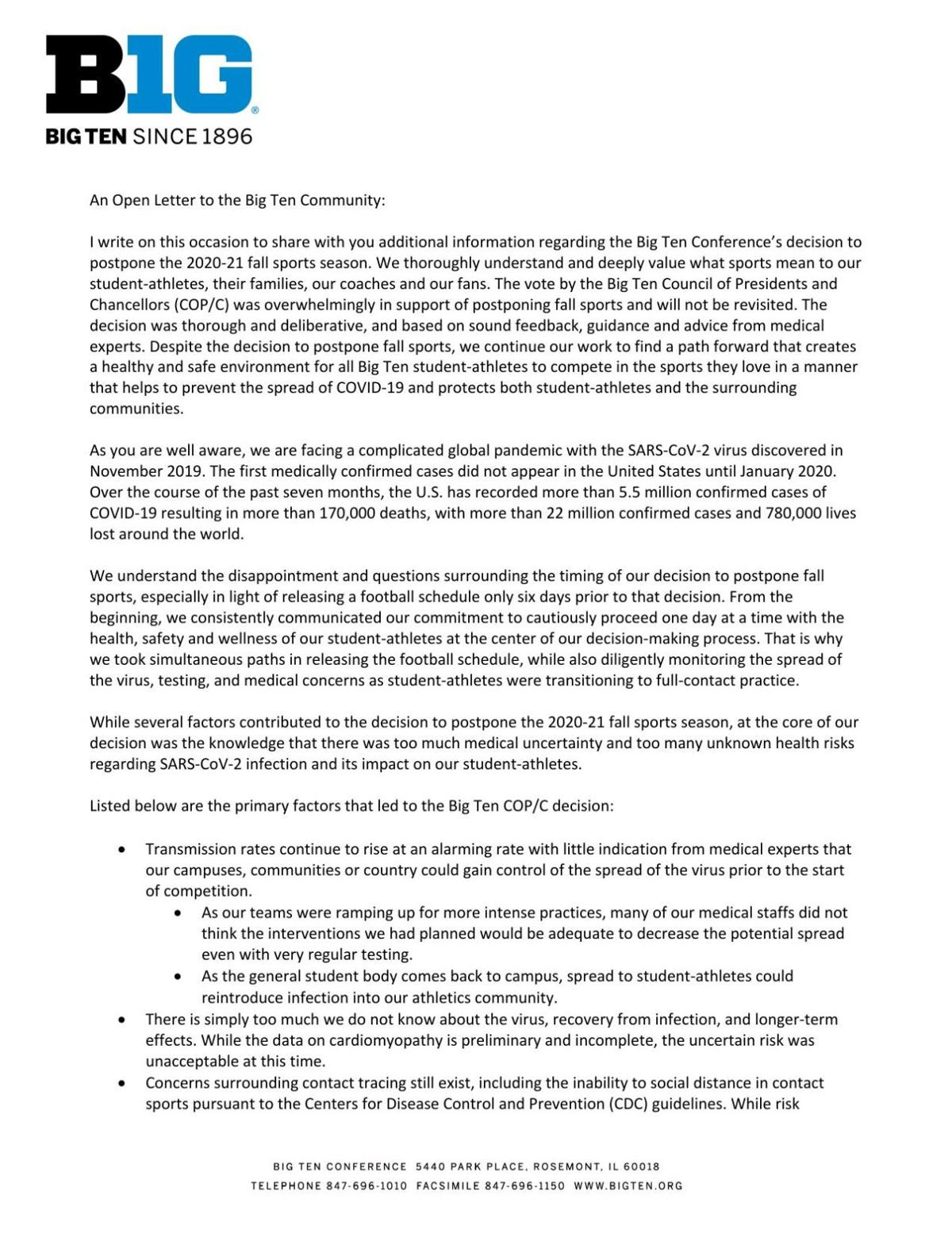 This letter comes after days of protest by student-athletes and parents in favor of reinstating the fall season. Warren acknowledged the financial burden the postponement would put on the schools and the conference, but denied any financial influence on the decision.

The letter also announced the formation of a Return to Competition Task Force to study the possibility of establishing winter or spring schedules for the sports affected by the conference's postponement. The task force will be composed of athletic and medical personnel from each of the conference schools.