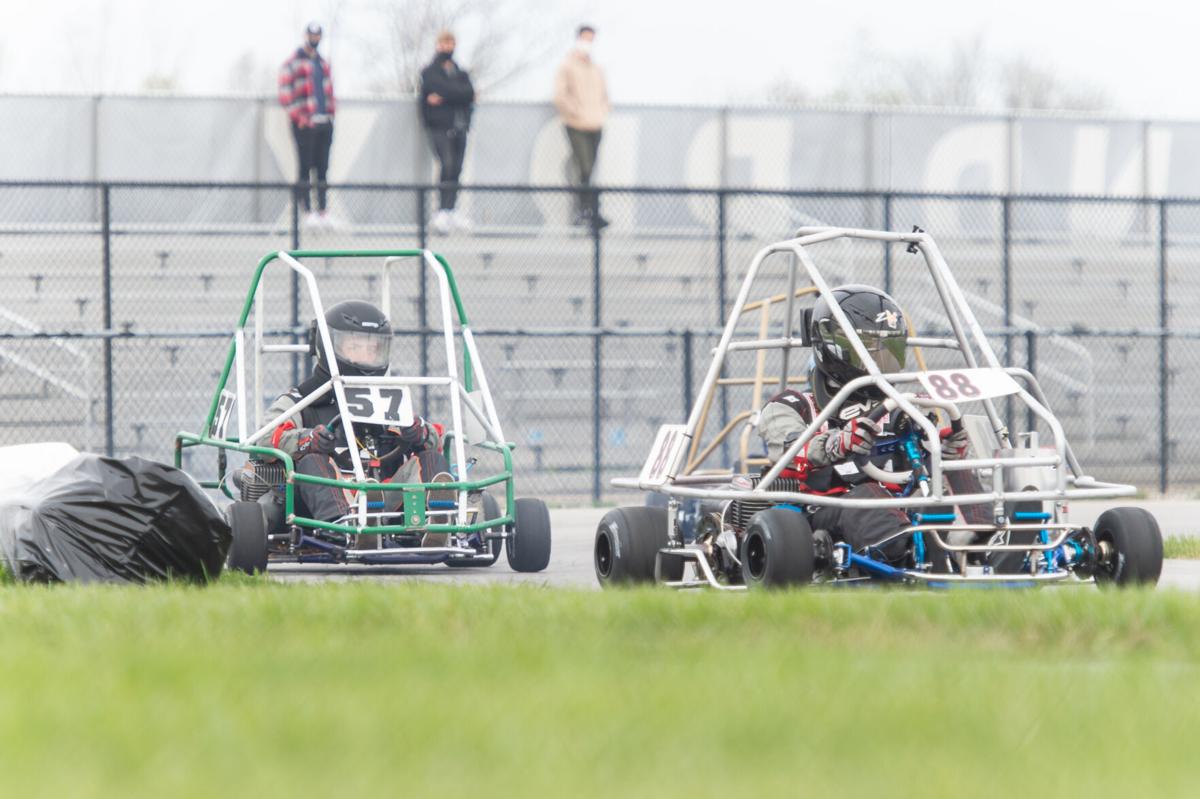 Delta Sigma Pi, left, and Cavalry Racing round the first corner of the track during the Grand Prix. 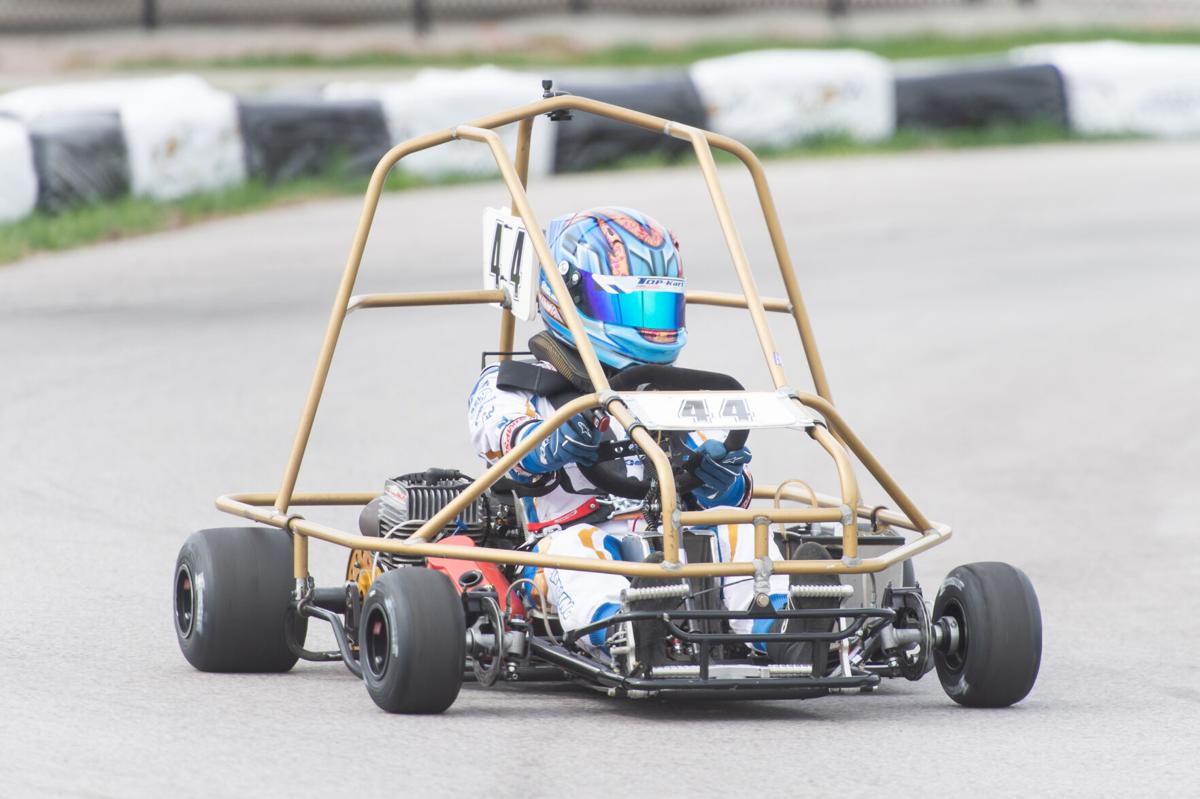 Olivia Riedling of Purdue Society of Women Engineers Gold turns a corner during the time trial.

With a fastest lap time of 25.515 seconds, racer Jacob Peddycord won the top starting position for his Cavalry Racing team in Saturday's qualifying round for next week's 64th Grand Prix.

Peddycord, driving the No. 88 go-kart, beat the leading lap time of 25.882 seconds previously held by Olivia Riedling of the No. 44 Purdue Society of Women Engineers Gold team.

Riedling had the fastest kart in warm-ups and jumped out to the first spot in the first round of qualifying races that morning. But Peddycord, also in the first wave of drivers, was able to squeak out the fastest time on his seventh out of nine laps.

Qualifying races are formatted so that each driver has a chance to drive their speediest run. Top slots in the official race next Saturday are given to the drivers who finish with the best times.

Peddycord was glad to be first, but wanted more out of his session.

“We had a yellow (flag) most of the session, so we didn’t really get to train our kart like we wanted,” Peddycord said. “As long as it stays on pole we’re happy with it, but we would’ve liked the margin to be bigger.”

Grand Prix qualifying took place over the course of Saturday morning, with the 43 total drivers split into two groups. Group One came out of the gate firing on all cylinders. The first driver out for qualifying, No. 21 Andrew Gray for Navy ROTC Racing, spun violently into the safety guards on the first turn. Gray would recover to finish 31st.

The second qualifying group arrived at the track with the sun shining and the clouds opening, and the drivers got out of the gate fast.

No. 99 Brendan Trent of Sigma Chi 2 earned the third spot in the race after a back-and-forth session with No. 86 Alex Augenstein of Cary Racing 2. The two drivers traded the third spot between each other three times in their qualifying sessions before Trent took the advantage with a 25.903-second time in his sixth lap.

Out of the 43 entrants, four karts were disqualified.

No. 65 Annie Breidinger of the Alpha Tau Omega A Team had a best lap that clocked in at 26.803 seconds, which would have been good for 12th in the field. But the kart weighed in under the 350-pound threshold on inspection, disqualifying it from the field.

The top 27 drivers in the qualifying race automatically qualified for Saturday's race. Six final spots will be up for grabs on race day to bring the field to 33 go-karts.

Going into Saturday’s 64th Purdue Grand Prix, the top five positions in the field are as follows:

The race begins at 2 p.m. on Saturday. Virtual tickets can be purchased online at the Purdue Grand Prix website for $15, and a limited number of on-campus students will be allowed to witness the race in person.