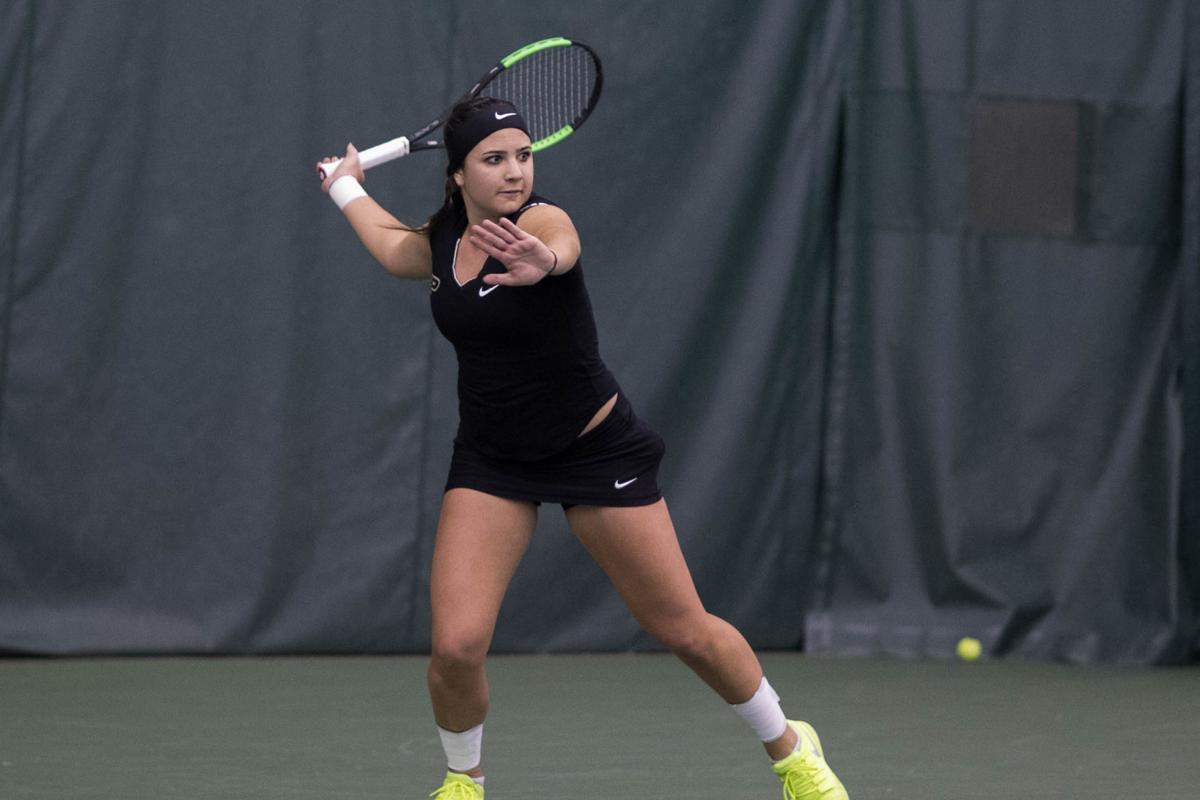 Then-freshman Ena Babic prepares to send the ball across the net in a win over Nebraska in 2018. 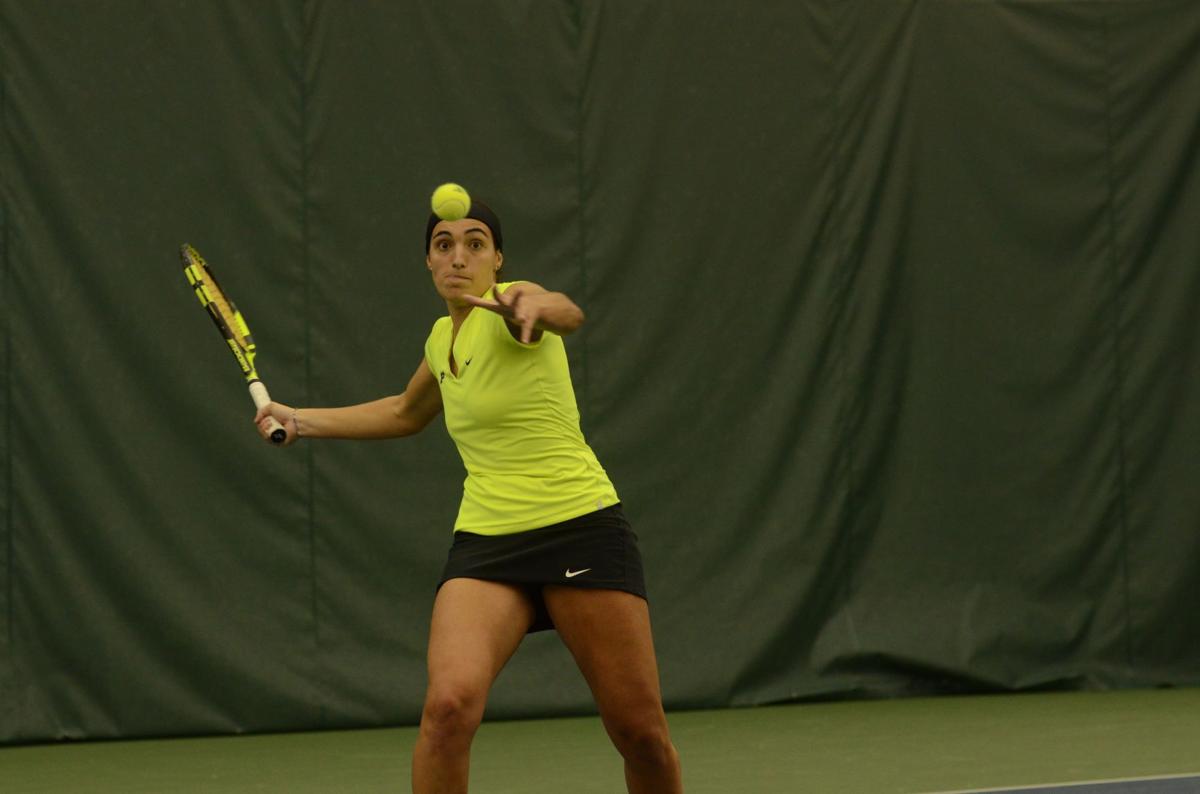 Then-freshman Ena Babic prepares to send the ball across the net in a win over Nebraska in 2018.

After a crushing 7-0 sweep from last year’s conference runner-up and then-No. 29 ranked Michigan, the Boilermakers (10-8, 3-3 Big Ten) returned to action in the best way possible with two conference wins, including a close 4-3 upset over No. 36 Nebraska and a dominating 6-1 win over Iowa.

On Saturday against the Huskers, Purdue unsurprisingly dropped the doubles point. Sophomore Rafaella Baquerizo has been out with a knee injury, which has forced the team to adjust the doubles and singles lineups, giving fellow sophomore Caitlin Calkins a chance to see court action.

While the team dropped the doubles point against Nebraska, it came up victorious by winning four of the singles matches to take the dual victory. Freshman Zala Dovnik defeated her opponent in straight sets, 6-2, 6-4, while fellow newcomer Seira Shimizu took her opponent to three sets, ultimately winning 6-2, 4-6, 6-2.

The two most intense matches were on the top two courts, where junior Silvia Ambrosio and freshman Ena Babic have consistently played all season.

Ambrosio came out struggling in the first set as she tried to figure out a powerful serve from Nebraska’s Brianna Lashway.

“She had a big serve, so I was struggling at first,” Ambrosio said. “Kind of getting into the match because I felt that I was just standing in the back and running and letting her do her game instead of being aggressive.”

After getting aced four times in the first three games, Ambrosio kept calm and focused on her game. Confidence returned and helped her dominate in the second set, finding her way to a 6-4, 6-2 victory.

While Ambrosio’s match came easy, Babic’s match was a hard-fought battle that ended up deciding the dual. With both teams at 3 points, Babic and Nebraska’s Claire Reifeis were both fighting for not only an individual victory, but also a team victory.

Babic dropped the first set 6-7 (2-7), before taking the final two in a commanding 6-4, 6-1 win. Even with everyone watching and cheering for a victory, the pressure never fazed her.

“I don’t mind playing in front of a lot of people,” Babic said.

Following the upset, the Boilermakers headed into Sunday with a more confident attitude, knowing that what lie ahead of them was nothing in comparison to the intense dual the day before.

How can the Huskers, who struggle mightily in messy games, knock off Iowa, which excels in them?

Watch now: Jaquez Yant goes up and over the defense for his first Husker TD

After again dropping the doubles point, Purdue found the will to win and swept all six singles matches from Iowa. Babic came out of the gate swinging and notched the first point for Purdue, handily defeating Iowa’s Zoe Douglas 6-0, 6-1, dropping the sixth game of the second set in a deuce, before finishing her off.

With a comeback victory the day prior, Babic played with a more relaxed attitude.

“I was calmer (yesterday), and I was enjoying it from the first game,” Babic said. “I was smiling, and when I smile is when I play my best tennis.”

Ambrosio had the opposite day today, as she had to fight for every point from the start. However, her opponent, Elise Van Heuvelen, was a familiar face for the Marquette transfer.

“I played this girl last year when I played for Marquette, and I beat her,” Ambrosio said. “I played a very, very good match, so I knew what her strengths were and she improved a lot from last year.”

Calkins was headed to a third set in her match, so it was decided to end the No. 1 match sooner. Ambrosio didn’t look back as she won 10-3 and never had less than a 4-point lead.

“I play better under pressure,” Ambrosio said. “When I am down two or three games, I actually start playing better because I kind of have the feeling that I have nothing to lose. So I play looser.”

The Boilermakers look to extend their win streak to three against rival Indiana this weekend in Bloomington.