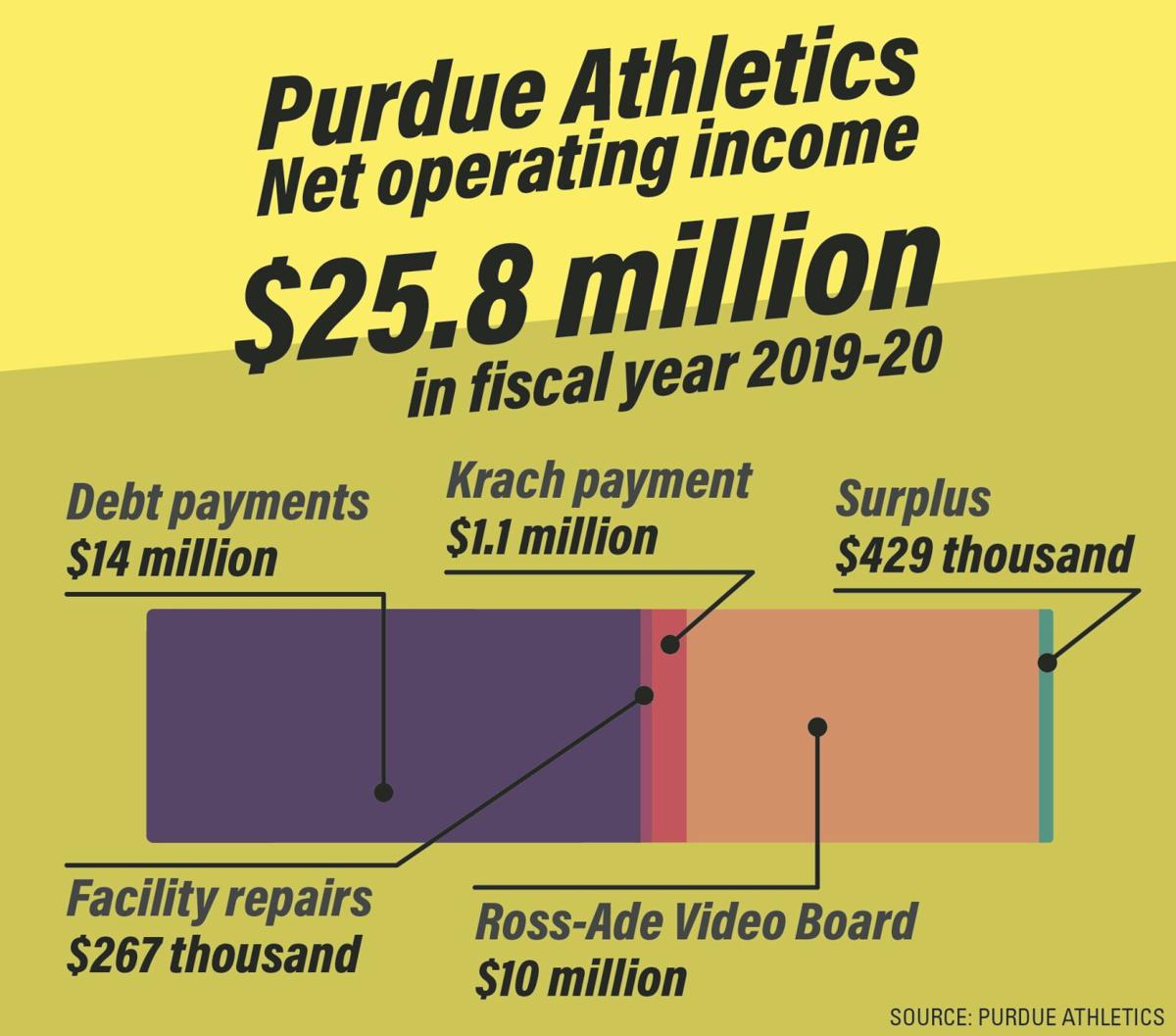 Purdue Athletics' net operating income was reduced to $429,350 dollars after over $25 million dollars in extra expenses were taken into account. 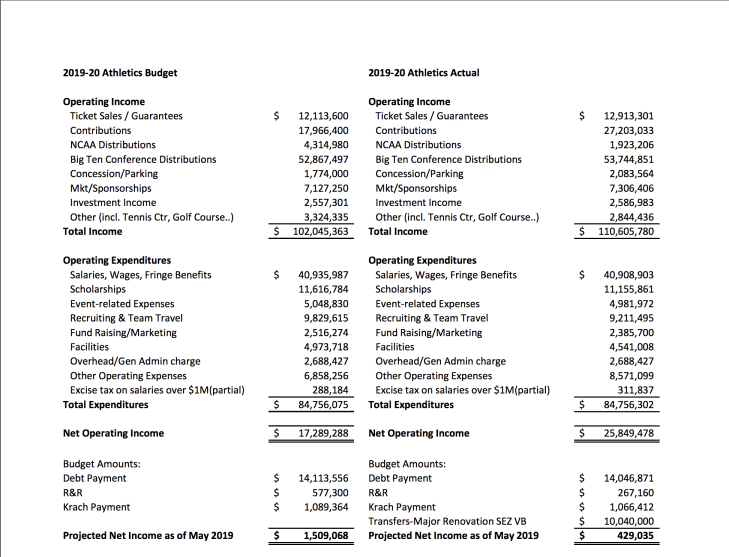 Editor's Note: The Exponent published a story on Thursday in print about the athletics budget based on a budget sheet earlier provided by Purdue Athletics. That information was not accurate to the final expenses, but rather a projected budget. The final budget was supplied to The Exponent later on Thursday.

The rest of those expenses break down into "Debt service payment, our projected R&R (repair and rehabilitation) and our final payment to the University for the $12M we contributed to the Krach Leadership Building," Senior Associate Athletic Director for Business Barbara Kapp said.

The department paid $14 million on loans taken out for facility renovations and construction of new buildings, just over $267,000 in "extra facility projects" focused on repairs and rehabilitation, and about $1 million to Krach Leadership center, to which Purdue Athletics agreed to contribute $12 million when it was built in 2014.

The department initially projected a net operating income of $17.3 million according to a budget sheet The Exponent acquired on Aug. 25 through a public records request, but the document did not include an additional $15.8 million in projected expenses.

Athletics initially declined to comment on the $17.3 million surplus.

Two weeks later, Kapp described the $17.3 figure as a "starting point," and provided the Exponent with an updated document on Tuesday. This was following a virtual press conference with Athletic Director Mike Bobinski in which he declined to answer questions about the budget. That document included the debt payments, R&R and Krach Leadership Center payment, but did not include the $10 million dollars paid for the new video board.

Despite strong offensive start, Packers know drops have resulted in ‘a lot of yards left out on the field’

With a future so bright he’s got to wear shades, Aaron Jones shows he’s an upper-echelon NFL back

The new budget sheet given showed a total net operating income of $1.5 million, which the Exponent interpreted as a final surplus.

Thursday morning, after a story based on the 2nd budget sheet was printed, a third "Actual" expense report was sent to Exponent from Kapp.

This third document showed all of the department's expenses, as well as the final net income of $429,035.

Kapp attributed the lower surplus to "all the changes with everything shut down prior to post season basketball play," but the department actually made about $8.5 million more in gross income than anticipated. This was mostly due to the department receiving almost $10 million more in contributions than expected.

That extra $10 million was "restricted specifically for improvements to football facilities and used to offset the expense of the video board," Purdue spokesperson Tim Doty clarified later Friday afternoon.

The construction of the new video board was listed under "Transfers-Major Renovation SEZ VB" in the final report.