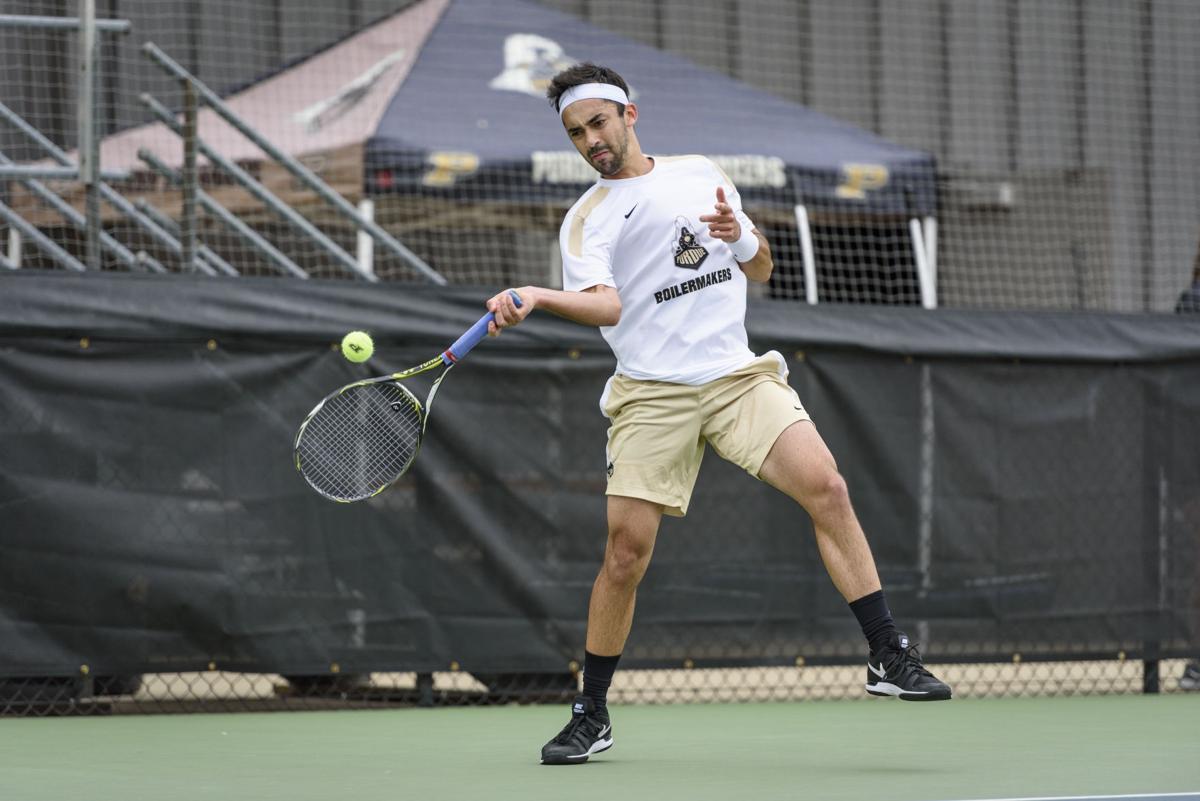 Senior Ricky Medinilla returns the ball during Purdue’s matchup against Nebraska on April 16. 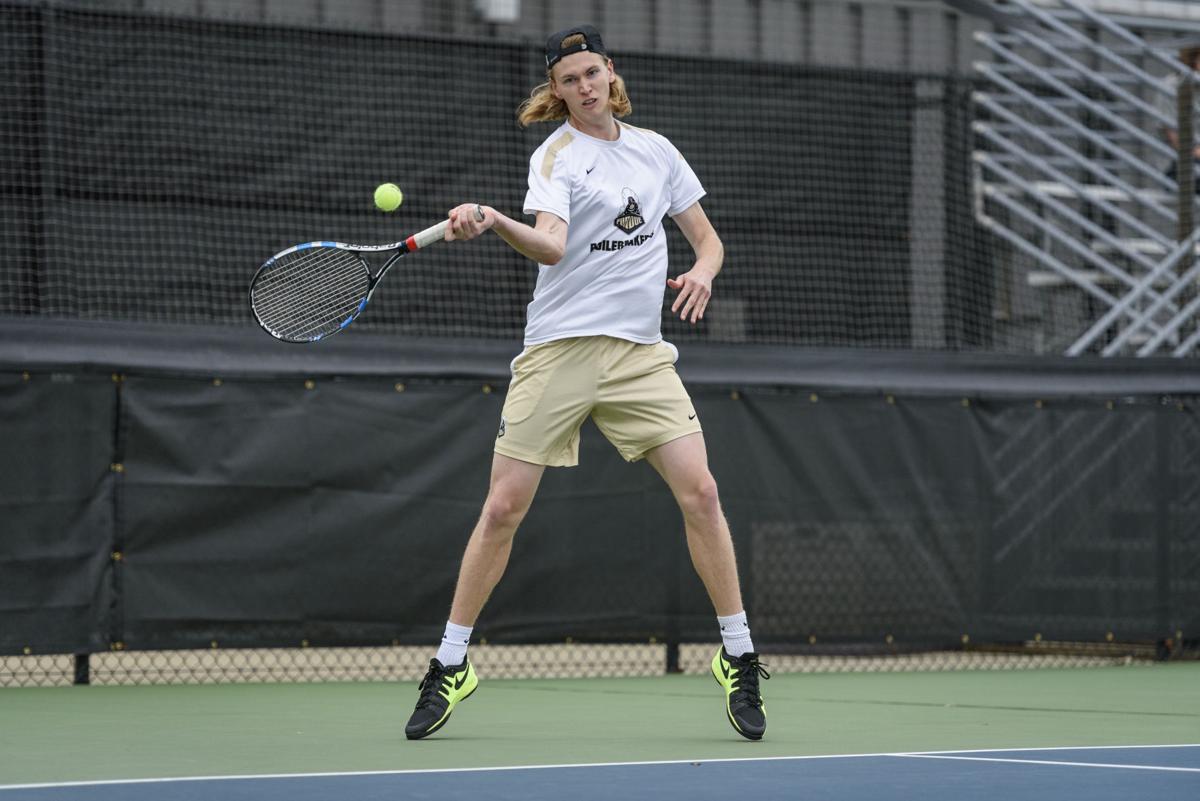 Senior Lucas Dages returns the ball during Purdue’s matchup against Nebraska on April 16 at the Schwartz Tennis Center.

Senior Ricky Medinilla returns the ball during Purdue’s matchup against Nebraska on April 16.

Senior Lucas Dages returns the ball during Purdue’s matchup against Nebraska on April 16 at the Schwartz Tennis Center.

The Purdue men’s tennis team has three graduating seniors with only one considering continuing playing tennis.

Matt Bouggy, Ricky Medinilla and Lucas Dages have all helped to build the program in their four years on the team. Now, they’re ready to make their mark in other fields.

Growing up in West Lafayette, Bouggy has lived around Purdue tennis most of his life. He started playing when he was around 11 years old, around the time that the Scwartz Tennis Center began construction.

“I pretty much started here, I got to see a lot of the older guys playing here everyday and I always wanted to play here,” he said. “When I got that opportunity, it was like a dream come true I guess.”

Joining at the same time as Dages and Medinilla has helped the trio become close friends, but the team as a whole has had great friendships.

The fact that his teammates all come from different parts of the world has been a great experience in Bouggy’s eyes.

“Playing on a team with people from all over the world, not a lot of other sports have that opportunity,” he said. “And after I graduate I’m planning on exploiting all my teammates and going to all their houses wherever they live.”

Despite not having a lot of play time with the Boilers, head coach Pawel Gadjzik praised Bouggy for everything he’s done to help the team.

“What (Matt) does for the team behind the scenes is amazing,” Gadjzik said. “That guy is a leader in any aspect you can think of.”

Bouggy doesn’t have a job locked down yet, but plans on trying to find one near Washington D.C. to be close to his girlfriend. Having studied management with a focus on finance, he does know he wants to interact with clients on a daily basis.

“I’d rather not be sitting behind an excel spreadsheet all day, I like working with clients,” he said.

Watch now: Turner Corcoran says 'guys felt like they wanted to be back' after bye week

Dages has been a behind the scenes player similarly to Bouggy, having had his first Big Ten conference win this season against Nebraska on April 16.

He’s learned a life lesson from his time with the Boilers.

“These matches, it’s really crazy how no matter how down and out it may seem during a match or a season, there’s always time to turn things around,” he said. “Things can always rebound.”

Dages plans to go to law school next year, with hopes that he is accepted to the University of Colorado-Boulder where his brother has already been accepted for undergrad. Dages said he’d enjoy spending time with his brother again.

Medinilla has made a big impact on the men’s tennis team, having received multiple top 100 rankings in ITA singles and had the highest ranking since 2005 of No. 84 his sophomore year.

The Mexico City, Mexico, native has been invited to represent his country in the 2017 Summer Universiade in China. He plans to take lessons he learned from his team and coaches with him as he continues to play the sport.

“Having a positive attitude is one of the most important things,” Medinilla said. “Trying to enter each match enjoying it as much as you can, cheering yourself up in tough moments is very important.”

Seeing his players get opportunities like these gives Gadjzik pride in what the team does and accomplishes.

“It speaks highly about what we’ve done here, I can’t help but pat myself on the back,” he said laughing.

Medinilla’s rankings have given him a bit of confidence that he can perform when needed to most.

“Being ranked individually or in doubles makes you feel good, it gives you confidence you can give your point to the team,” he said. “The most important thing is winning as a team, no matter if I win or lose.”

After the Universiade games Medinilla will make a big choice, deciding between pursuing a pro career after consulting with coaches in Mexico or entering the workforce, where he already has a job offer.